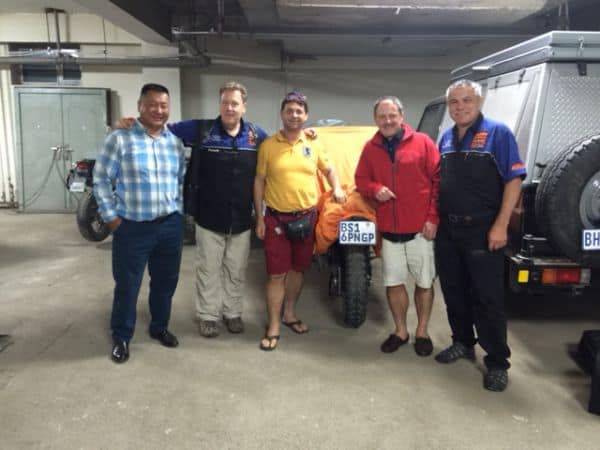 I woke up this morning after only 6 hours of sleep, which might not sound so bad, but I was awake for 38 hours before I got into bed as yesterday was a tough day, our 5 hour stop in Hong Kong became 9 hours and when we eventually arrived in Ulan Bator we went straight to the storage which was inside a construction companies yard, (see the owner of the company in the photo above.) Some of the bikes fuel were stolen and then my best friend old Murphy  (known for his famous Law) arrived and Snowflake, my trusted KTM for almost 33 000km would not start and a new battery had to be fitted, (we now only have one spare battery left in the back-up vehicle.) 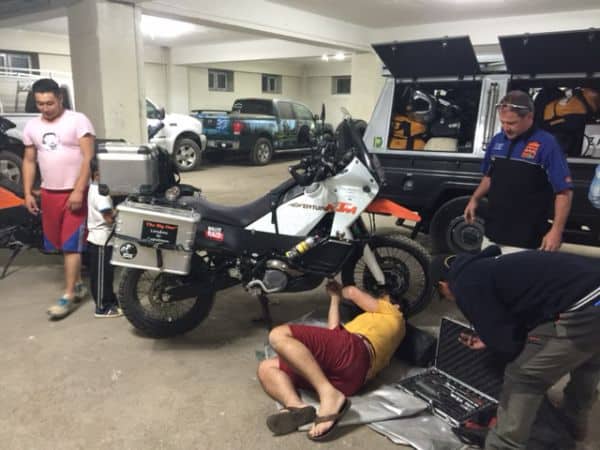 We met Gregg, the back-up driver for this Leg, he is ex-army (Marine) and is now a police officer in Houston where he befriended Tex after locking him up for something (just a joke, they cycle together.) 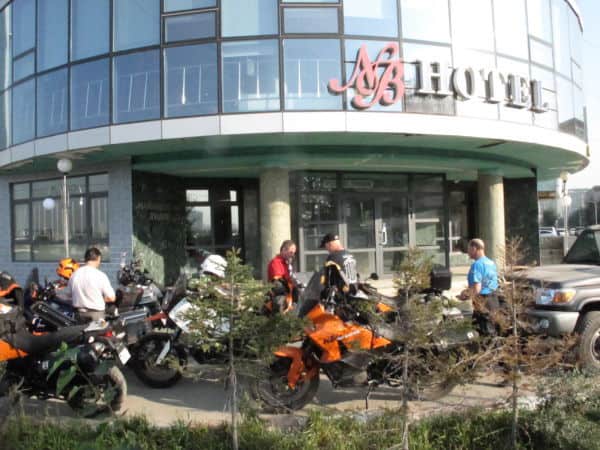 We were going to leave early but Pie believed one of us had hidden his new riding boots which he had placed next to his bike, the orange bike on the right of the photo above and poor Peens was the main suspect as he was still blaming us for “losing” his painting (the painting the Russian Insurance Lady gave him on the previous Leg) but after the hotel’s CCTV was viewed we discovered that the boots were stolen by a local who walked into our group and pretended to admire the bikes and then quickly picked up the boots and walked away.

We first had to go to the city center to get the supplies of fresh food we had to take with us to the dessert camp (they would cook it.) Getting onto the right road was not easy and we wasted another hour trying to find the correct road, there are no signage and our GPS’s dont have Mongolian Maps and eventually a very pot-holed road turned out to be the main road going South. The road improved a little but every now-and-then would deteriorate and then everyone would swerve and weave through the potholes.

We had a lunch stop where the only way to order was just to point at other peoples food, I chose the same these two boys were having. 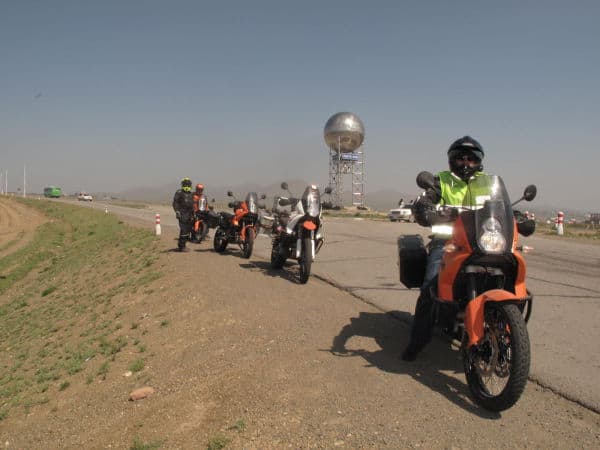 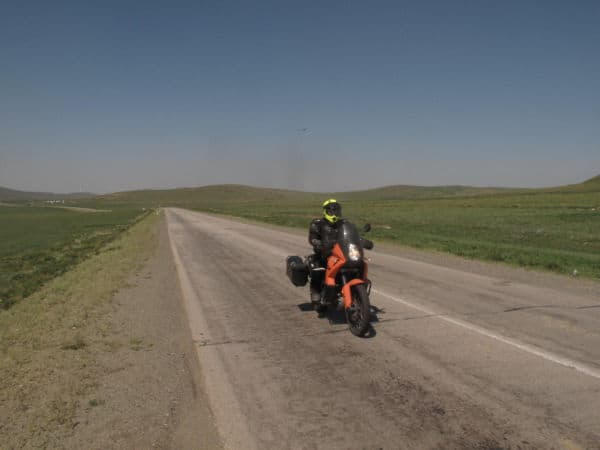 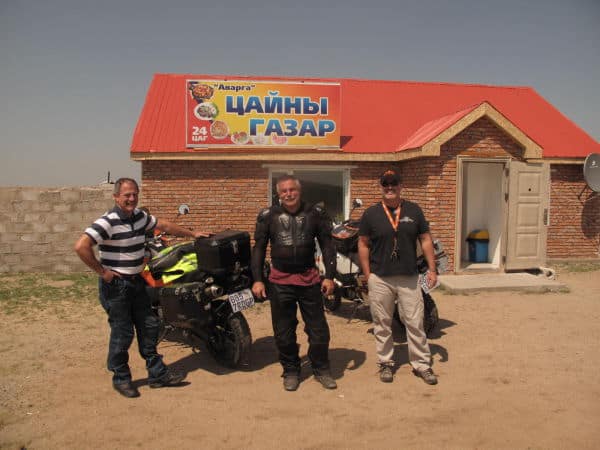 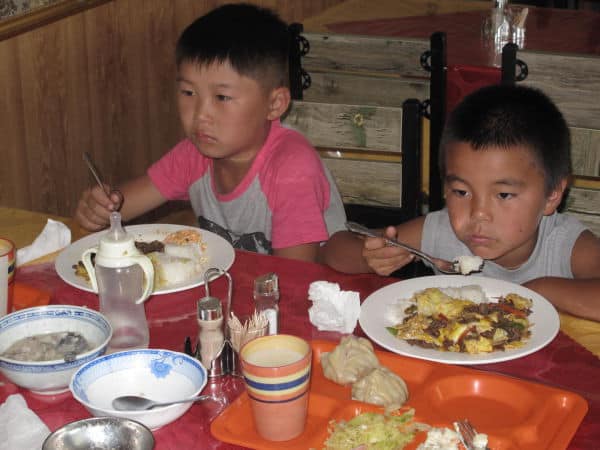 We had to meet a guide next to the side of the road at a village and we then followed him into the dessert. I was inspecting it to be more like the Namib Dessert but luckily for me (who hates riding in soft sand) it turned out to be hard two-track sand roads. The dessert is not a dune-belt dessert and they had rain before we arrived and the entire dessert was covered in a green grass and small flowers. We followed the guide who thought it was a race for 50km until we arrived at the Dessert Camp we were going to stay at. The Ghurs  or Yhuts we stayed in were very comfortable and we even had a shower-tent, but sadly the Long-Drop was about 100 meters away, but I have to add, at least not a squatting type. 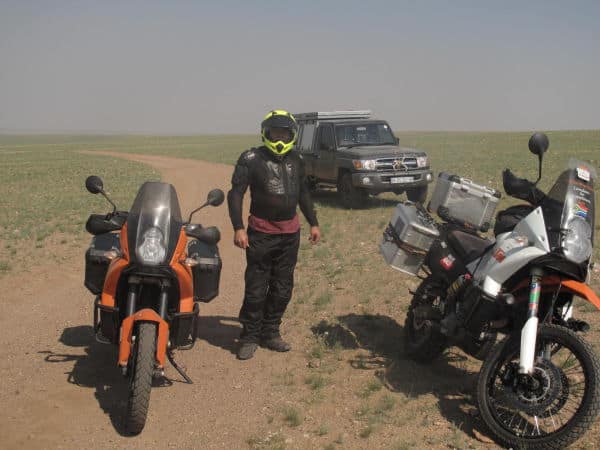 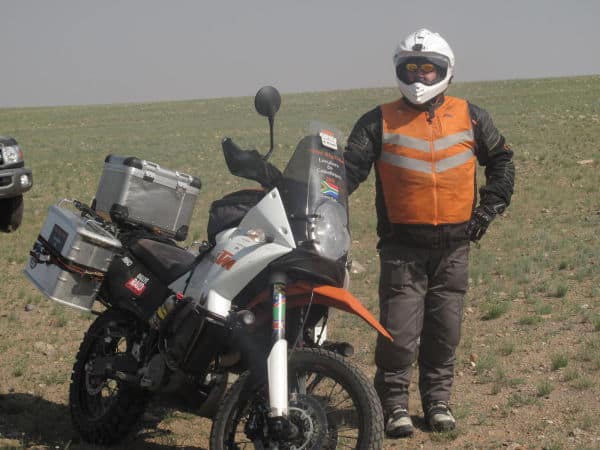 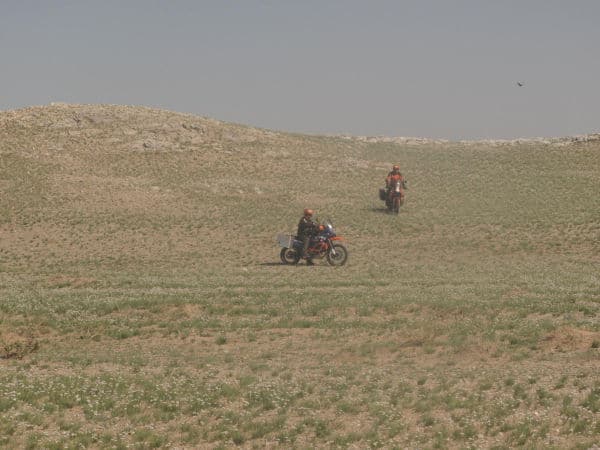 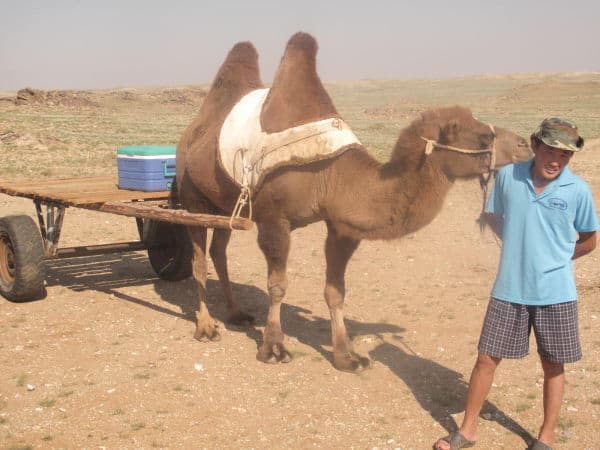 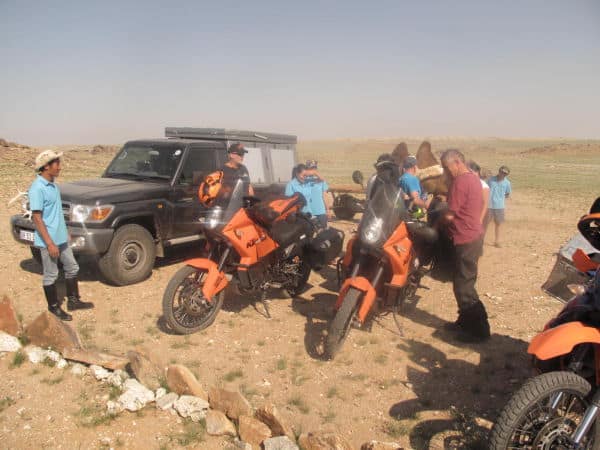 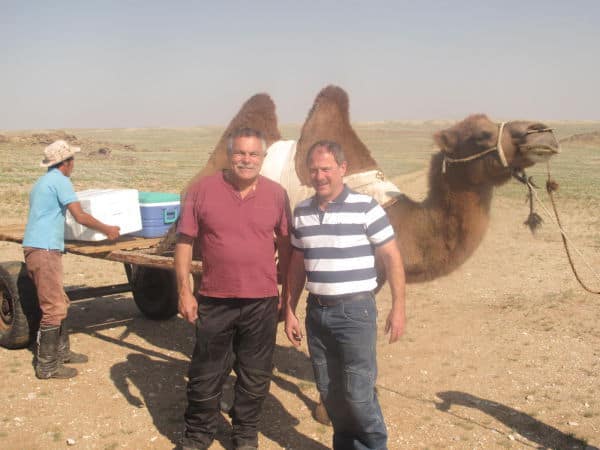 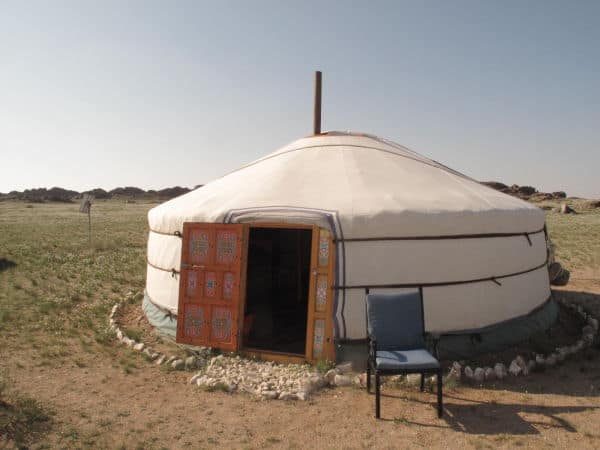 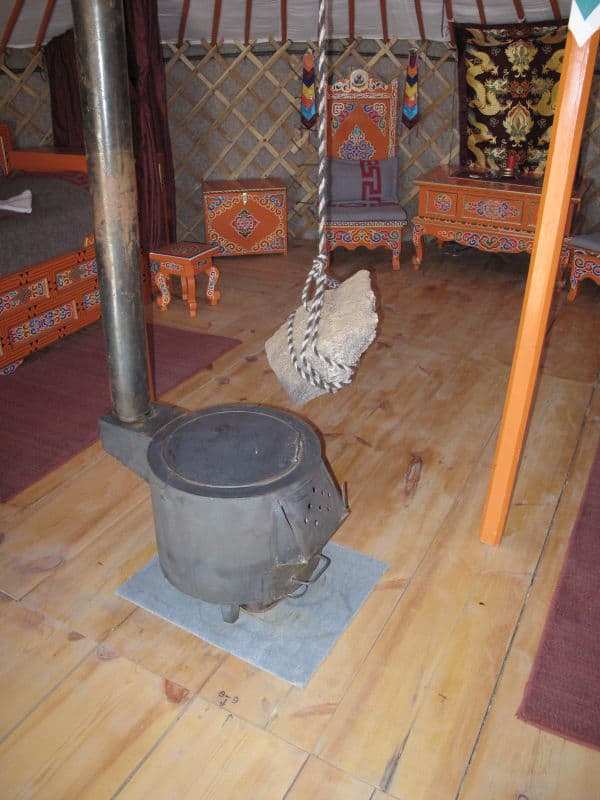 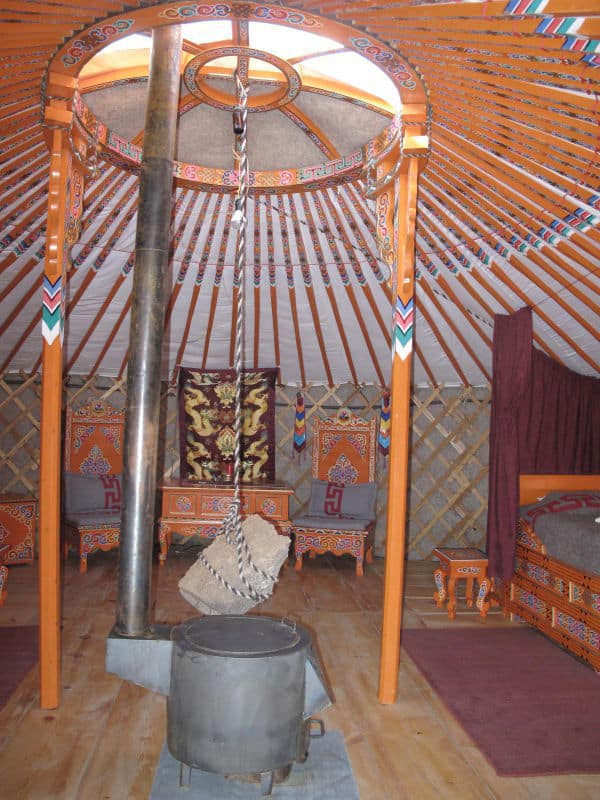 The dinner was very good and the best Mongolian food I had ever tasted. It was only the 6 of us and one other family from Italy.

Every Gher has a a light or two which runs off a solar panel and a car battery. It was very difficult to have no cellphone signal or Wi-Fi for the two nights we stayed here and then we had a third night in the dessert at another camp also without any communication, (and no shower and no mattresses and no long-drop which I could use, but more about this when I have caught-up with doing the posts.) It is now actually Monday evening and we are in Erenhot, we have crossed the border but the bikes is still at the customs yard as it takes much longer for them to be cleared, we hope that everything will be done by lunchtime tomorrow and then we can leave. Our hotel has very limited Wi-Fi and in the morning I will buy a Data Card so that I can up-load the photos faster and hopefully I can catch-up before we get our local number plates & local drivers license.