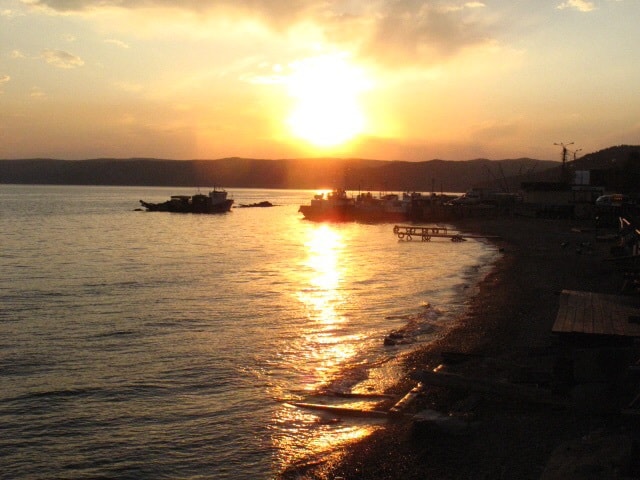 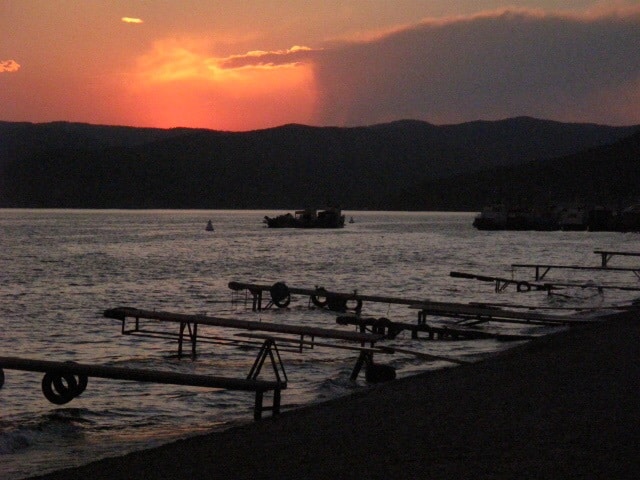 Last night we went for a stroll along the lake (Sergey and Tex went for a 15km run before our little walk, they are making us feel very guilty.) We stopped at the local fish market and bought some smoked fish found in the lake, Omul & Grayling, Sturgeon is also found in the lake but may not be caught. 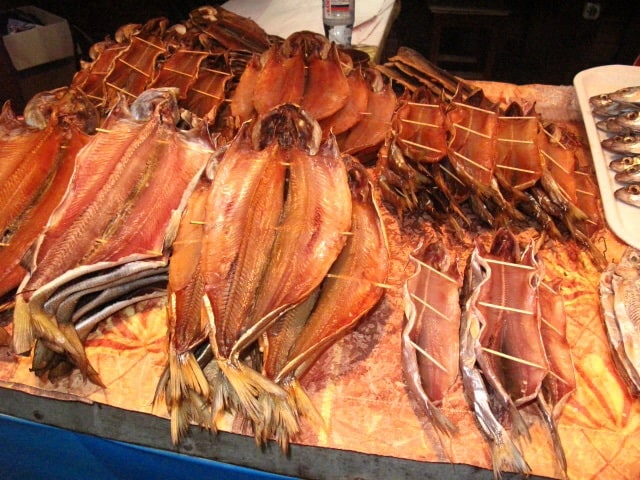 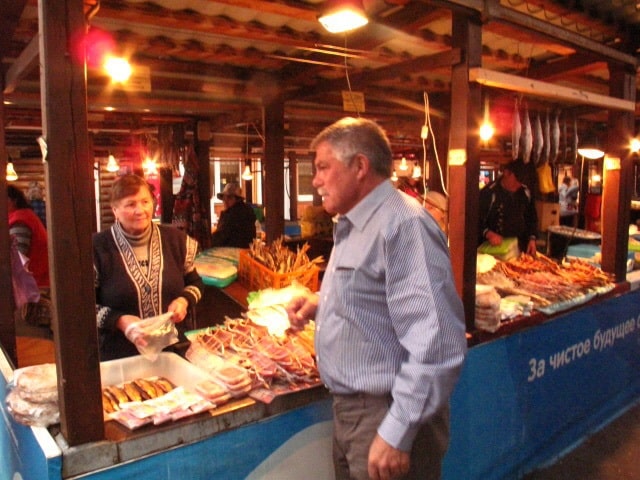 We found a little street cafe where we could order kebabs grilled outside on an open fire.

This morning we went to the Lake Baikal Museum, we were blown away with the very high standard of the museum, the guide spoke very good English and the tour lasted about an hour, then we were taken inside a submarine and the portholes of the sub were video monitors that all worked in-sinc so that it felt like we were actually under water and that we actually went down to 1640 meters and I suspect that they must have had several cameras filming each portholes view during an actual dive as you could see the robotic arm collecting samples and as you dive deeper the fish-life changes and it gets darker and the sub’s lights are switched on.

Then we went upstairs to a classroom with microscopes and each were giving a little dish with small shrimps and other micro organisms which we then studied through the microscope.

There was also an aquarium as part of the Museum with all the different species of fish and even 2 live freshwater seals. I thought the were just very fat as they were in an aquarium and presumed they wild seals would be slimmer, but in the video footage taken by the sub a seal swims up the the one porthole and they are not slimmer in the wild, they look different to any other type of seal I have ever seen. 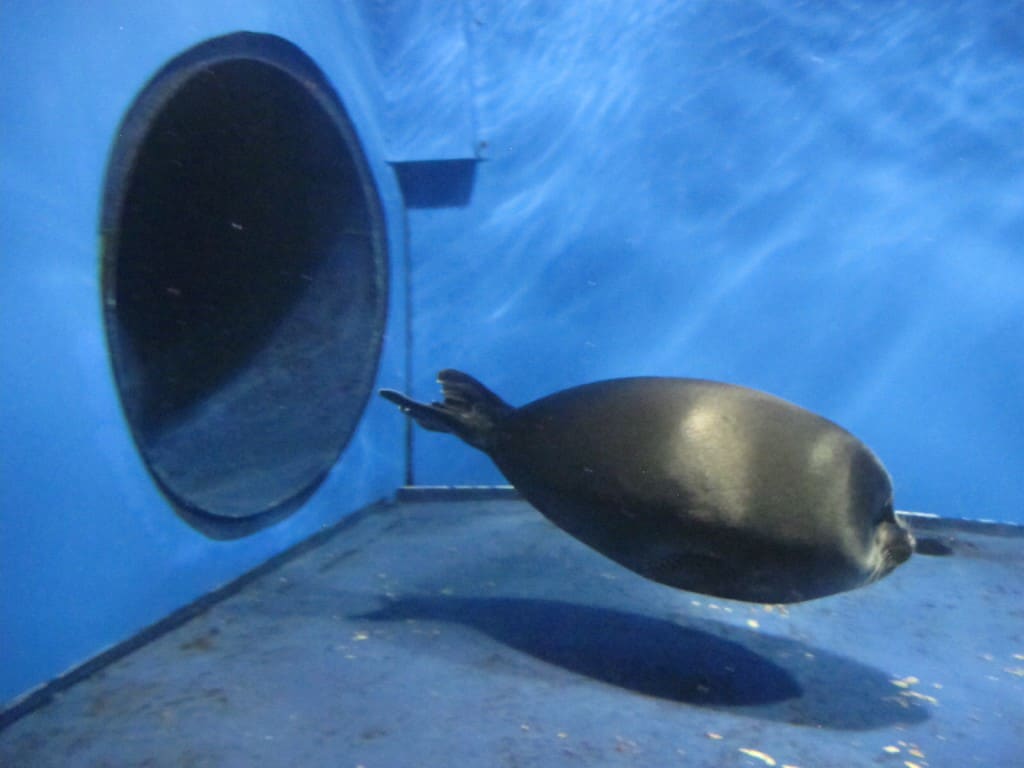 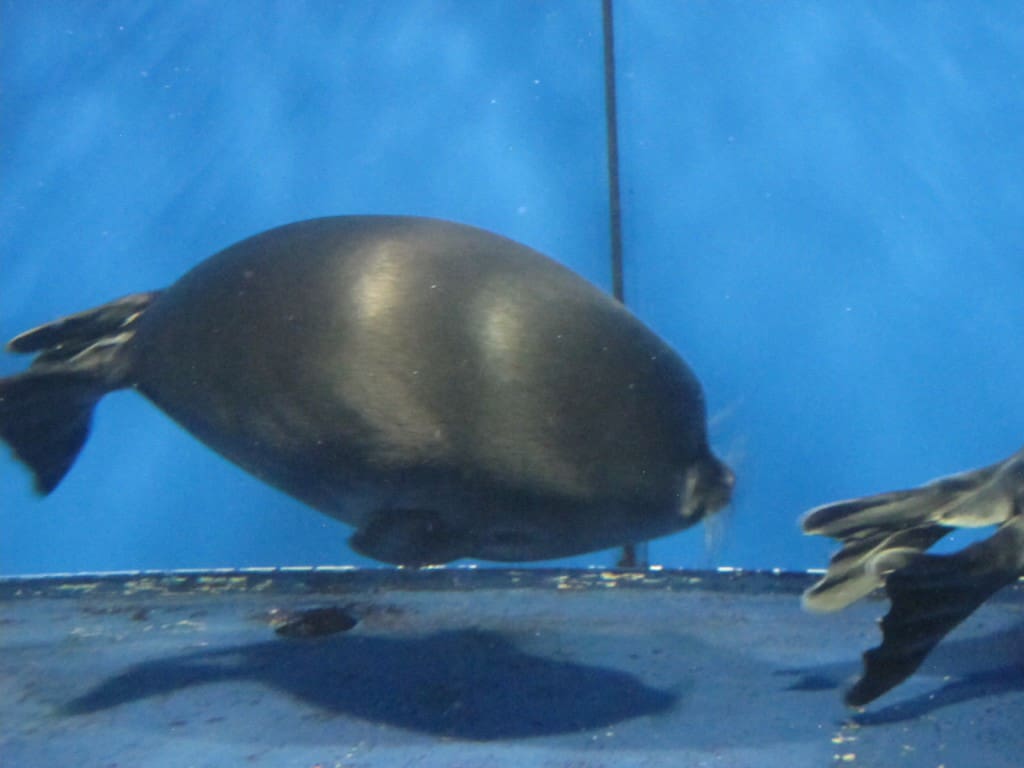 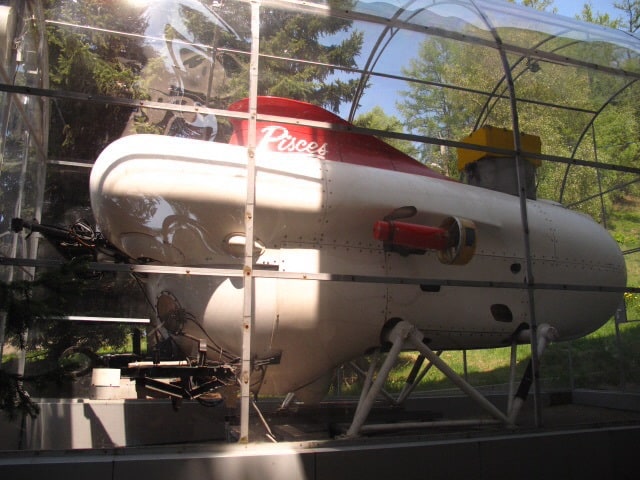 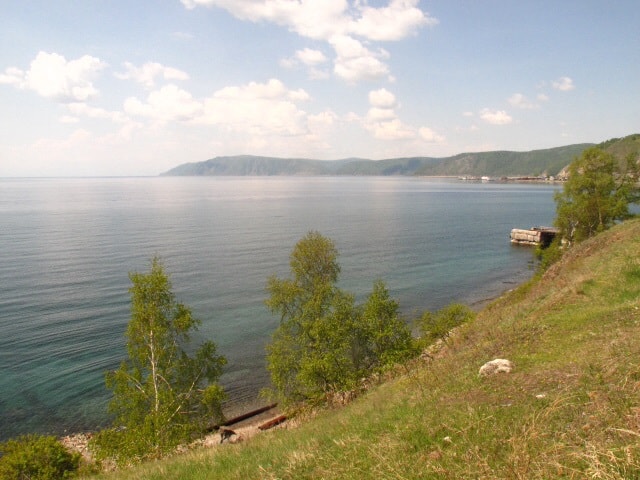 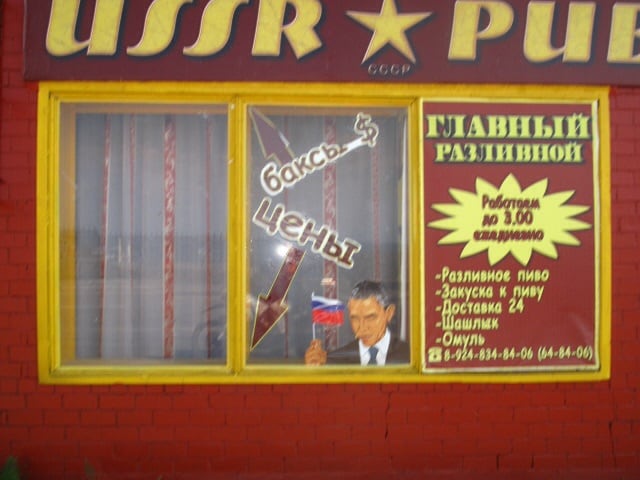 Tomorrow morning we start heading towards the Mongolian border, following the road all along the edge of the lake.