Last night we went out and walked around at the little towns market, saw some interesting fruit. We were a little worried to eat there (as we are already nursing some of the groups stomach problems which I will not go into,) and it looked a little dodgy, this is a very small town and only has one little hotel, so not your tourist mecca.

We found a open shed type “restaurant” which eventually after some enactment of animals and dishes managed to order and very good and tasty food. (Number of group members now with stomach problems increasing.)

We left at 7h00 as there was no breakfst on offer at The Rose “Boutique” Resort, here I am getting ready in ront of my villa, everything worked, room had air-con and there was a fridge, and the best feature was that you had to sit down on the toilet to be able to see your face in the mirror, and while you are sitting you can also shower, just do not expect to have any toilet paper when you need it as that is kept inside the bedroom, (to prevent it from getting wet while you shower on the toilet of course. 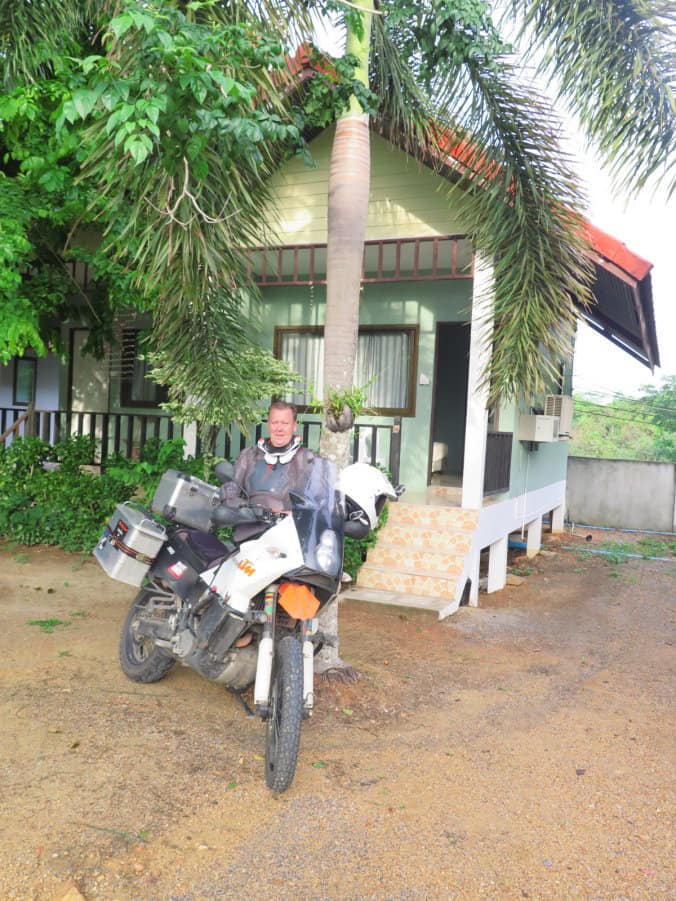 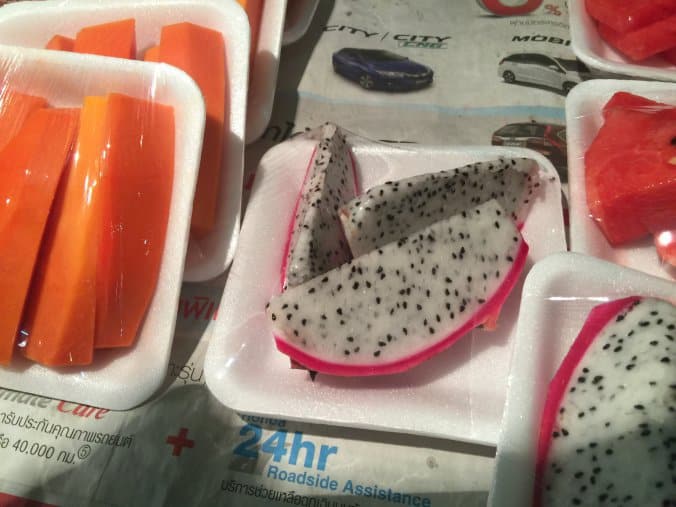 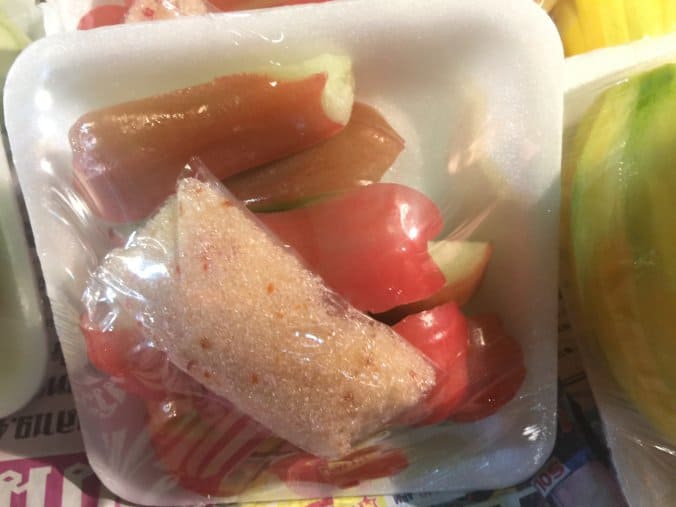 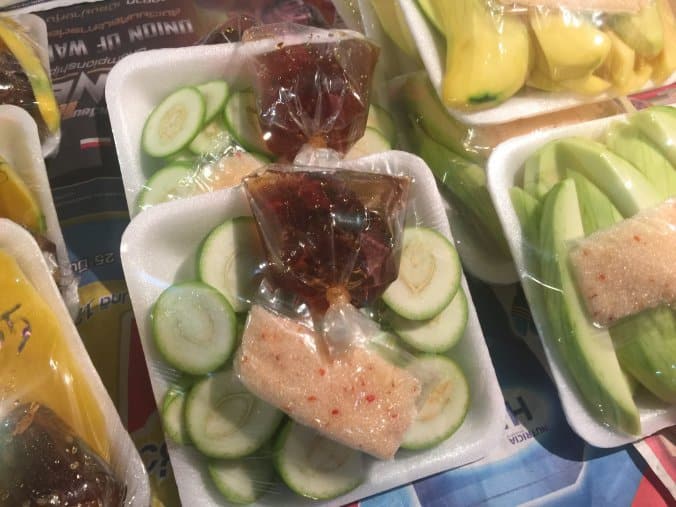 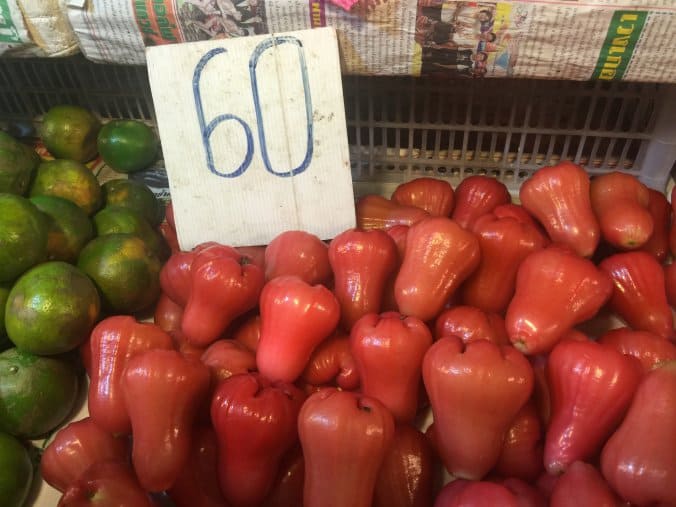 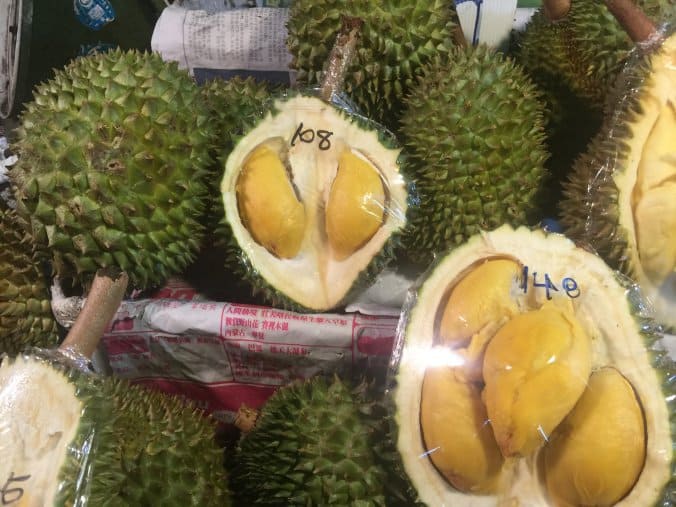 After traveling through beautiful forrest and winding along the small green-road we arrived at the border where I was looking forward to a very quick exit from Thailand and even faster entry into Malaysia. 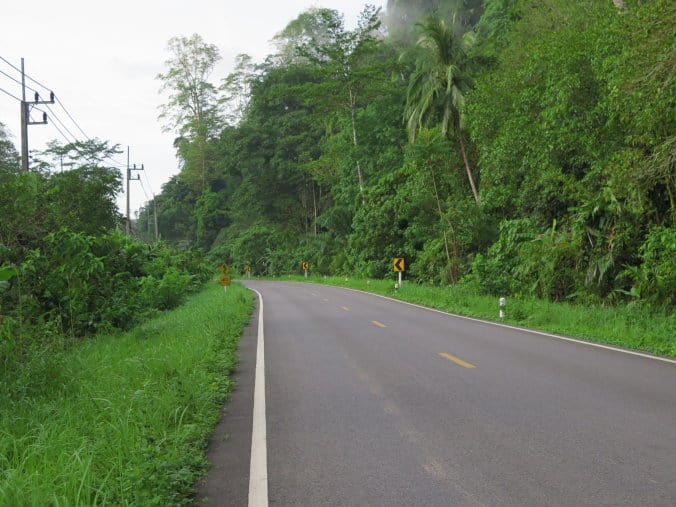 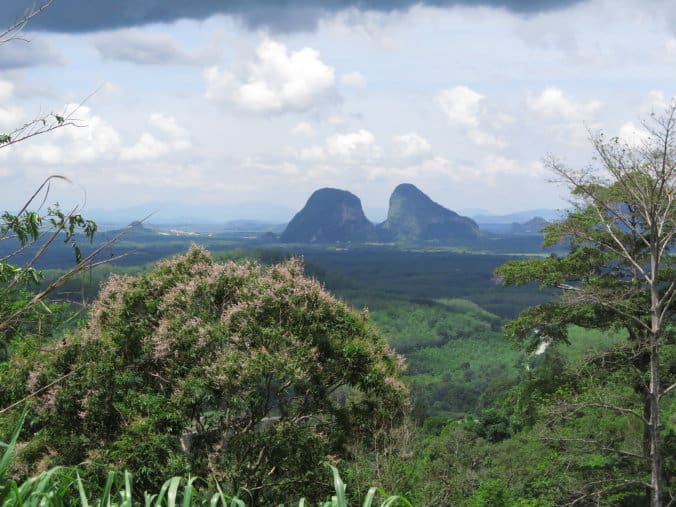 All traveling blogs I had read before this trip was full of praise of how one simply follow the Drive-through windows and get into Malasia with in minutes. Wel to all of those people who posted these encouraging words, THANK YOU FOR NOTHING !!! Next time also mention the insurance that has to be bought from a bank in Thailand BEFORE you arrive at the border. We were stopped at the last window and had to park the bikes and walk back to Thailand to the little kiosk selling Insurance where we were met by Manuel (the waiter from Faulty Towers) who was manning the office on which must have been his 1st day at work, and yes, many photocopies had to be made and also many documents had to be printed, lucky for us the printer was running on some home-made plan that did not work, so Manuel resorted to taking photos with his phone, then mailing it to his computer and we still don’t know what would have happened next as before I knew what was happening Rocky had taken over the man’s chair and was filling in our forms and after 2 hours, we still had not paid or had any hard-copy of the said insurance. By then Peens had found a woman selling last nights fried chicken (I suspect more stomach problems on the way,) and Pie had managed to get the Wi-Fi password for the insurance-mans internet, so while Pie was sucking the net dry, no insurance was getting issued, so Peens and Hennie went looking for coffee and found the new Chief-of-the-Border who invited them to his office for cookies and tea. Tex was still running into a brick-wall with his failed correspondence with the shippers in KL and eventually Rockie flashed our medical insurance forms to his new best friend at the border gate who then using our medical insurance issued us our accident\road insurance. I don’t know what will happen if we have an accident, but I doubt the medical-guys will pay the panel-beater in Malasia.

By the time 4 hours had passed we were issued with all the incorrect paper-work and was just about to leave when Peens and Hennie emerged frozen from the Big Boss’s office and said they wanted to meet us and we had to eat cookies and drink tea, eventually all the senior people joined us and we were interviewed and there was a cameraman taking photos of our meeting, I also managed to snap a few photos. 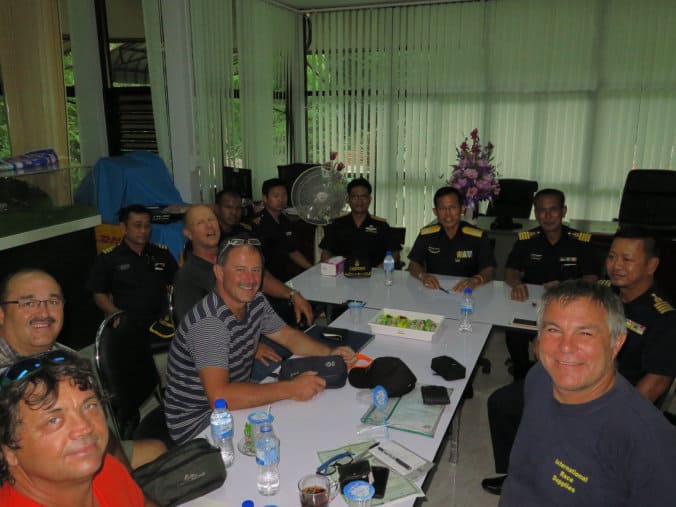 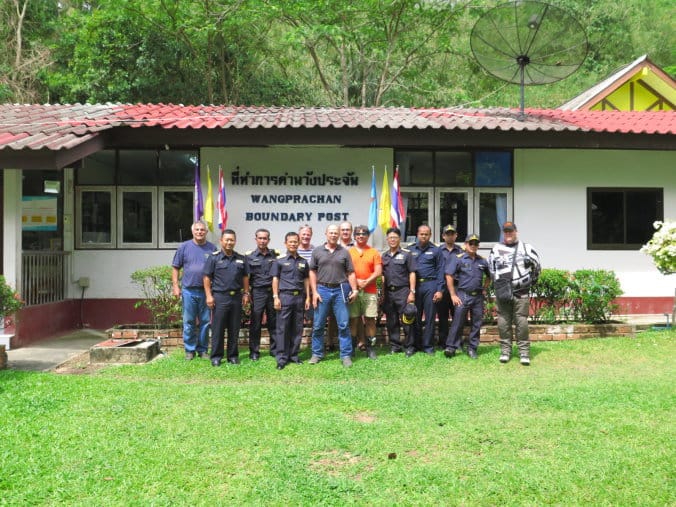 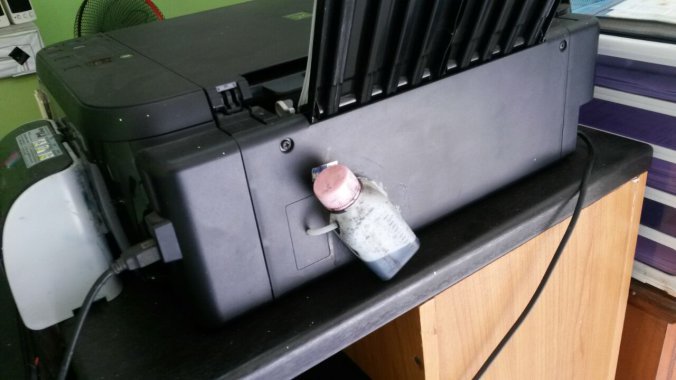 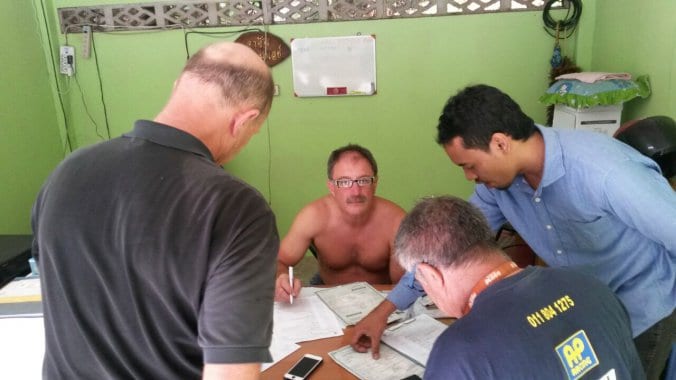 Did you see the printers ink?

We did not make it to where we were planning to sleep tonight, I could blame the 4 hours lost at the border but the stomach-problems also played its roll. Tonight we are on the island of Pinang and rode over an 7km long very impressive bridge, we are sleeping in the town of Georgetown, and tomorrow we will be leaving at 6h00 to miss the traffic here and make sure we arrive in KL after their morning traffic, hopefully Tex will get things set-up so that we dont have to spend too much time in their offices and that we can leave to sight-see a few coastal towns in Malaysia before we fly-out on Saturday.

To those “friends” of Pie who dont believe the spoking of the rim was done successfully, here is the photo I should have posted as proof. 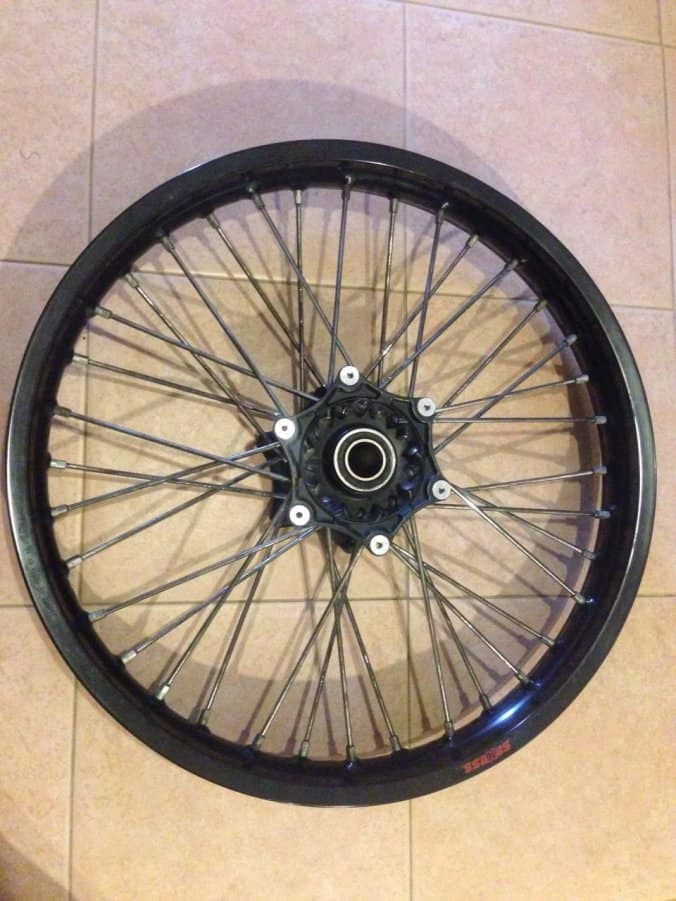