I stepped onto the Gautrain at 16h00 on Thursday afternoon, and today Tex picked us up at the airport 27 hours later, 27 hours of non stop traveling (apart from a few hours spent in the Airport lounges at OR Thambo and in Atlanta.

But there was no time for resting after arriving at Tex’s house, there was work to be done on the new bikes.

Tex stays on a Marina on Nassau Bay which joins-up with Galviston Bay, and it is about an hour by boat to the Gulf of Mexico from his house. It is a lovely area and in the section of the bay in front of his house now, at 18h00 on a Friday afternoon (1h00 in RSA) there are several residents taking a Sun-Set Cruise, I see another family getting ready to water-ski and there are even a few fishermen on the water. 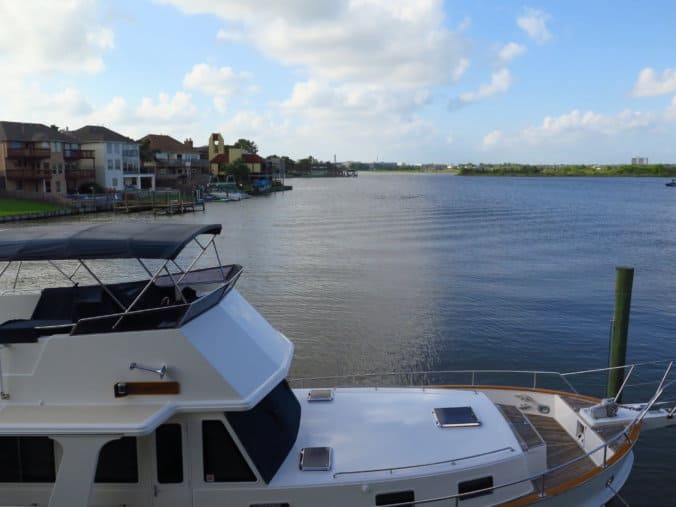 Tex prepared as much as he could onto the new bikes but each guy wanted to add his own personal touches and preferences to the his bike and set-it up the way he prefers it. Peens and Rocky were fitting GPS’s and a few other things, 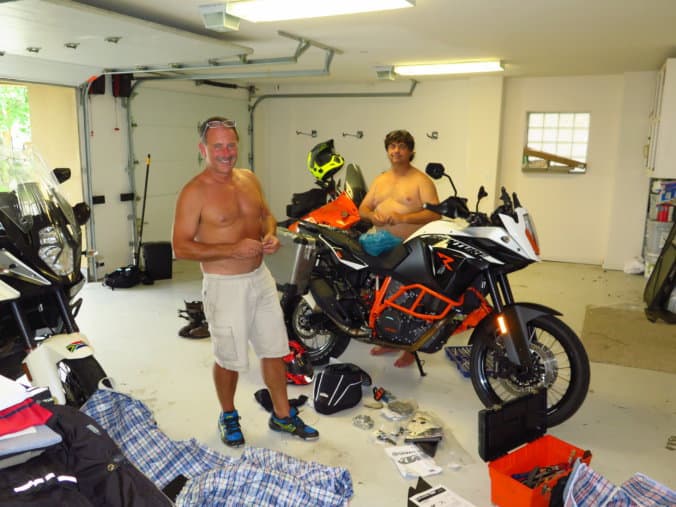 Milsy was finished 1st, he only stuck one Sticker of the RSA Flag onto his bike and then fitted the new locks for his panniers. 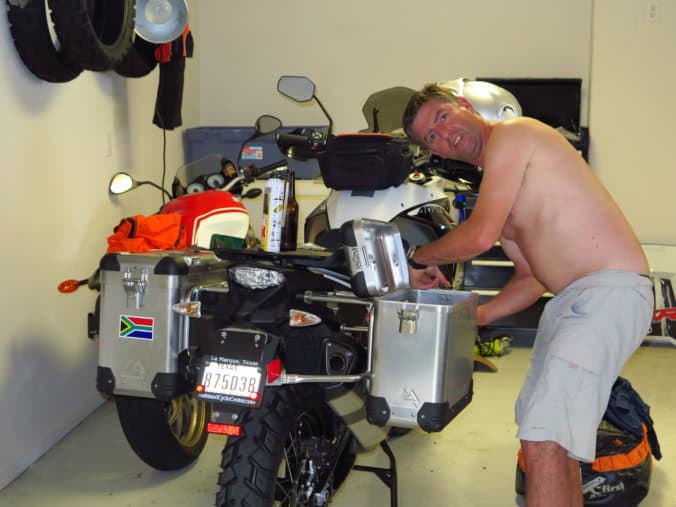 Pie, who is using his original bike (as it came from the USA and not from RSA like ours) had no work to do on his bike and helped the people who were Technically Challenged (like me) and I could concentrate to stick the flags of all the countries we have traveled through onto my two panniers. 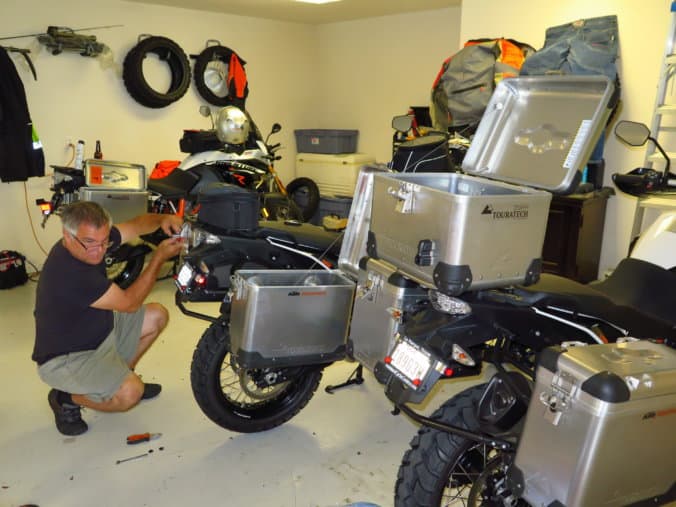 I also added the Africa Look to Dad-Ass, the name my daughters has given my new Beast. 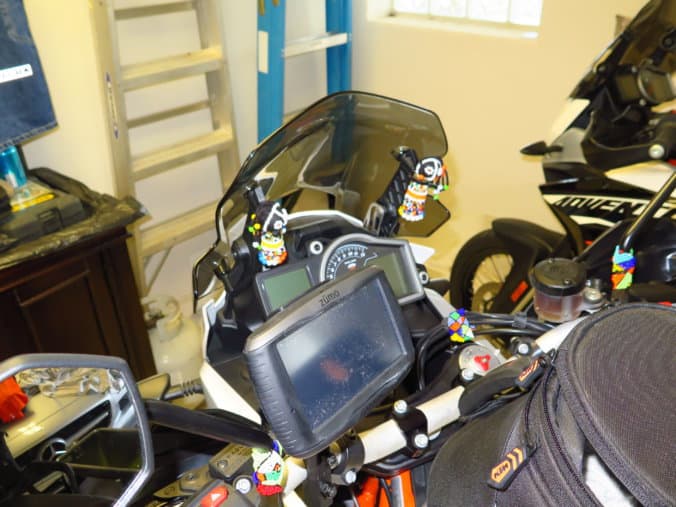 While we were busy working, Dog arrived,  (you might remember him, the Policeman from Houston and a friend of Tex who drove our Back-Up Vehicle on the Mongolia\China\ Leg,) he rides a huge Harley. 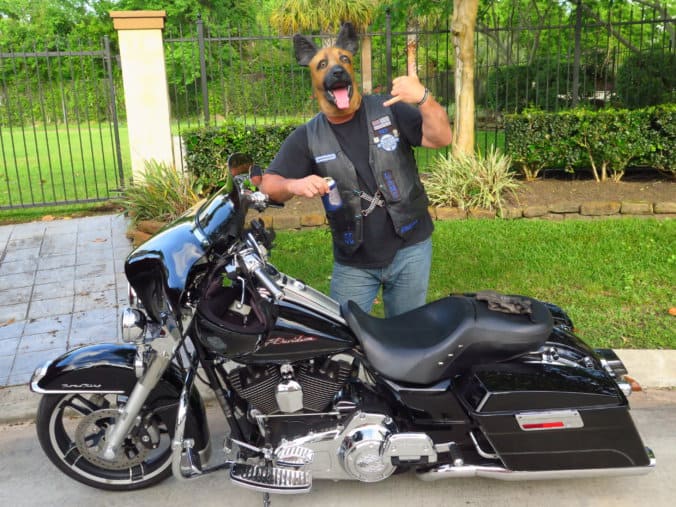 I was just told that we are not allowed to go to bed early tonight as we have to “Break” the Jet-Lag and stay awake until at least 11pm. So Tex has told us to put on our Dancing Shoes as we are going to learn how to “Line Dance’ which apparently is some type of Cowboy Dance. I will post some p

U.S.A Here We Come (some already there)