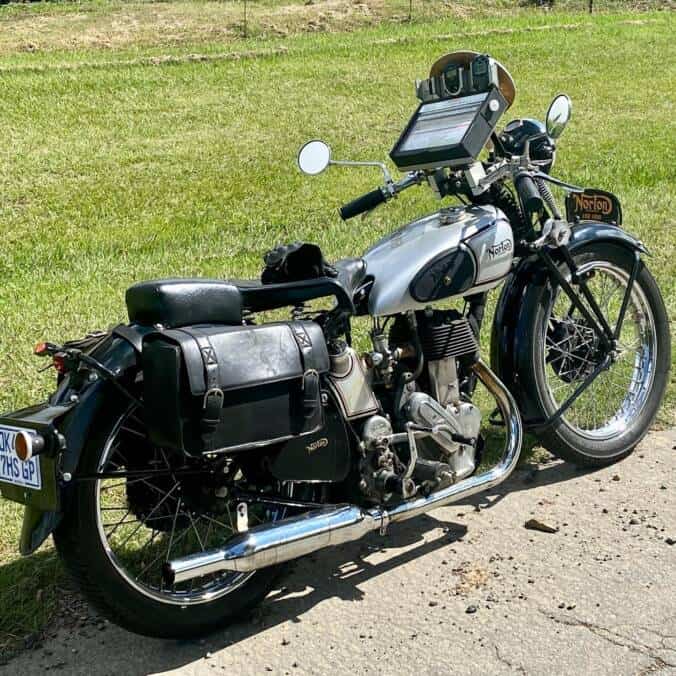 Meet Nora, a 1936 Norton 500cc, she is 86 Years Old, the oldest of all my “Old Things” I have relationships with, we have a very strange relationship, she stays on my patio at home. But once a year she gets taken out on a date, actually a long weekend away, a dirty weekend.

Together we came 44th in 2020 on the DJ Rally but she hardly made it, the motor was vibrating itself into pieces, the exhaust rattled off, so did the back Mud-guard, but she carried me over the line. During Covid she received some love and the motor was re-built and all the damage on her repaired, she even got a set of Leather Panniers. This year we made it to position 25 out of 109 Contestants. 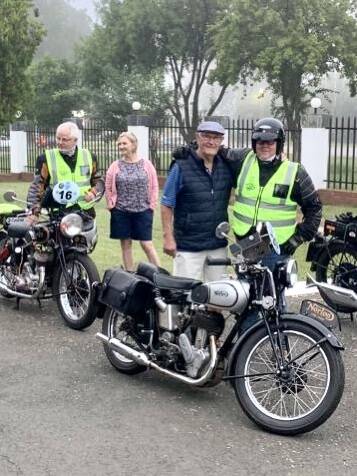 The DJ Rally is a Commemorative Time Trail Race commemorating the days when the guys raced from Durban to Johannesburg, on the national roads, lots of it still gravel. In 1936 the Authorities stopped the race and then 52 years ago the race was re-instated as a Time Trail, spread over 2 days, following the old back roads to New Castle and then to JHB on day two.

One is given a Route with certain Way-Points on it which one has to follow, one use a Stop-Watch and one need to arrive at certain Way-Points at certain time, which is difficult if you don’t have a Speedometer and no modern GPS are allowed.  You scroll from one point to the next, for example it might say that when your Stop-Watch reaches “4 Hours, 23 Minutes and 18 Seconds you must be driving past a Post Box.” The winner is the guy who pass  hidden points closest to the time he had to pass that point, so one has to travel the entire day as close to the speed they tell you to ride at, you can check how far you are off by the points they have on the route, but the hidden points are between the points on your Route-Scroll. Every Contestant has a Logger in his pocket which show how accurate you followed the route and speeds you had to travel at. The speeds then also gets increased to 60km on the open road, but the Clerk Of The Course this year must have been a Sadist as he often changed the speed down to 30km\p\hr on a downhill, or 60km\p\hr on an uphill. 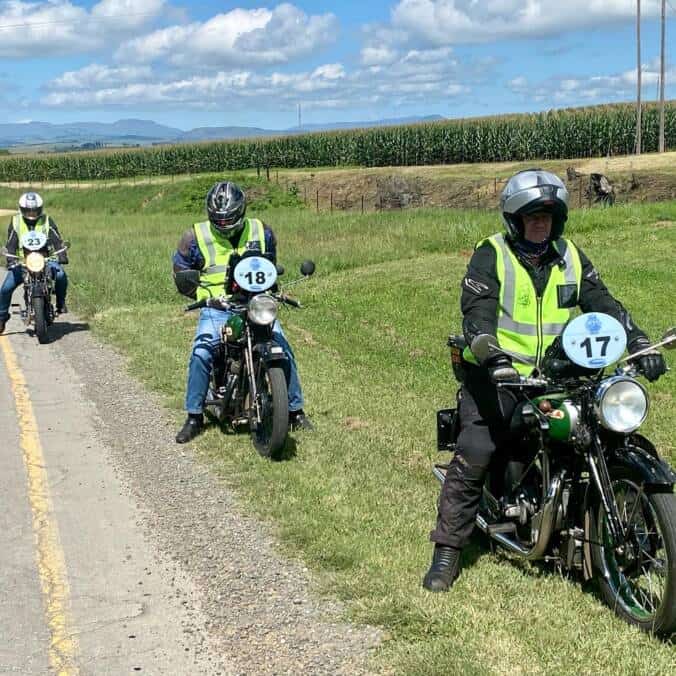 Here we are waiting to start our next Leg of the route, we are all one minute apart. 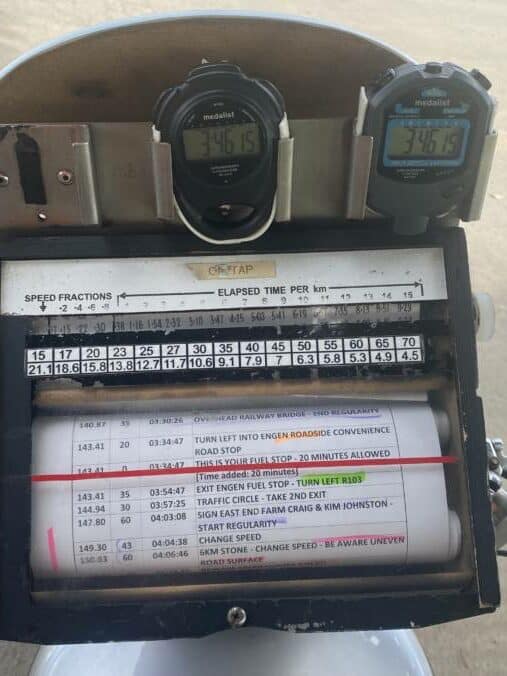 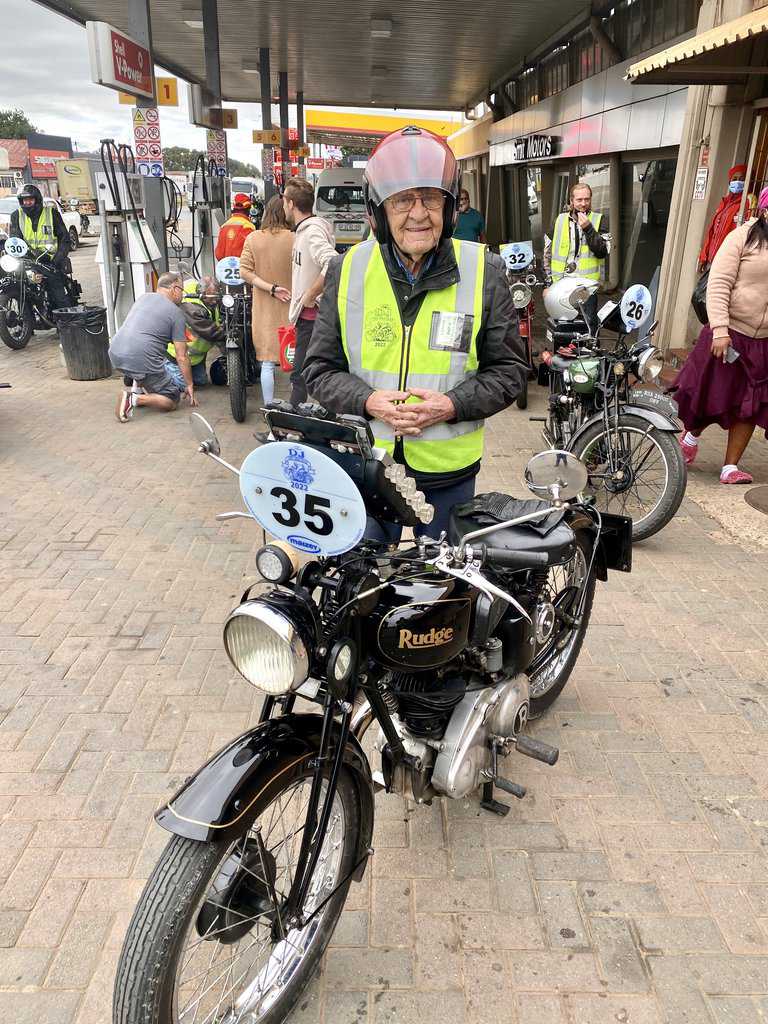 Do you recognize the small guy in this photo? 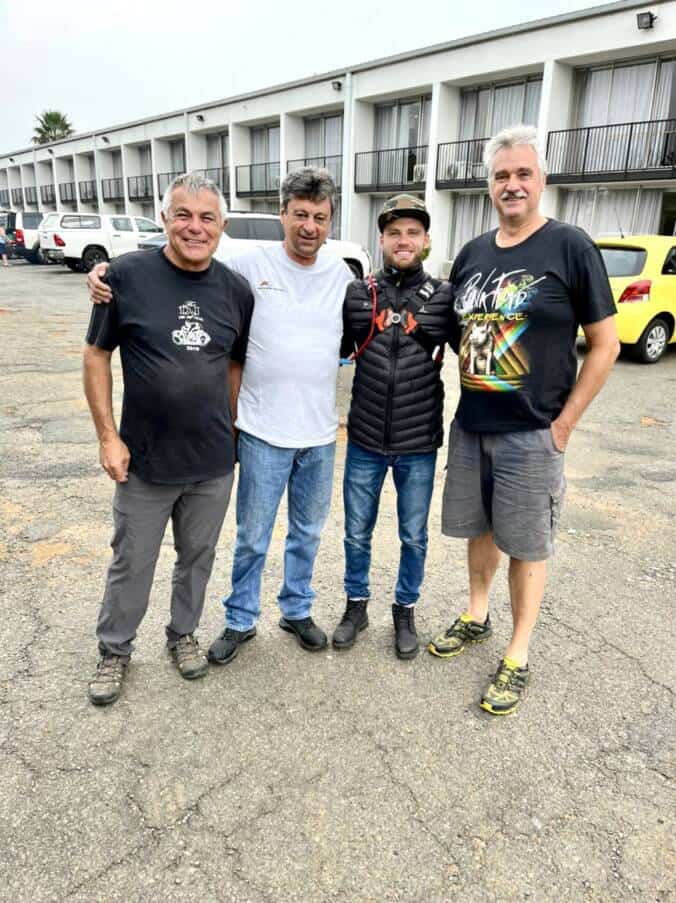 There were 109 contestants this year. Once again Brad Binder (the small guy above, like a Modern Day Jockey on an Iron Horse) and his brother Darrin Binder took part, Brad had a puncture but finished, but I beat him, unfortunately his brother beat me. See the 1st photo, do you recognize those two helmets, (Binder Brothers.) Here are some photos: 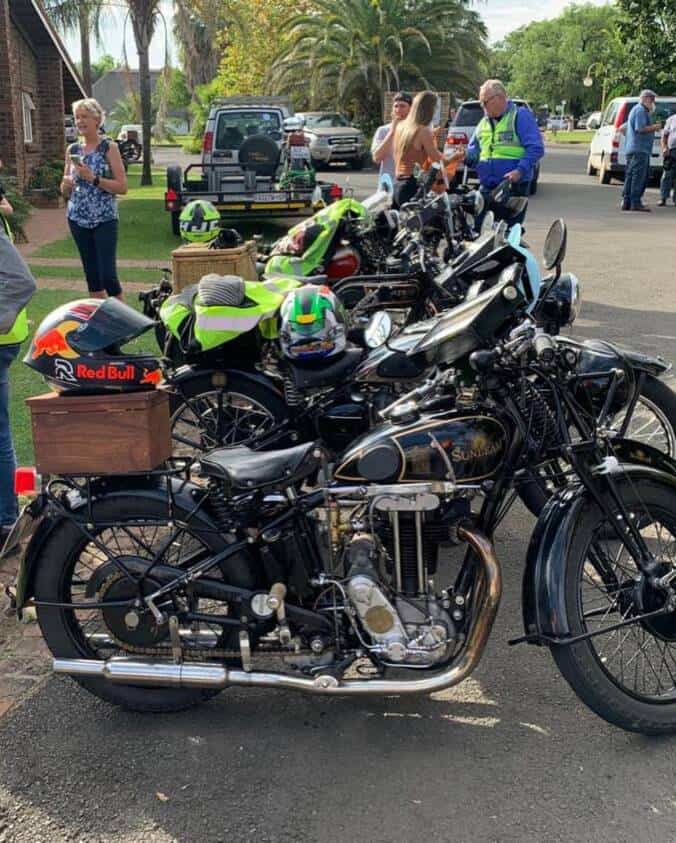 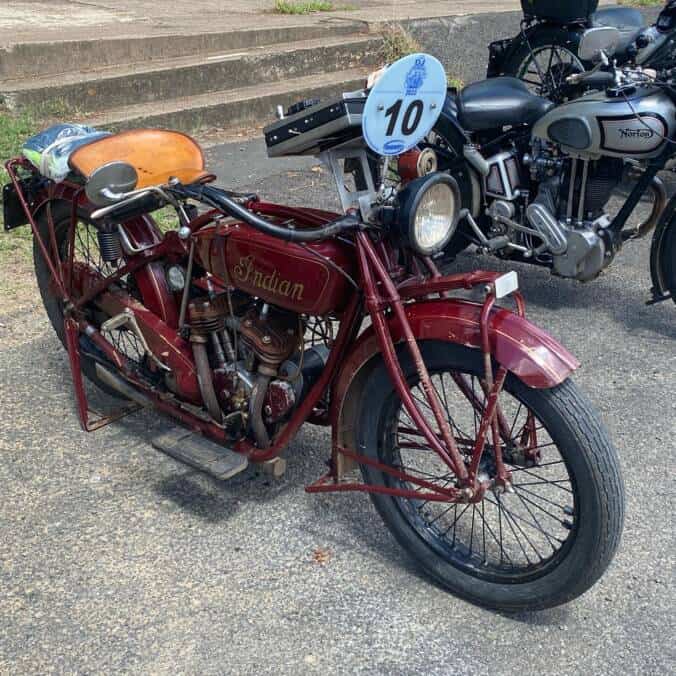 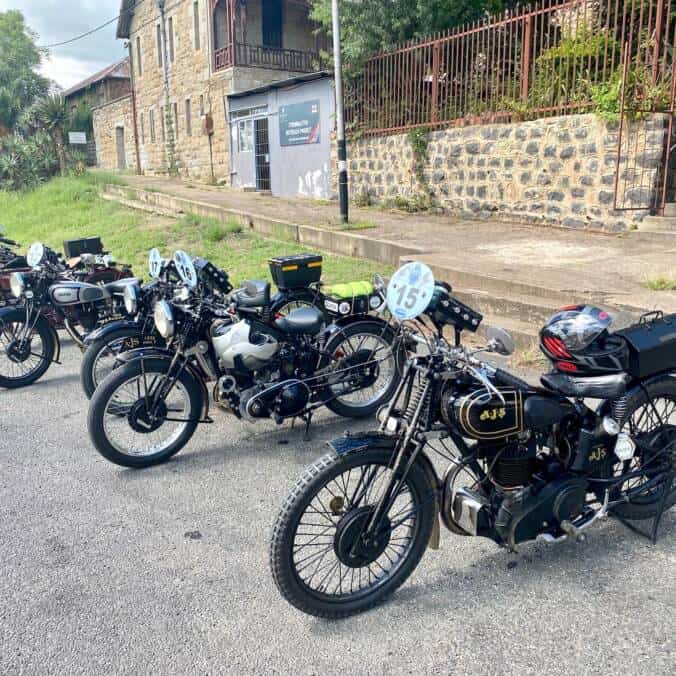 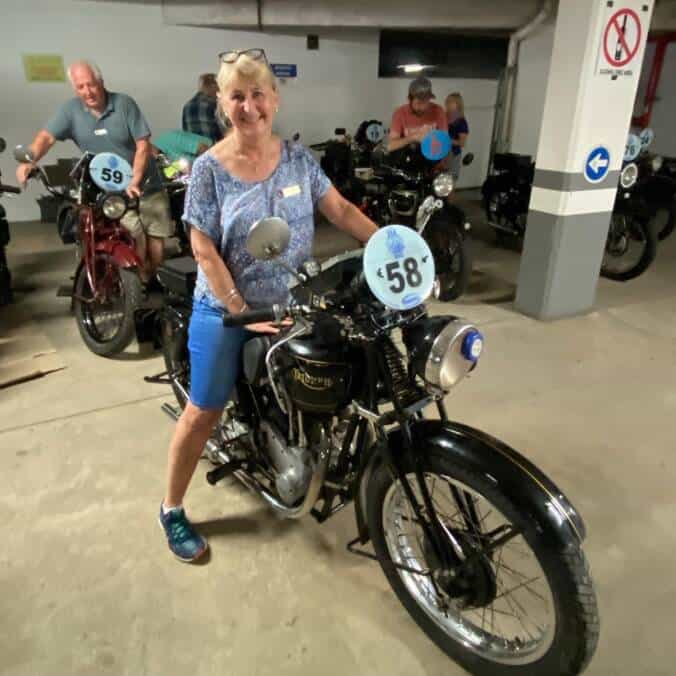 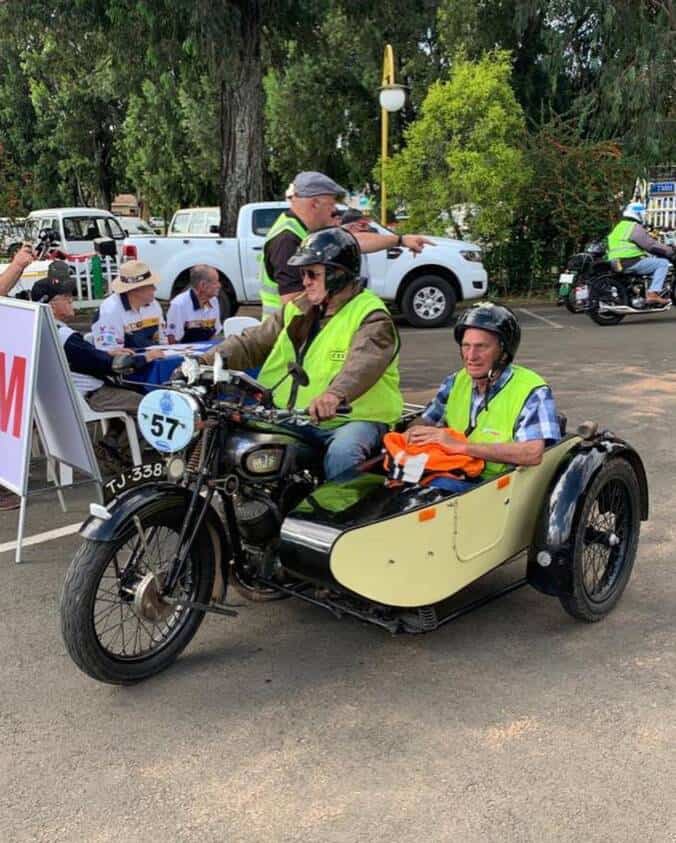 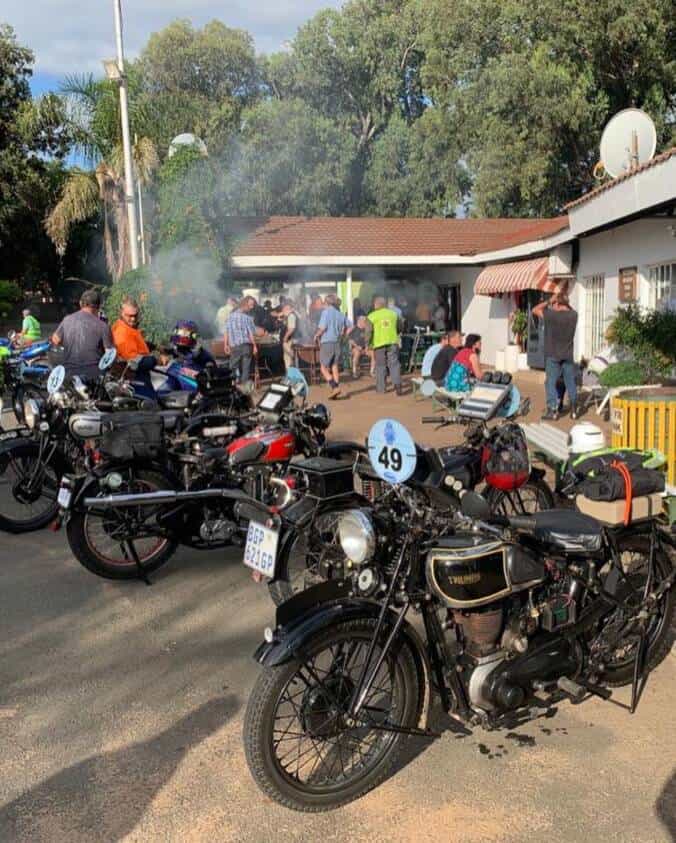 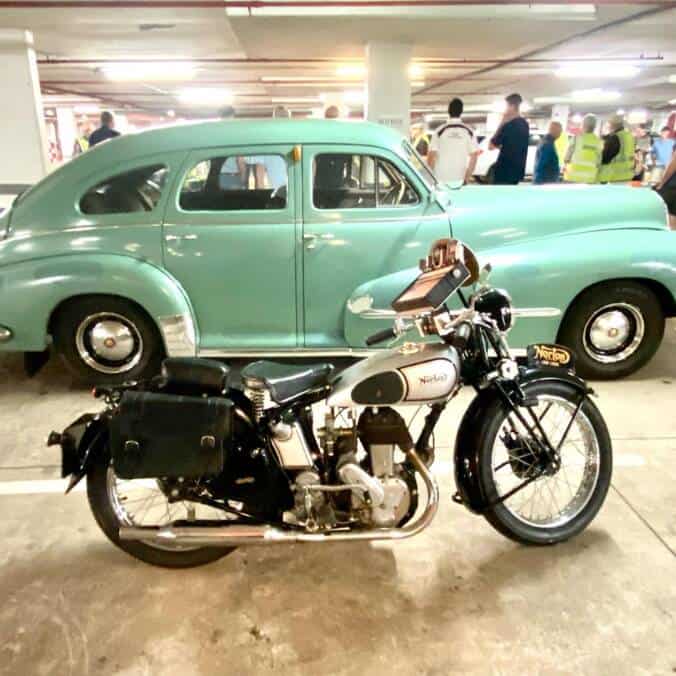 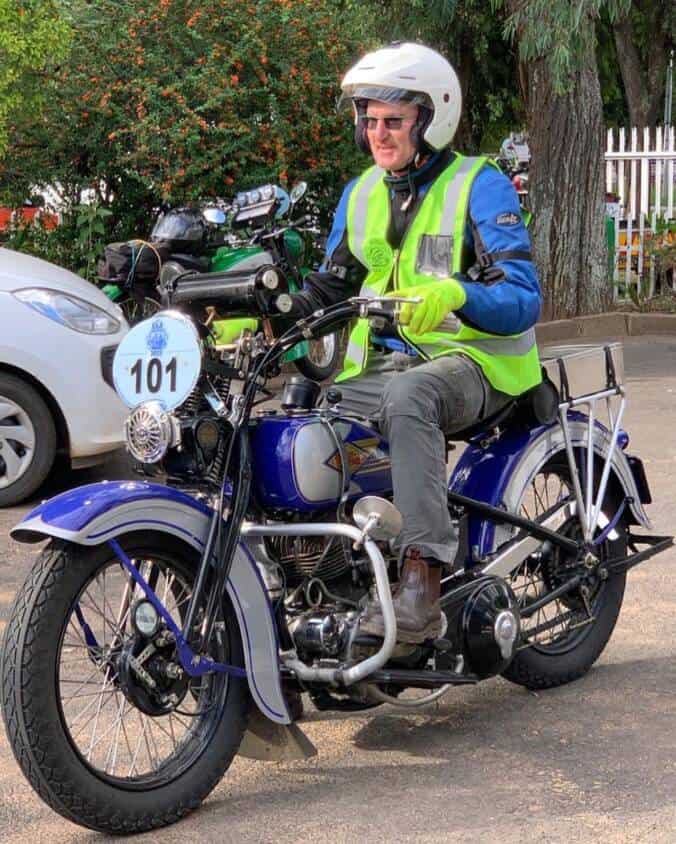 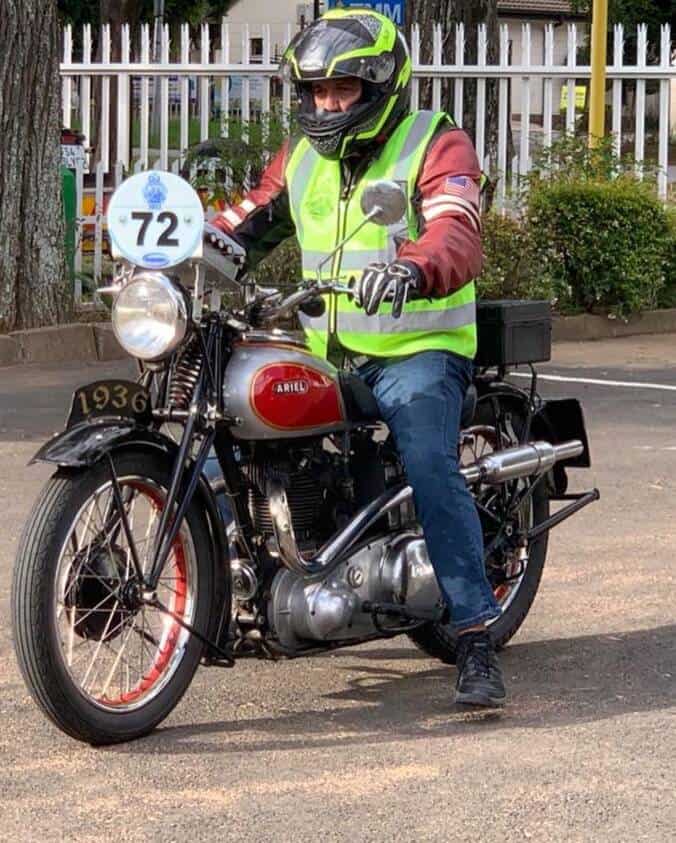 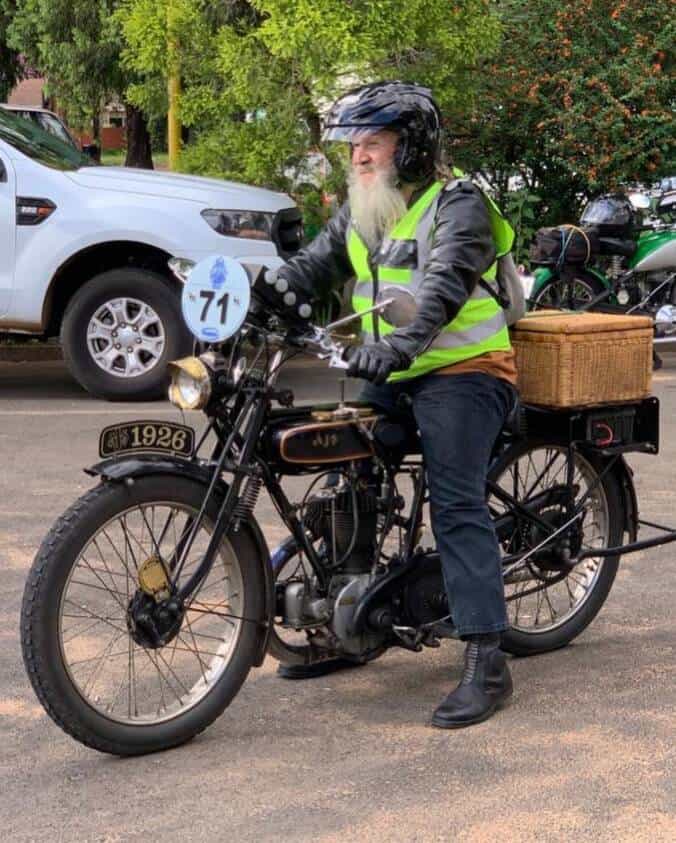 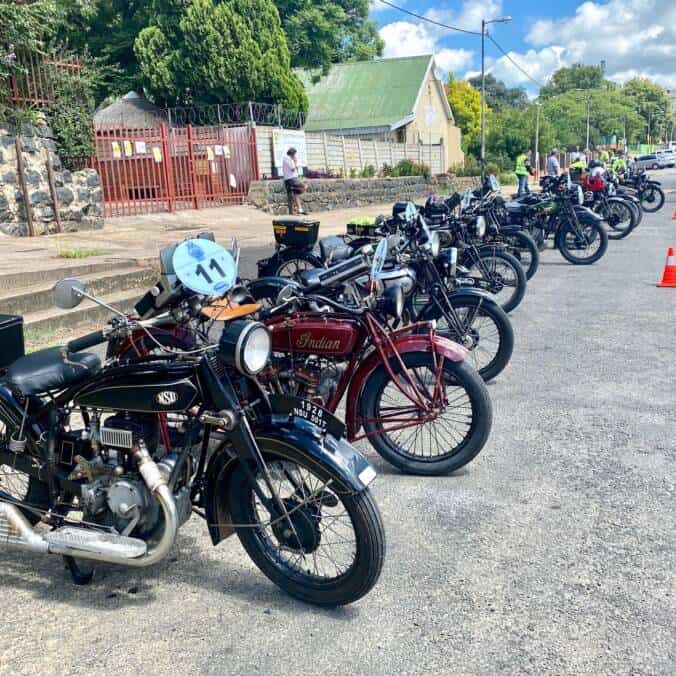 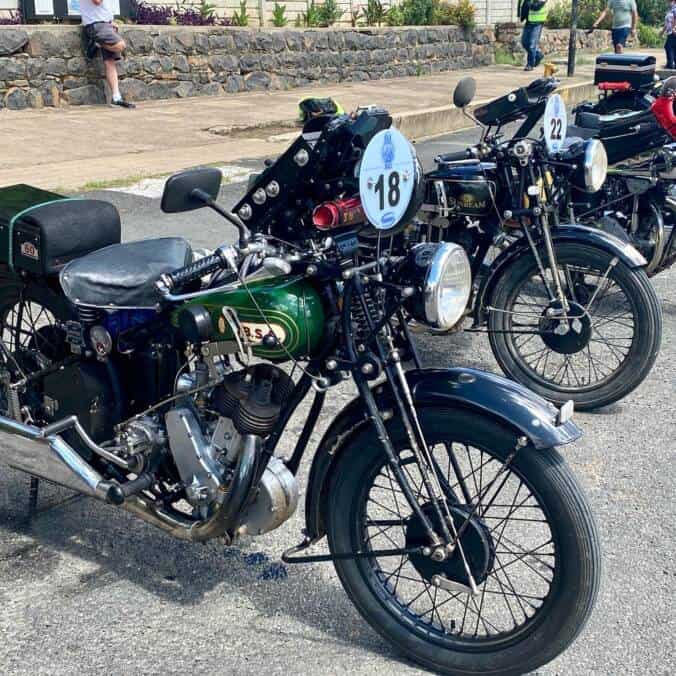 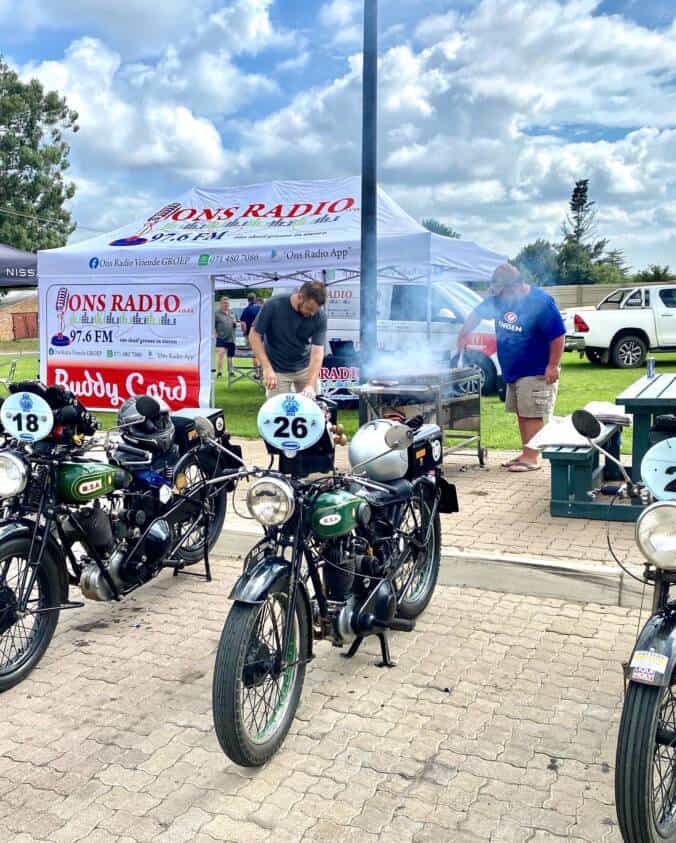 There were 4 Female Contestants, one of which finished in the top 10. The oldest contestant that finished  was 87 years old. The race is limited to motorbikes  who were produced in 1936 or earlier.

OK, so it seems the Blogging is going smoothly, think I am ready. I will send out another Blog a few days before we fly off to the USA.