Pie left early this morning in search of another old car he wanted to see. So once again, with Peens still in Cuba, and Dog at his father, the remaining 4 bikes set off on the A1A Scenic Florida Highway Indian River Lagoon. There is a slither of land running along the coastline, and parallel with it. So we took the bridge across from Stuart and stayed on this road going North for almost the whole day, meandering along with the sea on our right and the Indian Lagoon on our left.

Our first stop was at the Navy Seal Museum in Fort Pierce. This was the first time that I wanted to stay longer at any Museum in my lifetime that I could remember, but we ran out of time and we eventually had to leave. It was really great and very interesting. The guns, gear, equipment etc used in the displayed were all used in combat before and then donated to the museum. 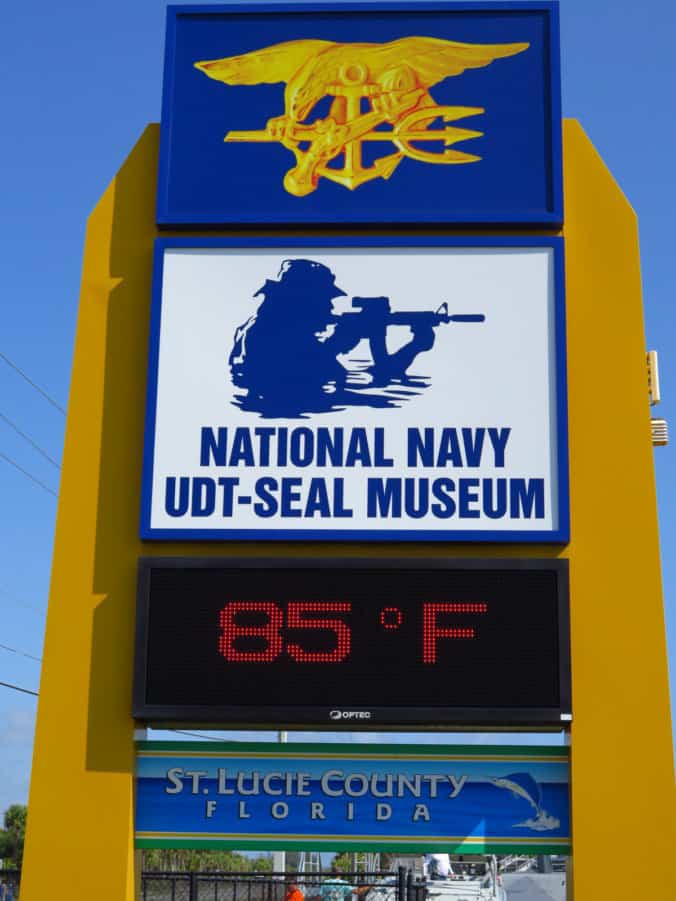 There were several very interesting water-craft on display outside, like this Jet-boat (like a jet-ski) which transports 16 Seals and also has 5 crew operating it. We climbed on-board and there was a large TV Screen playing a video with footage of the craft in action on a river. See the specs for this craft. 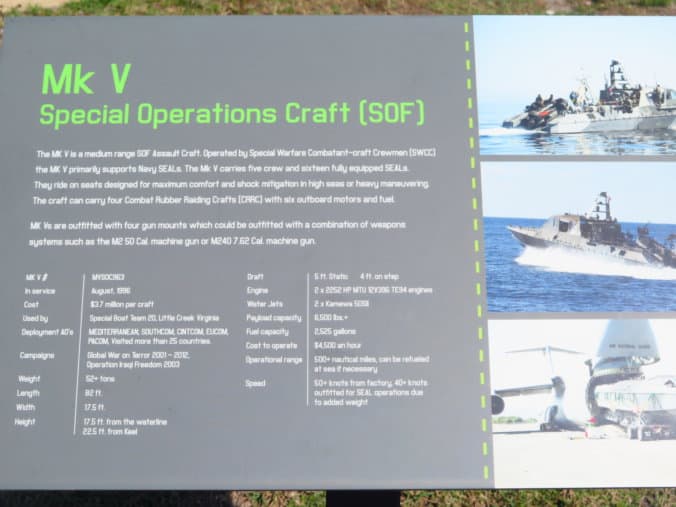 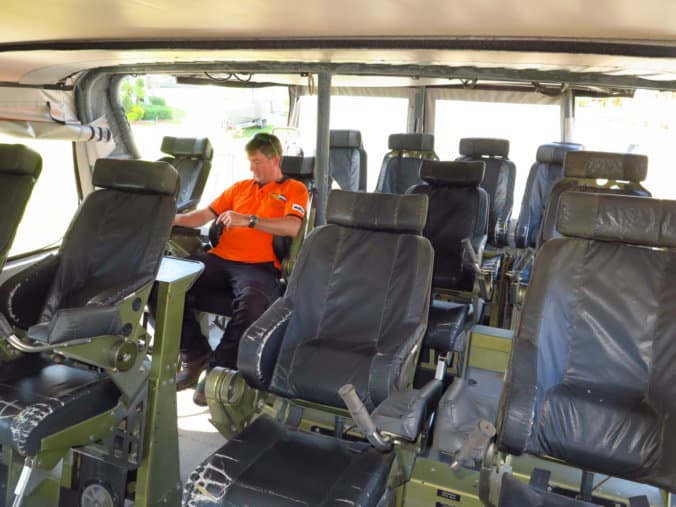 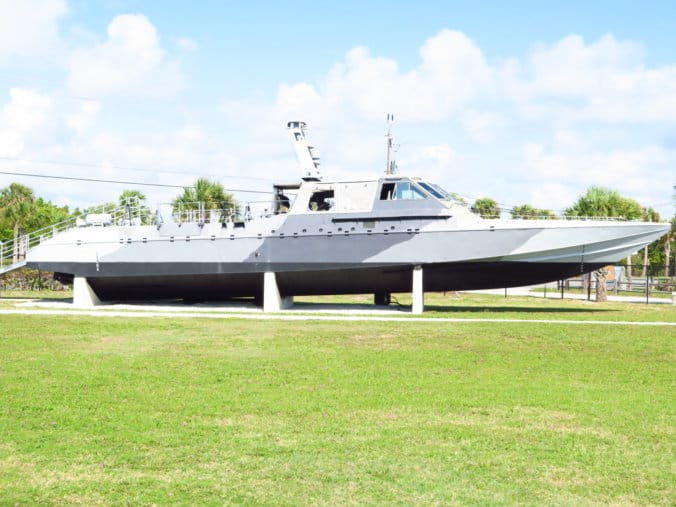 There were these two submarines in which the Seals (wearing Scuba Gear) gets delivered to their mission sites. 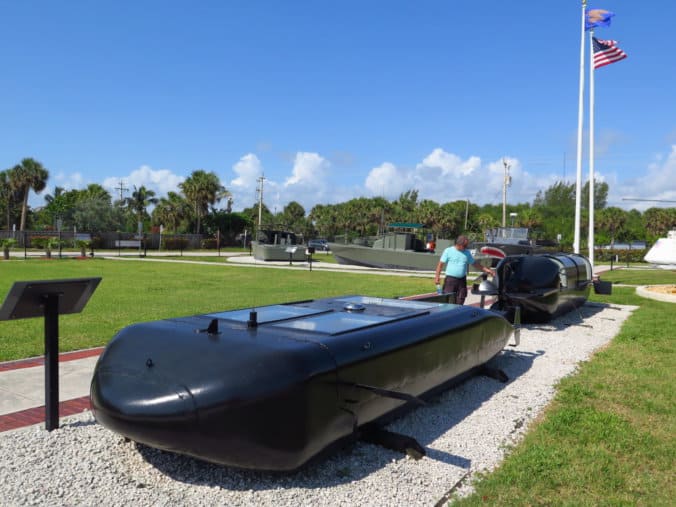 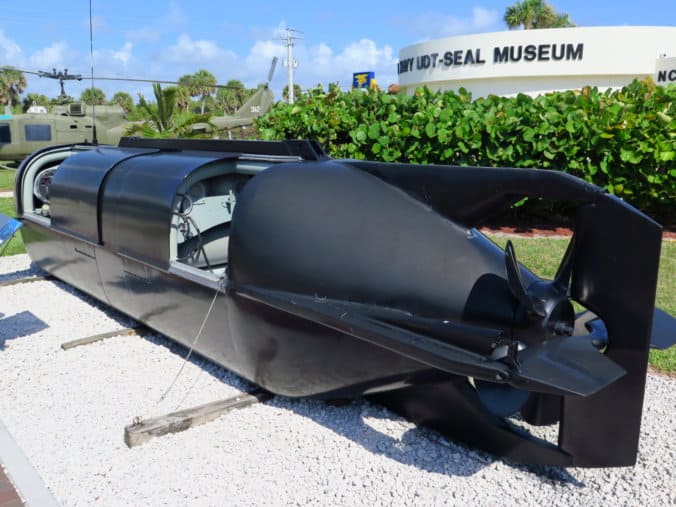 Inside they have many inter-active displays and by touching certain buttons one can call-up onto the screen the information about that specific weapon or equipment. They also have several displays going back to the  Navy Seals role in Vietnam and some of the old equipment that was used in the 60’s were on display. 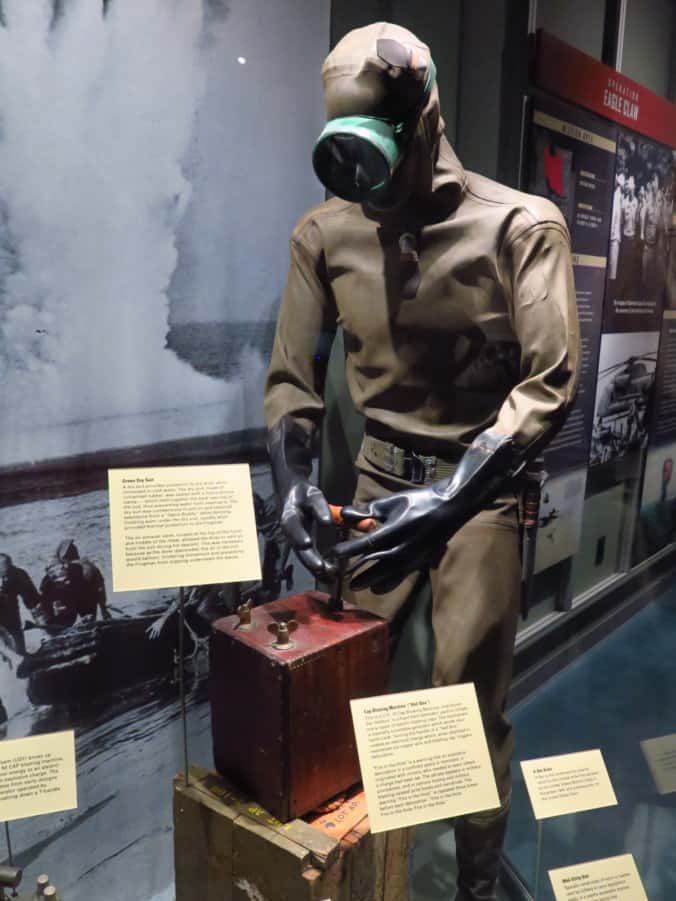 I was amazed by this “Clip-Board” thing below which was a waterproof Note-Board on which they screwed down their Mission Notes and Navigation info. Note how their Pressure Gauge and Dive watch straps onto this Board. 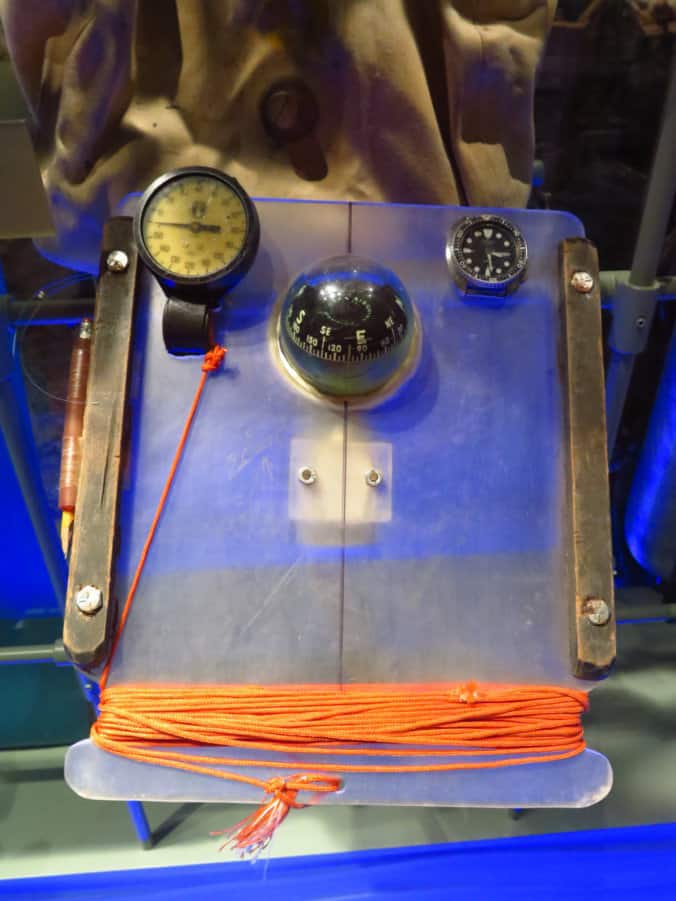 But I was even more surprised to find this piece of equipment is still being used today, just modernized a little. 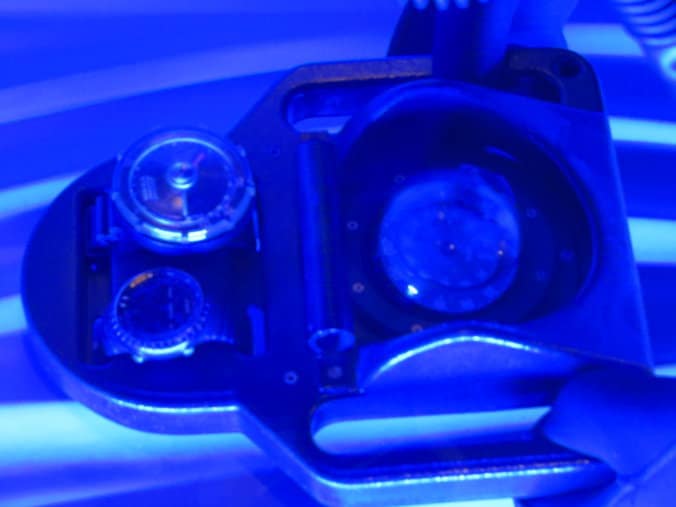 Apart from now using Re-breathers, the latest equipment used includes a battery-pack which can power a set of Propellers for two hours so that the Seal can move through the water at a speed of 4 Knots per hour, or close to 10 Kilometers per hour. 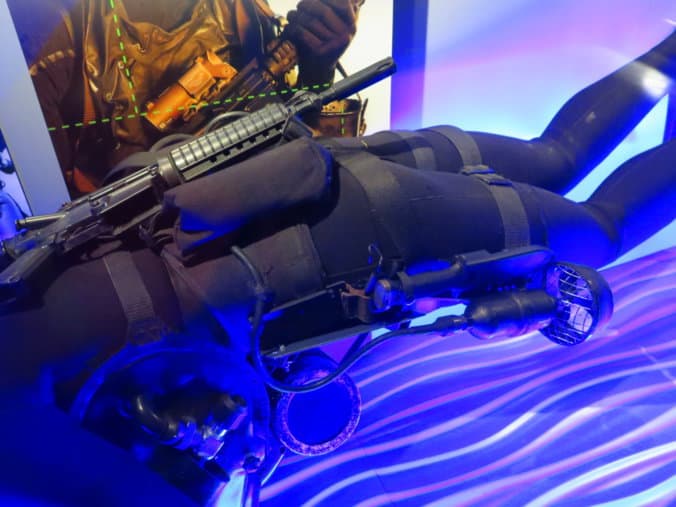 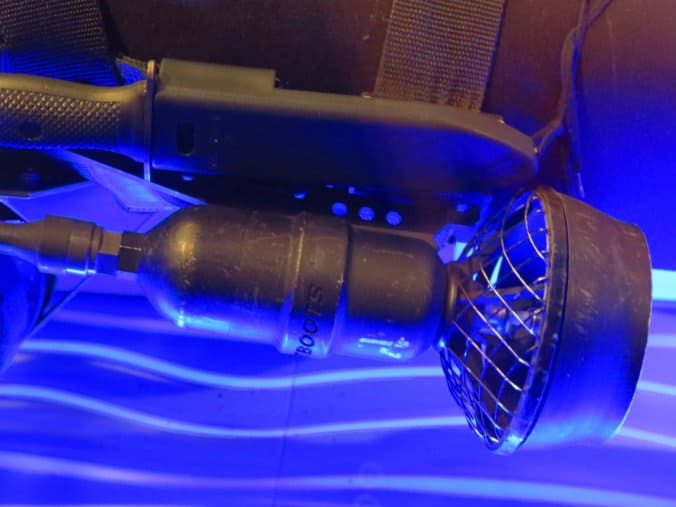 They also carry 300 rounds of ammunition for their Automatic weapons which they just carry on their backs without trying to protect them from the water. 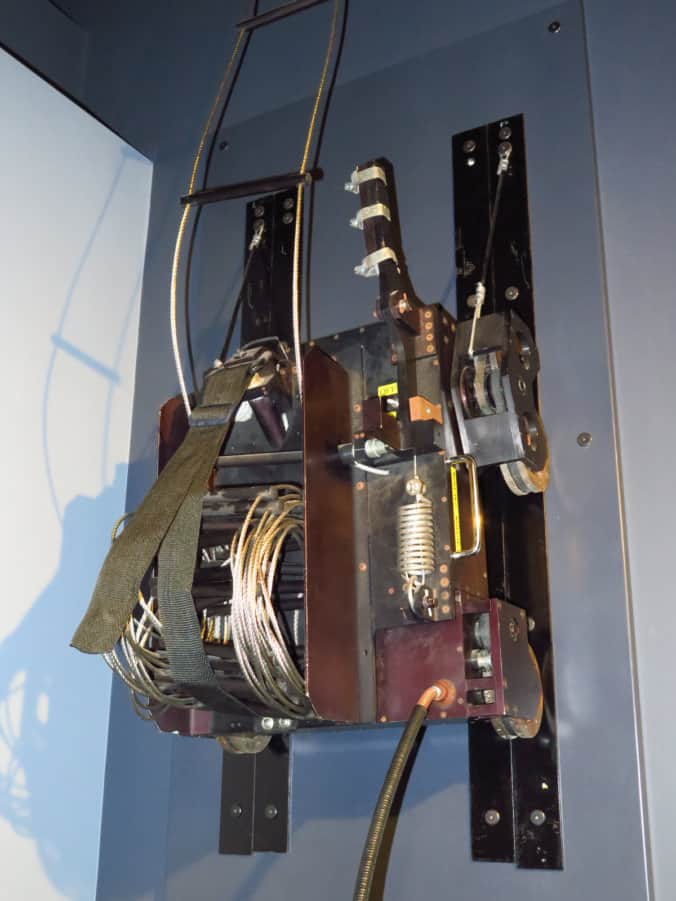 This is a little “machine which uses magnetic force to “climb” up the side of a ship and then once it reaches the top it drop’s a metal step-ladder down for the Seals to climb up.

They also have very interesting vehicles they use, (glad to report that Toyota Hillux was one of them.) 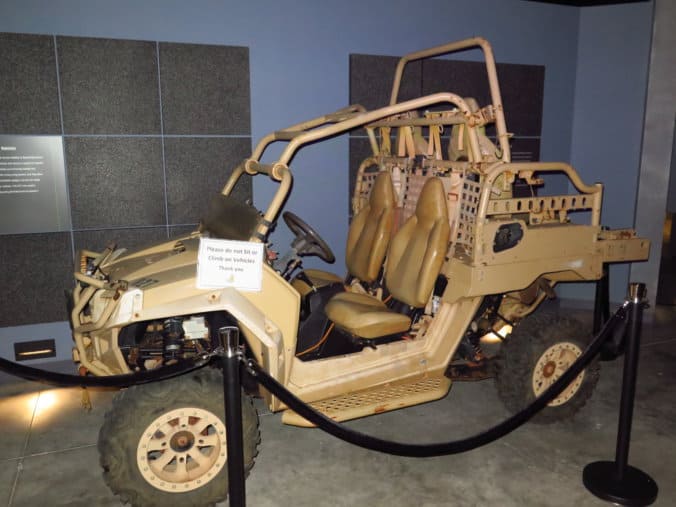 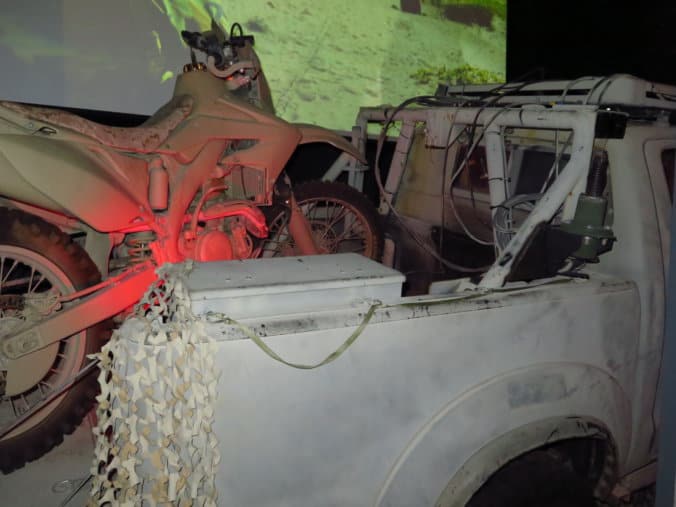 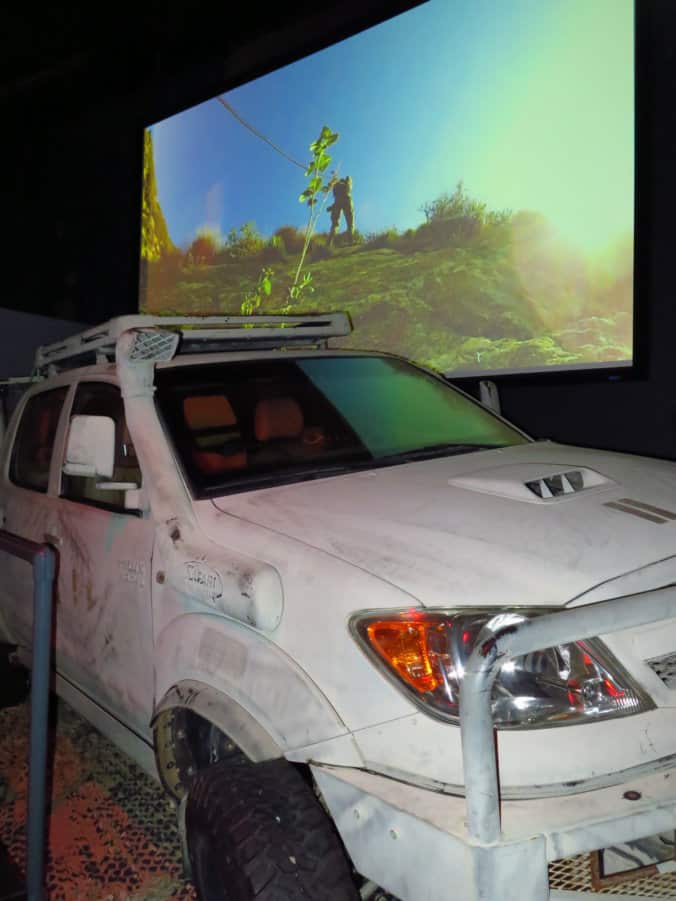 During the few hours that we were there they had an emergancy and needed some extra Fighting Power, so we could help them and quickly go and help a few Seals fight an invasion, so tonight the entire USA can sleep safe thanks to KTM Tour of the World. 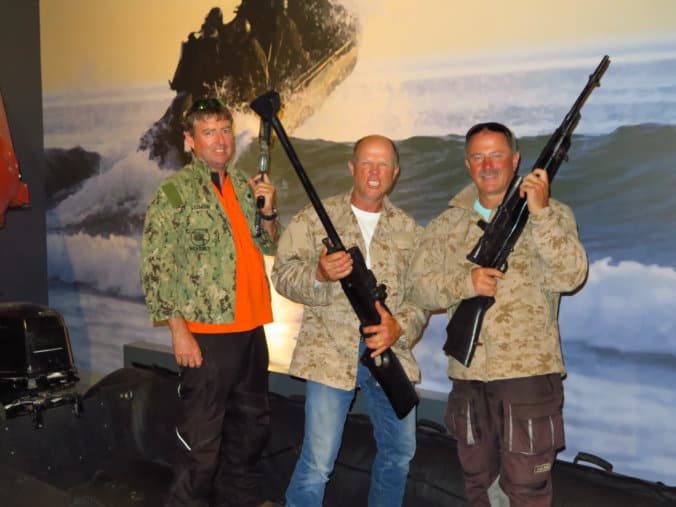 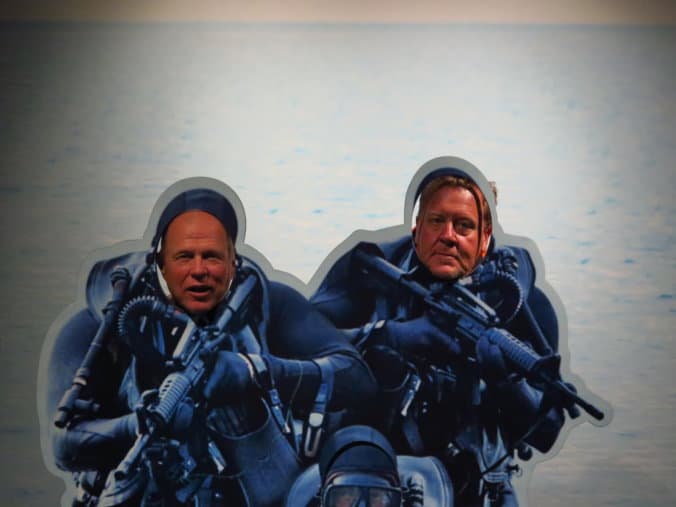 There was a very interesting section with information about the Navy Seal K9 Unit, and even videos of how the dogs are trained and even descends with their handlers on ropes from Helicopters. 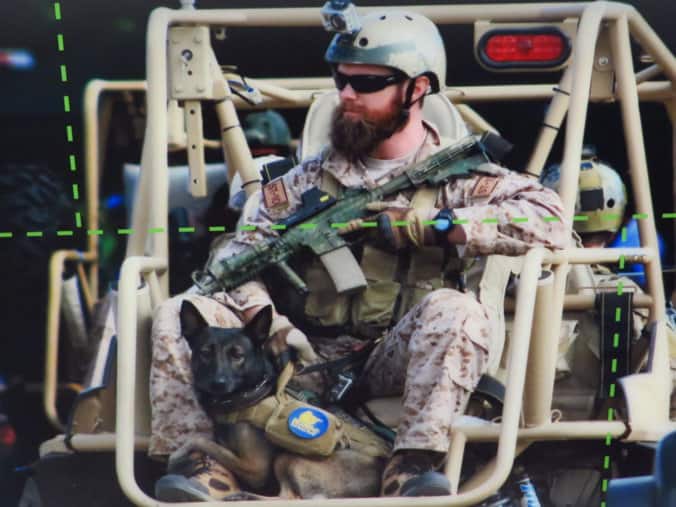 There were many weapons on display including several Sniper Rifles and a complete seperate section just about the night vision and Infra Red they use. 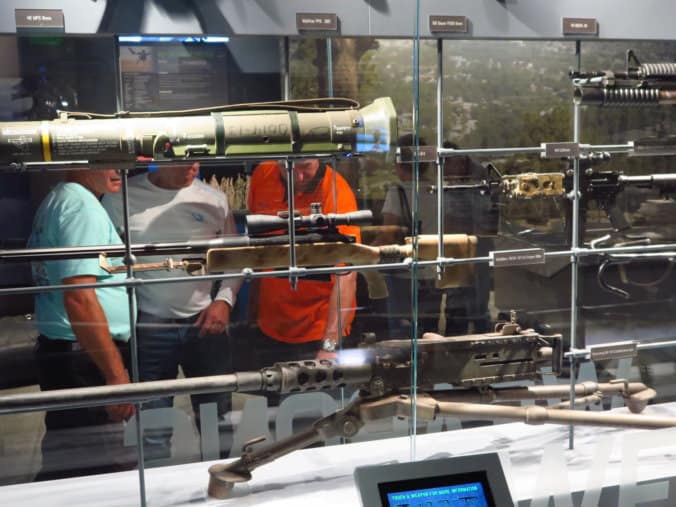 Note the weapon below on the bottom left, it shoots a Grappling-Hook to put ropes up onto the obstacle they want to ascend. But there were so much information and video screens showing actual footage taken during actual Navy Seal Operations, and remember that Seal Team 6 was responsible for capturing\Killing Osama Bin Laden.

We stopped for lunch at a Beach Restaurant and as it was 36 Degrees we felt we could at least have one beer to re-hydrate. 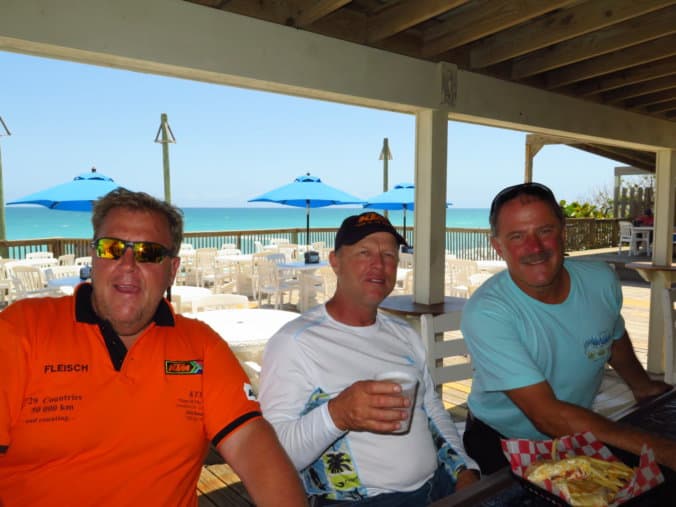 We then found a KTM Dealer which could sell us each a Touring Screen as KTM really should have addressed the problem with the small screen (resulting in your helmet being shook around from the wind as the small screen offers very little wind-protection, especially with a Go-Pro Camera on your Helmet 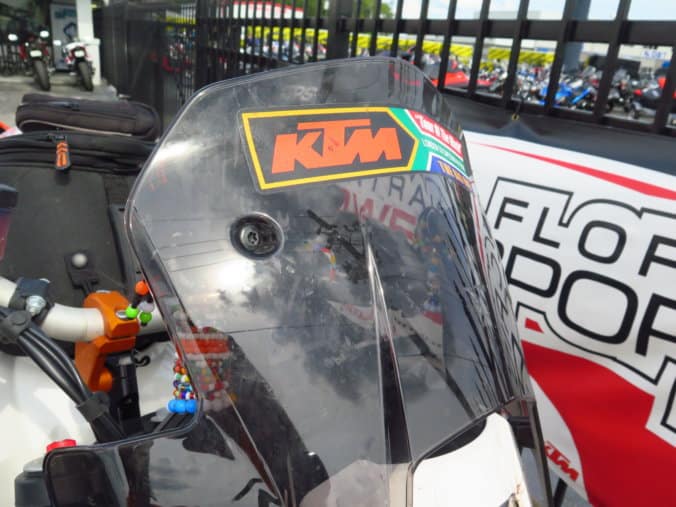 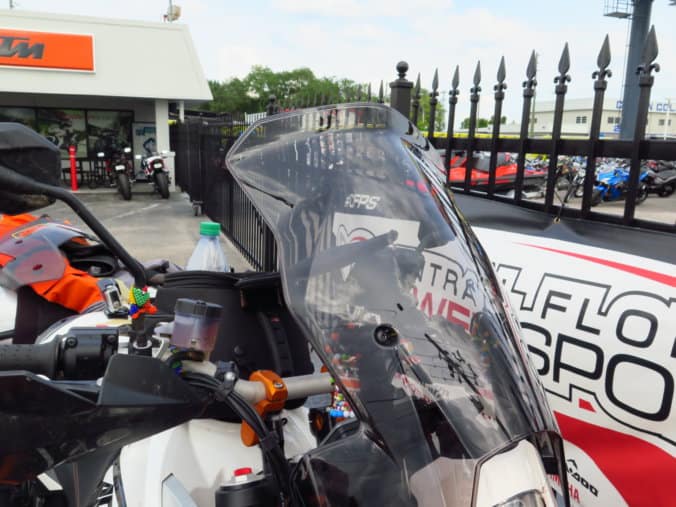 Milsy was once again trying to get some heat resistant Titanium Heat Tape to wrap around his Exhausts Pipe, as the 2nd problem KTM did not address was the excessive heat coming from the exposed section of exhaust pipe just under your seat. The 3rd problem we found with the new bikes was that out of 4 new bikes, only one bike’s fuel guage is working, KTM- USA blames this on the high percentage of Ethanol they add to the fuel in the USA which is a much “dryer” fuel causing the ball inside the tube in the tank to get stuck. We will test this as soon as we eventually get to Mexico.

Talking about fuel, it costs about $2-80 for one Gallon, (about 4 liters make a gallon,) so depending on the Rand Dollar exchange rate, (which depends on what our dear President says or does) a liter of petrol here costs about half the price we are paying for fuel back in RSA. 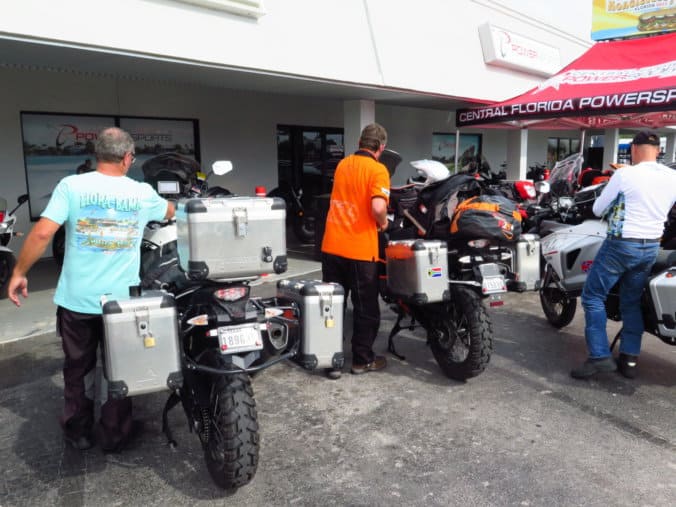 Tomorrow we are heading for Savannah in our next state, Georgia. We are feeling very sorry for ourselves after losing out on Cuba trip. So to lift our spirits we are heading North as Pie has one more car to see in York and we are going to stop off at my cousin and her family in Rayleigh on Saturday evening and then join her and her husband on Sunday to go for a breakfast-run in the beautiful countryside in their area.