Our Motel of last night 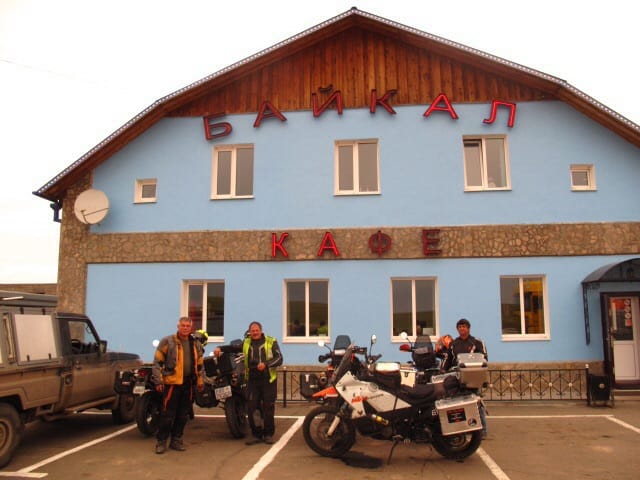 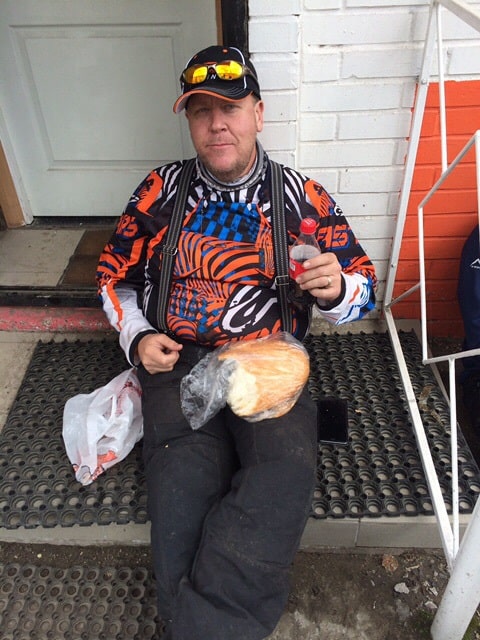 Today we stopped at a village along the way where I bought some honey and jam from the forrests, there was also lots of flowers on sale for the people to go and put on the graves, it is big thing to do this time of the year. 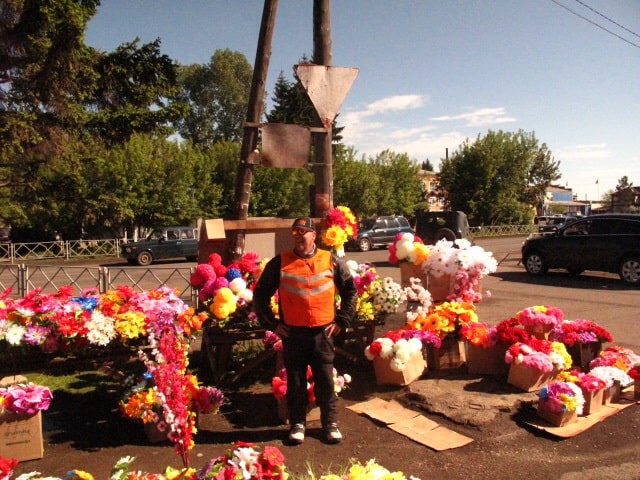 I forgot to comment last night on the one photo of a green statue of a soldier, it was at the end of a small village with 70 houses in the village, and on the monument and statue were the names of the soldiers who died from that village in WW2, and there were 58 names, almost one death per little house. There were 29 000 000 Russias who died in World War 2, that is more than half of South Africa’s population, I hope this lesson of war is not forgotten. Today there are 146 000 000 Rusians and the population is growing at 0,2%.

Last night I also forgot to mention that we were at a very central spot in Russia, it was exactly 5000km to the most Western side of Russia and the most Eastern side, and if we traveled North we could also travel another 5000km on Russian soil. We are now no longer above Kazaksthan but above Mongolia, only about 500km South.

What time is it? Time for petrol (note the pumps dial.) 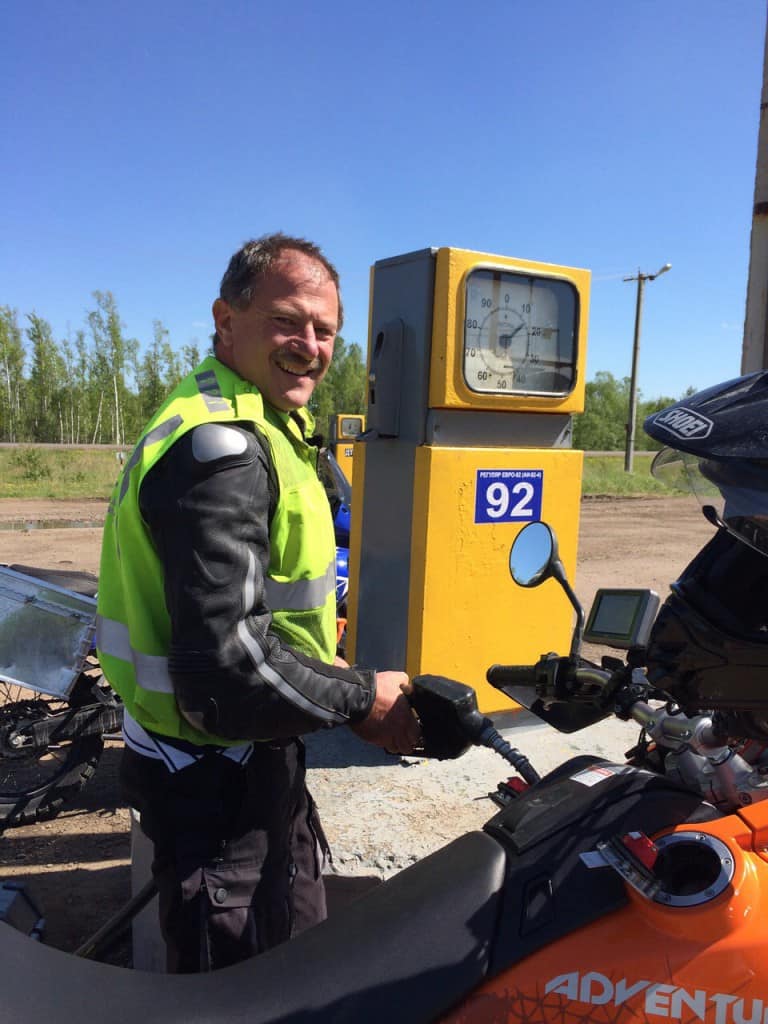 When we were in Krasnoyarsk we had lunch with Carina ( which a lot of you met via Peens when she was in South Africa for three months) here is a photo of me (bad hairday delux, reason I now wear a cap as helmet+hair+photo=Tintin) but as I did not take the photo it took Pie some days to get it to me to be able to publish it. She is well and spends her summer in Russia and then when the winter comes she takes her dog and go to work in Tailand near Ko Somui as a kiteboard unstructor. 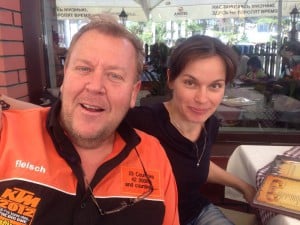 Another interesting thing is that the beer companies has been slapped with a 25% tax to get the people to drink more vodka as the government has a bigger finger in the vodka market and want the people to drink less beer, so they decreased the tax on vodka as they believe this will reduce the amount of illegal distilation of vodka, more than half the vodka drunk in Russia are home-brewed. So a way around this from the beer companies is to set up shops where they have about 6 beers on tap and the beer is then sold by the litre in plastic bottles at very cheap prices. 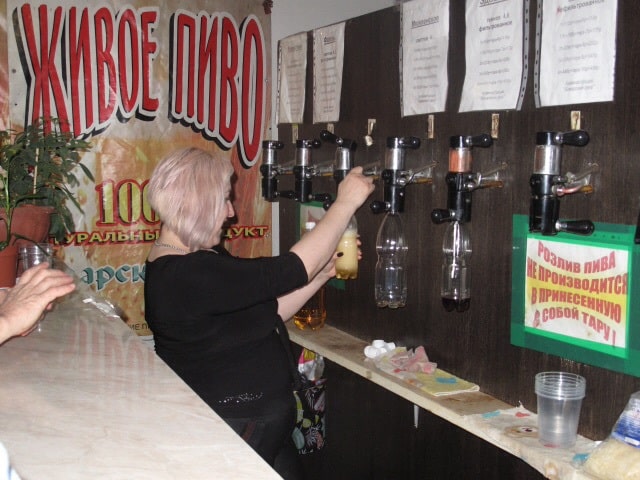 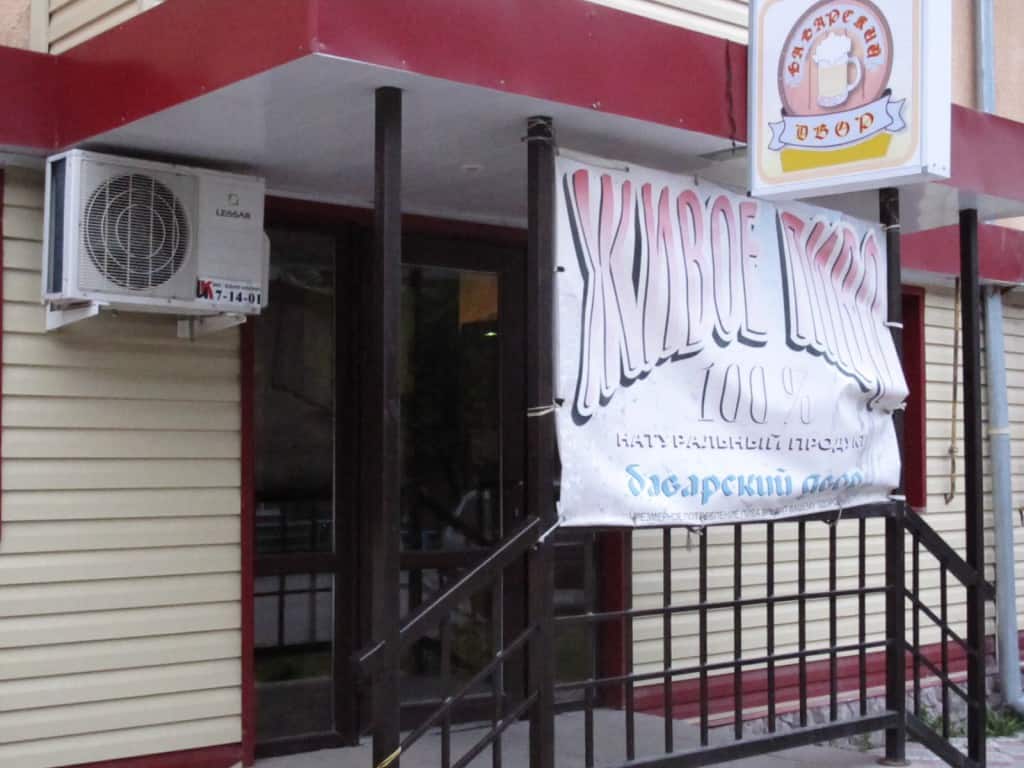 Today we met out friends who handed over the much awaited new clutch but Pie’s bike with the racing clutch made it all the way here and is working perfectly, for now.

Tomorrow Sergey is getting on the back of one of the bikes and our two friends will drive the Toyota to the town of Baikal on the lake from where we will do the tourist-thing.