This morning the dive operator collected Peens and I at 7h30 from our hotel and took us to the Pier from where all the dive boats left for the diving on the Southern and Eastern part of the Island. Wereetied by at least 30 boats like this. 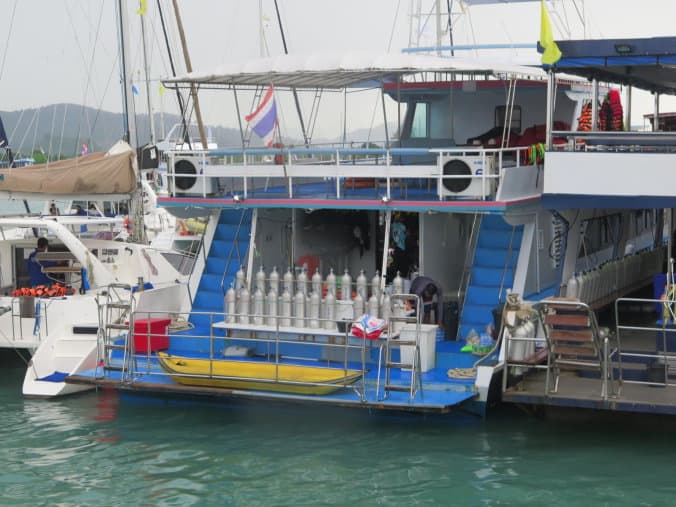 I should have smelt a rat when groups of 2 and 3 were allocated their own dive-master, KI should have read between the lines when I were told ” the vizability can alter between 2m and 25m from one hour to the next, but instead I listened to Mark, our DM (dive master) from OZ. Should have known : never trust an Ozzie!!

Our 1st dive was on a wreck, a car-ferry that sank in 1997, 2 days before the insurance were to expire, and it was at a depth of 33m. BUT i was not warned that my 1st dive in unfamiliar rented gear was going to be in Pea-soup. I dont envy these dive operators who work these waters, someone should tell them that there are much much better opportunities off the North Coast of RSA, but they are doing a dirty job, someone has to do it.

The next to dives were diving on two rocks sticking out of the water and the last was a wall dive, see attached info. But note the weather that came in, note the other divers fighting the current. Not a walk in the park, not the best diving around, but the apart from the poor viz and the currents, the fish life was spectacular with regards to schools of schooling fish, those of my friends and family that dives will know the reef on 2 Mile Reef at Sodwana, Mellow Yellow, (named after the schools of yellow fish on the reef,) but just inside the wreck I saw more fish than on Mellow Yellow (although these were yuvinile fish and on Sodwana’s reef they are large adult fish.) 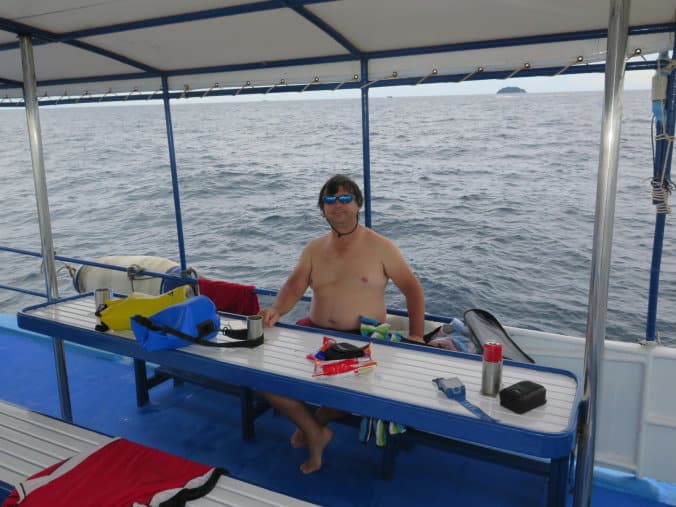 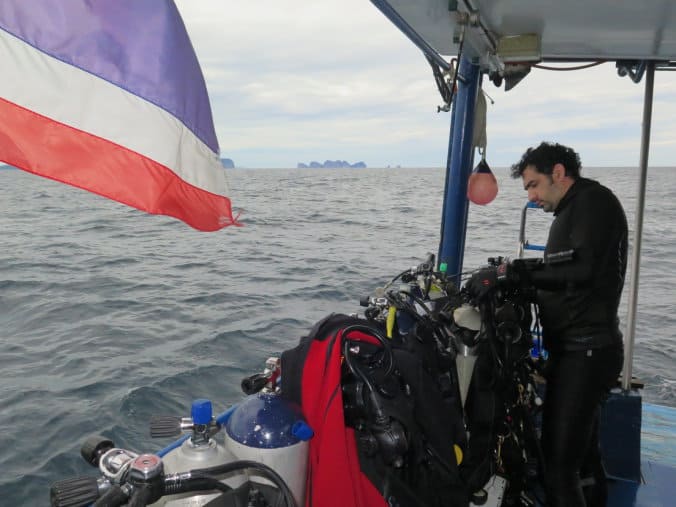 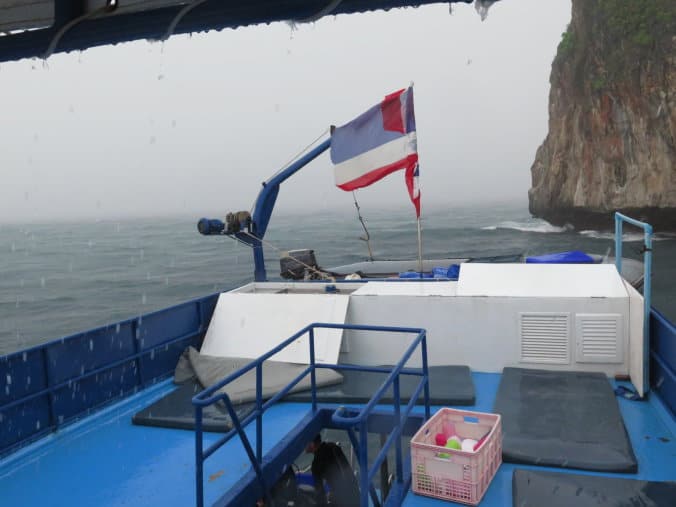 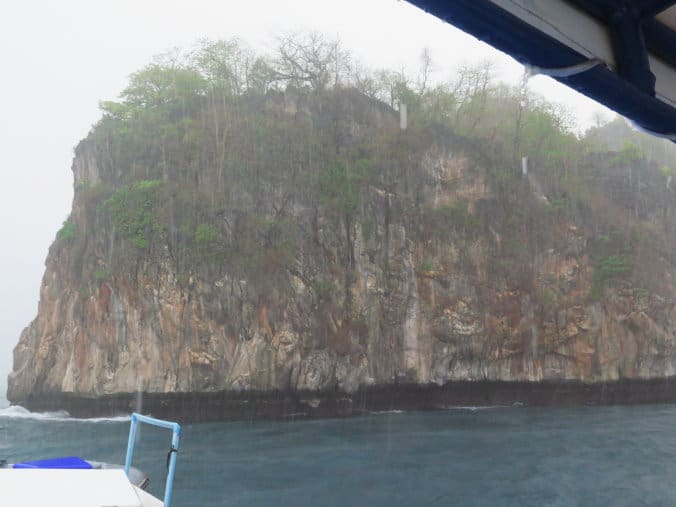 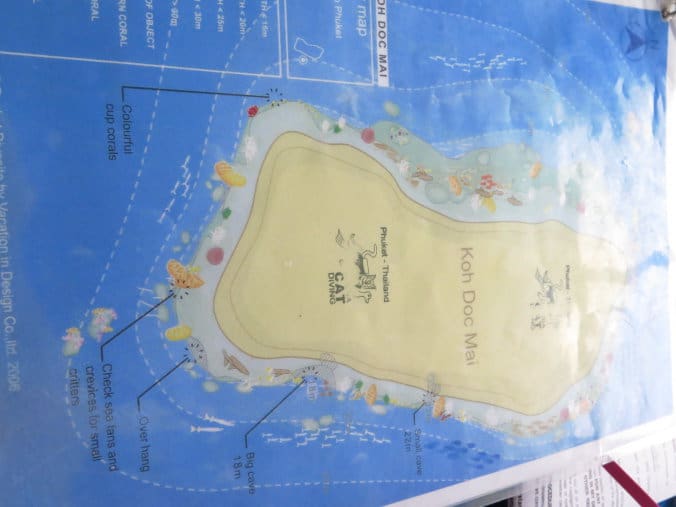 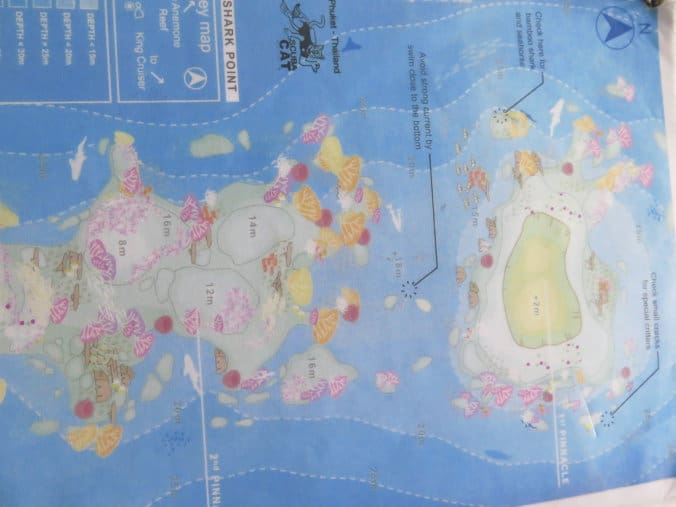 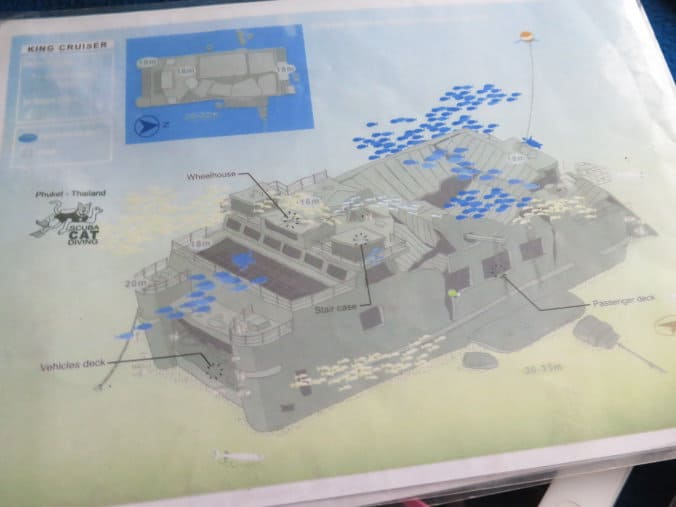 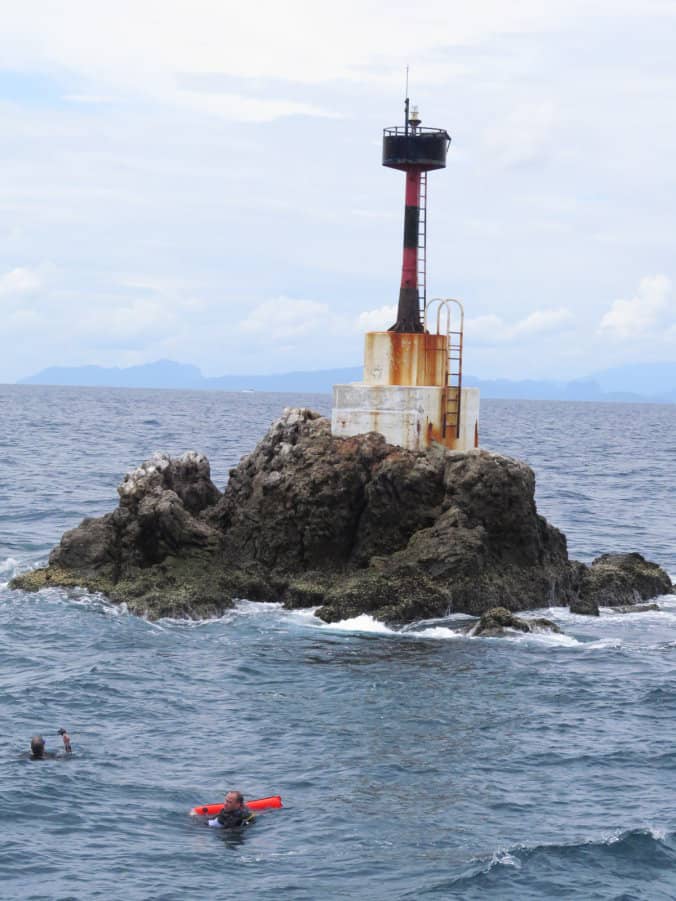 While Peens and I were diving, the rest of our group explored the island and went to the harbour in search of a shipping agent, which they did not find, so tomorrow we are off and heading for Kuala Lumpur in Malaysia to try and get our shipping arranged to the USA as Singapore just seems too much hassle with regards to paying the import duty and then fighting again to have it re-paid minus the interest on the R2m for the three months of course.