We went for a stroll along the river, eating ice-cream and just trying to blend-in, but both Peens and I were wearing our Tour-shirts and people would stop us and try to have a conversation with us, some could speak some English and were so proud of it, some wanted selfies and others just stared, we do look like a strange bunch of guys, plus now we have Natasha and the two kids with us.

There is a lot of photos on display in this town of the 2nd World War as it is 70’years since it ended and every town we pass through is doing something, some towns has flags up on all the street poles, in other towns there are big Bill-Boards with photos up. The war had a very deep inpact on their lives and even today a lot of their local music centres around the war and are very sad songs. But when one looks at the facts, it is understandable as of the 60 000 000 people who died in W.W.2, almost half were Russian, no wonder it left such a deep scar on this Nation. 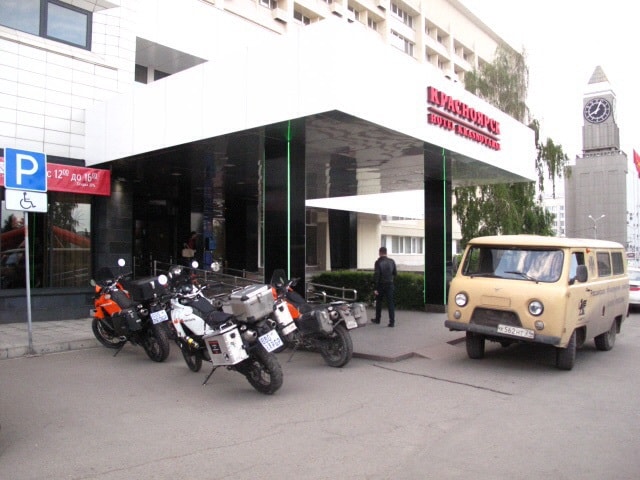 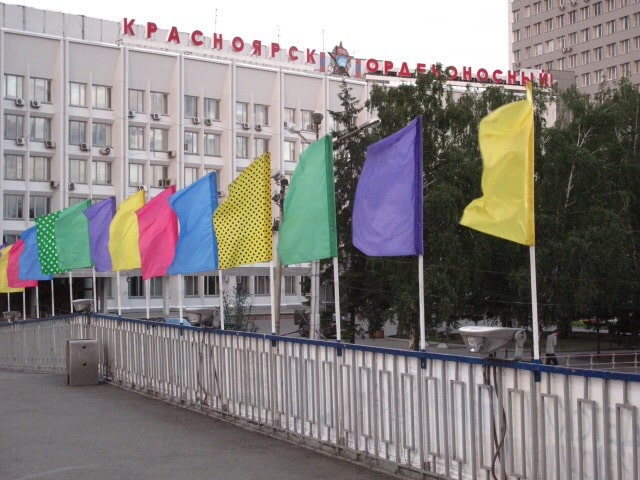 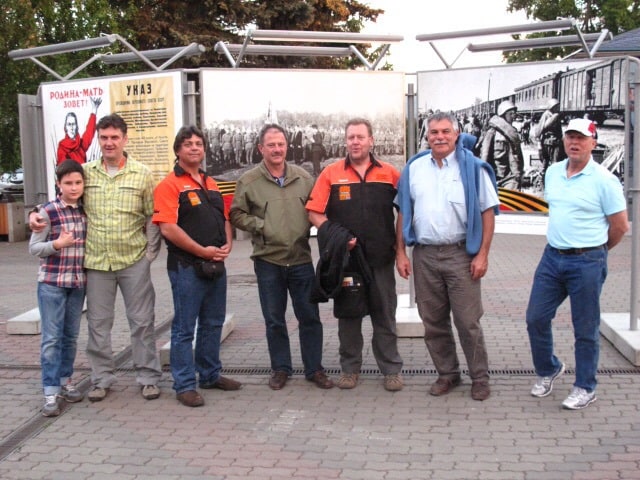 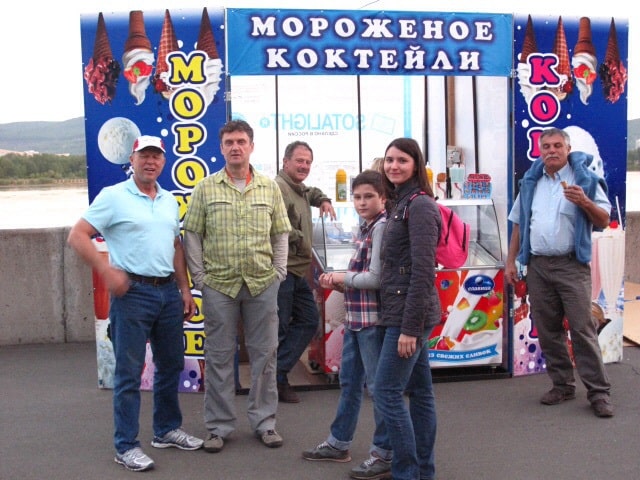 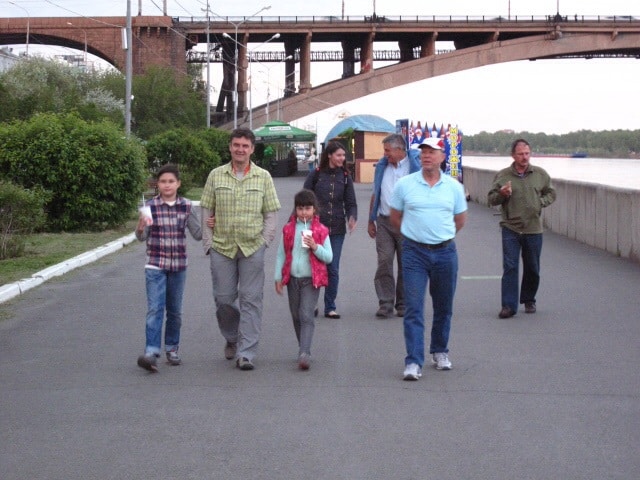