The reason the two from Houston only arrived today was due to work commitments after Hurricane Harvey, I thought that it was a little bit of a weak excuse, but then I heard the stories tonight from them and saw the photos and now I can believe them. Tex was trapped in his house’s top floors for 4 days with the flood water coming up to the top of his Palisade Fencing and Dog could not even get to his house for more than 4 days and slept under his desk at work.

This is a photo Dog’s neighbor took in his street in front of his house: 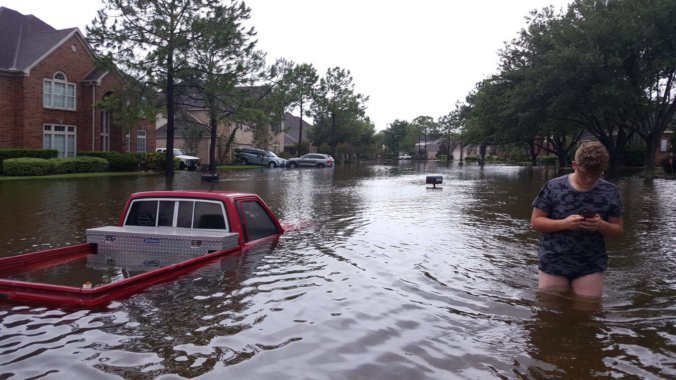 These are some of their photos they took along the way over the past two days, also stopping in Washington, (at the Trump-House) and stopping in New York this morning at the famous Katz’s (made famous from a scene out of a moving called ‘When Harry met Sally” and then on Time Square. 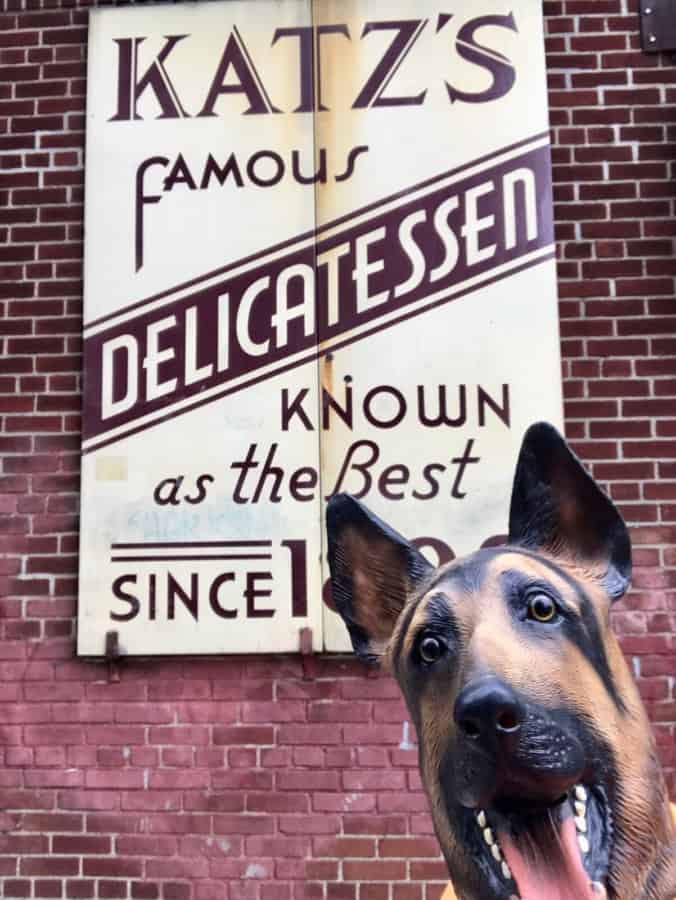 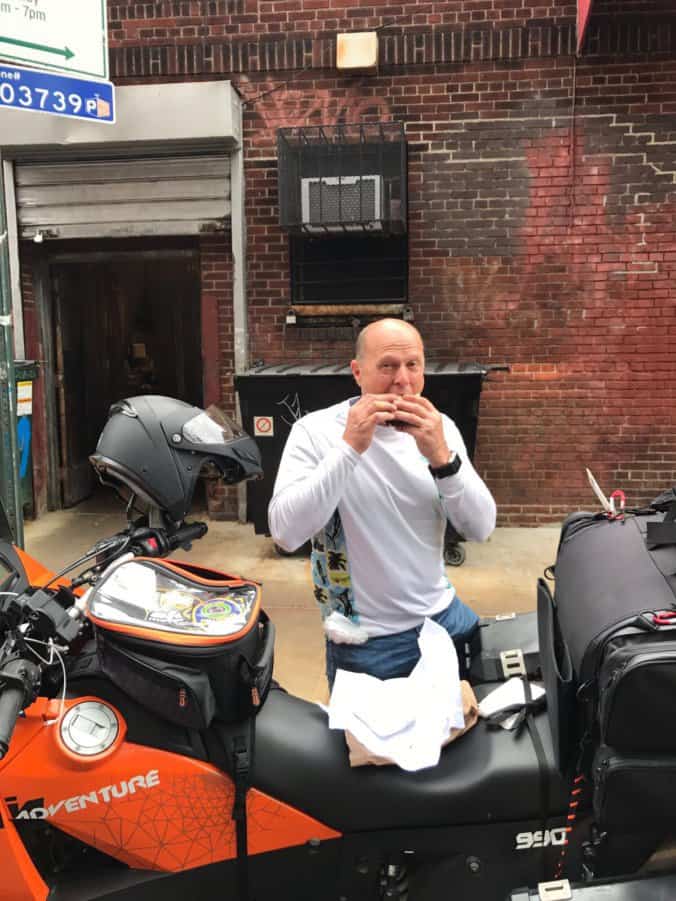 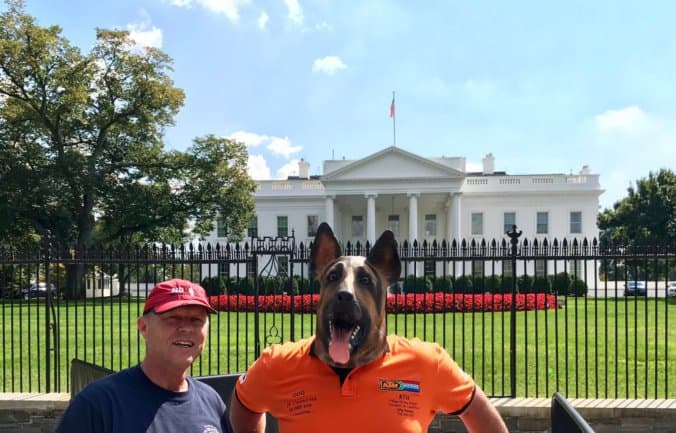 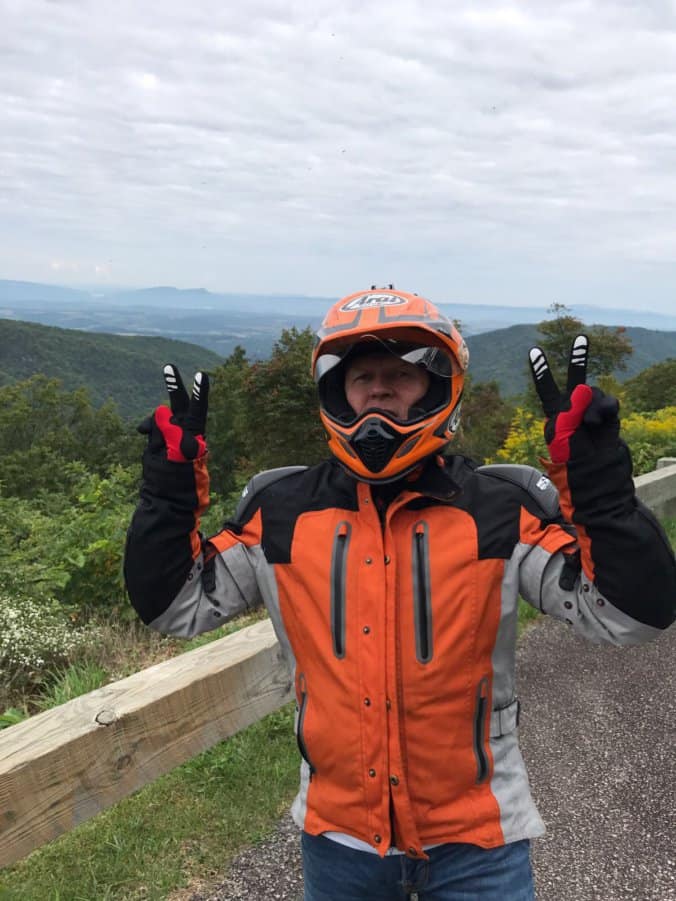 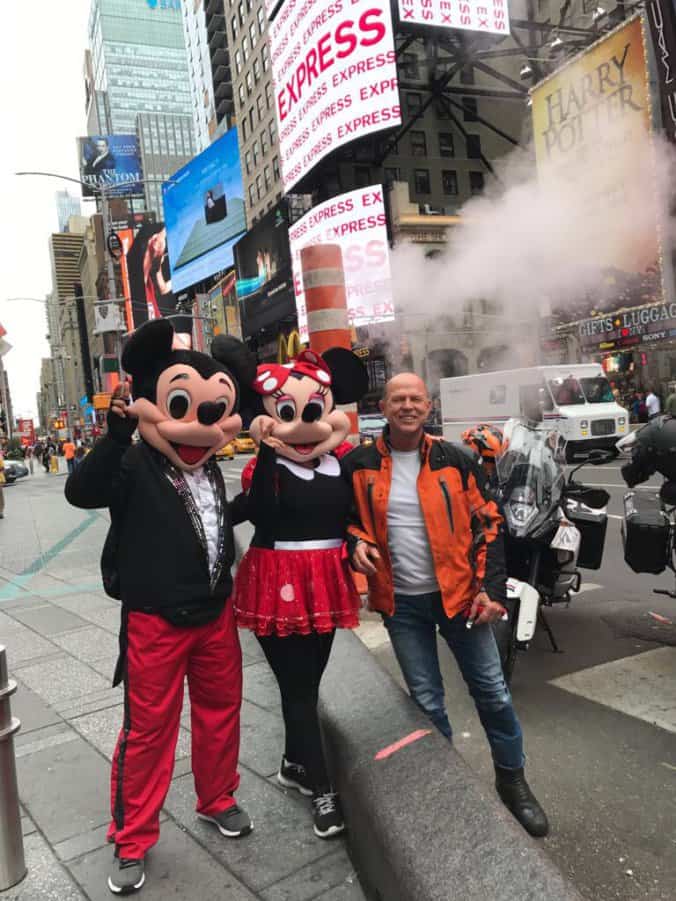