We left this morning and soon Pie disappeared into the distance, racing towards Boston, the switch had been flipped and he was in Tour De Studebaker mode. We were still in a very built-up area so we stayed on the highway for 200km before turning off and finding several bridges to cross, this one was 4km long, but there were many more.  Last night we stayed in the State of Connecticut and soon crossed into another very small State, that of Rhode Island. 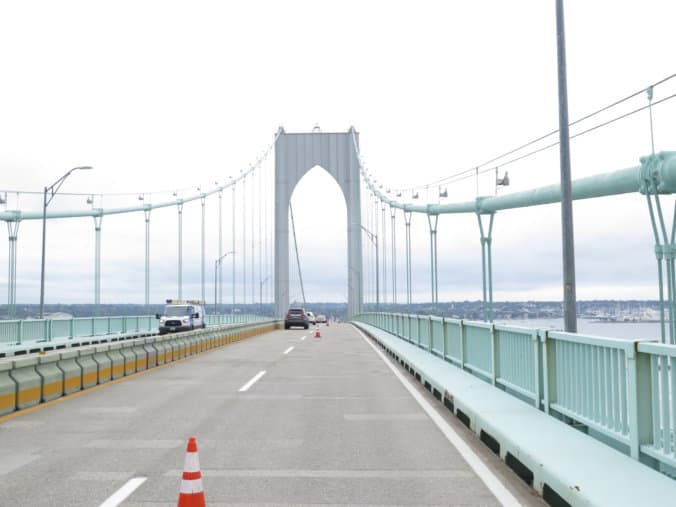 We headed for the little Harbor Town of Newport, famous for the starting point of the Americas Yacht Race.It is a very beautiful little town, but since all the Cruise Liners started stopping there it has lost some of its Old-Time-Feel and there are now several Jewelers and Boutiques in it little main street. 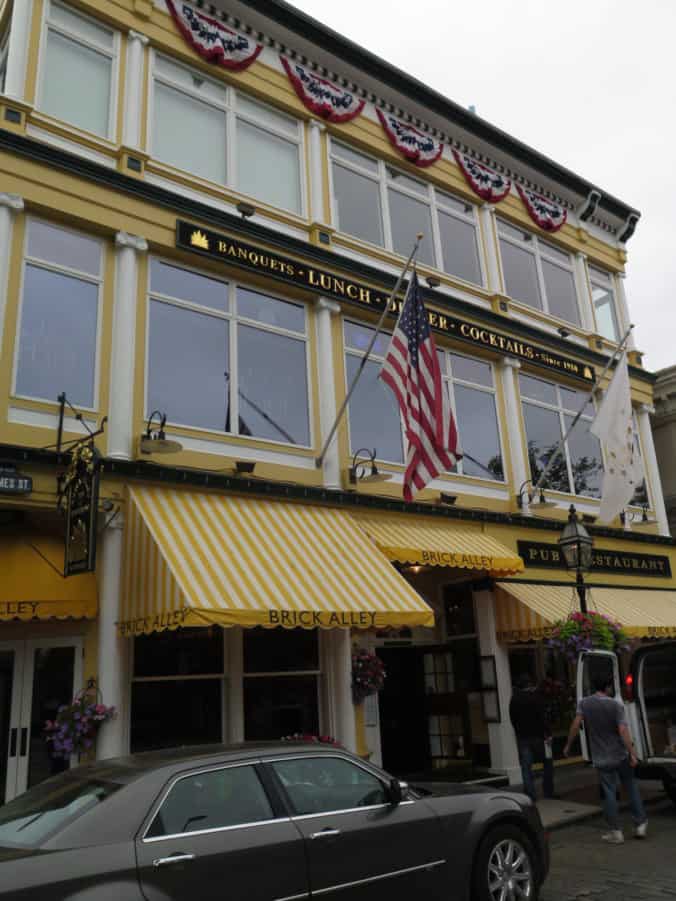 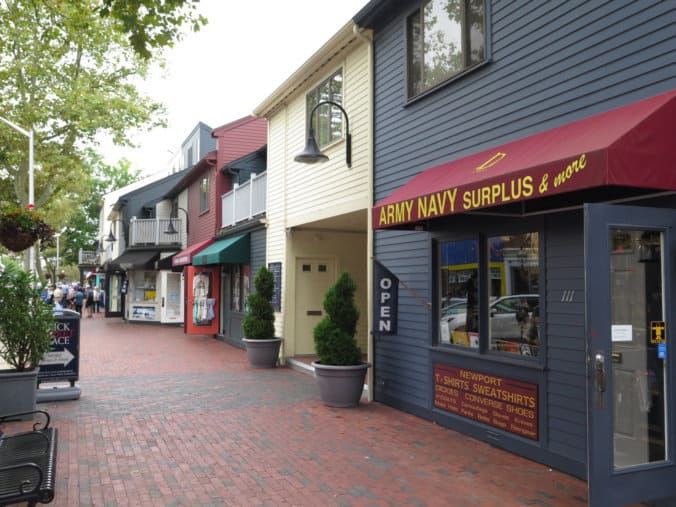 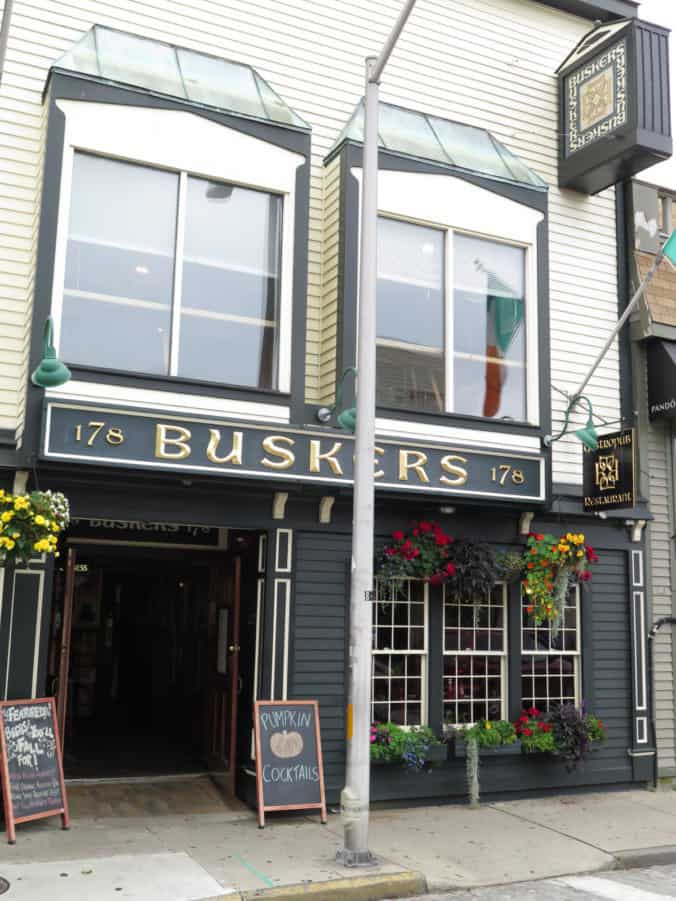 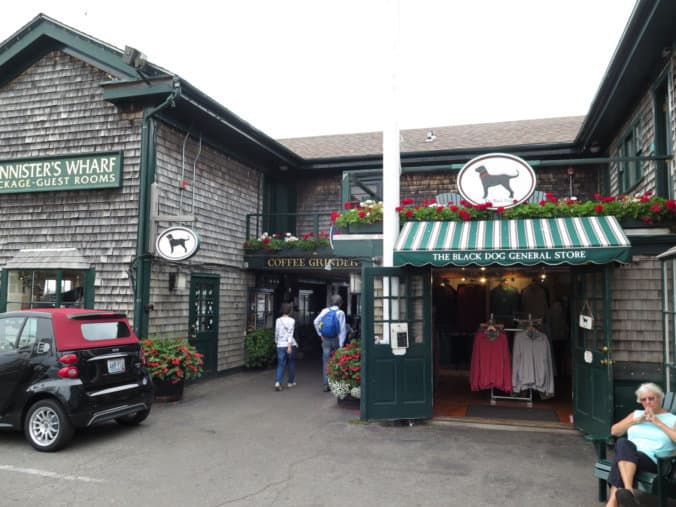 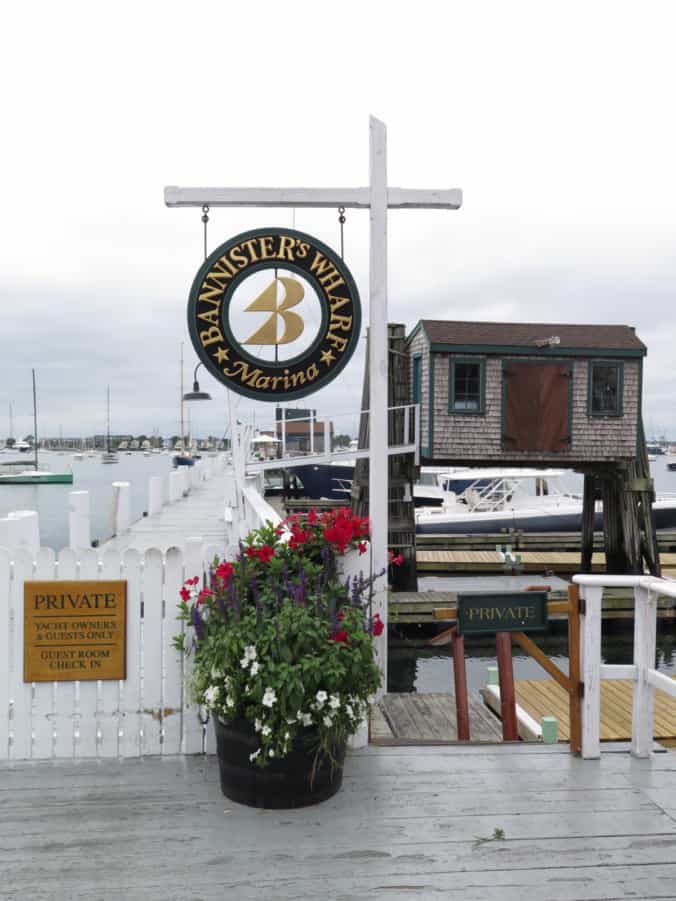 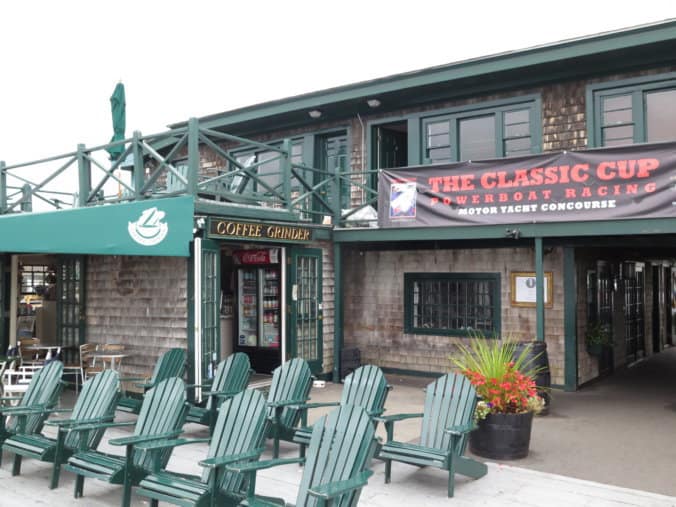 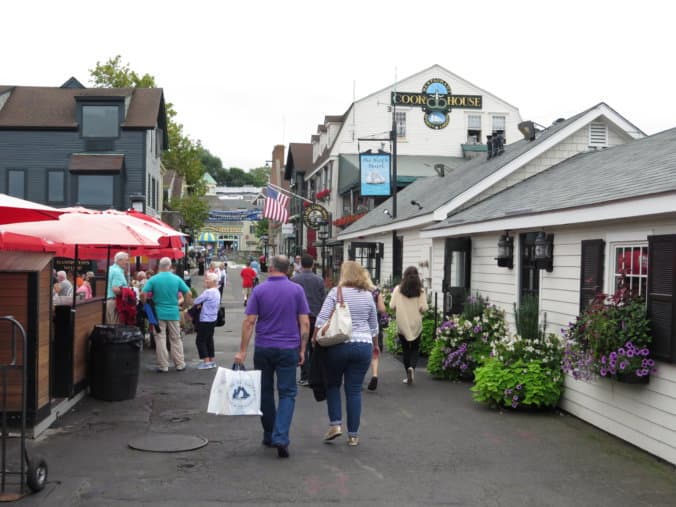 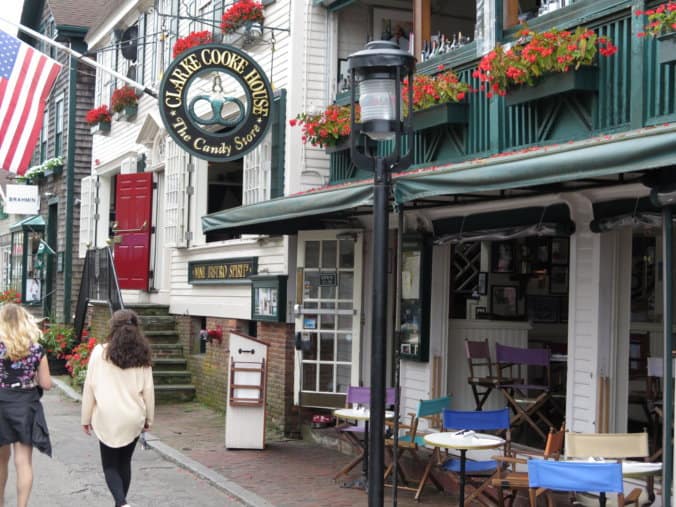 We met this guy who had been working in this Restaurant, the Black Pearl, as Barman and Manager for 36 years. He was a wealth of information and a lot of fun to chat with. He told us that many sailors arrive in the little town and then either fall in love with the town or with a local woman and then never moves on, like another famous South African, Onne van der Wal who grew-up in Houtbay, then went to the Netherlands for a while and eventually settled in Newport, he is famous for his photos he takes on Yachts and has a gallery in town, so off I went to have a look at his work and ended up chatting with his wife, he rally knows how to capture the essence of sailing though the lens. Here we are hanging onhis lips listening to his stories of Newport. 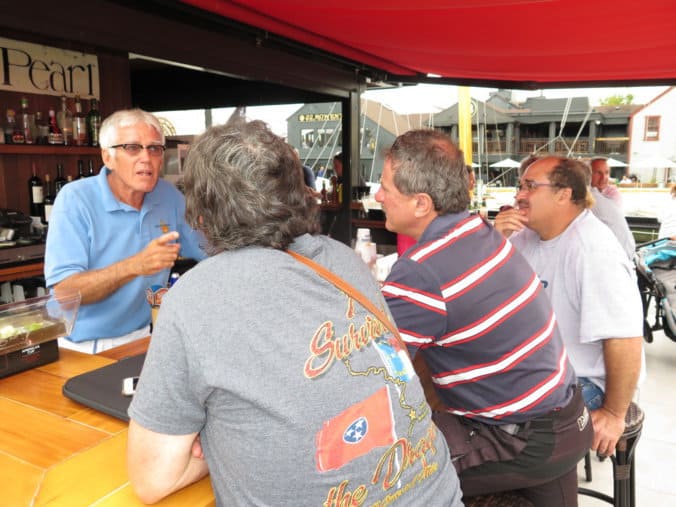 He also has a guesthouse in the town and told us that there are on average two cruise liners docking there per day in season.

Mandi, your Vintage Clothing Business has some competition in Newport: 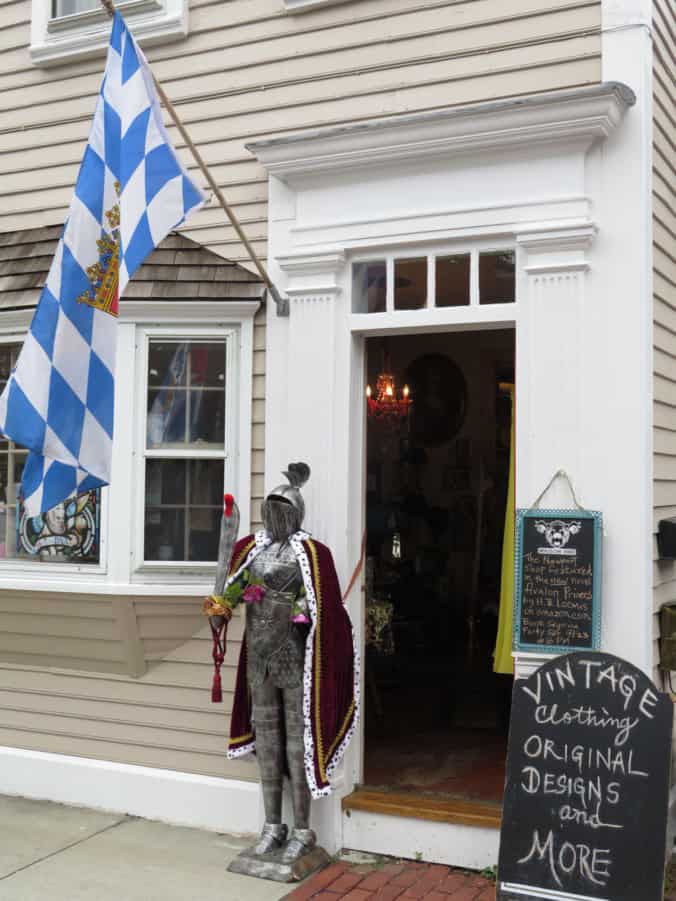 After this extended Coffee stop we headed to Dartmouth, in the next State, Massachusetts  where Pie was meeting another Studebaker-guy, Gary. But we were early so we turned East and headed to Cape Cod for lunch before returning to Dartmouth. Here are some photos I took : 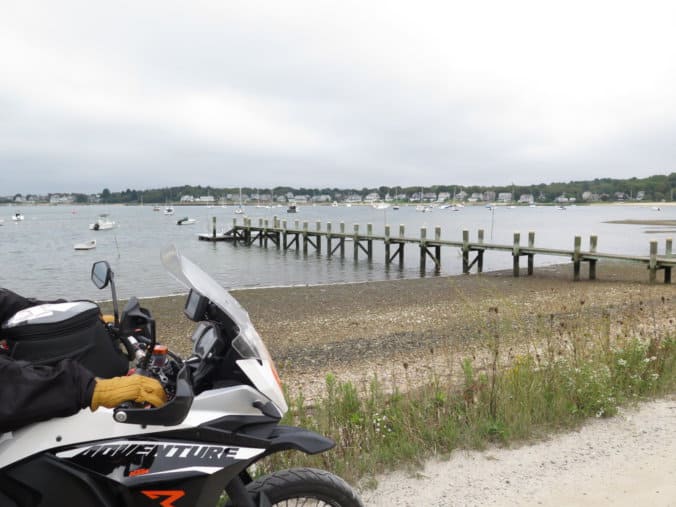 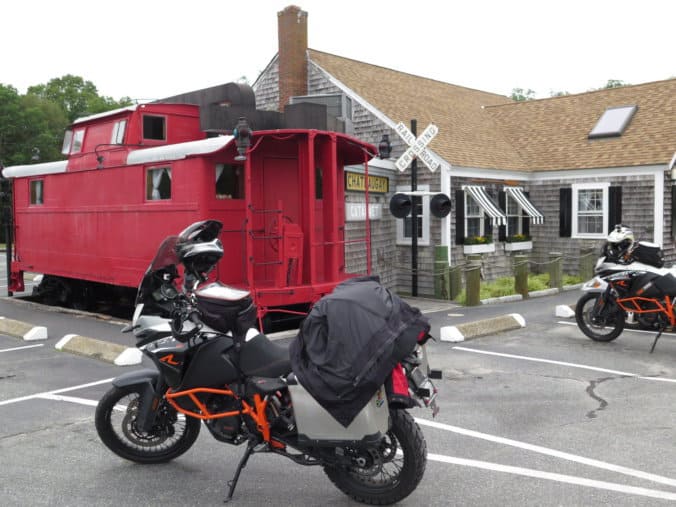 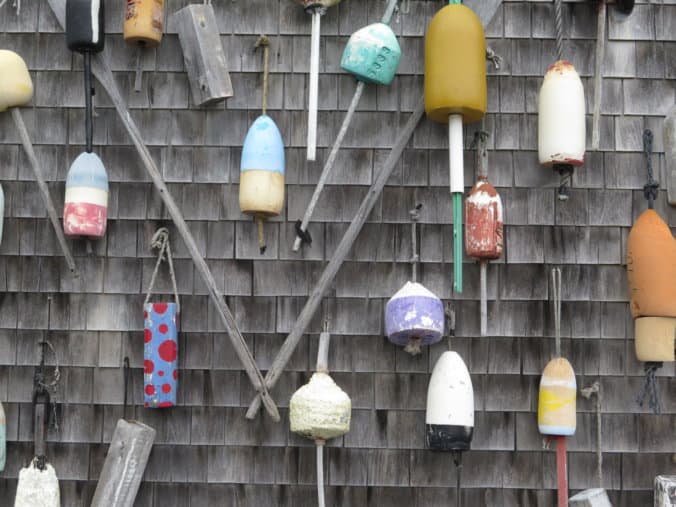 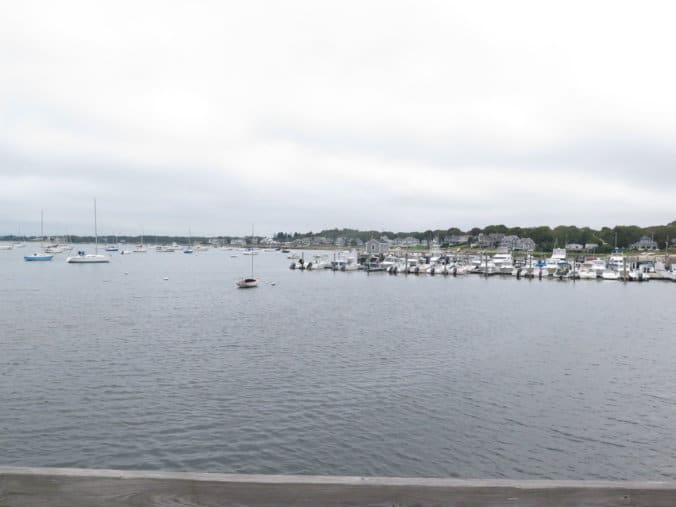 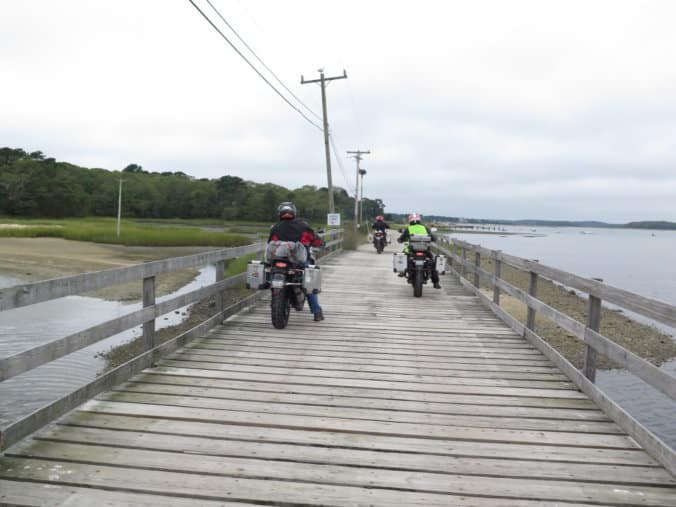 We rode to meet Gary and Jane, Gary is building an exact replica of the 1932 Studebaker that raced in the Indianapolis Race back then, it had an average speed around the circuit of 112 Miles per hour. The Studebaker Factory only built 5 of these racing cars, they look like this : 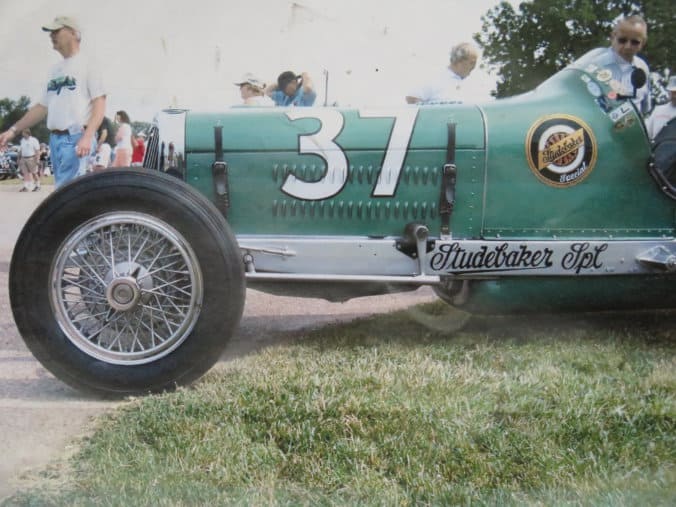 This is a photo of a photo hanging in Gary’s garage. There are only two remaining motors for these 5 cars left and Pie has one of the original motors, but no body, so no wonder he has an interest to see how Gary has been manufacturing this car from scratch over the past 6 years. 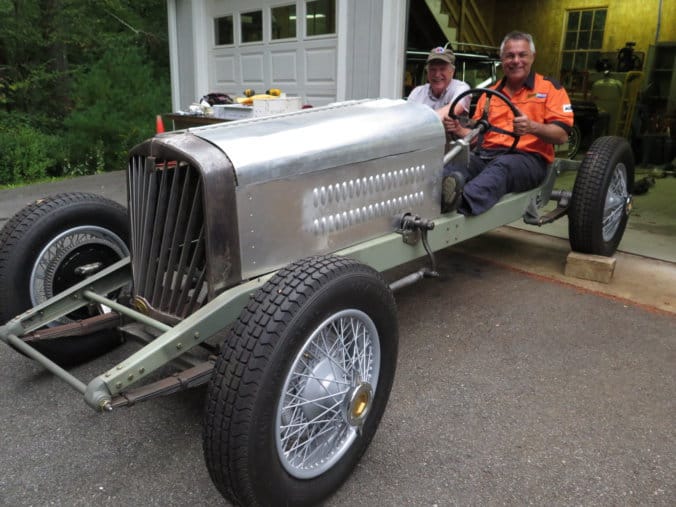 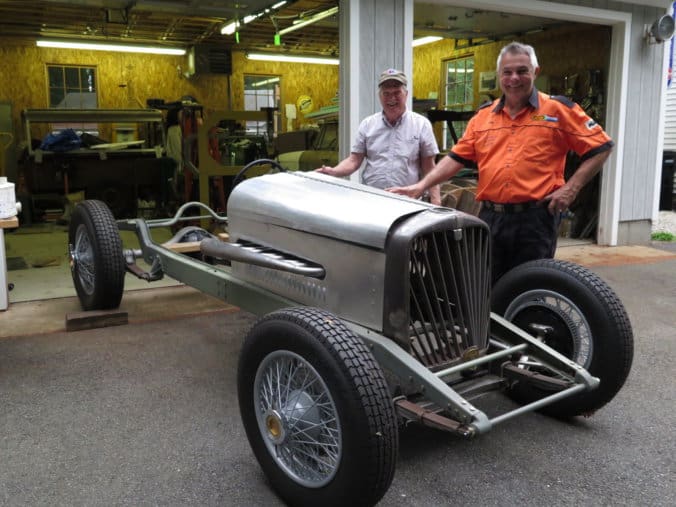 Here is the plastic molding\design of the radiator  that he is now currently busy fabricating : 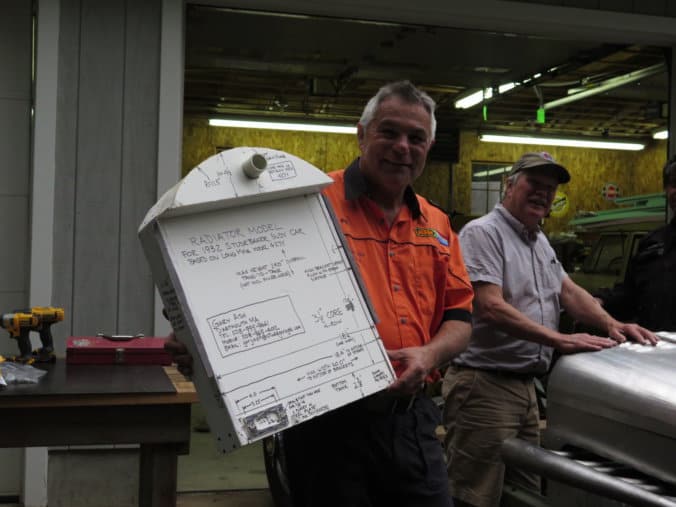 We have started watching the weather channel again as Tropical Storm Jose has been following us up the coast and we have to catch a ferry over to Nova Scotia in a day or two, but now we hear that it has been canceled due to the storm making landfall tomorrow, so our route might have to be altered to catch a different ferry further North, time will tell.

We are expecting Dog and Tex to arrive at the hotel any minute now………………… so tomorrow we will be back to 7 riders.