How do I even begin to describe todays adventure? This morning we all rode the 1st 20km together (and the total kilometers traveled on this trip since we left London clicked over the
30 000km mark) to the begining of our planned “road” which turned out to be a farmers mud-track. My arm was still sore from yesterday so I decided to find another less muddy road. Pie and Tex and Sergey joined me and we left the two pilots to fly solo, but soon after we left them Rocky decided to go diving and dived into a small lake, head first. 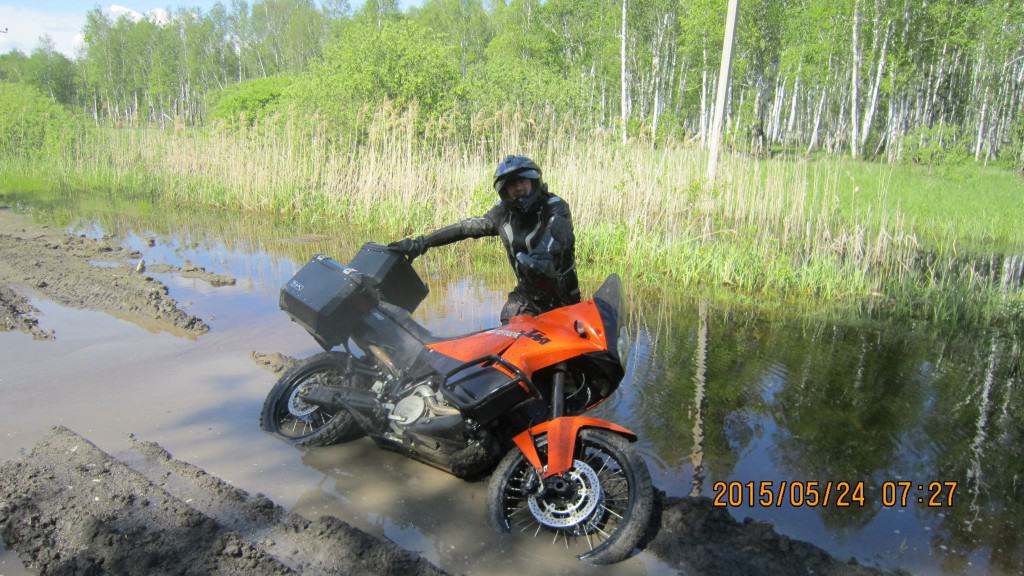 We will include some scuba gear and a snorkel for his next trips riding-gear.

Their day got even worst from there onwards and tonight as the two groups rode into town only 30 minutes apart there were more stories of diving into the mud, Tex went for a roll and Peens had to be dragged out from under his KTM by Rocky and I see Peens is limping tonight. 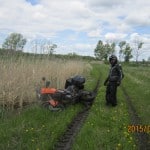 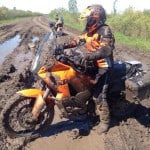 But our road was not much better and due to no data from the cellphone network we got lost, and then stuck, and then Pie’s clutch died after a work-out trying to pull the Toyota out of the mud.

We never included a clutch-kit in our spares as KTM’s clutches are bullet-proof. But they were not designed to tow bakkies, so we had to hook the bike behind the Cruiser after Pie opened the clutch too see if he could fix it by reversing the order of the clutch plates, but it was truely smoked.

KTM in Moskow is open on a Sunday but told us it will take them 2 months to get stock. So tomorrow Pie will try to find a Machine Shop where he hopes to machine a spacer? (What ever that might mean?)

But our KTM guy in Johannesburg, Nathaniel, might be able to get us 2 kits and give it to our two friends who will be joining us at Lake Baikal, the highlight of this leg, next week on Saturday. 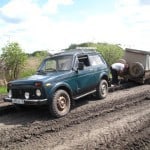 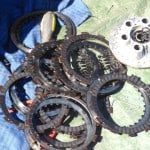 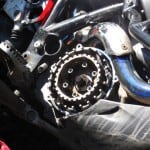 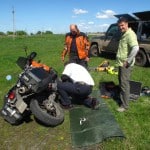 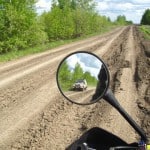 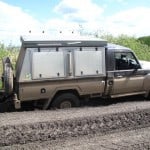 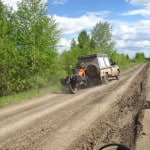 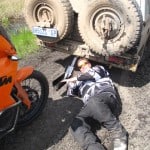 So our adventure riding is on hold until we have made a plan. We will now have to stick to tar back roads which we have on our GPS’s and we need to start making-up for the 1,5 days we are now behind schedule.

Photos of The American Bikes Day

Photos of the Day