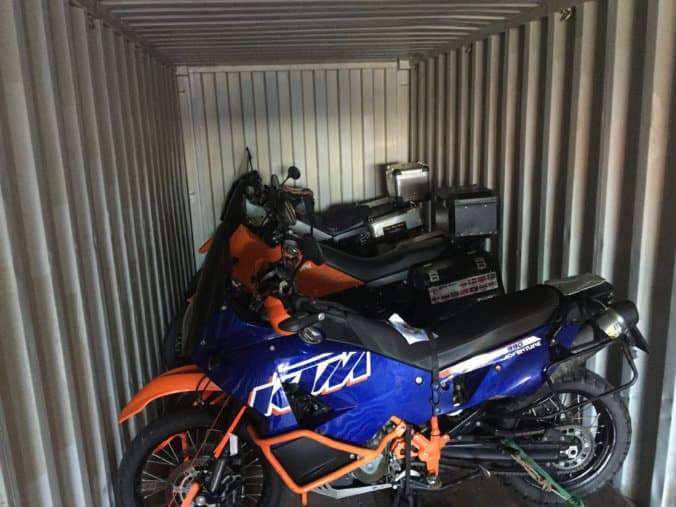 “RSA Bikes are Back” and Up-date on Lesotho, New Member, New Bikes

At the end of July the three RSA Bikes (mine, Rocky’s and Peens’s) and our beloved Back-up, (Brutus, Bakkie, Bucky, name it what you like, this Land Cruiser followed us for almost 45 000km  over two Continents and not even once did it miss a beat, once it got new tyres, once it needed a jump-start and once when the fuel-filter was so-clogged-up did it almost die, but proved to be as solid as the rock of Gebralta,) arrived back home. There was a lot of excitement and a whole group, including Rocky’s sons and Pies sister, set off to go and witness the container being offloaded and opened. After buying our “compulsory to enter Yellow Day-Glow-Vest” from the businessman at the gate, (dressed to be disguised as a security guard, and sitting in the Security Office at the gate, he also gets paid as a security guard by the shipping company) we were allowed to enter the premises. Here are some photos, in the wrong order : 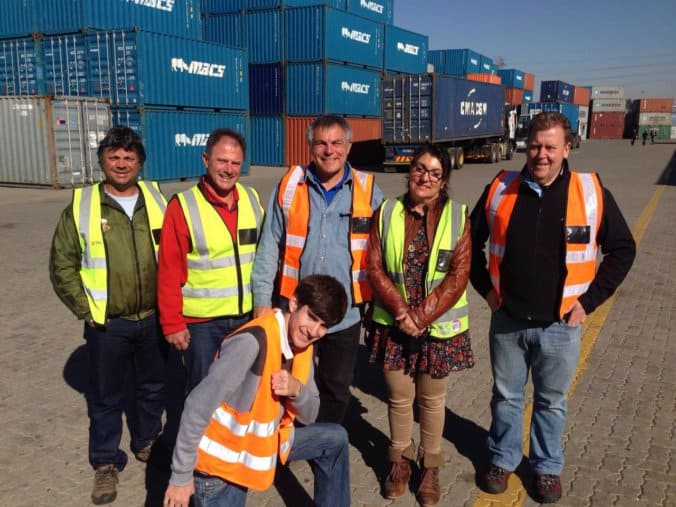 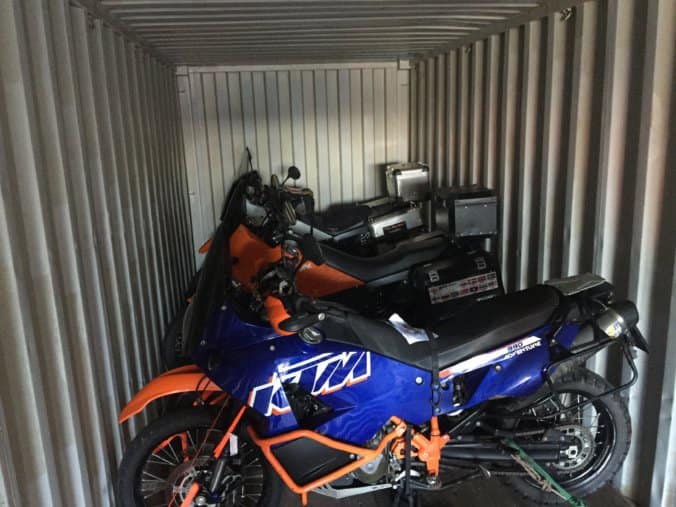 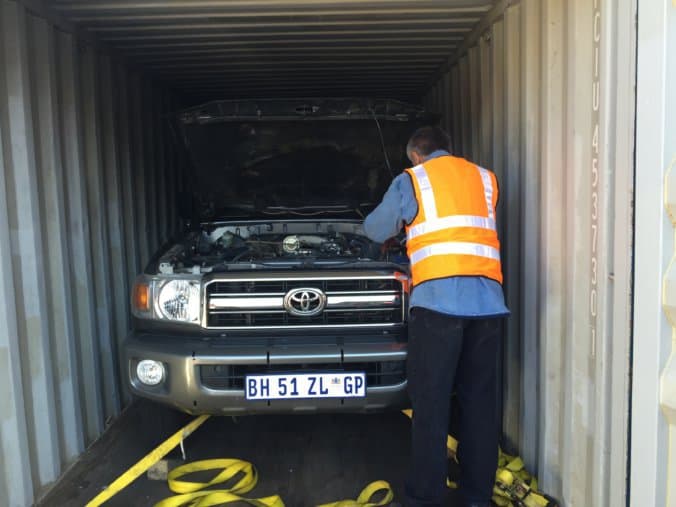 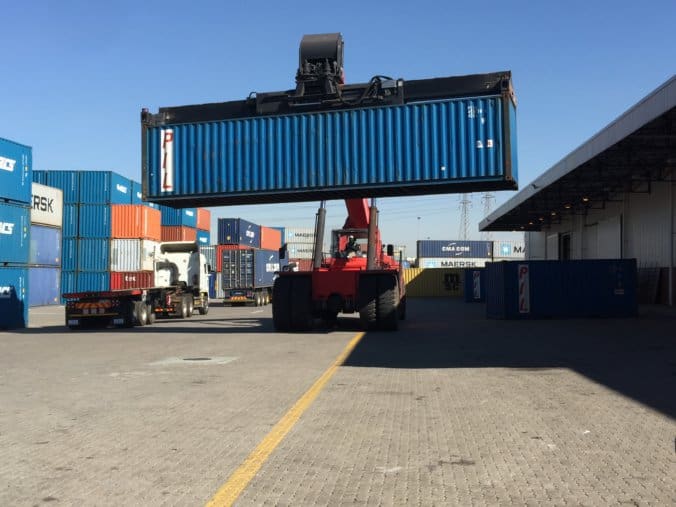 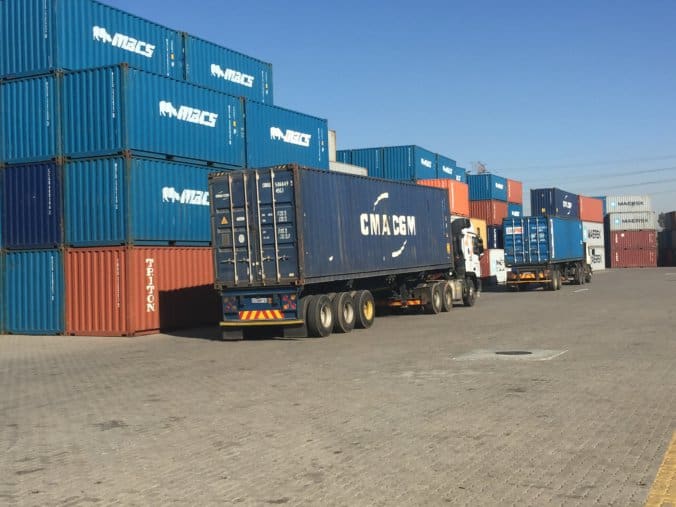 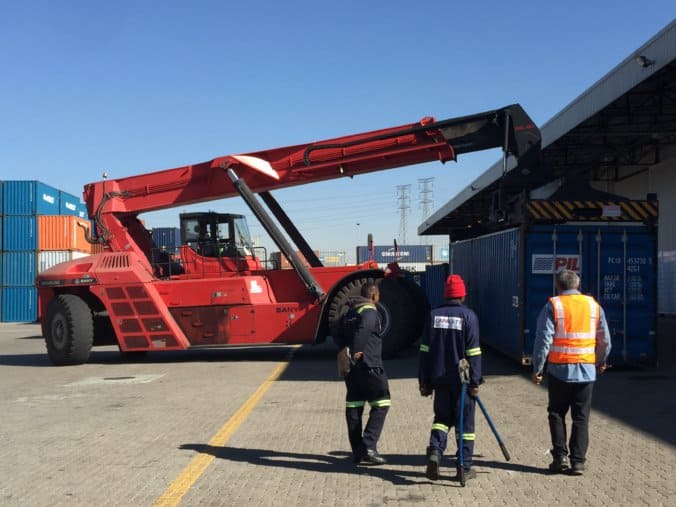 The truck that brought our container had some very interesting Information stuck to its door, (only in Africa.) 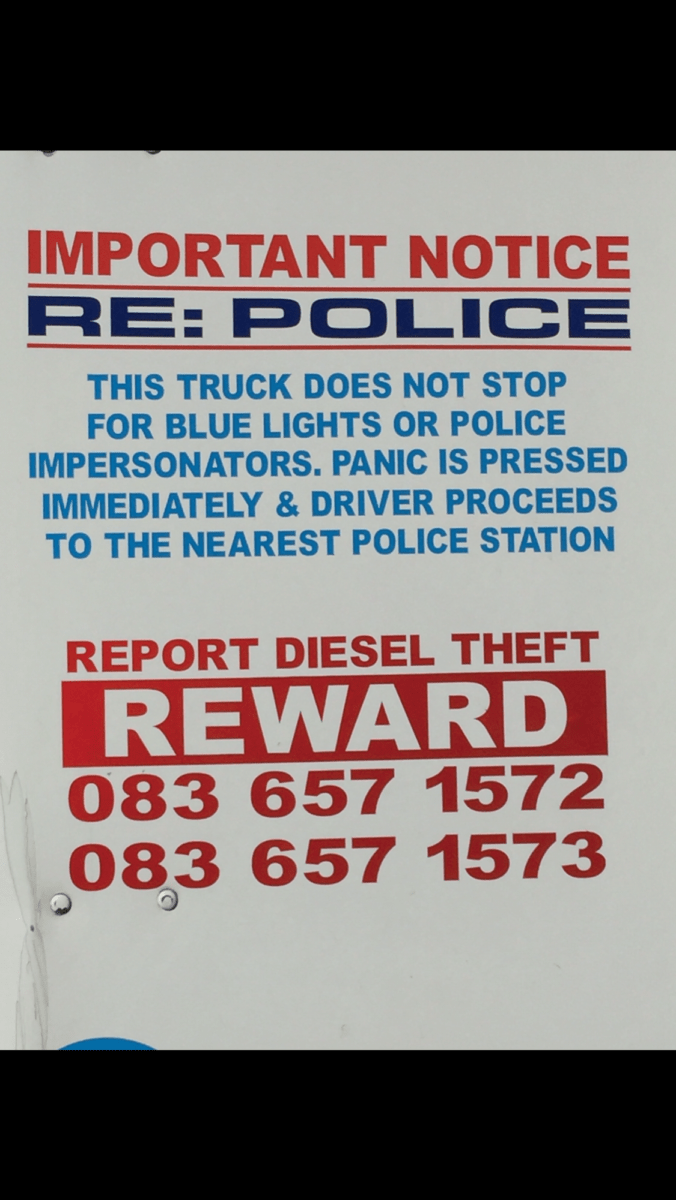 Yes, for those that are wondering, Tex and Pie’s two American Bikes arrived back in Texas as well.

Tex has been tasked to buy us American KTM’s (1190 R’s as the 990’s has been discontinued,) and is currently sourcing them on E-Bay, (bought some in Iowa I believe) and then he will be getting them kitted-out with panniers, heated grips, throttle control  and they will be ready  and waiting for us when we arrive there in April next year to do Leg 12, which will be the Southern part of the USA, Florida and then hopefully we will be able to take a ferry from Florida Keys to Cuba.

Another development is that another friend of ours Mills’y have decided that his marriage is strong enough to be “tested” and he will be joining us, Tex is also looking for a bike for him.

But the preparation for Leg 11, which will be Lesotho, done on our newly re-turned and newly serviced bikes are now the  main focus. We will be doing a 4 day ride in three weeks from now on a very challenging route through Lesotho, going up Sani Pass and then turning Left to follow the border on the Lesotho side all the way to Quachas Neck, on a 4X4 Track, so it will be very technical and should it rain be near impossible.

We are planning to be staying at “The Highest Pub In Africa” on the 2nd night (at the top of Sani Pass) and our last night will be at Malealea, world famous for the Mecca of Pony Trekking. I hope to have the strength to stop often and take a lot of photos so that I can document this lovely country and do a full-report-posting after the trip. so that you will be able to share this with us.

The plan is to use the RSA bikes to ride to Cairo in future (maybe before we do South America) but to use them until the Africa Trip for smaller short trips to other countries near the borders of South Africa.

Hope you “join us for the ride.”