Tonight we are in the town of Blowing Rock, rumour has it an Indian Chief told his daughter he would not allow her to “marry” the love of her life, so she walked to the top of this mountain and stood on the rock that hangs-out over the valley and jumped down to kill herself, but the wind blew her back to the top of the rock, therefore the name Blowing Rock. But let me tell you about last night and our day today. 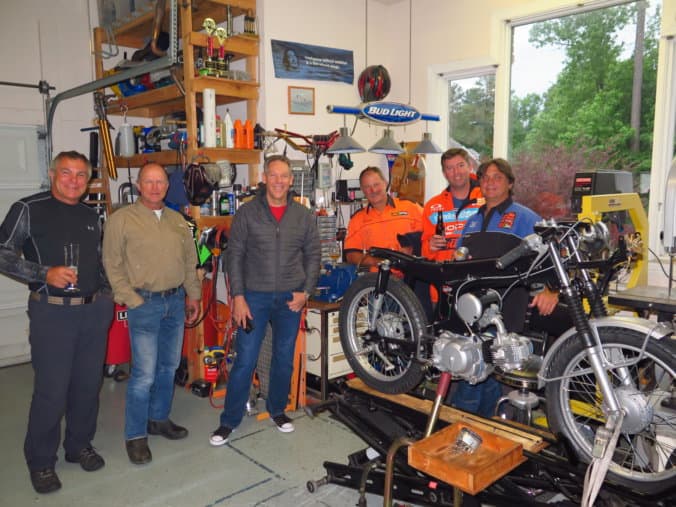 Last night the rest of the group, (including Peens  who did 1600km through Friday night after landing in Miami from Cuba late on Friday afternoon,) came to my cousin’s house and started talking “fabrication” and “Re-Mod’s” (restore and modernized) and Pie and Rassie was even talking about a collaboration on a old 750 Suzuki which the have a common passion for.)

Rassie also has a collection of Bicycles, see below. Peens asked me to post this photo just for Estie who, rumour has it, has been on a bicycle once or twice before (she rode from Egypt to Capetown with my other cousin, but that is another story for another day.) 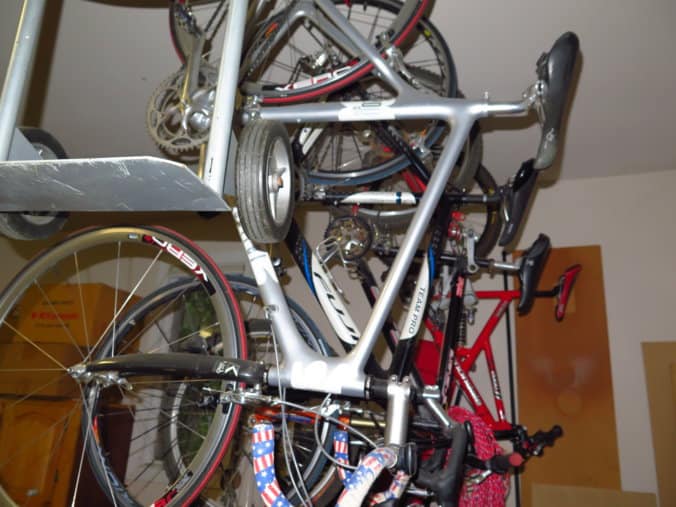 We eventual got them out of the garage and went to a local Brewery with 9 Craft Beers on Tap which we sampled and then we filled two large bottles of beer and took it with us to the Indian Restaurant around the corner. My cousin is referred to as the “Light Lady” by the owners wife of the restaurant as my cousin, who has such a good heart decided to tell the lady of the restaurant just after they opened it that the lighting inside their new restaurant was very harsh and although that might be the norm in India, the restaurant will do better if they dim the lights and create an ambiance, which they did, so now my cousin is called The Light Lady every-time she makes a booking at the restaurant. See the lady below on the left. 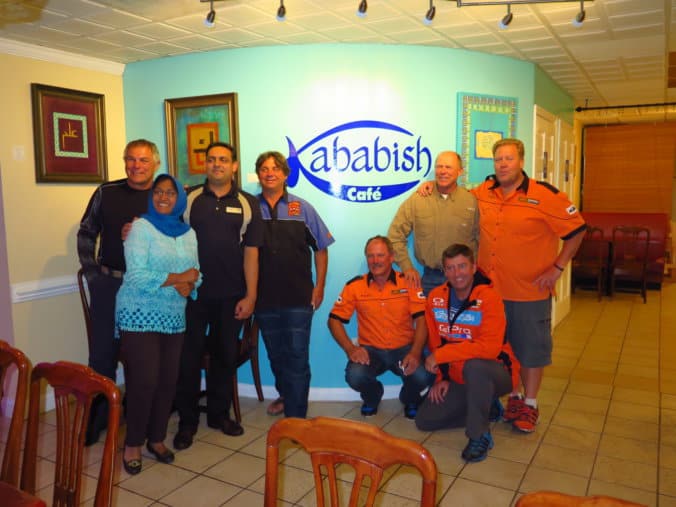 This morning we all met again at my cousins house and after a quick photo session we followed Rassie and Mariet through the forests and farms around their house (saw my 1st cow 5 miles into the ride.) 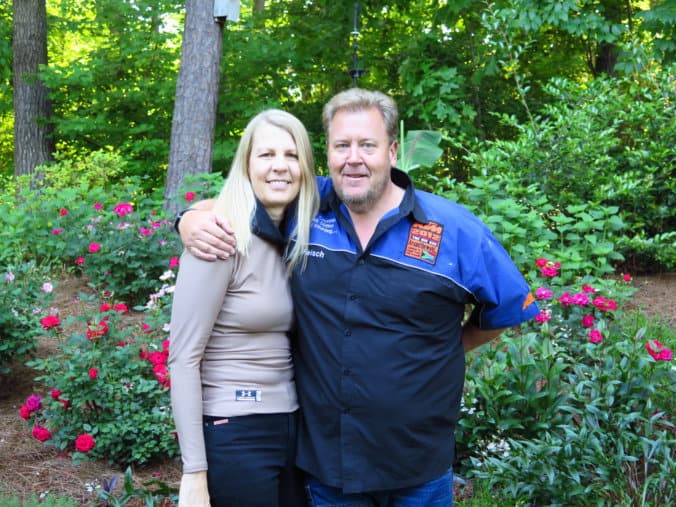 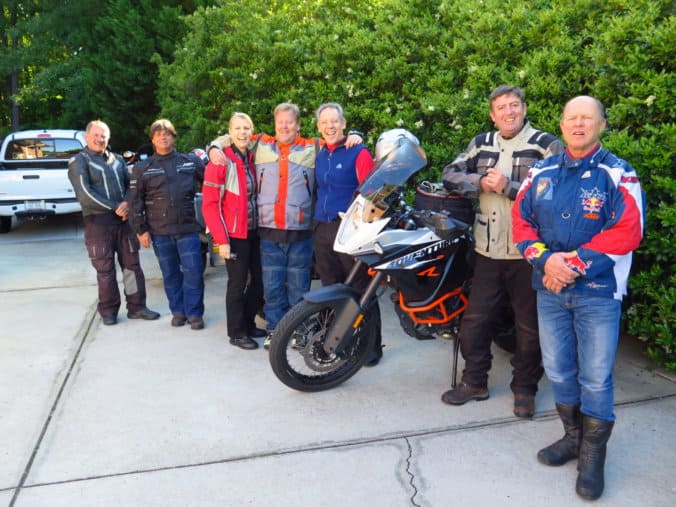 We stopped in a very arty little town for breakfast 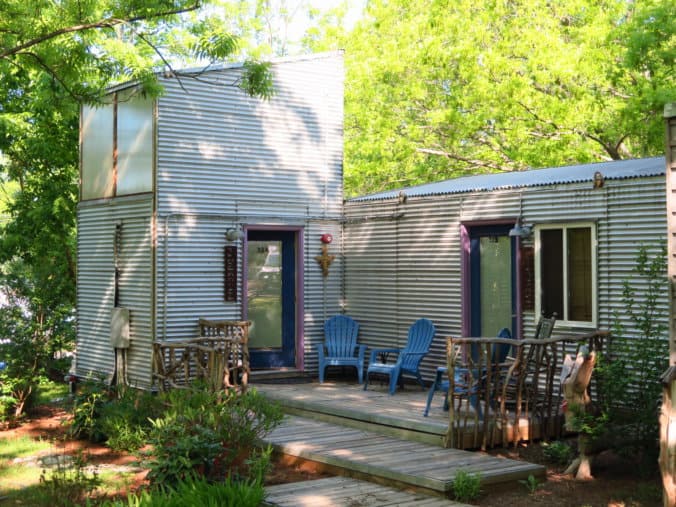 And we even viewed Art 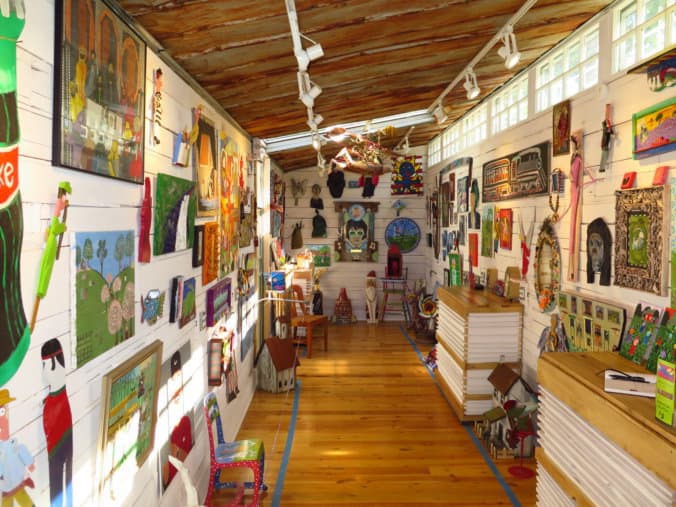 I started using my helmet camera to take still-photos, up to now I have just been taking videos with the Go-Pro but have decided to add another dimension with helmet-stills. Here is some art for sale next to the road. 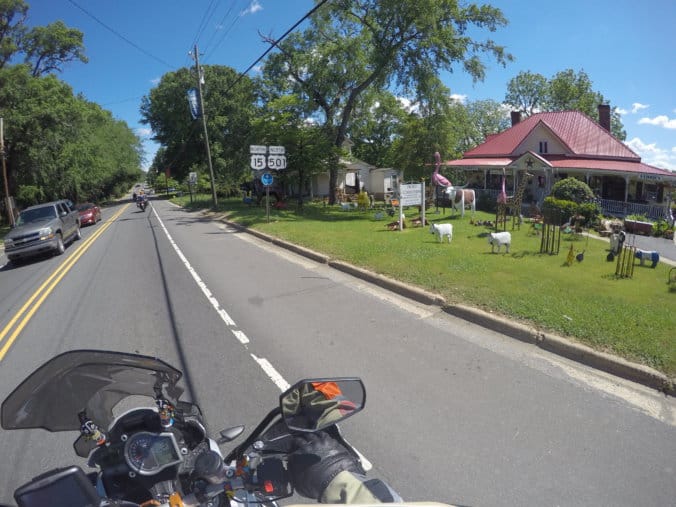 There were hundreds of other bikers riding through this town. 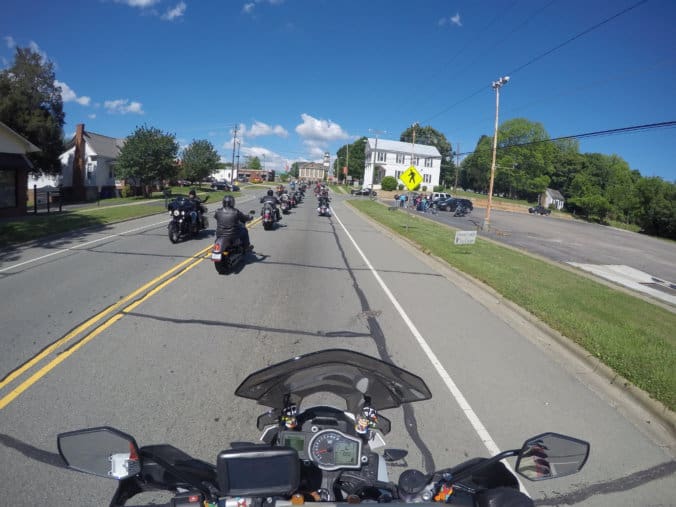 We said our Good-Byes to my family after breakfast and then said good-bye to Pie to continue on his own Tour de Studebaker, he was off to see cars. Rassie told us which scenic route to take and where we should be heading and what roads we should ride over the next three days. On the way we stopped at the Harley Davidson Museum which was closed on Sundays, but a little further on we did manage to get into the Aviation Museum and Hall of Fame, (as you know there are three pilots and aviation nutters in the group.) Here are some Photos: 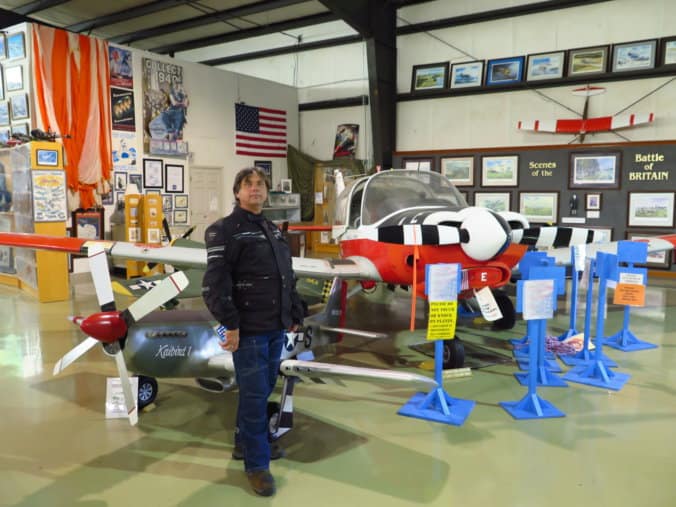 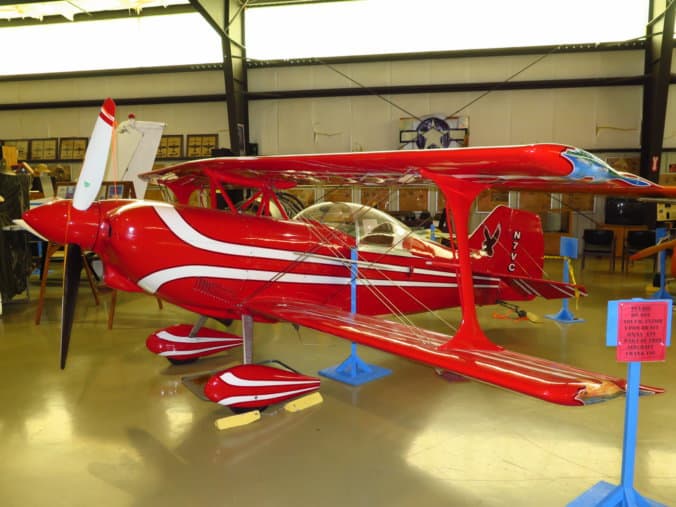 The Local Veterans stored their floats here as well. 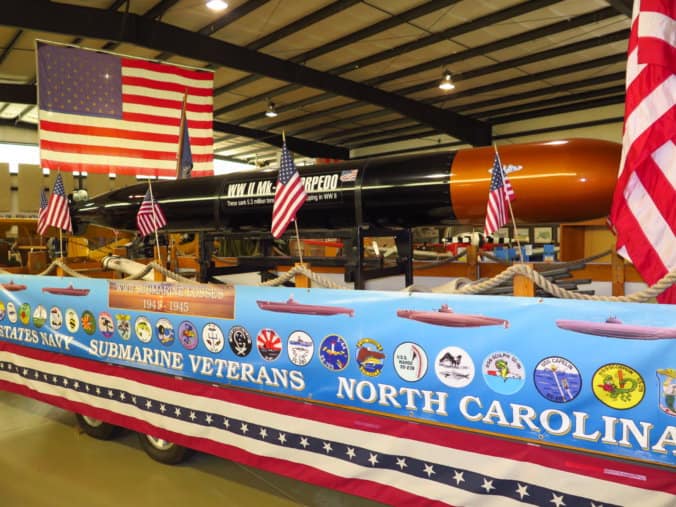 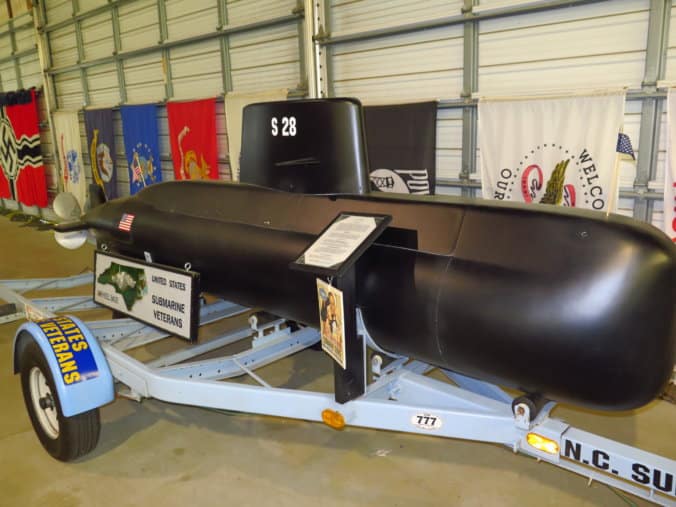 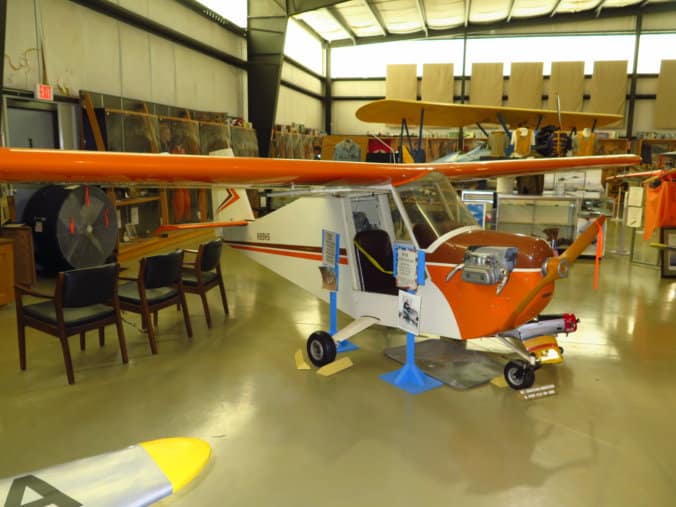 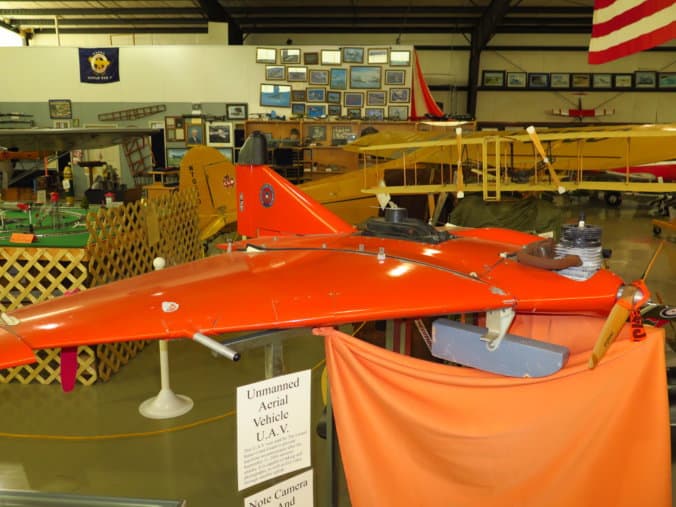 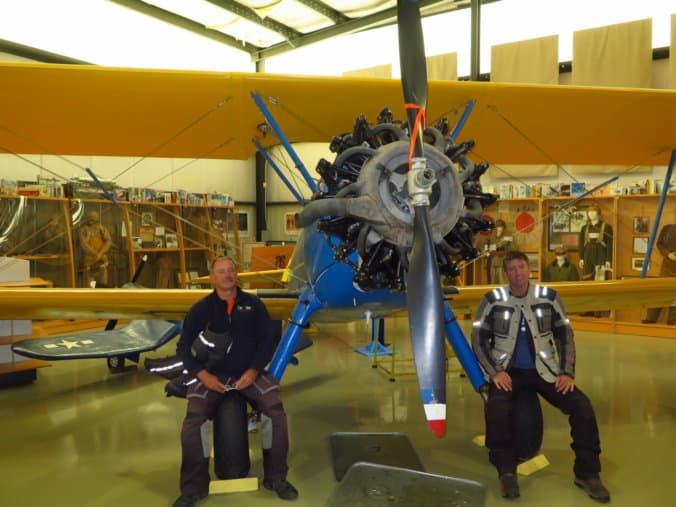 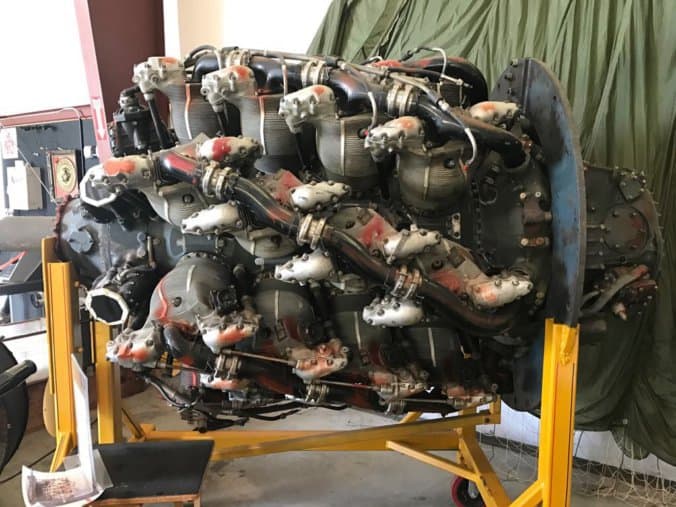 Today’s ride was by far the best and scenic we have had on this whole Leg. Up to yesterday we have been riding at an elevation of less than 200 meters, but then we started getting some hills and climbed to 400 and at the end of the day we are sitting at 1140 meters in the Appellation Mountains, which as you know means there has to be bends and twisties and that equal fun, but the route was winding along small farm roads, I think I now got the hang of navigating in the USA, today I put my GPS navigation settings on “Shortest Distance” and then I told her to Avoid Hi-Ways, and she took us an some breathtaking roads through the farms and forests and lakes, we even found ourselves on some gravel roads on two occasions. 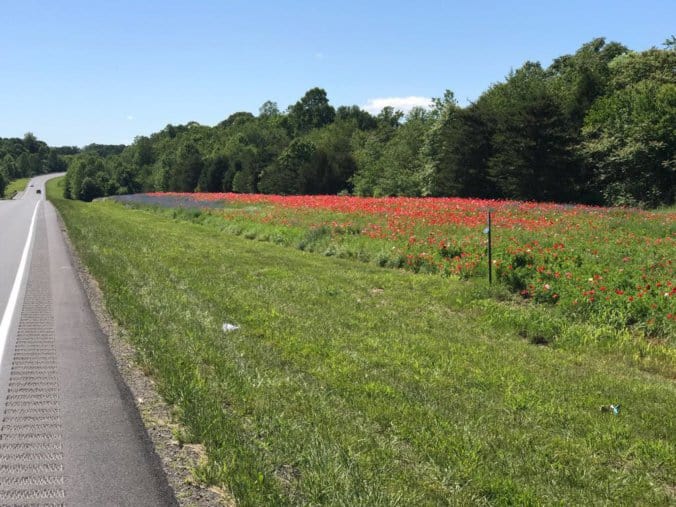 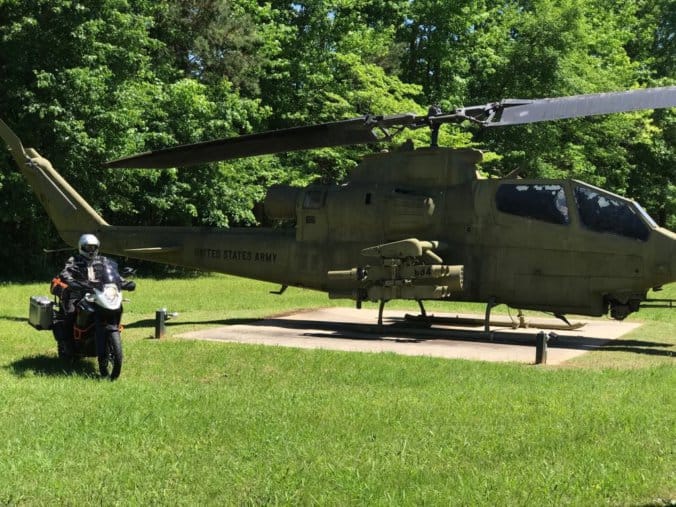 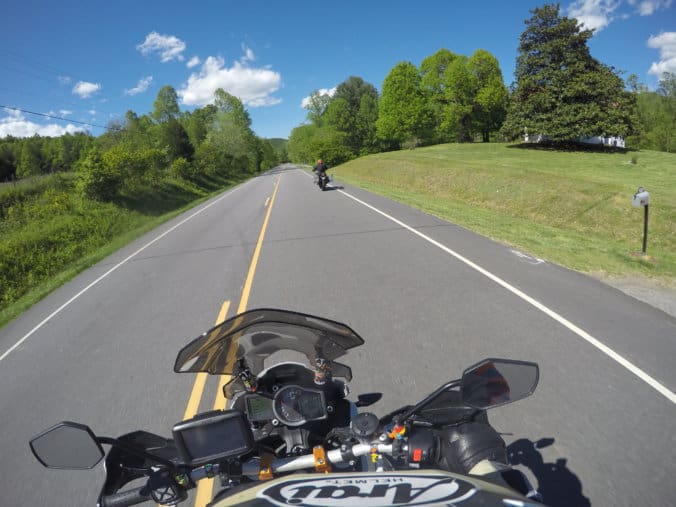 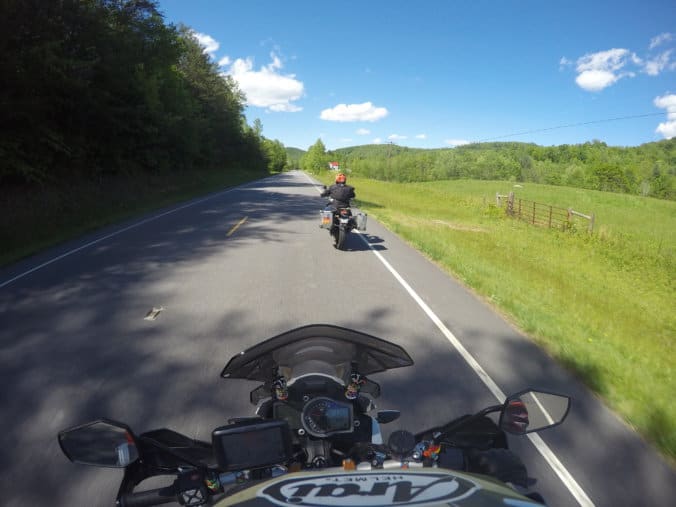 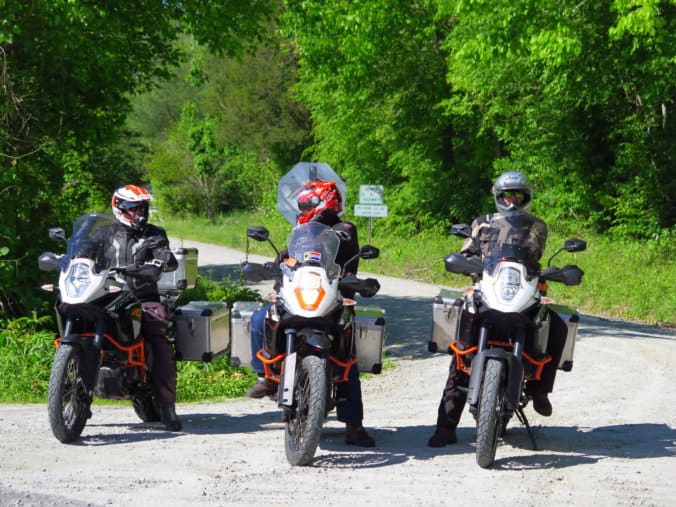 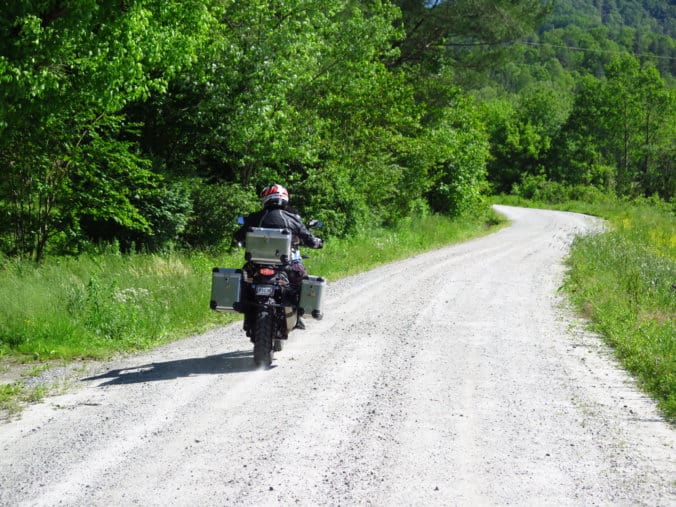 Yes, that is a Lama in the back-ground: 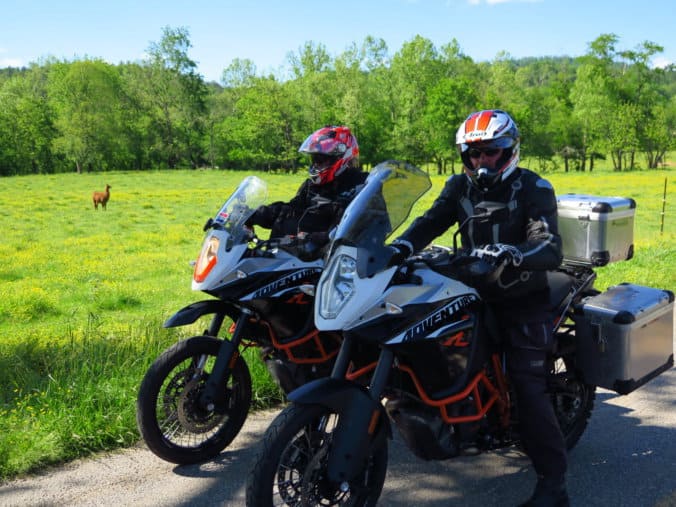 Note how wide this river is, it is not a lake, the lake was enormous. 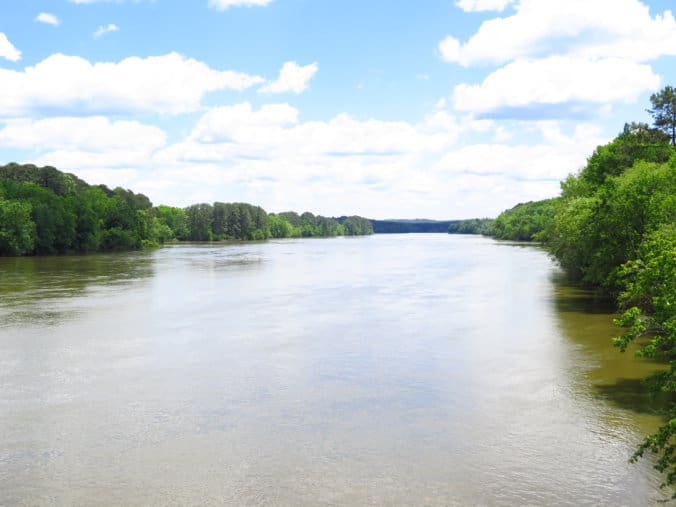 Tomorrow we hope to ride a pass called “The Snake” and also hope to cross into Tennessee and ride on the famous Blue-ridge Pass way’s “Little Tail”  or Little Dragon which the the pass just North of the famous pass called The Tail Of The Dragon, which we hope to ride properly on the next trip is September when we will be heading East again. We are now heading West towards Nashville where we plan to leave the bikes, this trip is winding down and we only have two proper days riding planned.