Yesterday while Tex won a trip to the local pannelbeater to have his pannier bracket welded we visited the church in Ulan-ude which was the only Anti Religion Centre which was opperated from within a church during the time religion was banned during the Soviet era, (we are told that during that time different religions would help one another by hiding the other church’ religios items, so how I understood the person telling us, Buddha Temples whould hide Christian Crosses for the christian churches and they will in return hide symbols of other religions. 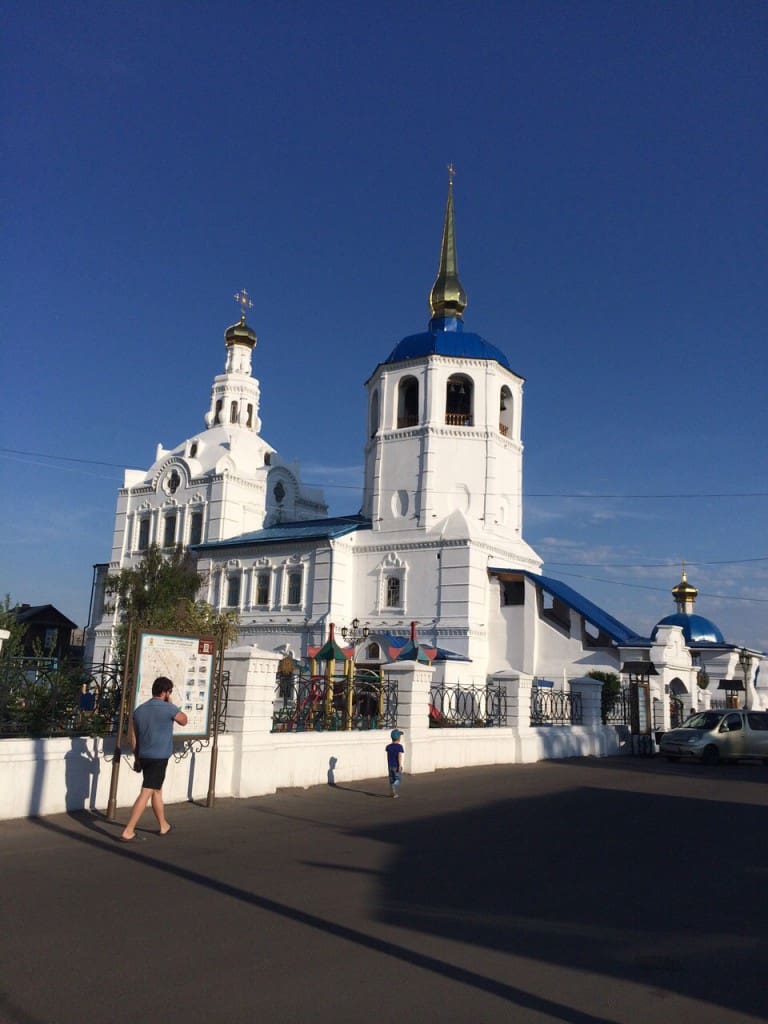 It seems our group can only afford three cameras on the trip, all three carried by me, a big SLR, a small point and shoot and a Go-Pro Video camera on my head. But the other guys every now and then take a photo for me on their cell phones, these reach me a few days later, so the ones Pie took of us today will only be posted in a few days time, but there were a few photos taken a few days ago that I received today, you will note we had enough of Peens’s “schair style” and decided to take him for a hair-cut, (he scared the children when Removing his helmet and all his hair stood upright.)

You will also see,that when you buy a bottle of alcohol in these remote parts of Russia you get a certificate as proof of authenticity and that the seller has paid the 40% tax on it. 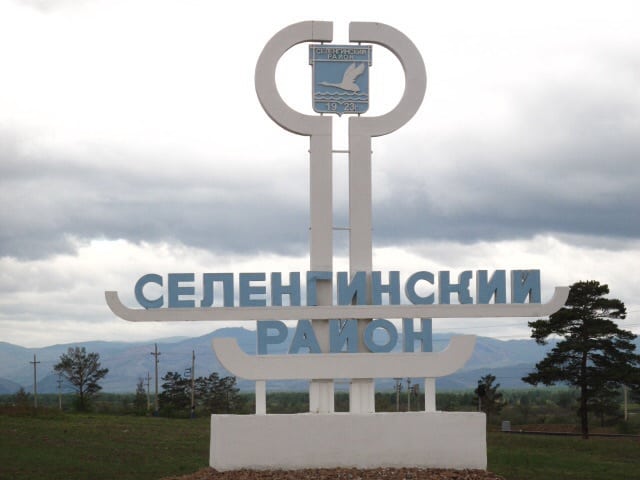 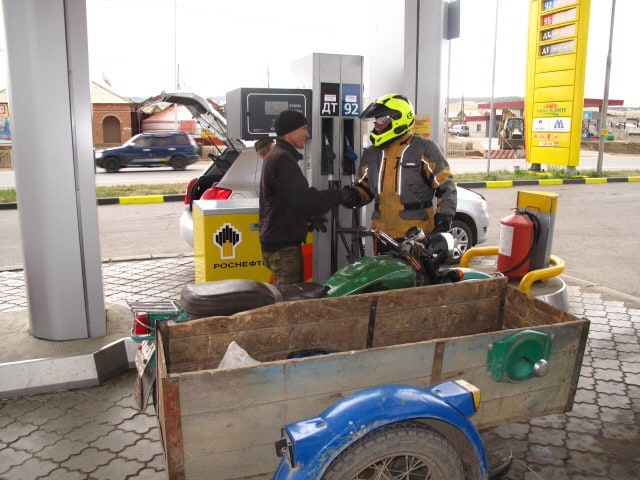 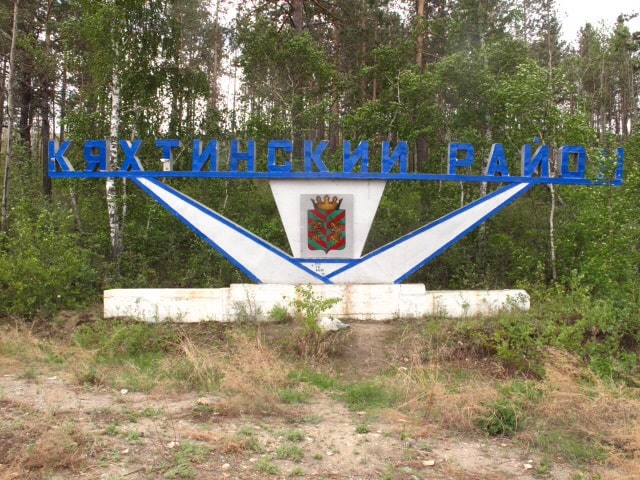 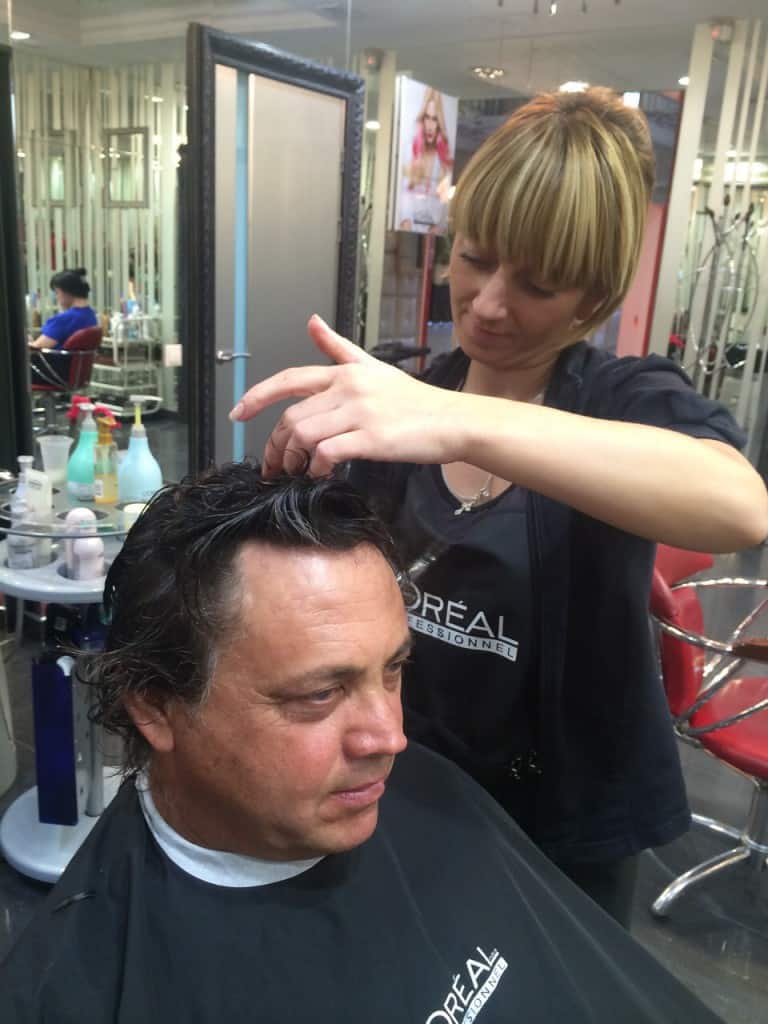 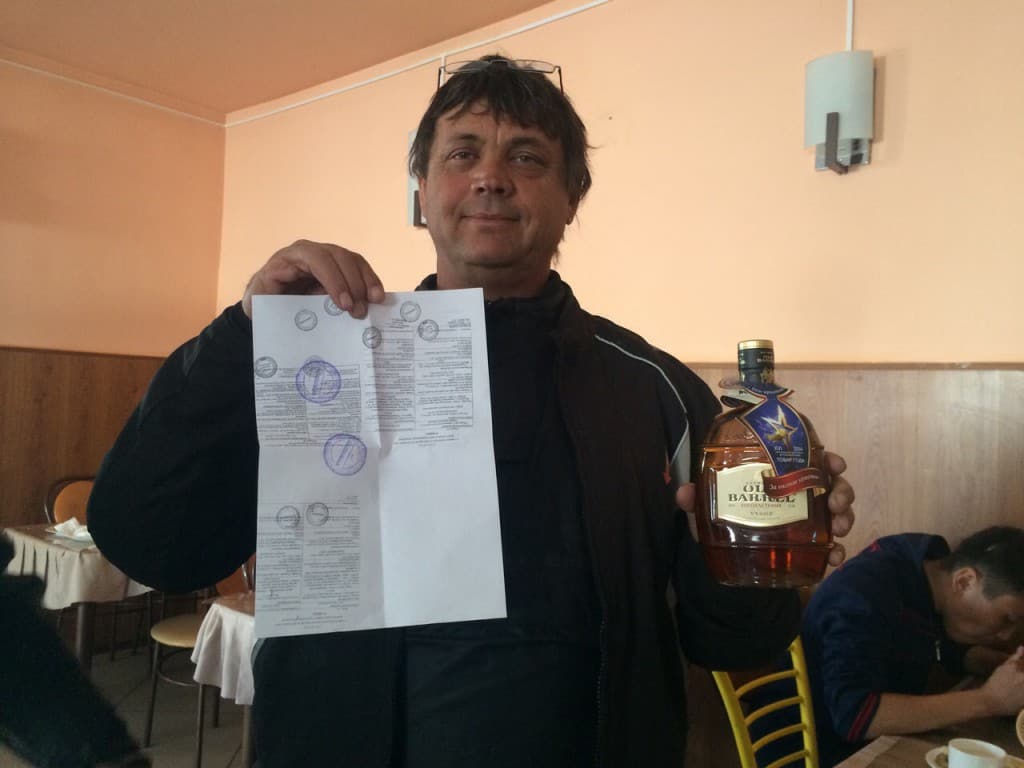 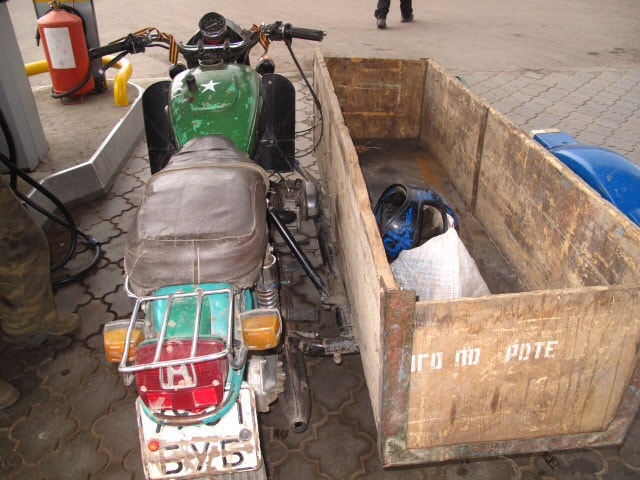 We rode the 200km to the border on a desolate road which was like a corrugated tar road with tumble-weed rolling and a strong wind on our backs. At the border there was some earth-works taking place, so we queued in the dust. But before we got to the border we used all the Roubles we had left to fill up all three fuel tanks on the Toyota ( two diesel and one 200lt tank with spare fuel for the bikes.) 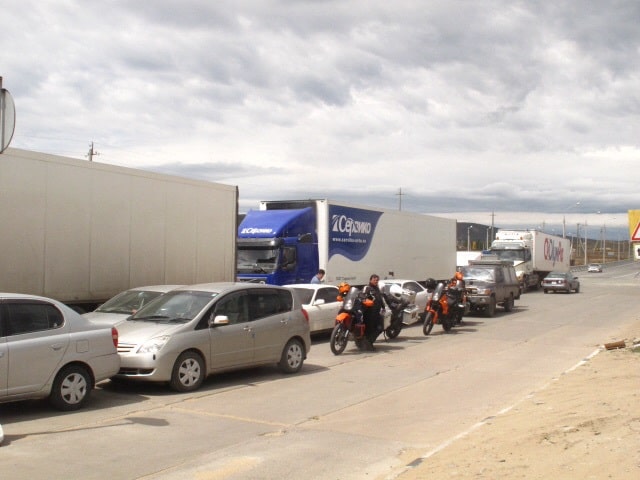 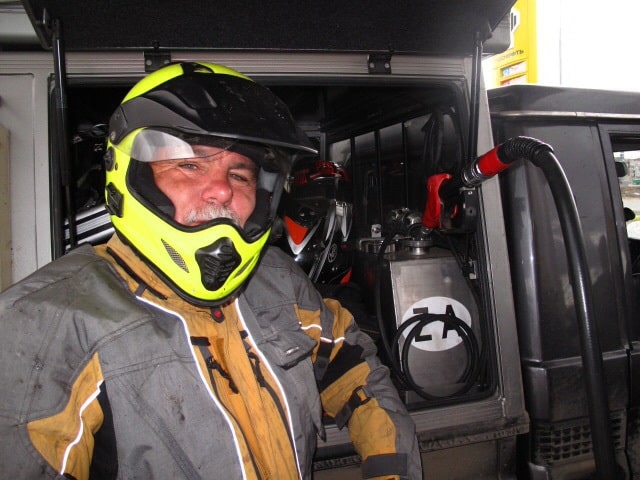 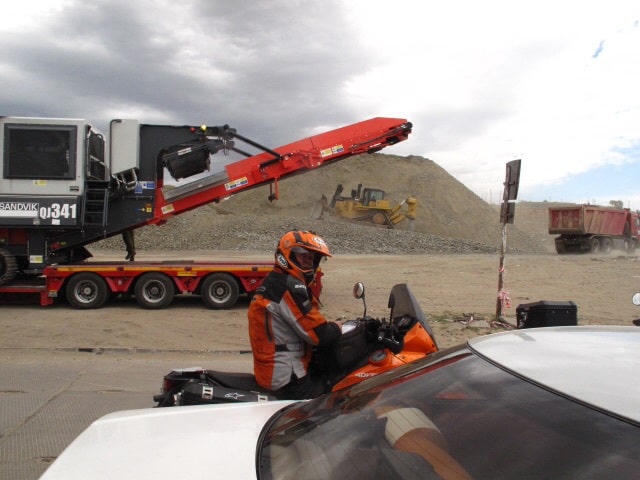 And after a 3,5 hour process we were into Mongolia. We have perfected the art of “arriving” into a new country, Peens is always through 1st as he hussle and smile and chat and push-in and push back and test the waters as he has no skaam, (and in his defense, there are no signs in English at the borders we have been crossing on the last few trips, so it is a process of trail-and-error.) He then starts getting the currency exchange rate from the “money-pimps” and starts pushing for the best rate, I then follow a little later and and he tells me in Afrikaans what was his best rate, I the refuse that rate and pretend to get angry and feel insulted, and when I cant get a better rate Rocky, our Kitty-Man then rides in and I give him the best rate I was offered and he then negotiate a little further before exchanging money, see him here closing amother deal, surrounded by money-pimps, all shouting and negotiating at once. 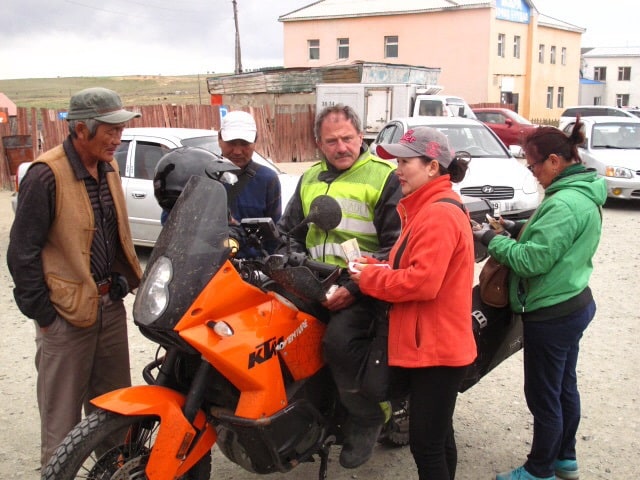 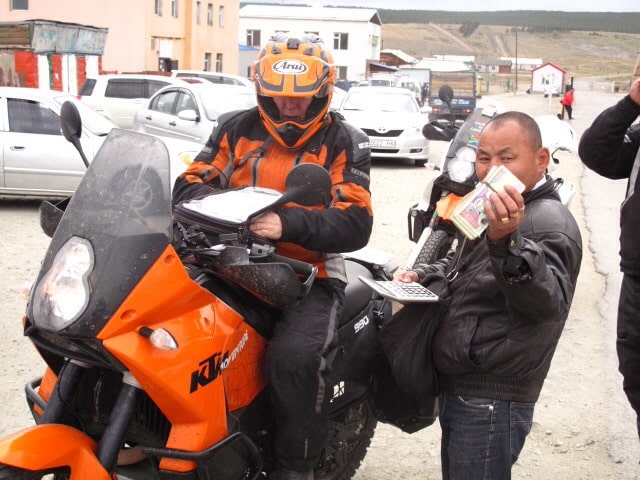 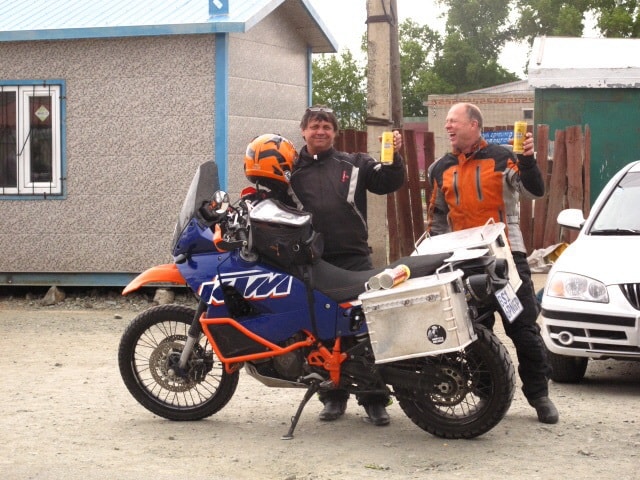 It is unbelivable how everything can change within 300km, the landscape is al,pst like the Karoo in Mongolia, some places there were even dunes like in Kalahari. The people live in round “tents” with a chimney in the middle. 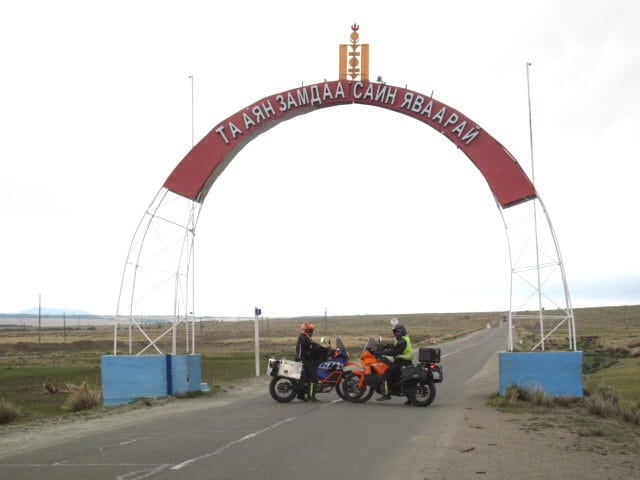 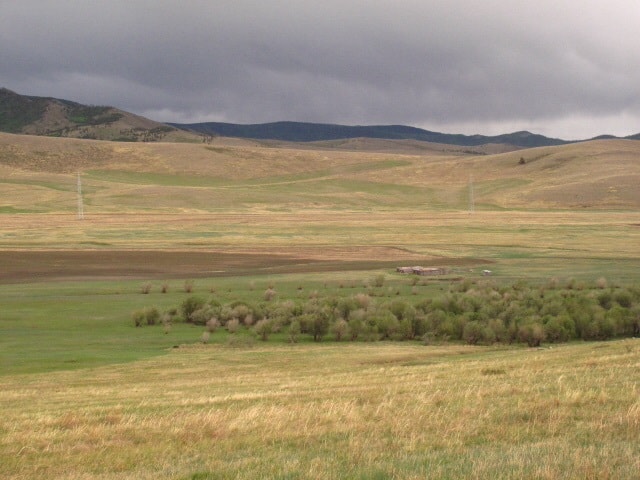 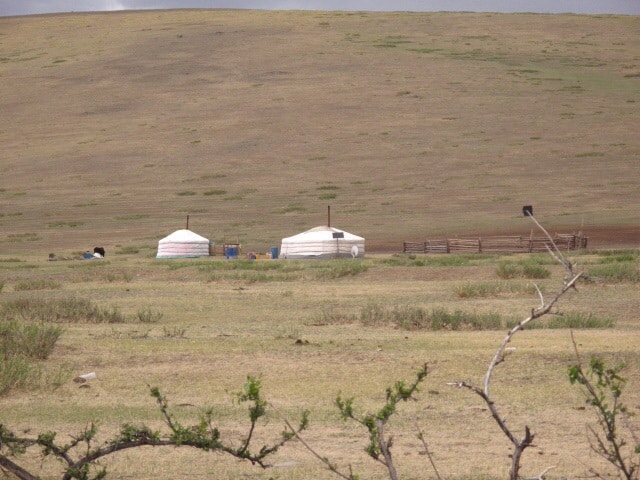 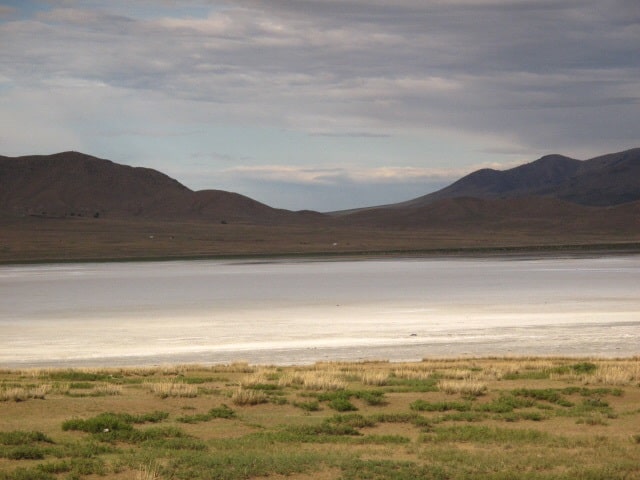 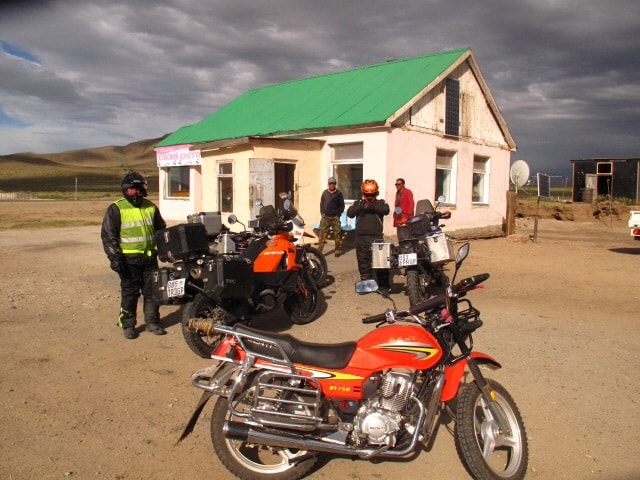 We stopped for a late lunch (coffee, coke and a packet of koekies,) at a little shop in between Nowhere and Nothing, I think it belongs to the policeman who flaggs-down every car, and he then comes and help behind the counter. We were now face to face with the rural people of Mongolia. The most beauful person in the room was the photo of Kate Hudson, framed and hanging behind the counter. 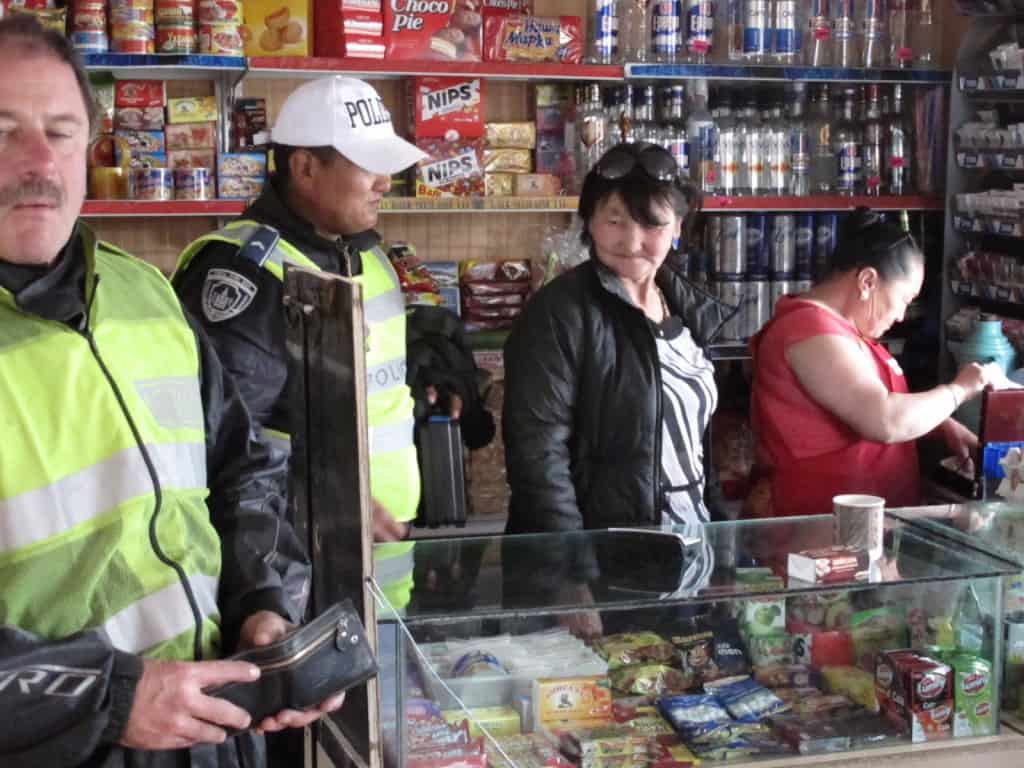 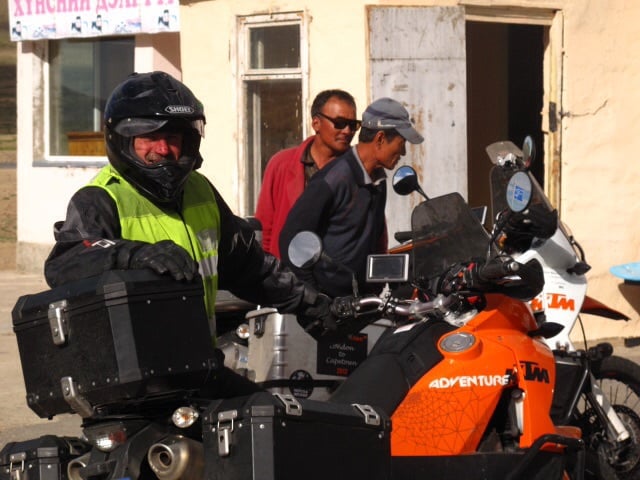 An ancient tradition which started on the Silk Route centuries ago whereby you leave something of you behind under a rock, usually a piece of your robes you were wearing, still continues today among travelers that travel here, (seems some traveled by crutches up to this point.) I also spotted some cow bones? 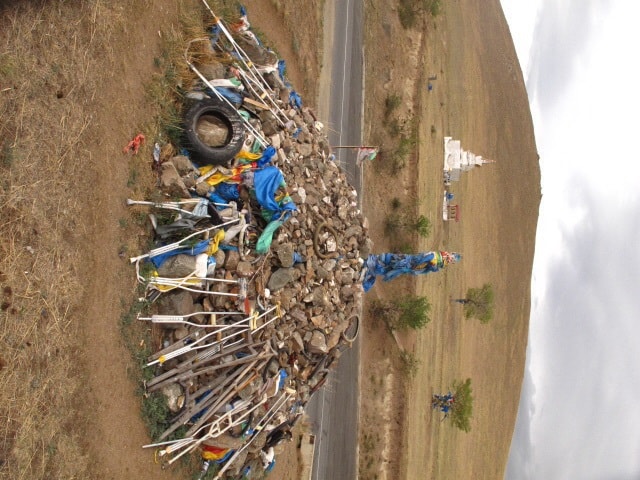 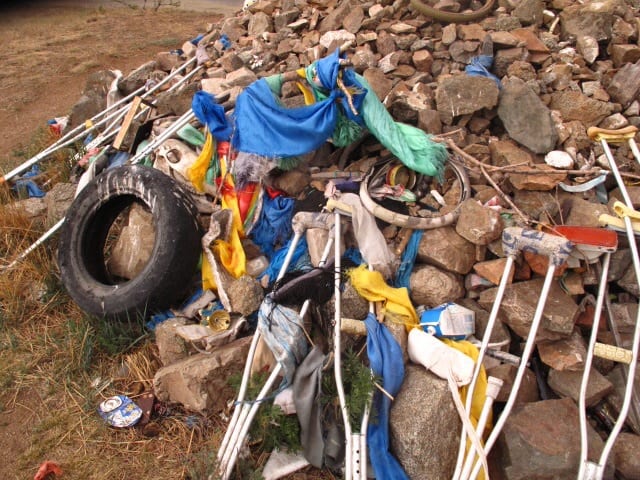 Preparing the bikes and re-packing