Yesterday the KTM guys invited is to join them today for a ride to a festival. I was exspecting a Breakfast-run type of a ride to a restaurant with a vibe. We met at the KTM premises at 09h00. 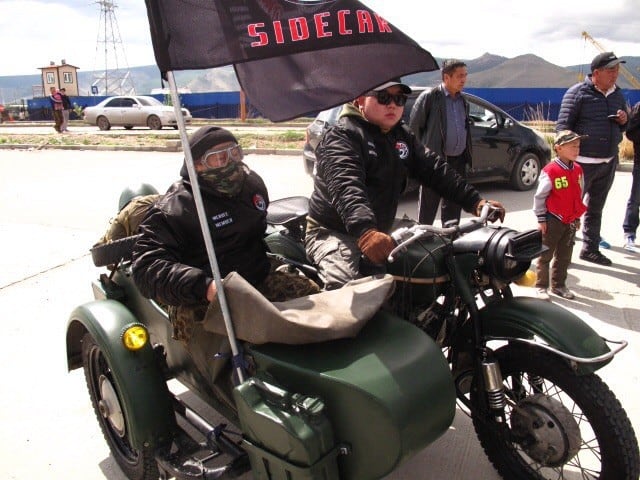 We started off with about 30 bikes and headed for the city cemtre of Ulan Bator (translated it means Red Worrior, Ulan Ude where we stayed our last night in Russia means Red River.) along the way more bikes joined in. Most roads around The square was closed for a Marathon, (Sergey heard about this yesterday and went to register and was very happy this morning on his way to run in this Mongolian event.) Our group of bikes arrived at a very large parking-lot, and then I realised the magnatude of the event was lost in translation as the bikes just started arriving for the next 2 hours they just streamed in, all types, MX “Plastic Bikes” Cruisers, Harleys, Road-bikes, Quads, and then the cars started arriving, Vintage cars, Drift-cars, sport cars and 4×4’s, and then the media and camera crews arrived and by 12h00 they had the over 500 bikes lined-up two abreast and with a few police cars leading we started a procession through the streets of Ulan Bator, all the roads were blocked off and manned by police and we drove through the city with the streets lined with people waving and recording this on their cell phones. I have not yet seen Sergey to ask but I suspect we rode the same route as what they ran.

Then we headed out ofmthe city to a outdoor sports track where there were food stalls and a band playing. The drift cars drifted and then there was a few competitions to see who’s Harley revved the loudest, and a wheely competition for the MX Bikes. We ate some food but made sure we walked far around the Mongolian Pressure cooker which was steaming and shaking on a fire.

The little fat-cakes are made by the 1st lady rolling a round ball of dough, the next lady rolls this flat with a rolling-pin into a round flat disc shape, raw seasoned mince is then inserted and it is folded over and deepfired in a large wok. 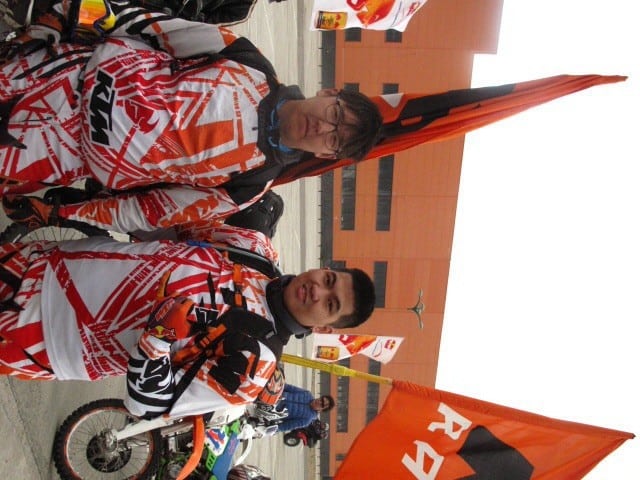 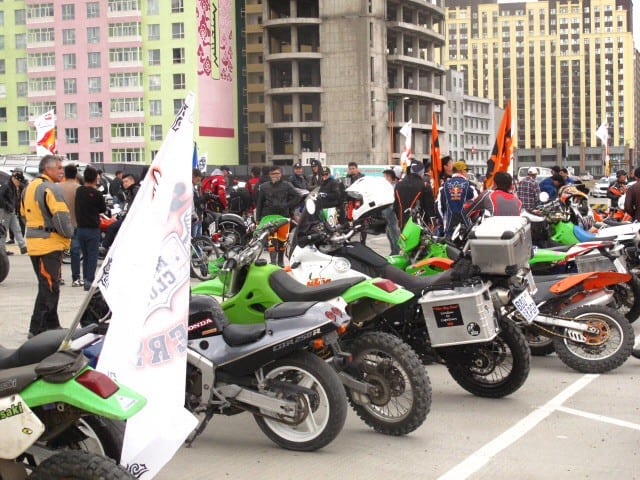 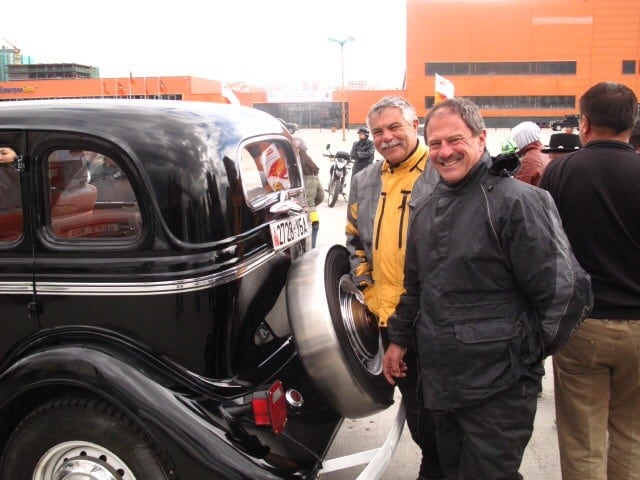 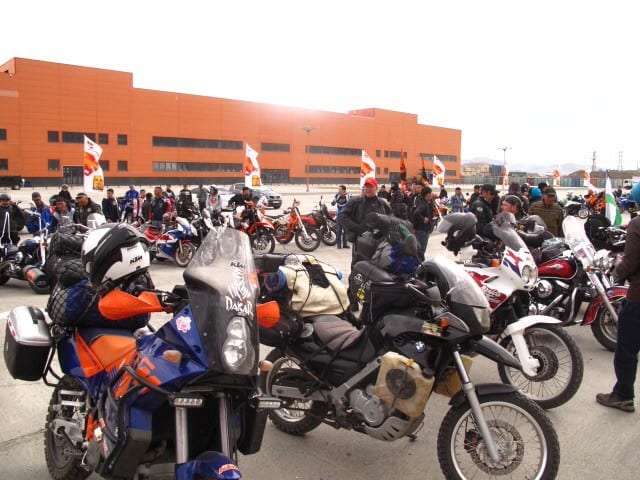 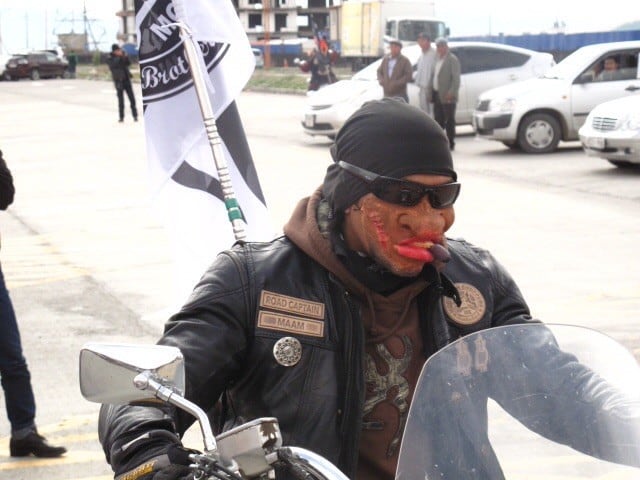 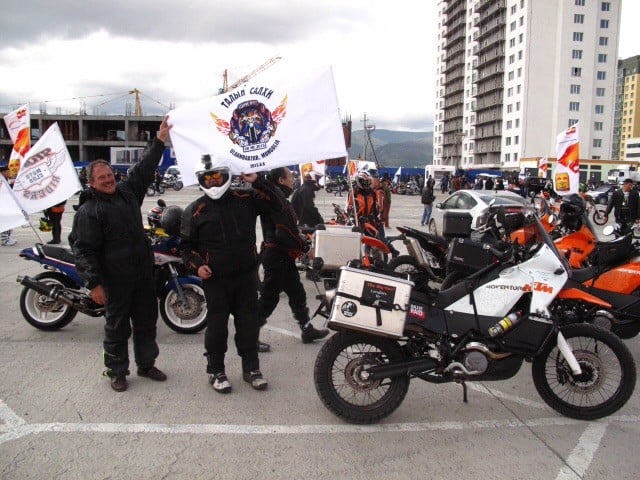 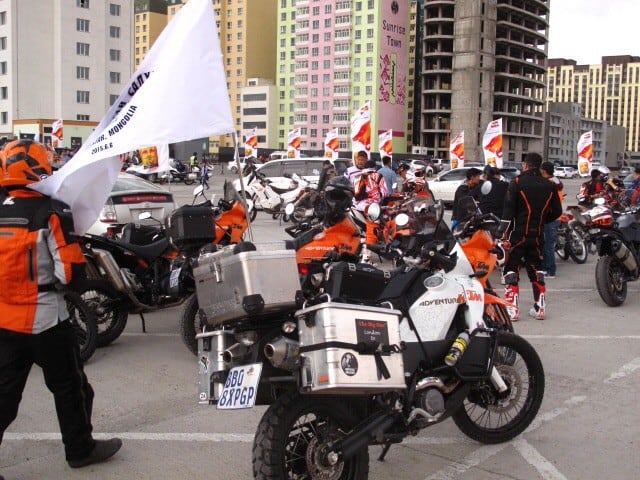 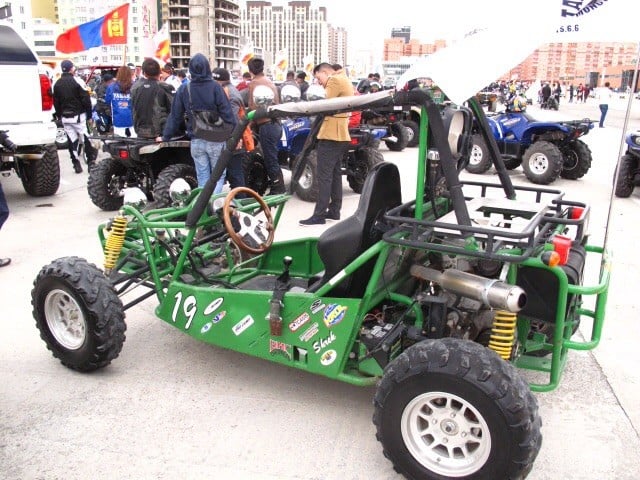 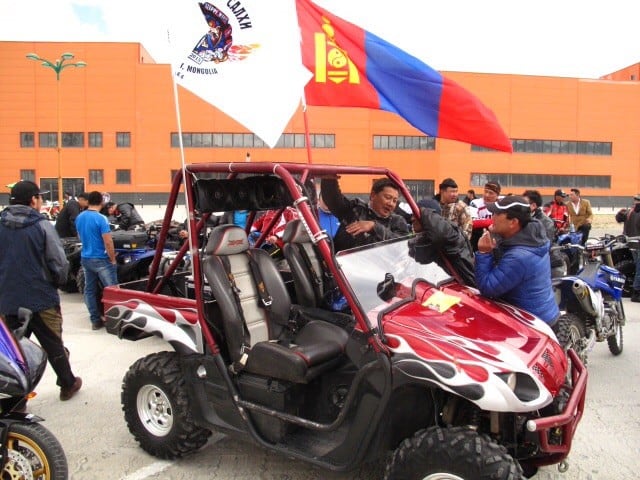 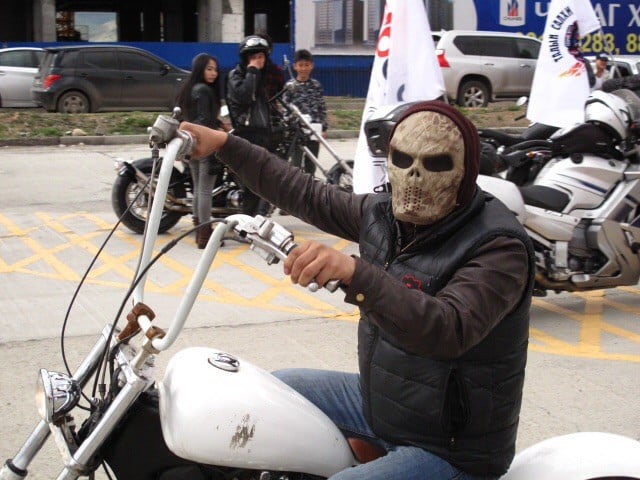 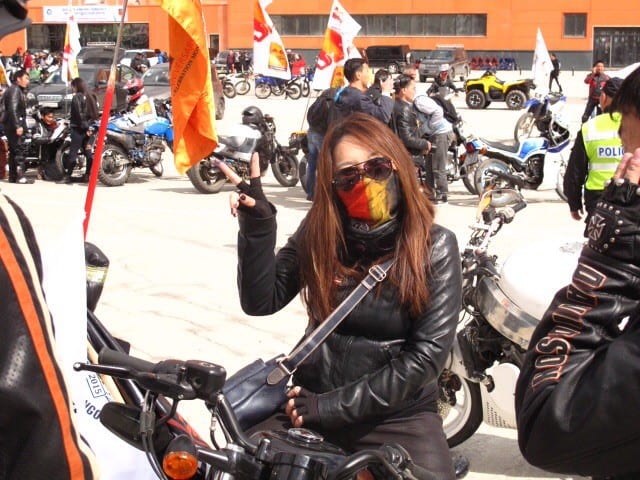 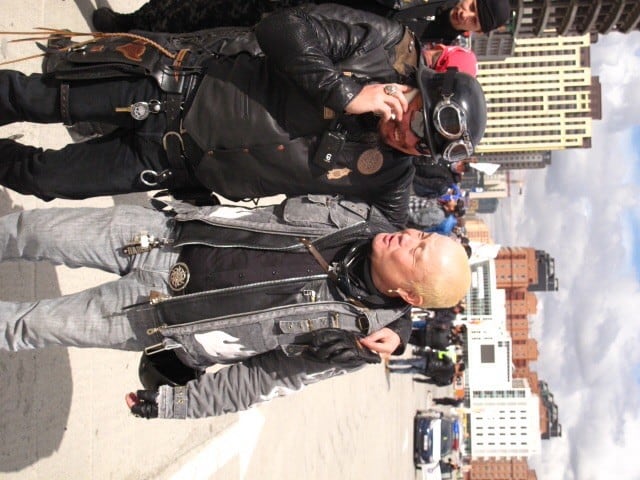 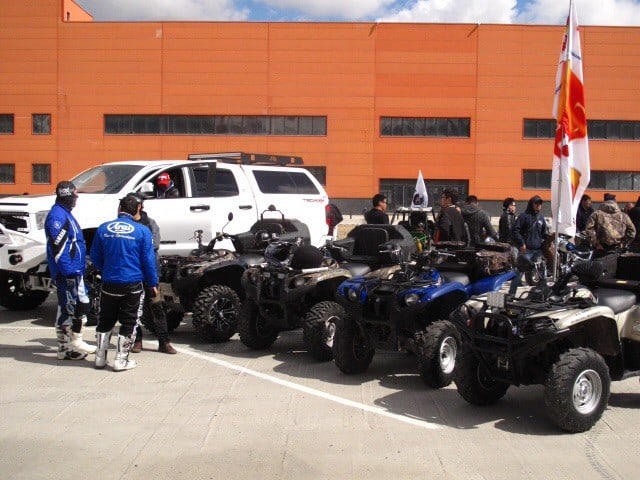 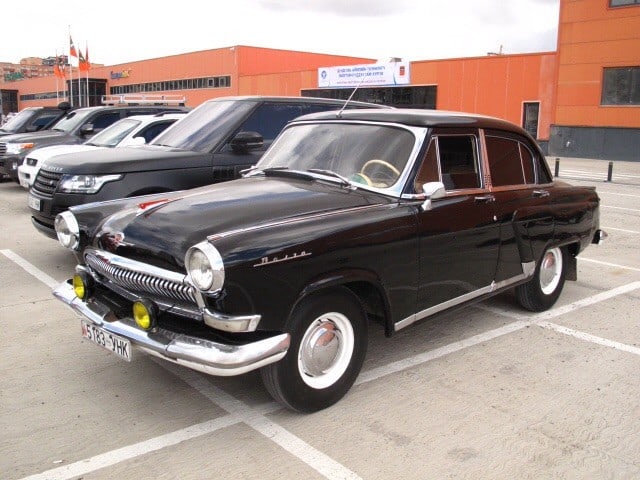 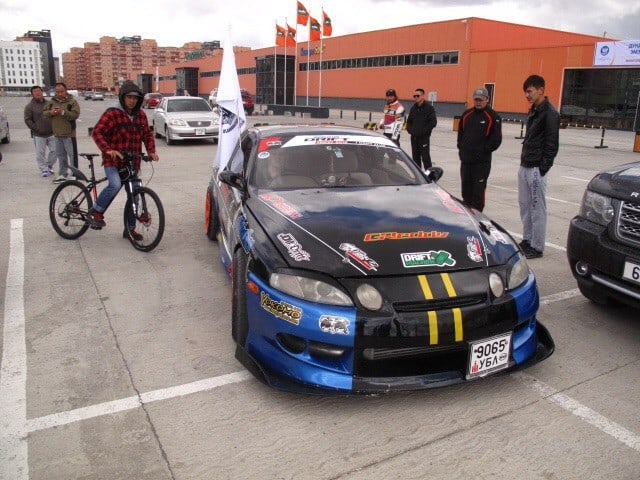 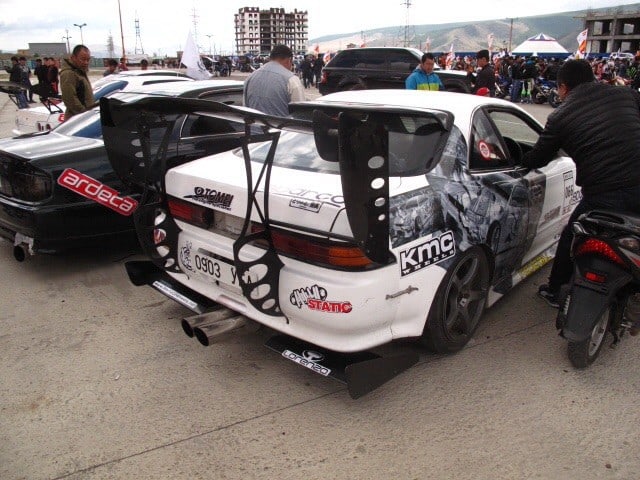 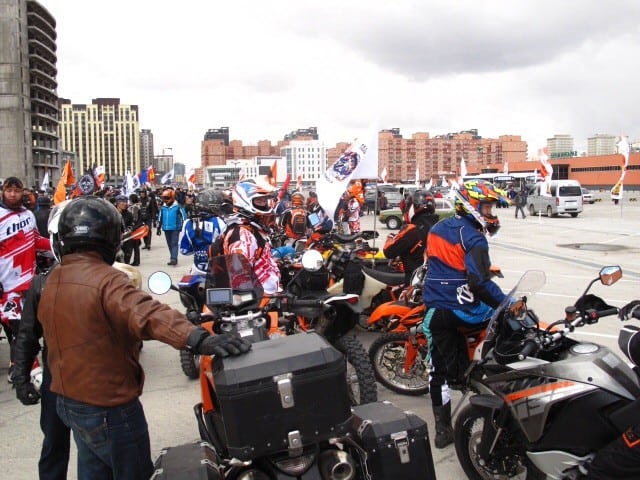 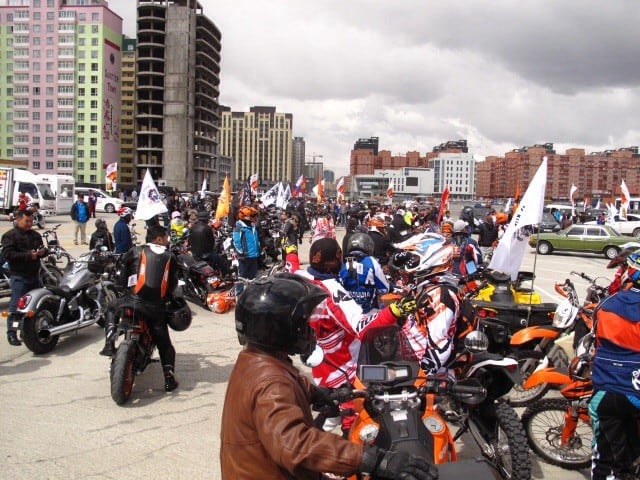 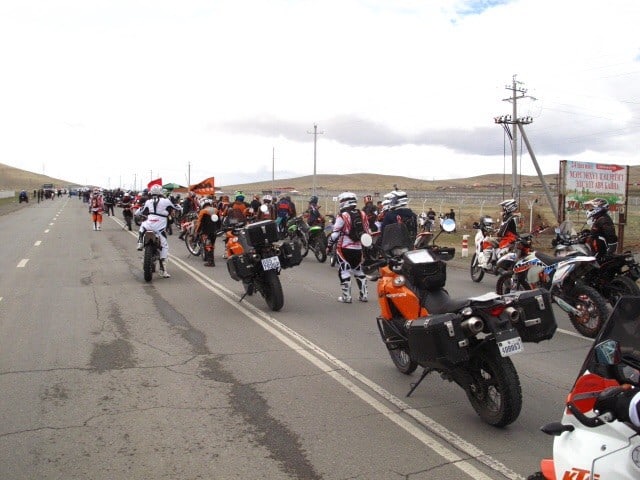 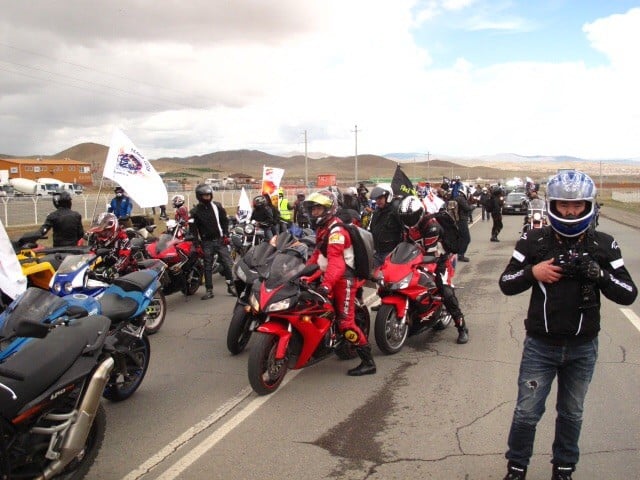 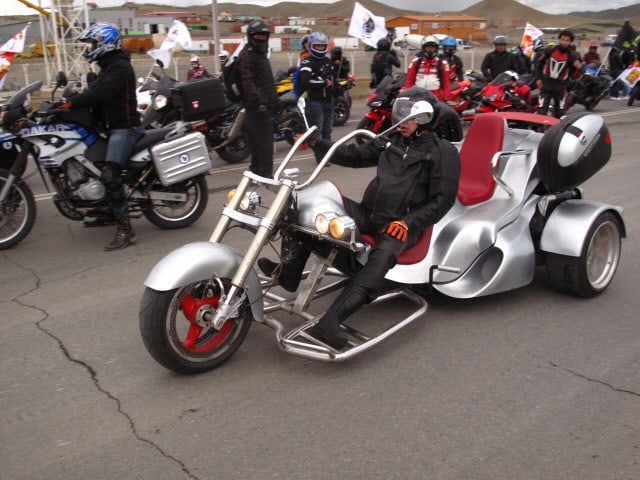 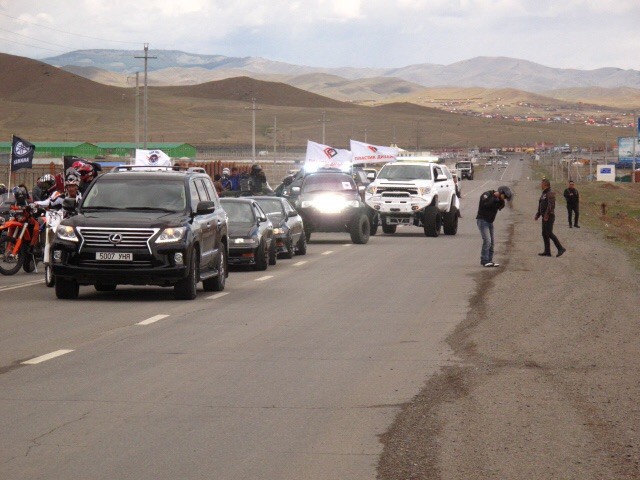 We really enjoyed this City and once again, thanks to Bold and Eddy from the Mongolian Paragliding Community for all your help, arranging a place to lock-up our vehicles, helping us with all the tourist stuff we did and being our guides.

Pie was in this city in 2010 when the race he competed in, the Peking to Paris came through Ulan Bator, (he competed in a 1929 Studebaker President, we all have our weaknesses, Pies weaknes is his love for Pre-war Studebakers which he collects and restores,) and was only in the city for two nights but saw nothing of the city, but this time he could play tourist and enjoy the rich culture of these special people.

Our bikes and Toyota will be parked in the parking space of this vehicle. 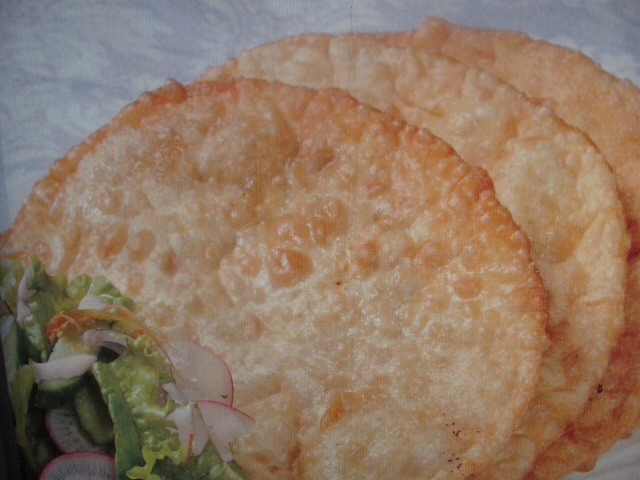 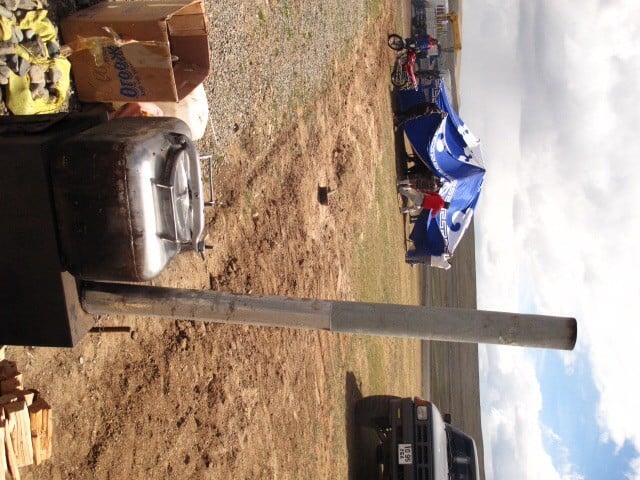 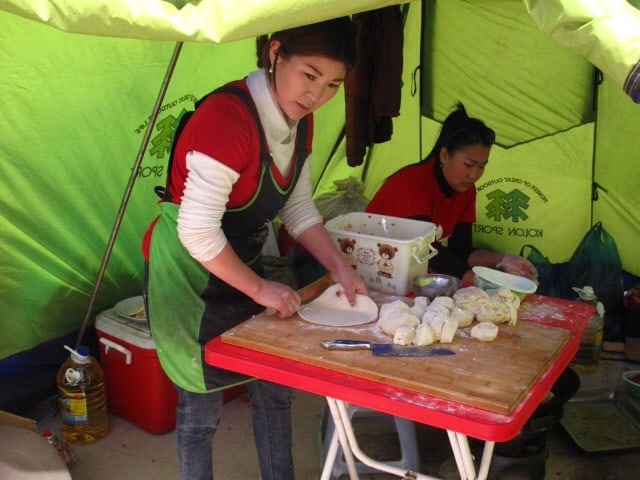 Unless something exciting happens this evening this will be my last blog for this leg. The next few hours is only “admin” remaining, getting everything locked-up, packing away the riding gear and Rocky will be balancing the Kitty tonight, nothing is missed and all IOU’s from the kitty and personal loans will tonight be called in, we have been joking that Peens owes Rocky some money and as a result he has been following Peens through Russia and mud roads to make sure he does not get away. I have given up trying to understand the finances, in Russia you had to divide any amount in Roubles by 4 to get its Rand value, but in Mongolia you get 1800-00 Tugrut’s for one Dollar, so to convert back to Rand you have to divide by 150, and as I schooling stopped with the 12-times-table which I also did not study, I just stopped trying to calculate the cost of everything, but Mongolia is even cheaper than Russia.

I will be sending an up-date from time to time on the planning for the next leg whoch will be Mongolia, China Laos, we are leaving RSA on the 12th of August for Leg 9.

The day we left Samara Sergey shouted to us through his window “May God be with us all” and I think Sergey knew we would need the extra help as Russia has not been easy, but of one thing I am sure, if we did not have Sergey we would have been far more frustrated as simple thing like ordering food or asking if a hotel has 2 twin and 2 single rooms is stressfull and the tension amongst us almost become tangible, but there was not one “blow-off” of steam or a hard word said to each other ober the past 3 weeks, and this is all thanks to Sergey who helped making a very difficult trip an absolute breeze. I now understand why there is so few bikers who tours through Russia.

We have traveled over 5 time zones and we are now 7 hours ahead of RSA, tonight at 11h00 RSA time we start traveling back via Hong Kong and Dubai before arriving in South Africa only on Monday around 10h00.