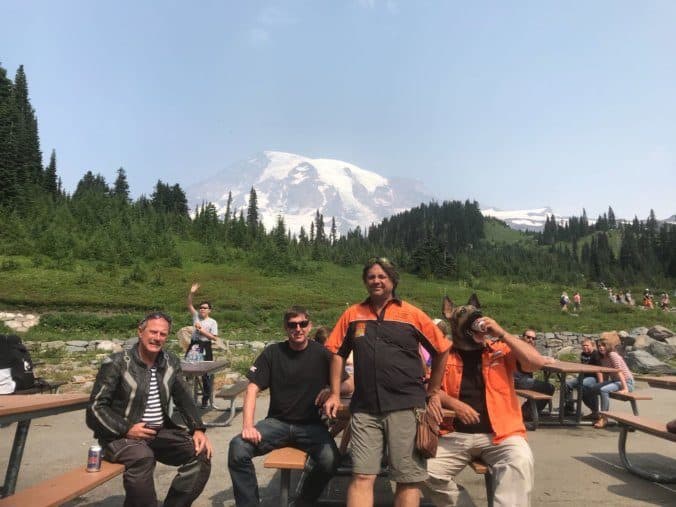 Before I tell you some news, let me post the photos of the last day’s ride when the panniers were awaiting the bikes return at the storage before rusing off to fly back. 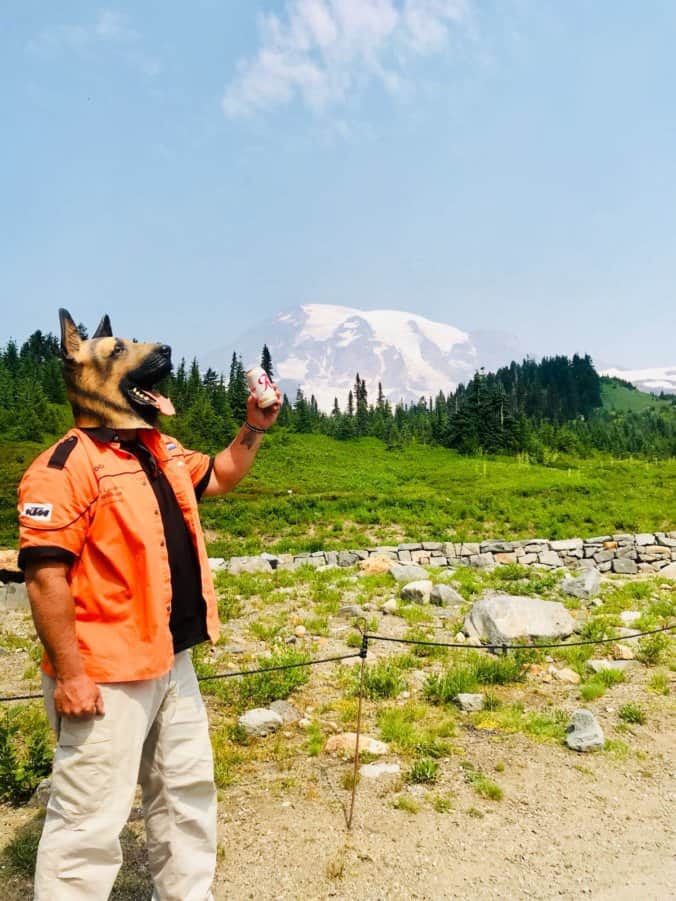 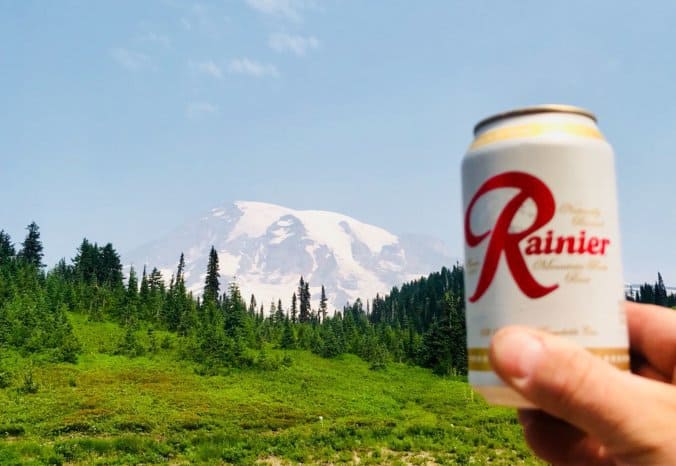 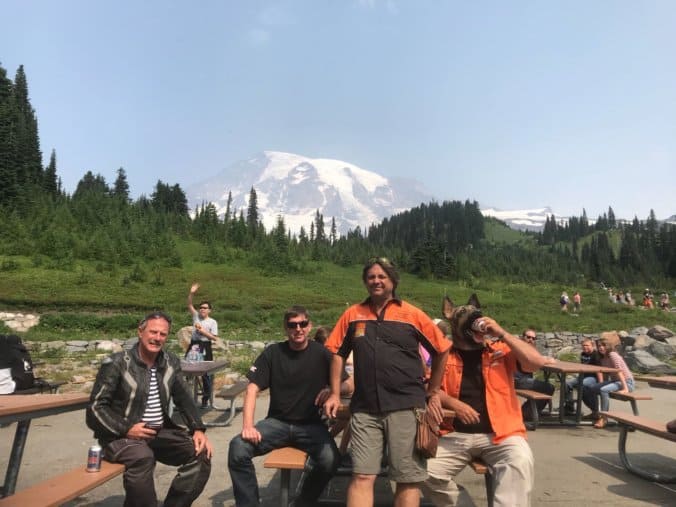 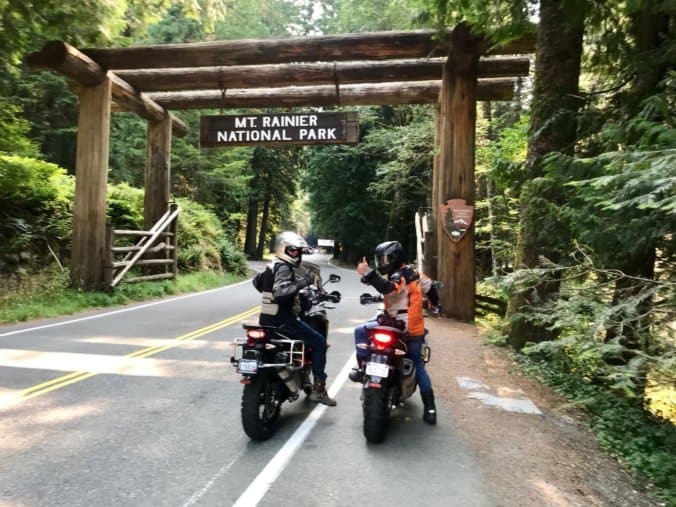 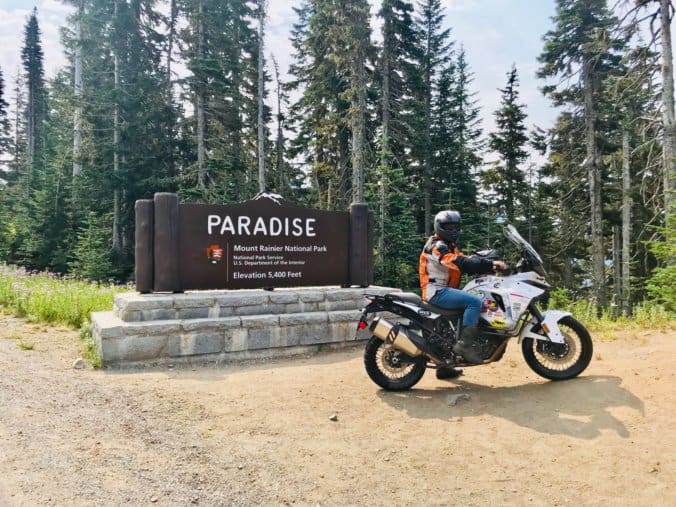 There were sightings of Big Foot, also know as Sasquatch and Peens: 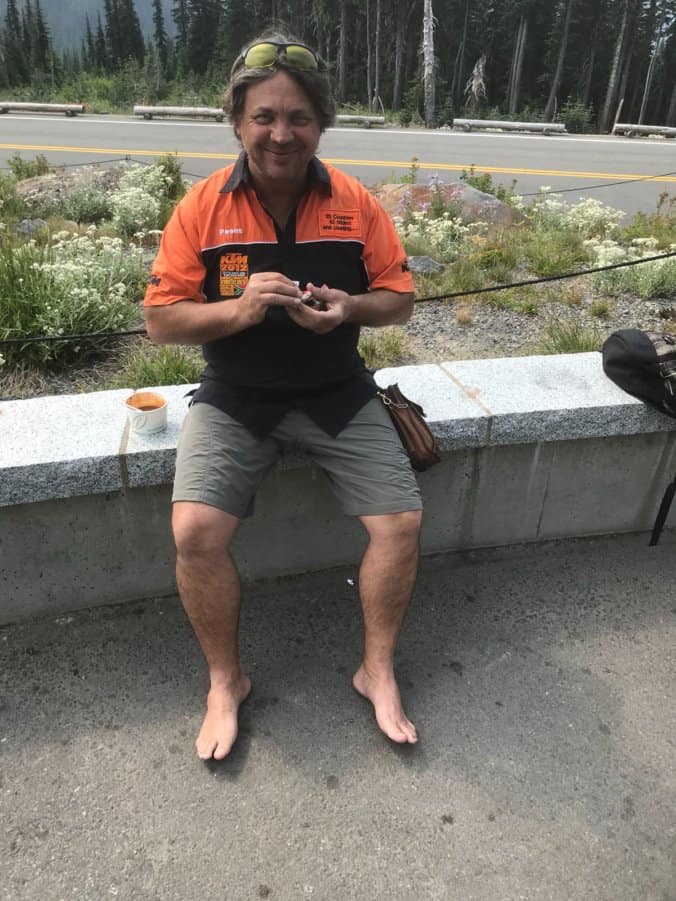 I can reveal that Peens is safely back in Johannesburg and is currently being treated for his Phobias by a team of Psychologists Doctors. (The Phobia he has is for Scissors, Barbers and Hair Clippers and is called Barberphobia.)

Before I give you some news about a special trip this Blog will cover early next year, let me first get your sympathy by telling you of the Trip From Hell, back to Johannesburg.

There is a saying “Fact is stranger than fiction,” and it is. We first realised there was something wrong when a person sitting at the bar in the Lounge we were in loudly started telling the entire lounge to come and look at his lap-top and see how the air-space above Seattle Airport was being cleared. He was on some Website that tracks planes and all planes coming to land at Seattle were being diverted and no planes were allowed to take off. Then another person Googled and told us that there was suspitios plane flying around in the air, un-authorised. Two F15 Fighter Jets were sent to escourt the plane down. So we had another glass of wine. Then we learned that the person flying the plane was a mechnic who stole the plane for a joy-ride, but he had no flight-plan in place and it was suspected he was on a suicide mission or worst, going to fly the plane into a building. So nothing was going to take off, so we ordered another glass of wine. Later Mrs. Google revealed that the plane had crashed into a lake in a suburb but the residents think its a bomb. More chaos, another glall of wine later and we were told to Board the aircraft. And then we sat for over an hour on the runway waiting for Air-Traffic-Control to allow planes back into the sky, but 1st all those planes who had to fly away had to return and land.

We had a 4 hour flight to New York, we arrived over an hour late after the pilot managed to make up some time, only to land in a storm and no aircraft were allowed to take-off, so no place for us to dock, so another hour was spent on the runway inside the plane with several babies now crying at full volume.

We eventually made our connecting flight only to be told that there was a knock-on effect of the storm and that we were number 16 to take off but that there was also 16 planes to still land, so another hour was spent touring around the different runways with new 2 new babies for entertainment.

On arrival at OR Thambo International Airport I discovered that I was the lucky winner of a trip to the Lost Luggage Counter, and another hour was spent doing the paperwork.

The return trip lasted 27 hours if you take into account us having to be at airport 2 hours before and the hour at the Lost Luggage Counter. I also dont see the traveling time getting less until we get to South America. My brain is fried from the Jet-lag and my sense of humour has left me. But time heals everything.

The exciting news is that you will be receiving a special Blog Report next year in March as our team of 7 will be competing in a race, the DJ-Rally, which is a race between Durban and Johannesburg for motorcycles built in 1936 or before 1936. Lucky for us, Pie does not just collect Pre-War Studebakers but has also built-up a large collection of Vintage Motorcycles, most built before 1936. So Tex and Dog will hopefully be joining us and the KTM Tour fo the World Team will compete in this Time Trail 600km “Race” over two days. Time Trail means you have to pass certain check points at certain times, should you arrive early or late you are penalised, every second before or after your scheduled time will cost you points.

This Blog will also cover a few adventures we take Dog on as we have a few things planned for him for the few days he comes to Africa and I have no doubt that it will make for some interesting reading, so watch this space !!!

Not only was I blessed with good looks, I also have several other talents, like photography, Under-water Photography, Koi Keeping, Scuba Diving and being a Foodie. I am no stranger to cooking and know my way around the kitchen. Last year my Niece and I started a Food Blogg on which we post photos and recipes of the food we serve at special Dinners or Lunches we host at my house for our friends and family, so if you miss me I suggest you down-load the Instagram App and then start following us, you will get up-dates automatically everytime we post photos and stories of Our Food Journey. The address of the blog on Instagram is : @ ourfoodjourney _ jozi (no spaces between.)