Correction : I got it wrong with the Postbox, well half wrong, I said the little red flag is put upright when the postman has delivered your mail, but if you have mail you want to post you dont have to go to a postbox to post it, you just put it in your postbox and then you turn-up the red flag and then the postman will collect it and post it for you.

We left early and soon were split onto three groups, Pie headed of on Tour de Studebaker (he was meeting a guy who had a 1935 Commander Roadster, one of three originals left in the world and is the same as the car Pie is currently restoring back home.) Tex and Dog stayed with the four Black &White bikes for a while but then we did not see them again as Peens started to find “Kronkel Paadtjies” (Curvy Roads) that led off Route Nr. 2 we were traveling on. The road was similar to yesterday, snaking along next to the River which we followed all the way to where it runs into the Ontario Lake. We also crossed over into Ontario Provence.

There are many little islands along the river, many of them with one  or two houses on, (so boats are big here) and other islands just used as parks and nature, with cycle routes and jogging tracks. 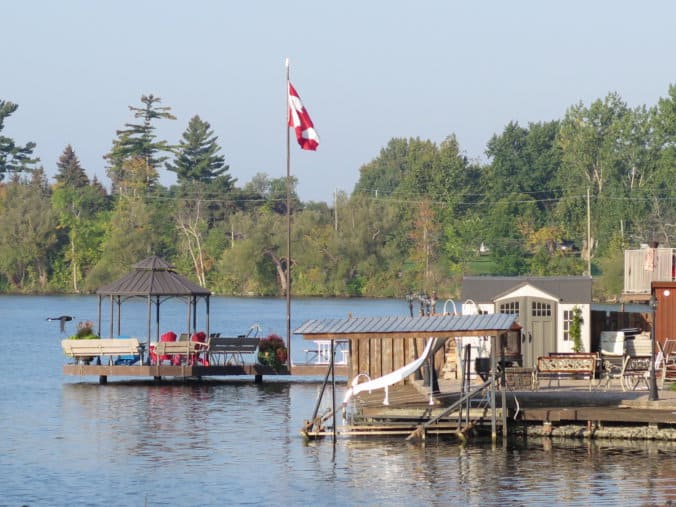 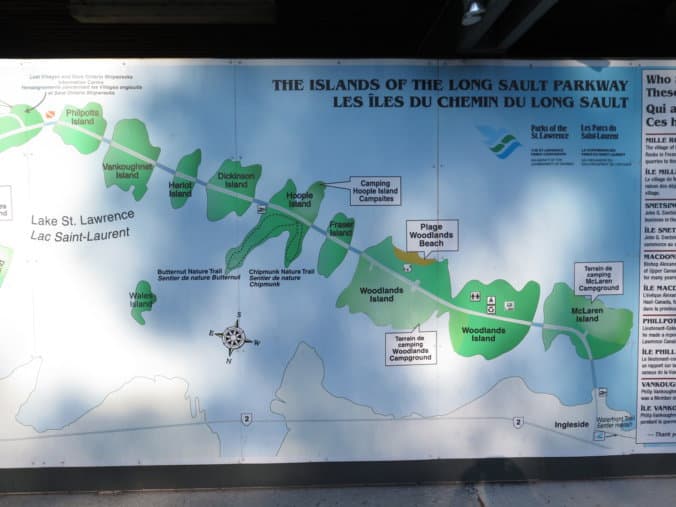 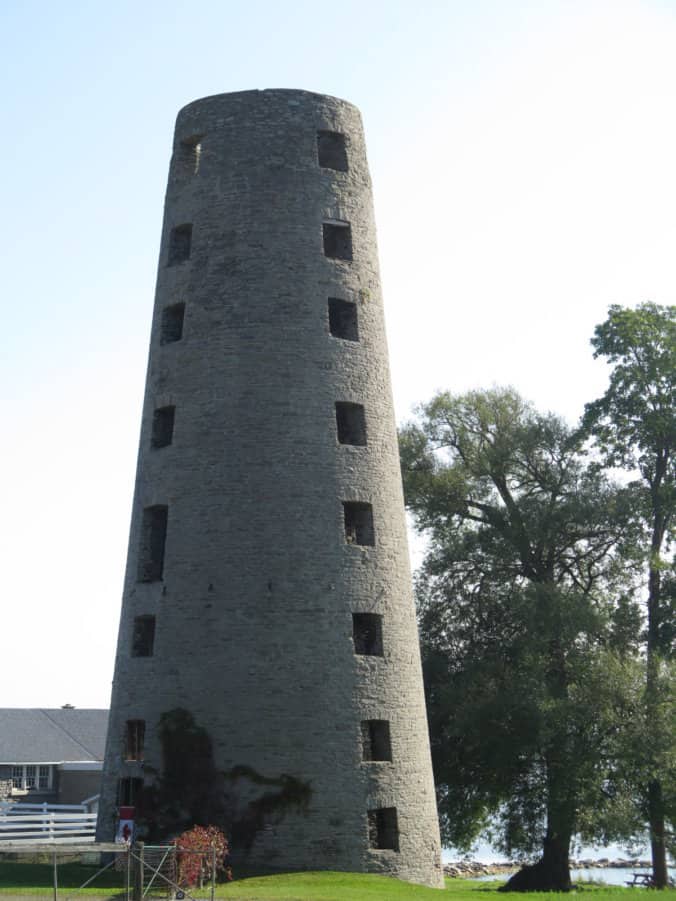 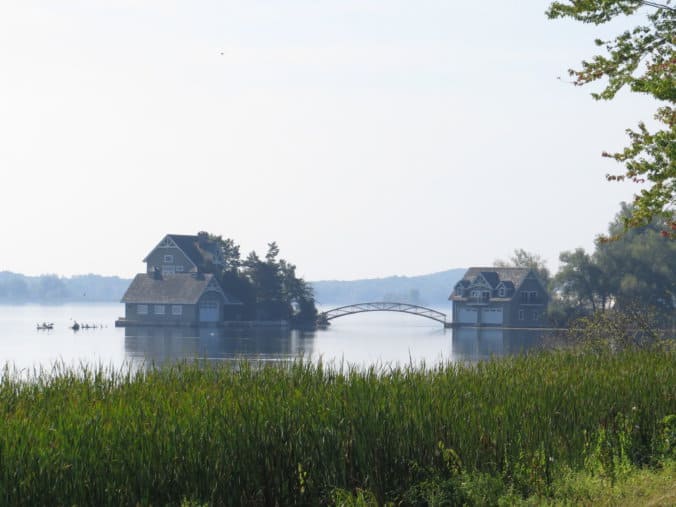 Another thing which is big here and in the USA which I forgot to mention is Scarecrows and many houses has them just sitting on the lawn in deckchairs or on the garden furniture, and like below, guarding the pumpkin, I doubt they are really scarecrows and suspect it has another reason which I will still find out. 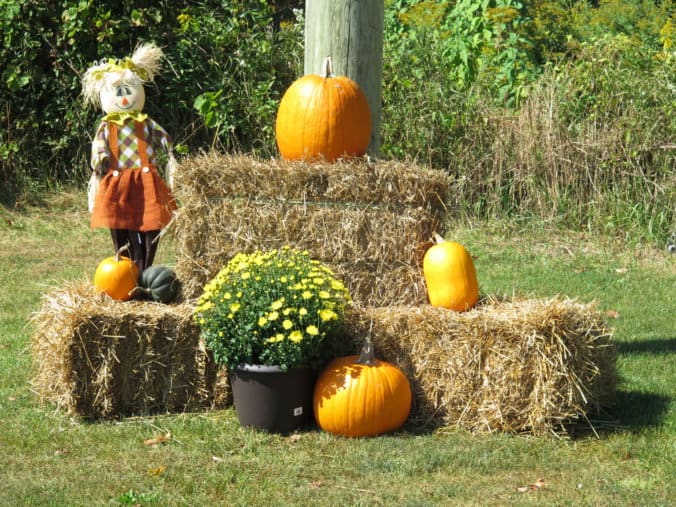 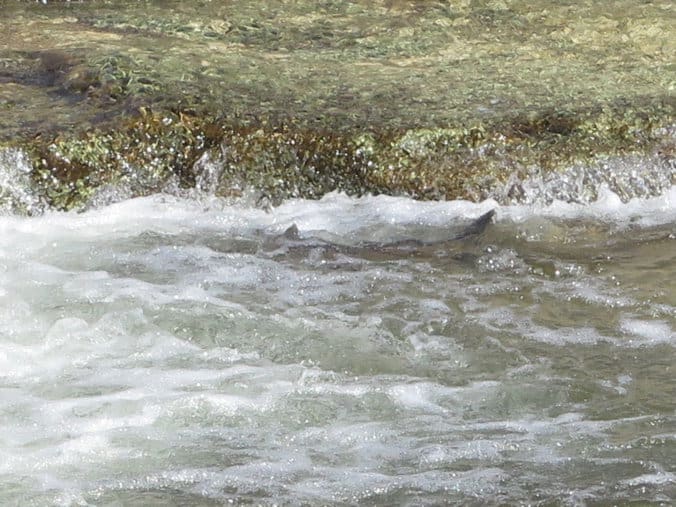 Then we stopped at a few spots where the salmon are jumping up over rapids to the dams at the top to spawn and die. They always return to the dam they were hatched and it is such a long and difficult journey up-stream that they die of exhaustion just after spawning.

It is legal to fish and catch them if you have a license and permit. 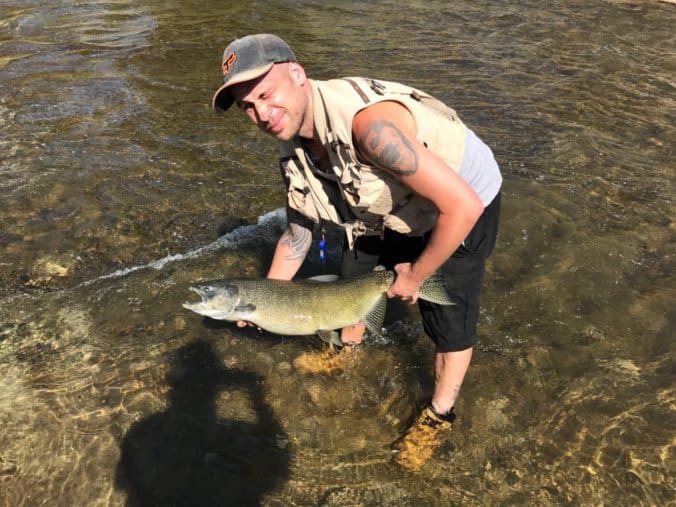 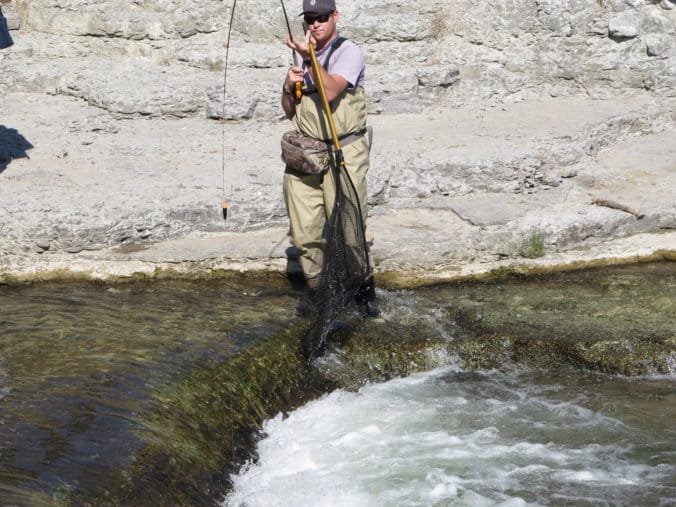 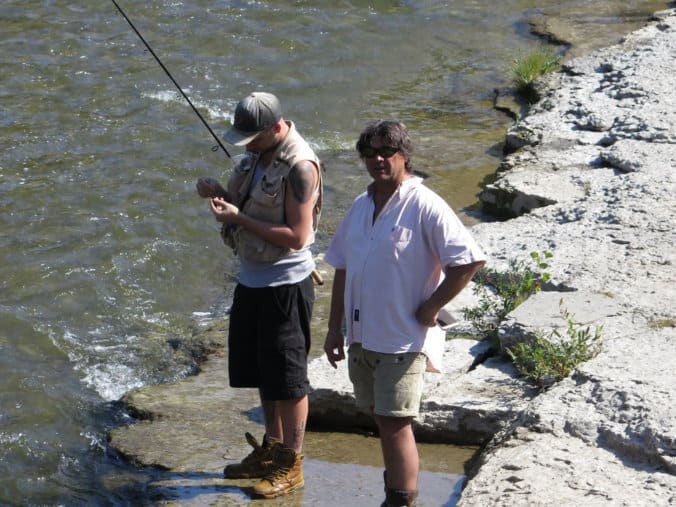 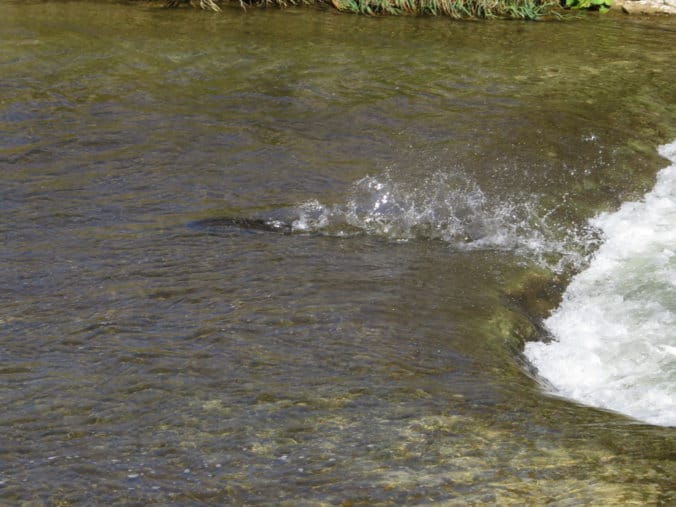 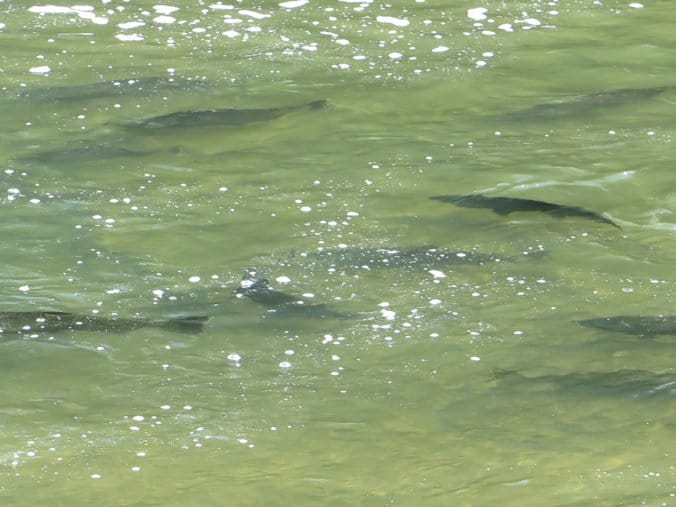 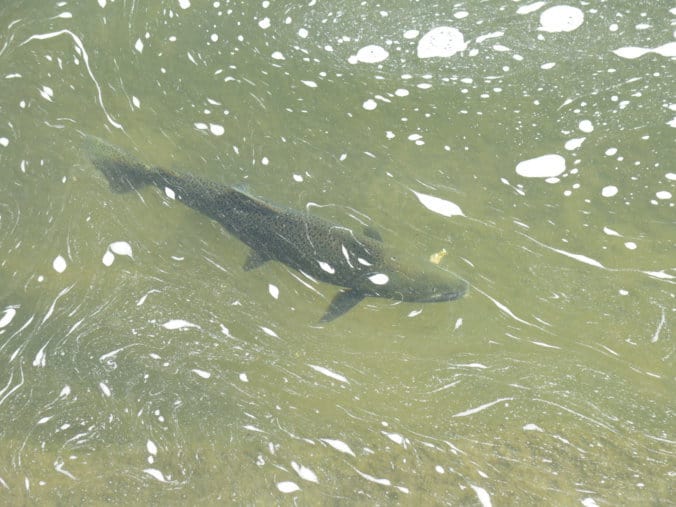 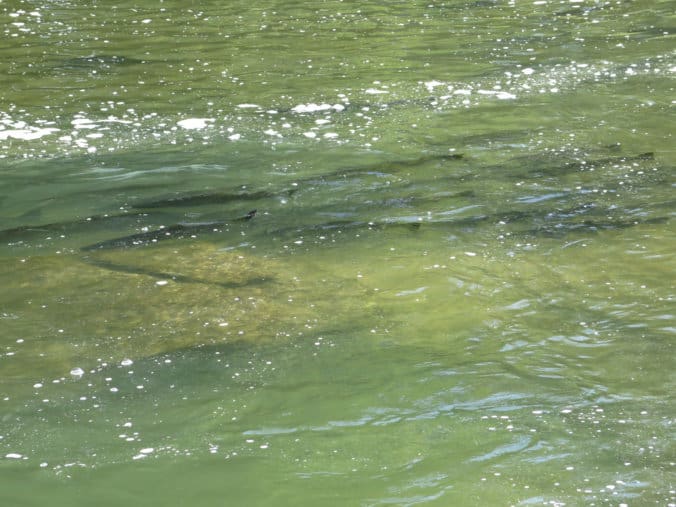 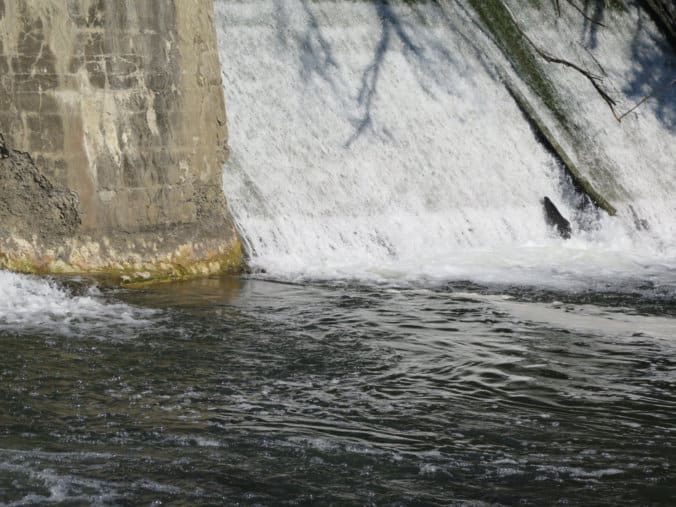 Look on the left of the photo below, there is a special Fish Route built to help the fish get up as it is just to high to jump up the man-made obstruction (like in the photo before.) So there are steps for the fish to jump up till eventually reaching the top where the dam is. 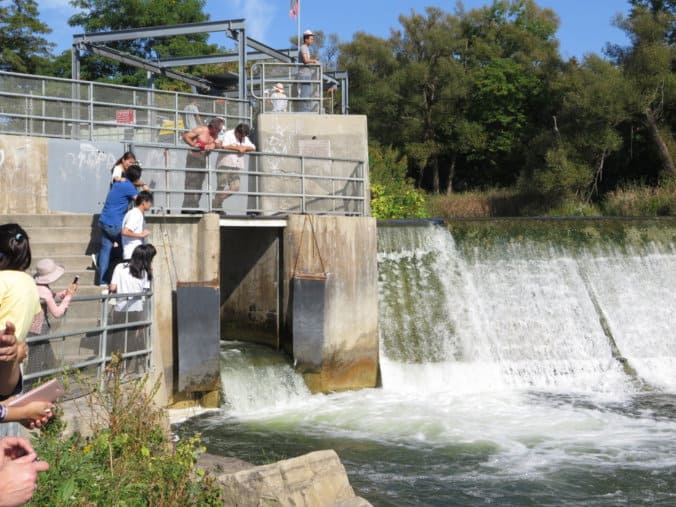 We had another long day in the saddle and now we are meeting one of Rockies friend and his wife for dinner, and then tomorrow we have a short hop of 100 Miles see the Niagara Falls and then a boarder crossing back into USA and then find a KTM Bike Shop, make arrangements with them to service the bikes, and then find storage and then catch a plane back home. So I hope we have managed to leave old Murphy behind as tomorrow would be the perfect day for him to come and spoil for us.