Irkutsk is a very nice city and still have many of the same wooden-framed houses we see in the rural villages. It also has beautiful buildings. 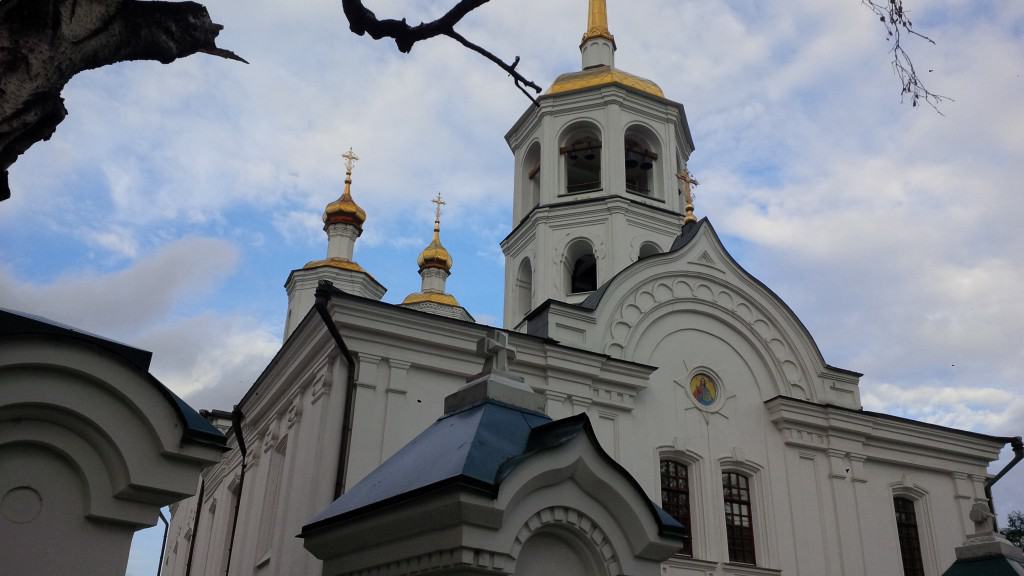 The first 90 kilometers were on a very good road which winded over a small mountain and for the 1st time since we left Samara we had some nice “twisties” and also for the 1st time did we have to climb as most of this trip our elevation was at 270 meters above sea level but it was a slow climp all to way to lake Baikal up to 400 meters, but today we climbed to over 960 meters. Then we started dropping down to the most Western part of the lake and we had a nice view of the lake, the forrest and a little village below. 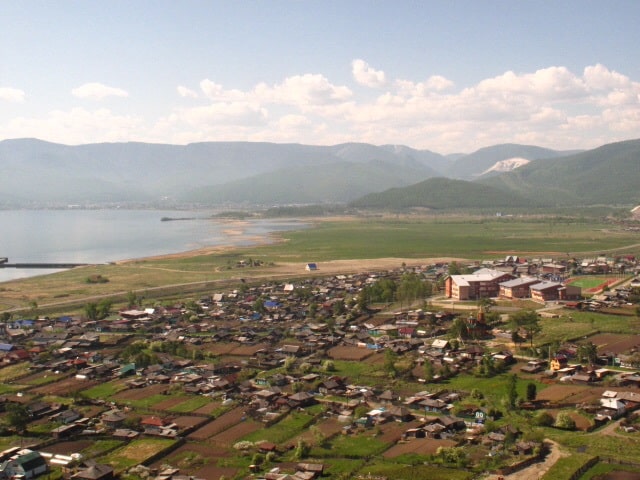 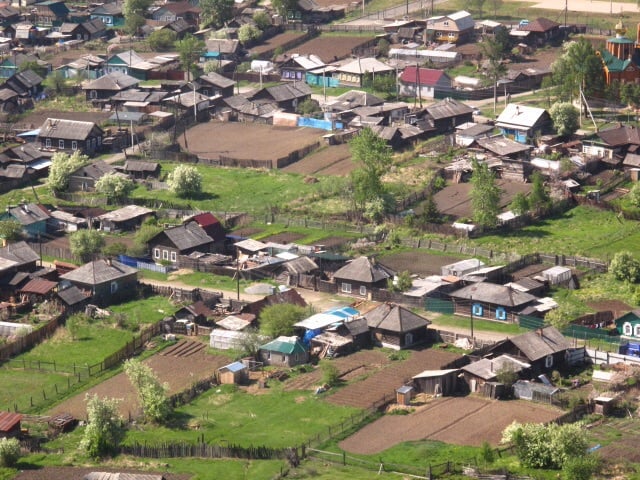 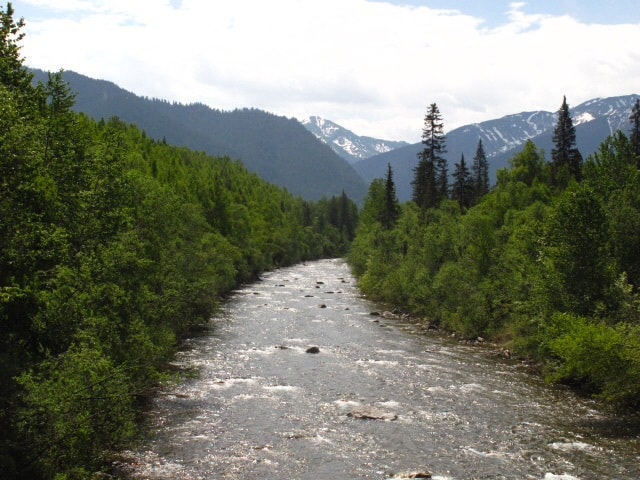 We had the lake on our left and rivers flowing down into the lake from the snow-capped mountains. At one stage I was able to film the Trans Siberian Rail train with my Helmet camera which runs between the road and the lake.

We stumbled onto a church complex which was under renovation, it dated back to the 17th century, the old church burnt down and a new one was built in its place. The church is in a compound and there were kids playing and the vegetable garden was being prepared for Summer, yesterday was the first day of summer. 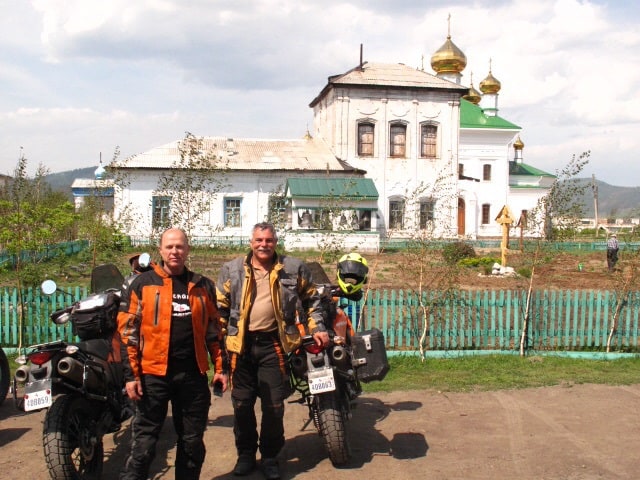 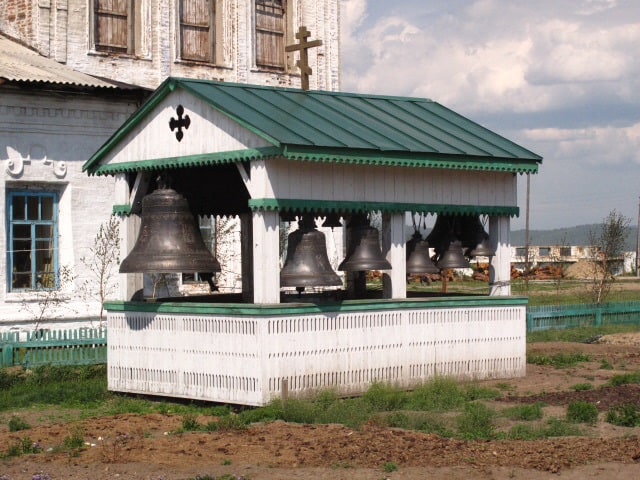 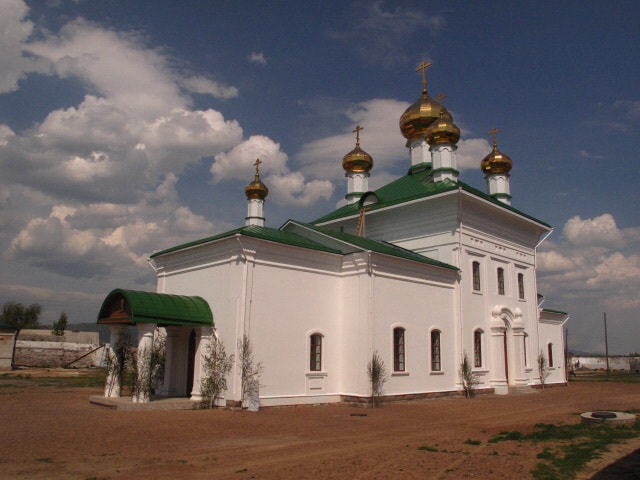 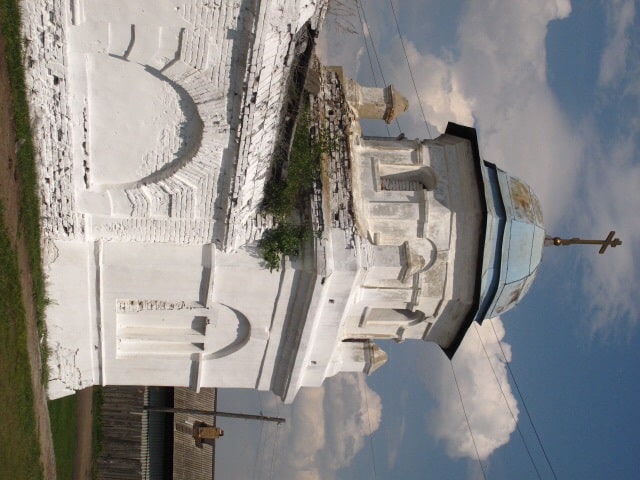 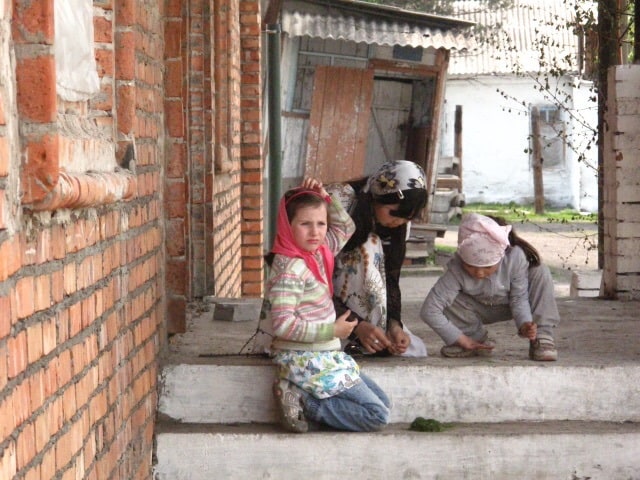 It was not just at the church where people were busy planting, we past several fields where the whole family were working together, the mother and daugters would sew the seeds and the more labourious work would be done by the father and sons, I wanted to stop and take a photo but thought it would be wrong. But I did wave at these three and they waved back so I stopped for a photo 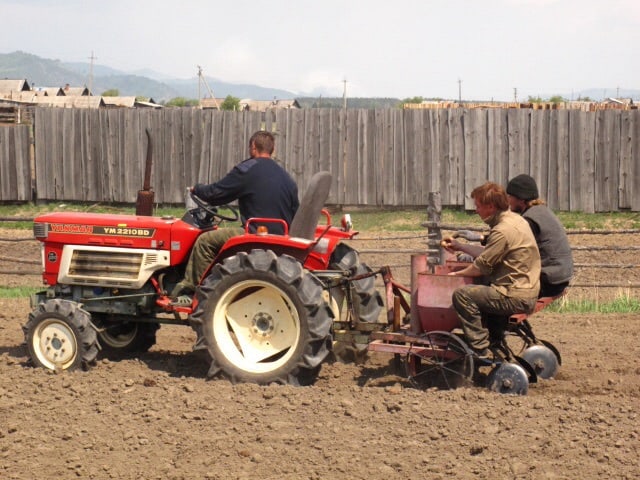 Farmers farm using hand tools and horses, the trusted Urel bikes are also still working and are like the farmers pick-up-truck. 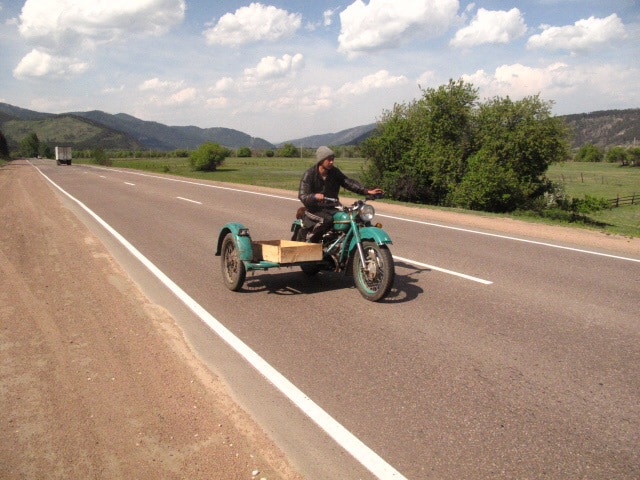 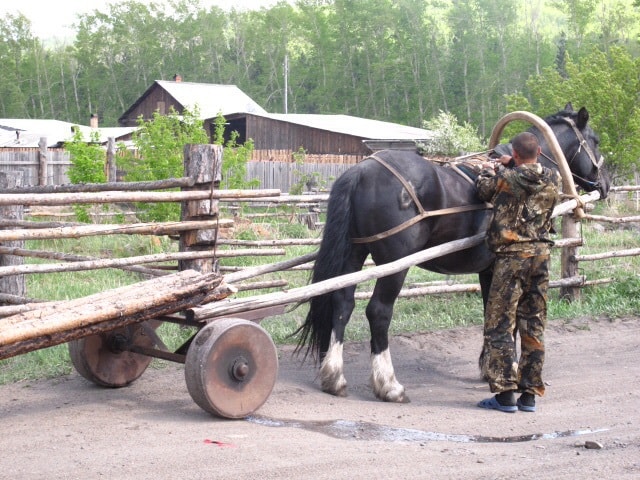 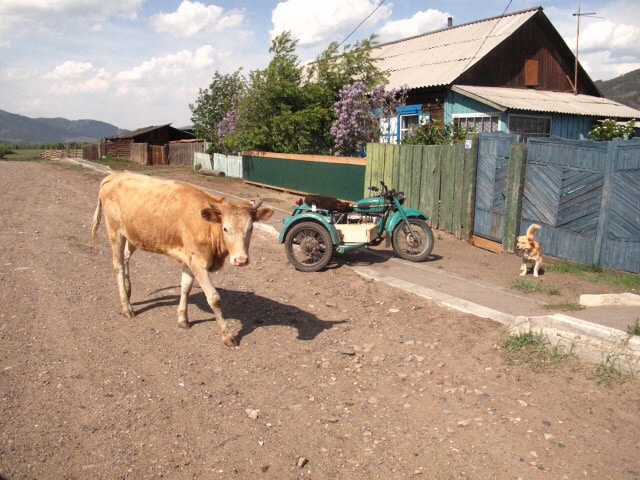 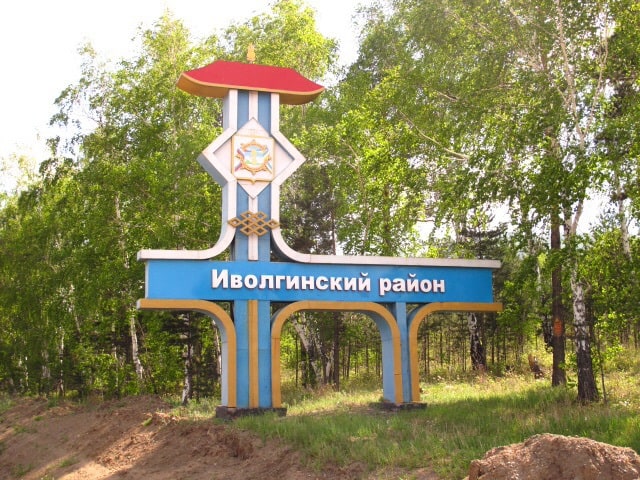 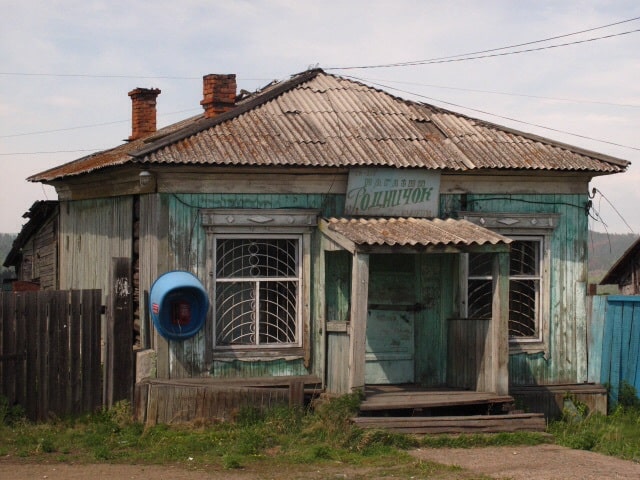 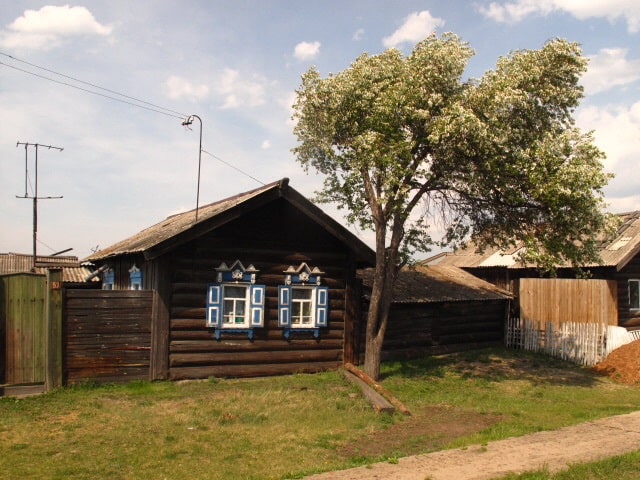 We are now very close to Mongolia, (we cross over into Mongolia tomorrow and I hear it is very rural, the fuel is very poor quality and there are very poor roads and infrastructure,)
the people in this town all look Chinese to me, there is a huge statue of Lenin on the square. 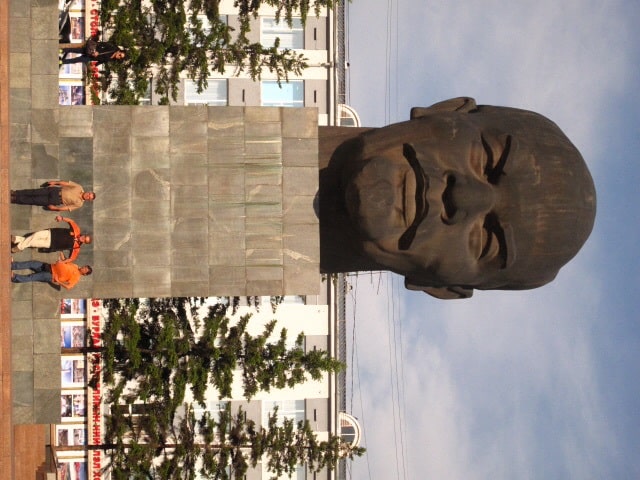 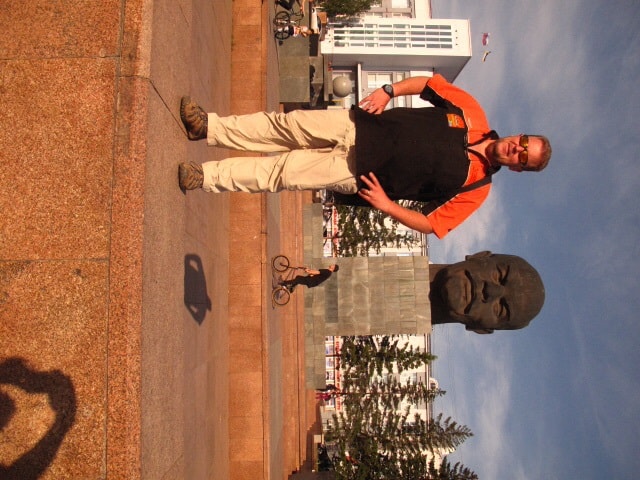