What a day this has been!!!! The flight from Johannesburg to Atlanta was just over 15 hours long and we arrived in Atlanta before 6h00 and we first had to get past the Passport Control and this took over an hour with me struggeling with the machine into which you first have to up-load your finger prints and photo and answer several questions and click and select and fight your way through the different Menus and progress to the end when a slip is printed whichmis then presented to a rather unfriendly guy who then askes further questions.

One past him  we had to pass through the Security where things went wrong for me, I want to blame the little tablet I drank on the flight to make me sleep but could also blame the chaos at this security check point as I was standing there holding up my pants while watching my possessions pass through the X Ray machine ij several trays when I was shouted into  a type of glass cubical where I was X Rayed and when I stumbled out on the other side with my pants around my knees I rushed to the tray with my belt and shoes, but before I could get dressed another man had discovered my Duty Free Purchas of Jamesons Whisky and he just gave me one look and decided I was a Drug Smuggler who arived on the flight from Brasil which landed the same time as ours, so off I was marched to another Machine and my bottle was tested and analysed for 5000 different things he told me. But when I returned to the security  check I found the rest ofmthe group still there and in all this chaos I left my LapTop at this security checkpoint, walked away, caught our next flight tomNashville, took a Taxi to Sloans Motorcycles to get the bikes.

While some were paying for their bikes service Pie and ai was taken to the storage by  customer we met at Sloans, Martey who helped us collect our Panniers and helmets from the storage as the bikes remained at Sloans after they collected them and serviced them.

Sloans is a big bike-shop and sell every type of bike imaginable,  from cruisers to Quads and even 3 Wheel Cars and ATV’s, here are a few photos of the day: 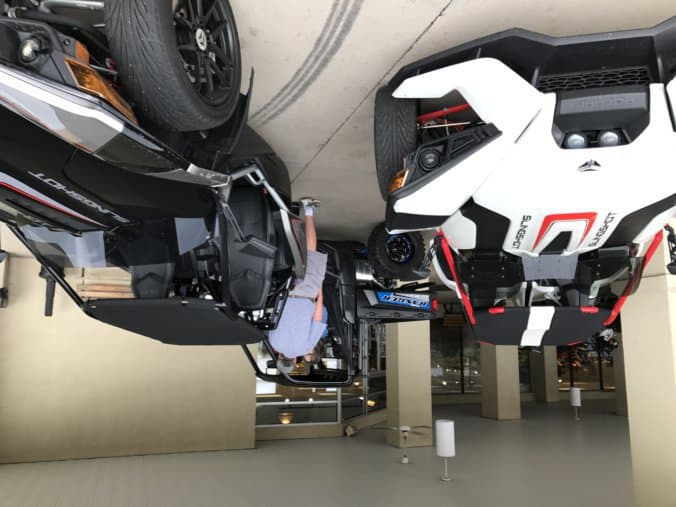 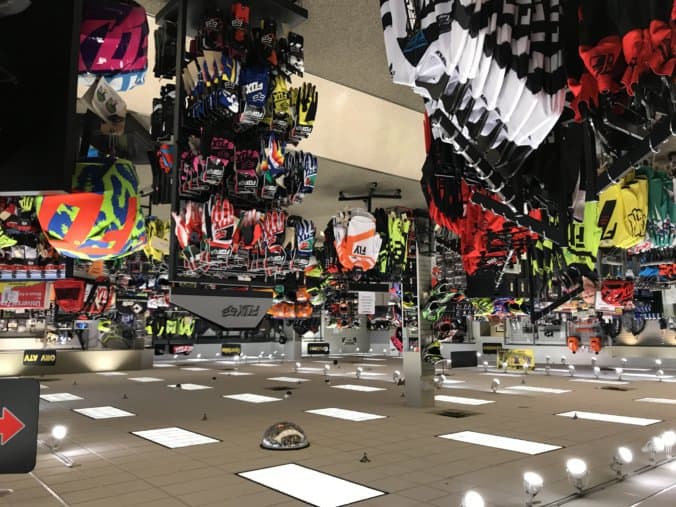 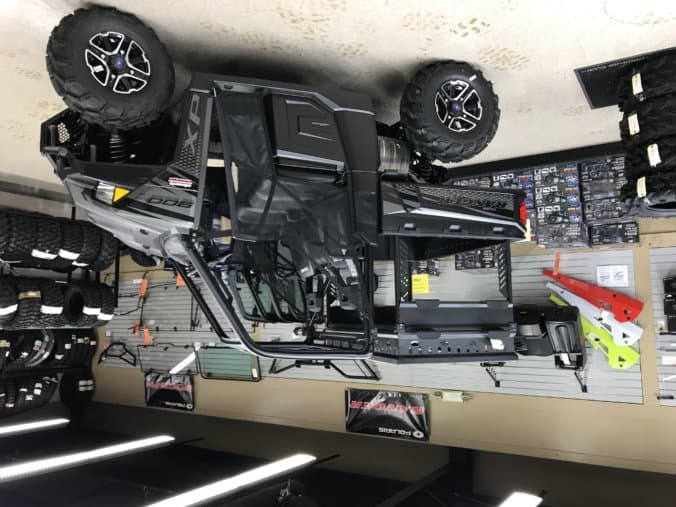 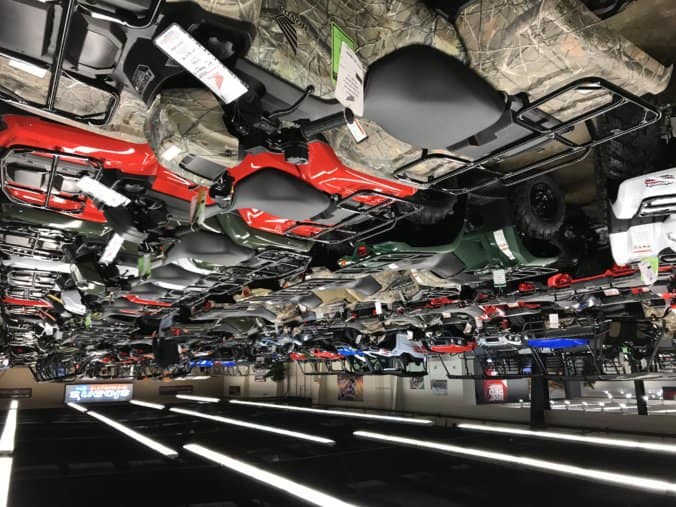 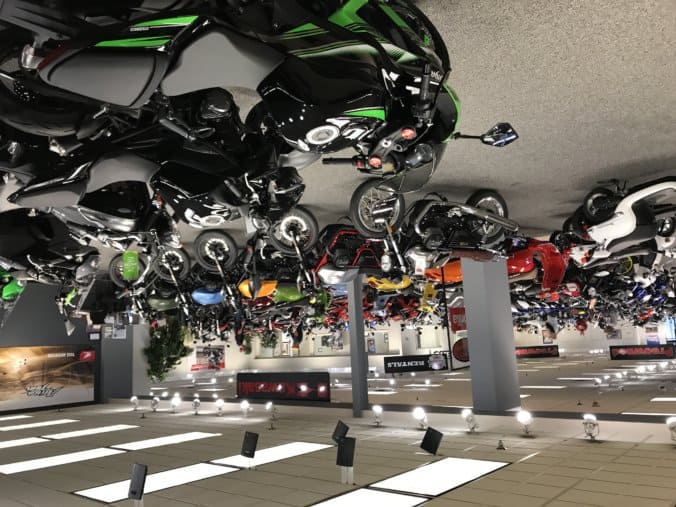 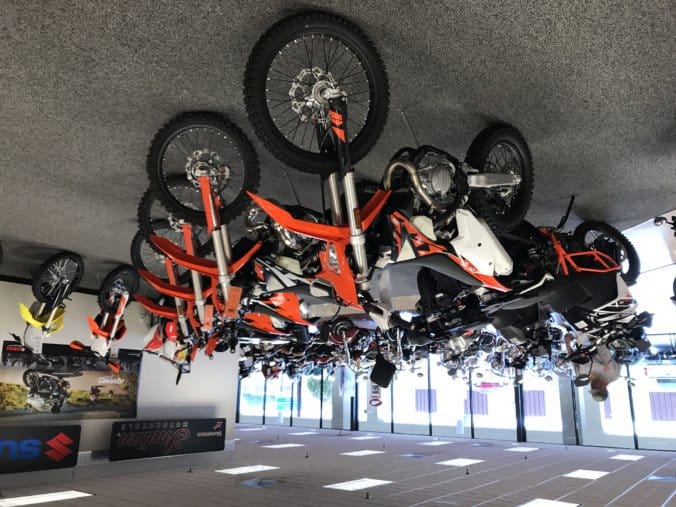 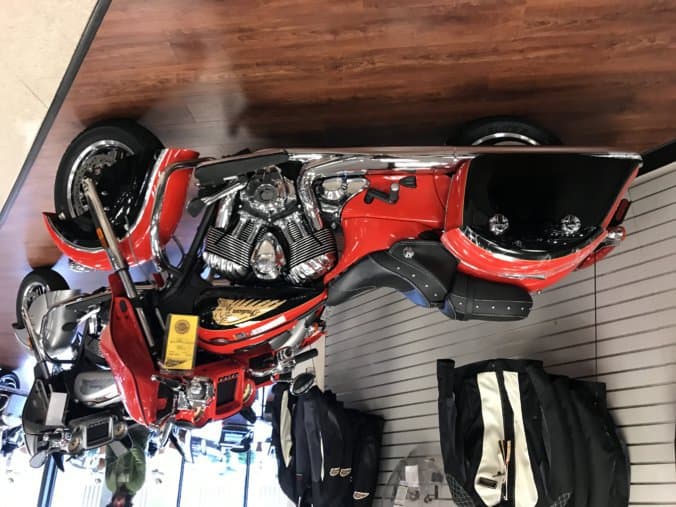 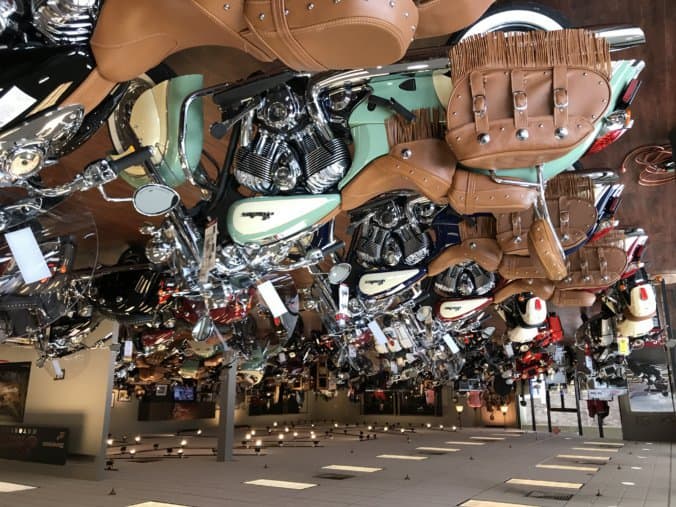 They carry a lot of stock of each bike as well, and in the Work Shop they have 15 Lifts for working on the bikes, and even Generators.

This man came in with his bike and trailer for a new back tyre. 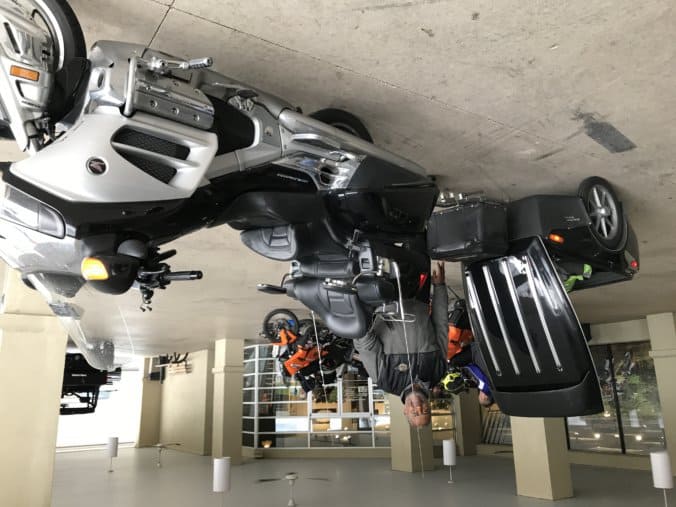 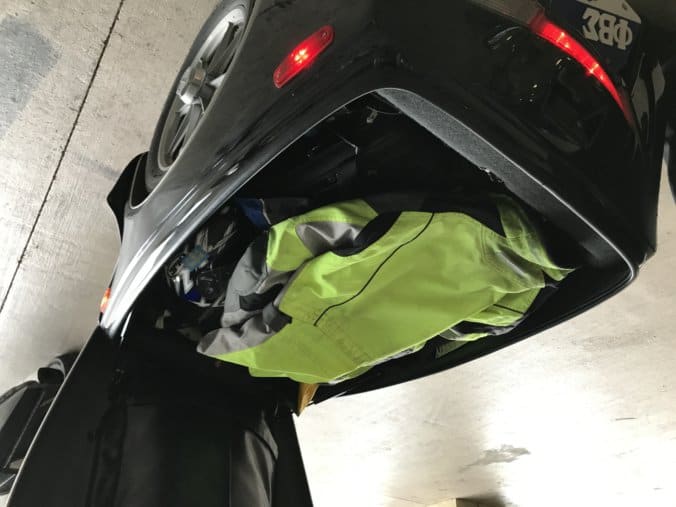 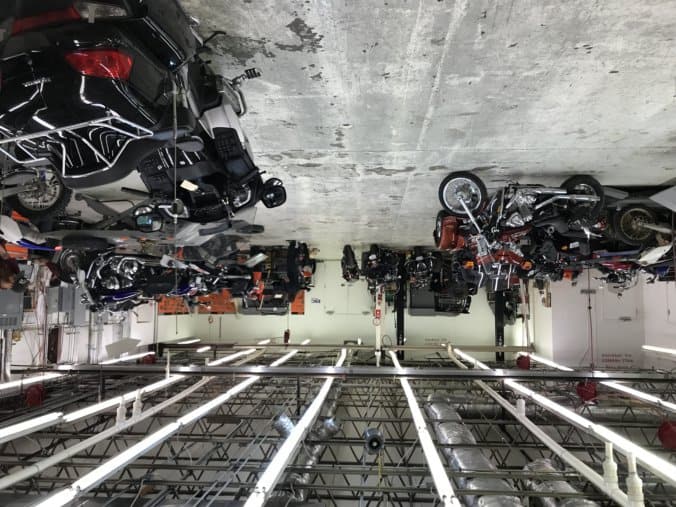 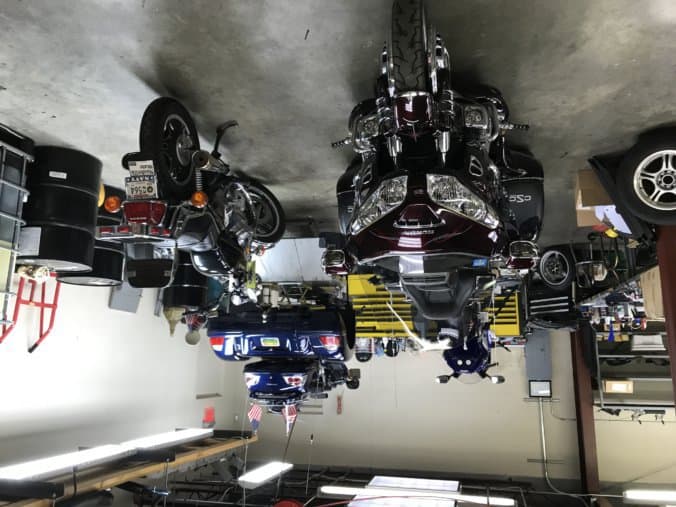 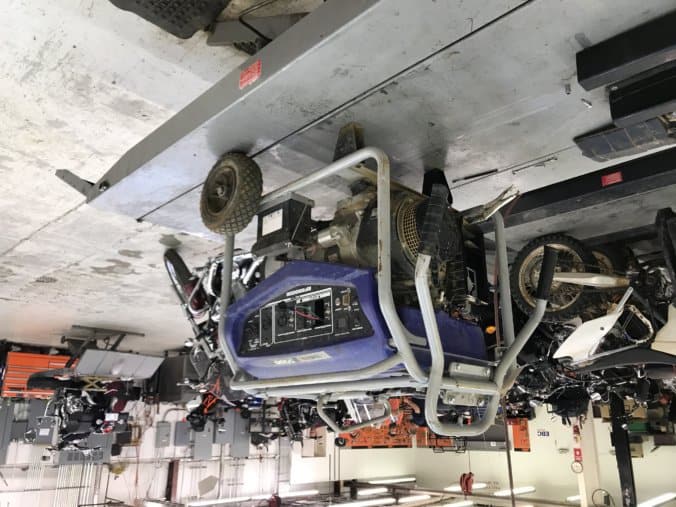 Here we are with Kate from Sloans 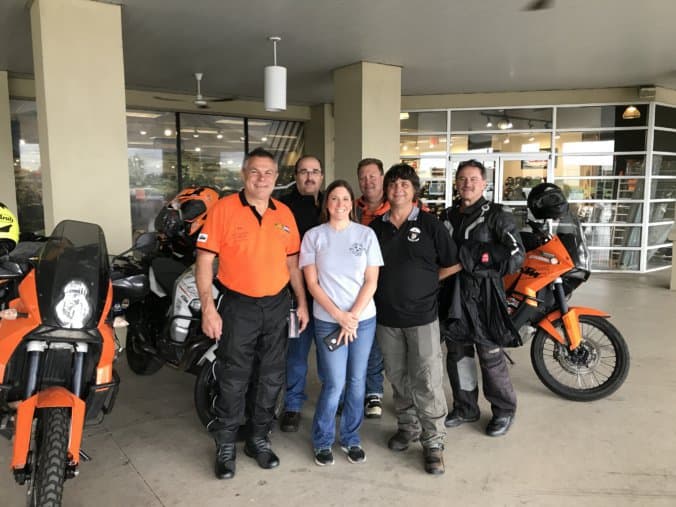 After packing everything into the Panniers and re-aranging our lives we set off to Nashville, in the rain, but the rain did not bother us, it was just so nice to be on the bikes again. Poor Hennie struggled a bit as he had to struggle to fit the panniers on Milsys bike, work out how the controls on the bike work and re-arrange and pack Milsys riding gear and get himself sorted.

But then I discovered my GPS was not charging and when we stopped Pie discovered that the wire to the GPS was not re-connected by Sloans after charging my battery. Rocky also discovered that his fuelguage which was supposed to be fixed under guarantee was also not fixed and was still showing he had a full tank when in fact it was empty. But at least we know that Milsys new Heated Grips are working as Hennie tested it. But tomorrow we start heading North and the fuelguage will have to be fixed in future when we pass another KTM dealer.

We checked into a hotel and tonight we are going to have a Country & Western Music  evening. I saw on a Billboard riding into town that the Shenai Twain exhibition is now open for viewing in the Country Music Hall of Fame, maybe we will pass there tonight before going to listen to Country and Western here in the birth place and home of Country Music.

I am writing this blog on my phone, so I am not very happy as I sit here as it is not an easy thing to do on a phone, but I am confident that the Lap-Top will be re-united with me as there is a website for Lost & Found at Atlanta Airport, I can have it sent to Tex and Dog in Houghston who will join us later on the trip, and my cousins son also works in Atlanta, so as soon as I publish this Blog I am going to start working on a solution to the problem while the rest of the group have an afternoon nap.

I will just have to write less and take all the photos for the blog on my phone, but promise to dutyfully do a Blog Posting everyday even though if frustrates me to type on my phone.