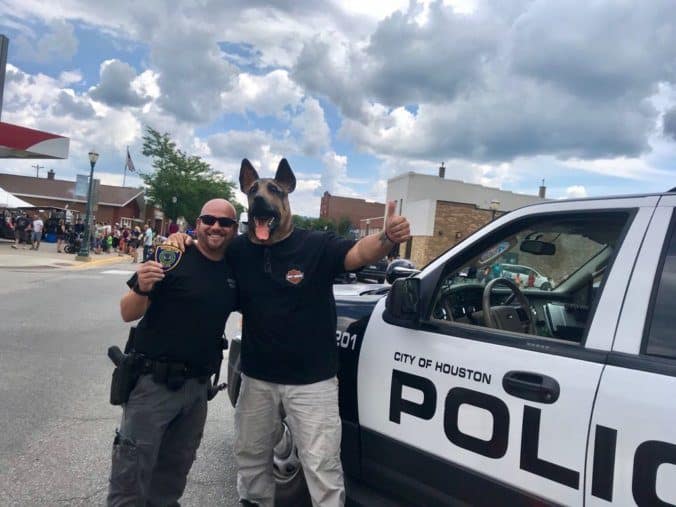 They kept the best for last yesterday at the air-show as we were mezmerised for over an hour yesterday as for the 1st time ever in history the Air Force showed what their F22 Stealth Fighter Jet can do in the air, it is built to be “Dynamically Un-stable” which means it should not be able to fly and it is only because a computer is doing millions of calculations per second correcting the controls of the plan that allows it to fly, and I cant explain how fast that jet moves as I also did not know how fast something moves when it is going at over twice the speed of sound, (its real speed is still a secret.) And it turns on a Dime and is really something to watch, the skill of the pilot is just beyond words. The fact that this Jet was shown-off yesterday means that the Air Force has already got its replacement which is faster better etc and obviously it it top secret, but those sitting around us told me that they would not have flown it yesterday if there was not something more powerful and better which is now the new top secret.

We also witnessed three jets being re-fueled as they flew past us. Then it was time for the big stuff, the C5 transported plane flew past a few times and then the Stealth Bomber flew past af few times. For all those reading this that is unfimiliar with the term “stealth” it is called that as it was designed to be un-detectable by radar, therefore it has a strange Bat-like shape and it is also covered with a Radar-absorbing material, so the radar wave gets absorbed and is not bounced back to the person trying to detect it, or, the radar is re-directed and not returned to where it was sent from.

After the air-show and before the night air-show we had a braai at our camp and started teaching Dog Afrikaans, with phrases like “Gelukige Verjaarsdag” (Happy Birthday” and “Gaan vlieg in die Mielies” (Nice to meet you Sir” and we had a lot of fun. Peens was captured by a very pretty sales lady during the day woe sold him some massage Flip-Flops and a nice hat in case it rained. 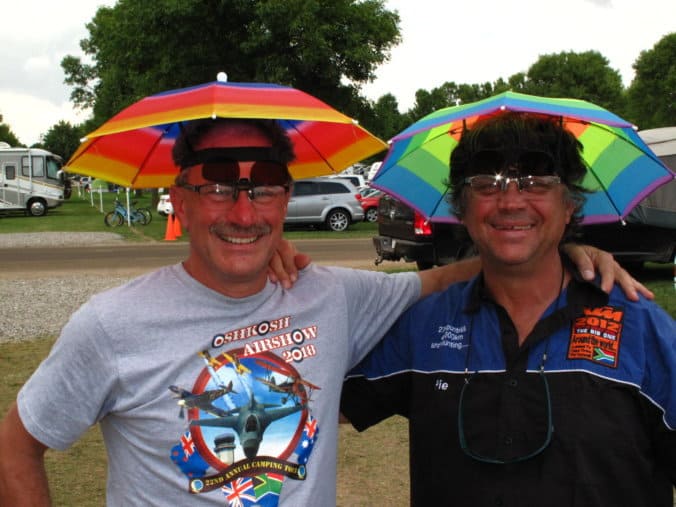 Notice the Flip-up Sunglasses (that sales lady was gifted.) 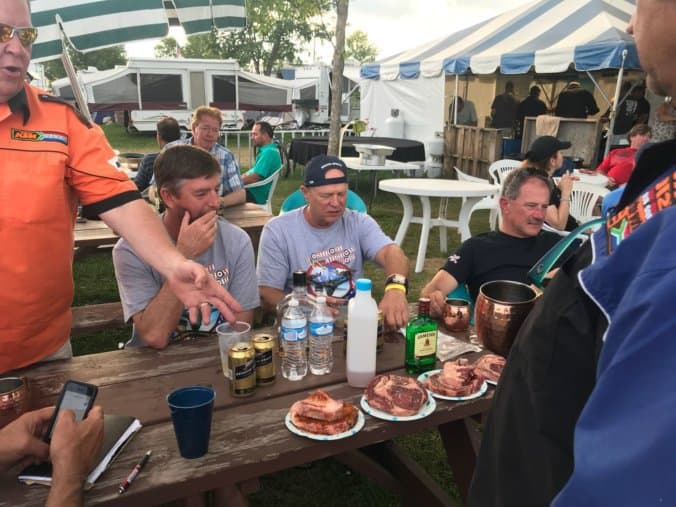 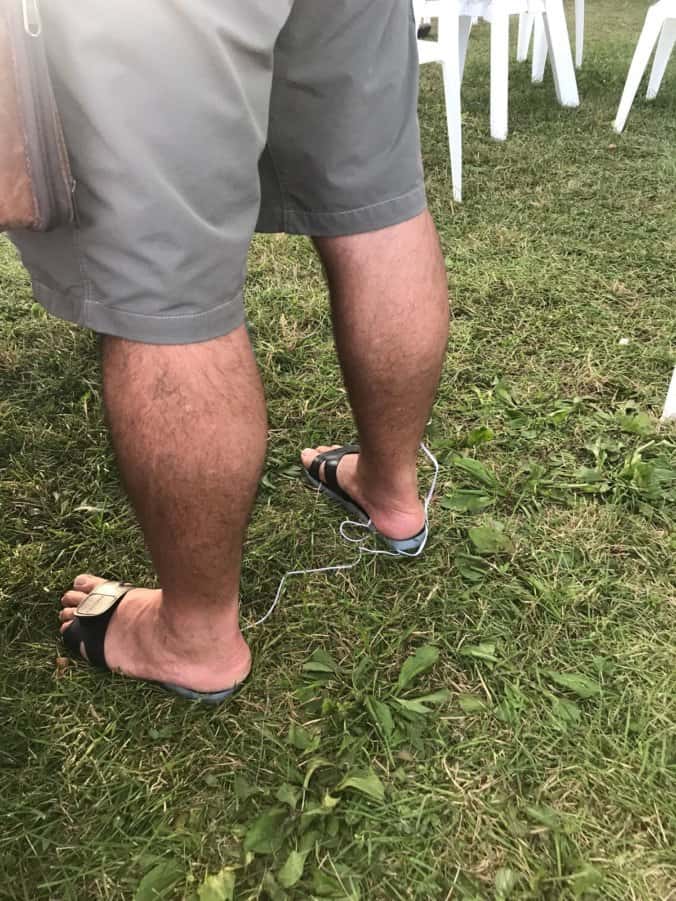 We discussed our day and Pie told us how many Lectures he attended and how many things he had learnt, (I have my doubts.) 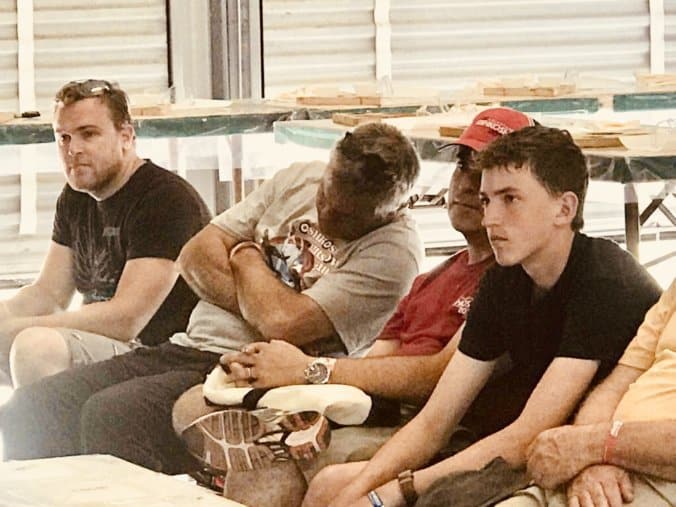 We had a 600km day, so we packed up our sleeping bags, stretchers and tents and half the group was ready at 7h30 and left, but myself and the 1,5 pilots were a little slow this morning and wanted to leave at 8h0 as planned, but I had left my Dad-Ass’s lights on so we first had to borrow some jumper-cable and got away late. Tex was in-charge of todays route and we were instructed to not use GPS but only follow route markers (which means you must consentrate the whole way.) Here is the route just so you can get an idea : South 26 via the 23, becomes the 82, at T letf on to the 80, (and that is where I was caught napping as I never found the 33 to La Crosse, so I had to switch Suzzy on and she also had a late night and steered me towards the Hi-Way, which is the most hated word and avoided at all costs, so I hit the Magic button where Suxxy takes us on the road with the most turns and I selected “avoid Hi-ways” so soon we were no longer on Tex’s route but on a road called “Hawk Street” and this took us on to even smaller roads, but the scenery remained the same MIELIE LANDE !! (Corn flields the whole day, going past hundredds of farm houses, silos and just green lush sweet-corn and plenty of Farm traffic to avoid (trackters, planters, and the best was a tracktor situated about 4 meters high so that it can ride in the field high above the corn and then spray insect poison or ferteliser without harning the crop.)

In the town of Spartan I was pulled over by a very attractive Police Woman for speeding through the town, Pie and Rocky stopped behind her car and when they took off their helmets she called for back-up and more arrived. I was asked for “License & Registration” then Insurance (which Tex’s just re-newed for us,) and when all was in order she got on the radio and asked Control Room if there were any other issues with my registration number. Nothing. So the only issue was me being over the speed limit in the town (50km per hour was what I should have been doing but I was doing 75km\p\hr.) So I pleaded stupid and told her I battle to convert the Miles Per hour signs to Kilometers and I am VERY VERY SORRY. She felt pitty for me and I was released on a warning.

And then the day got better, we stumbled onto a car show next to the road where anyone can bring their car and sit under their gazebo with coolerbox, drink a beer and eat from the local Pulled Pork Man. 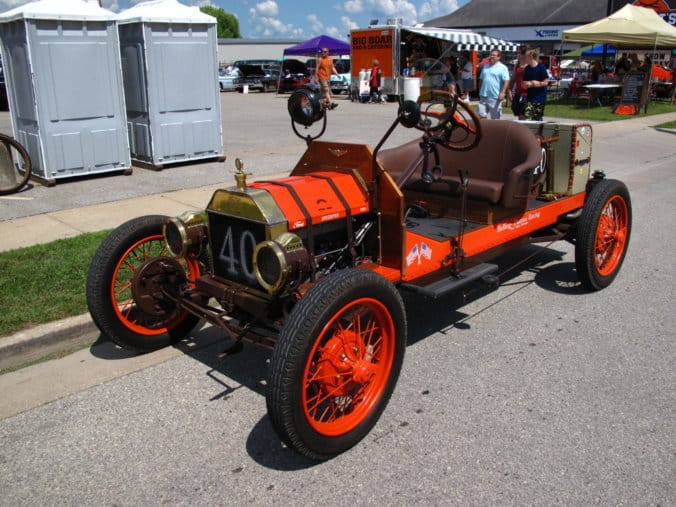 This Beatle is Super Charged: 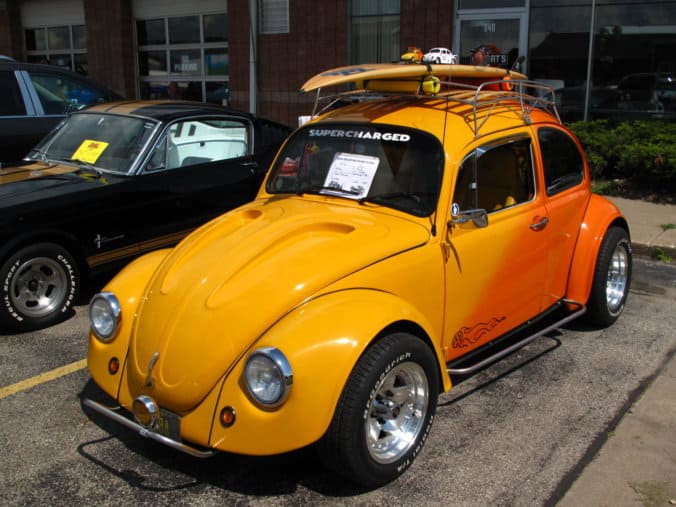 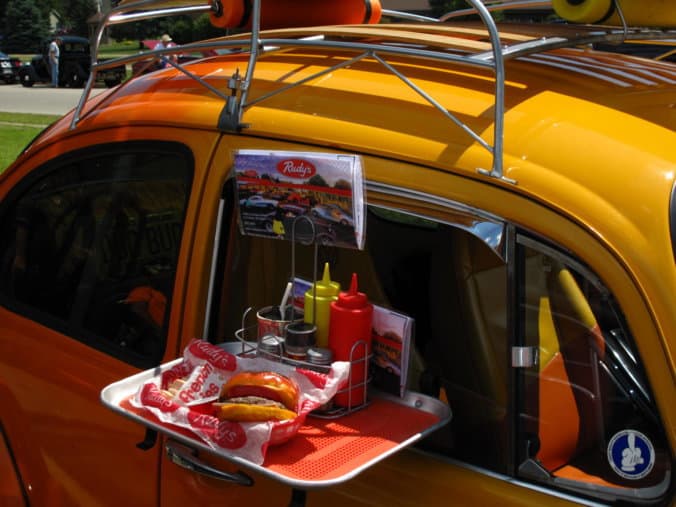 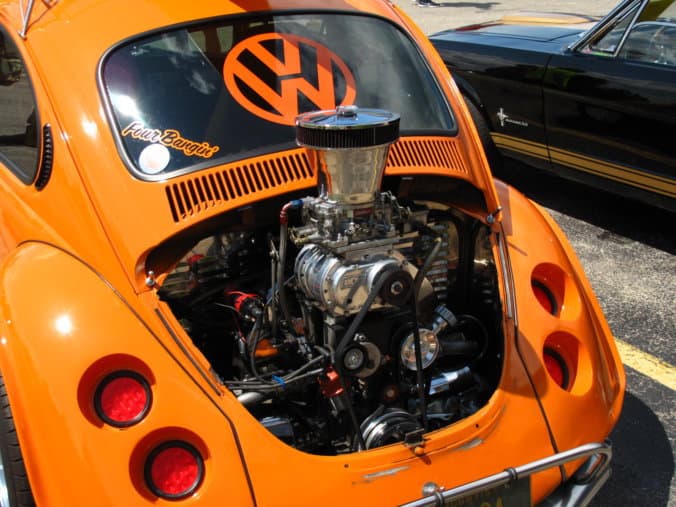 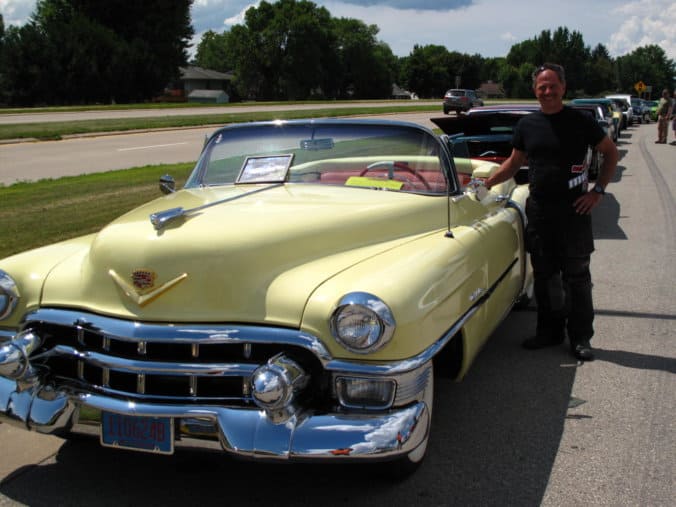 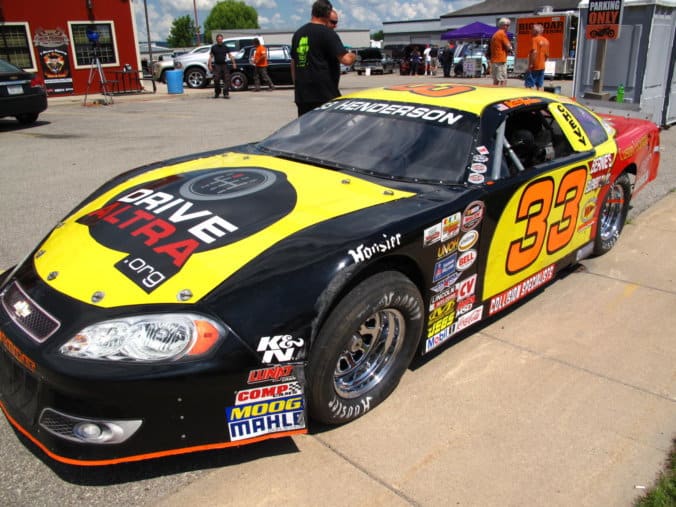 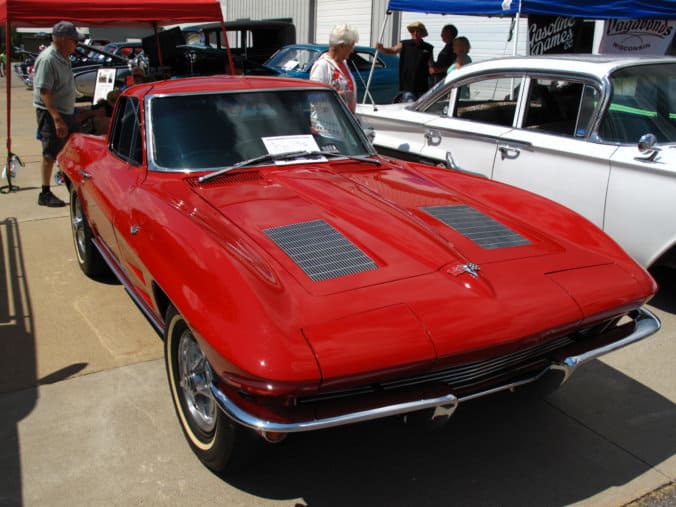 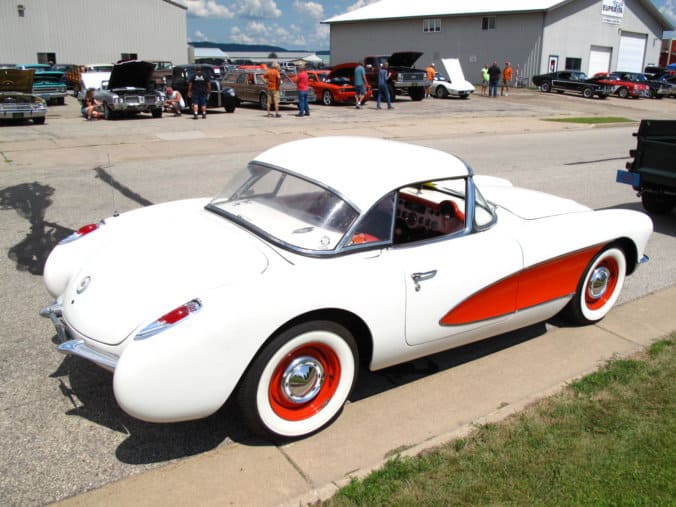 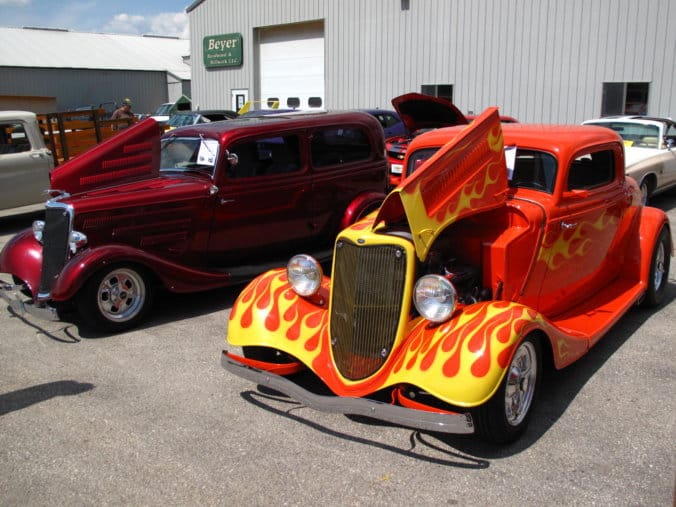 And yes, there was a Studebaker, but it would not impress Pie as he only collects pre-World War 2 cars and now also Motorbikes. 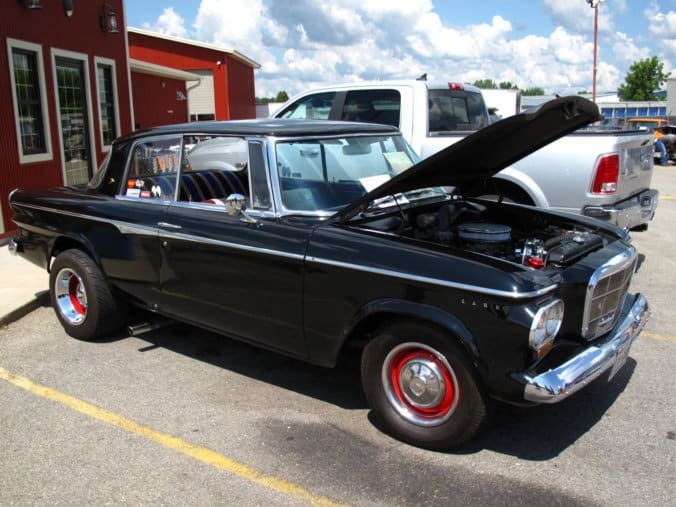 Then I managed to get us on the right route again and I was convinced we were behing the other 4 as we stopped twice, once for the Police Lady and once for the car show. But they were also distracted along the way. 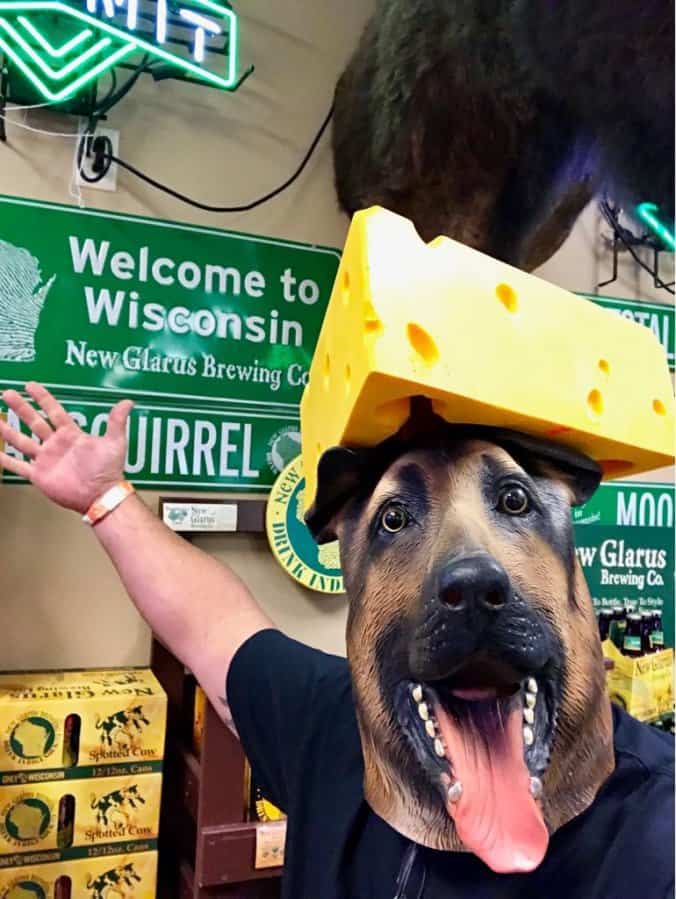 This Lady had a big Harley: 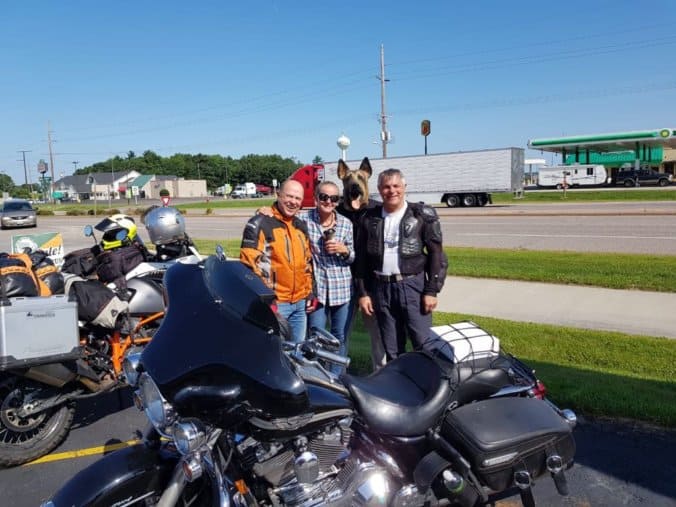 And Richard sent them up the mountain to look at the view over the Mississipi River which we crossed today. We also crossed from Wisconsins into Minisota. 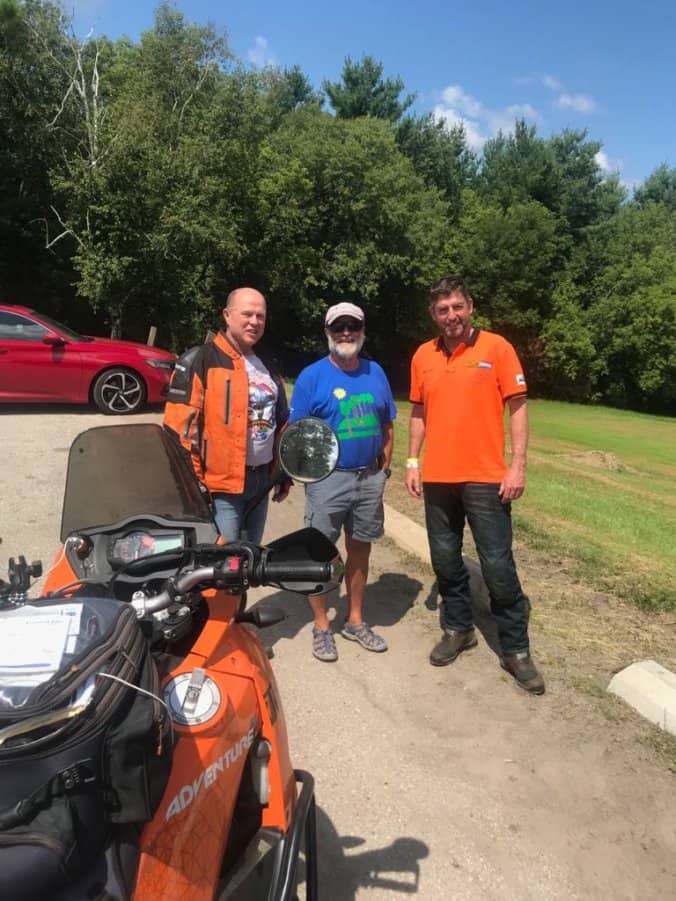 When we got to the town called Houston they had a Harvest Festival going on and the main road was closed for the parade. It was a very personal parade with the public knowing most partisipants and they cheered from next to their coolerboxes. 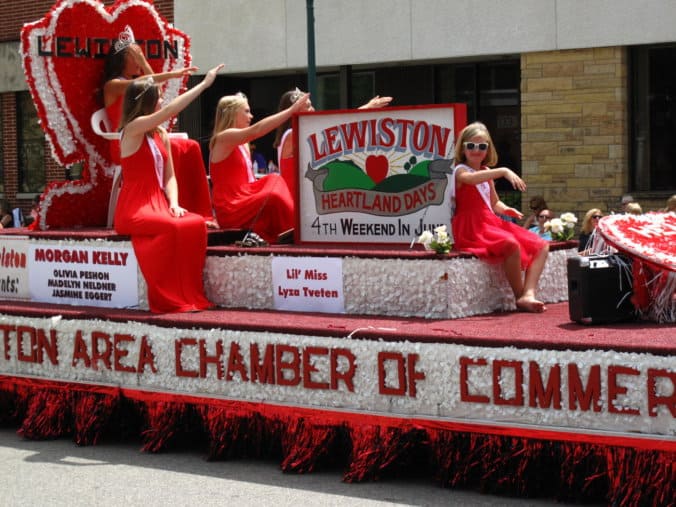 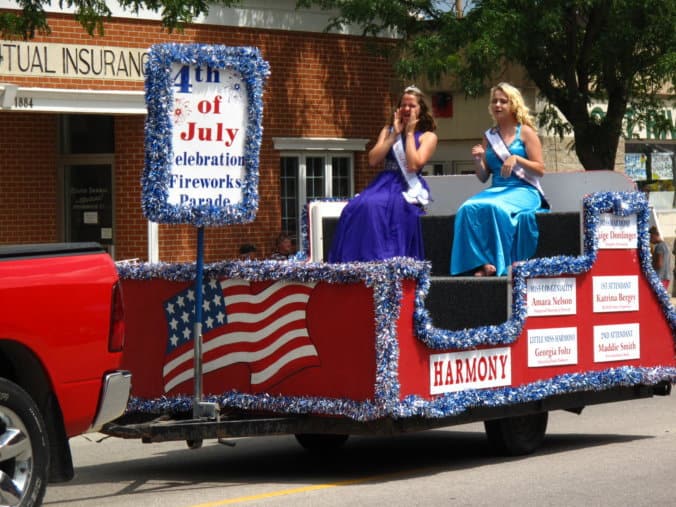 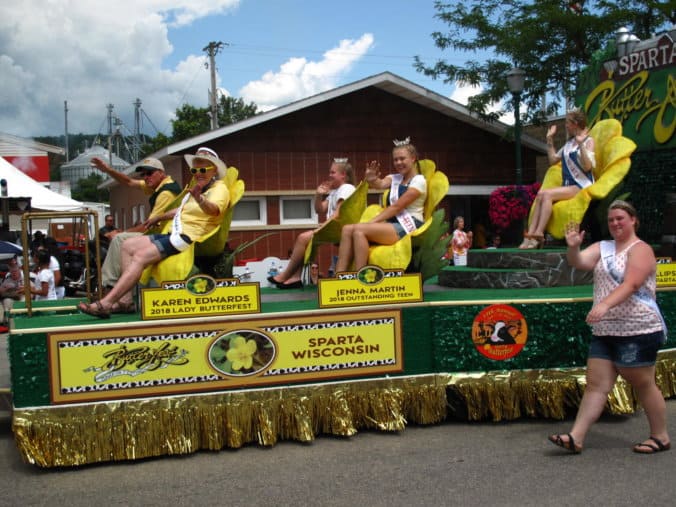 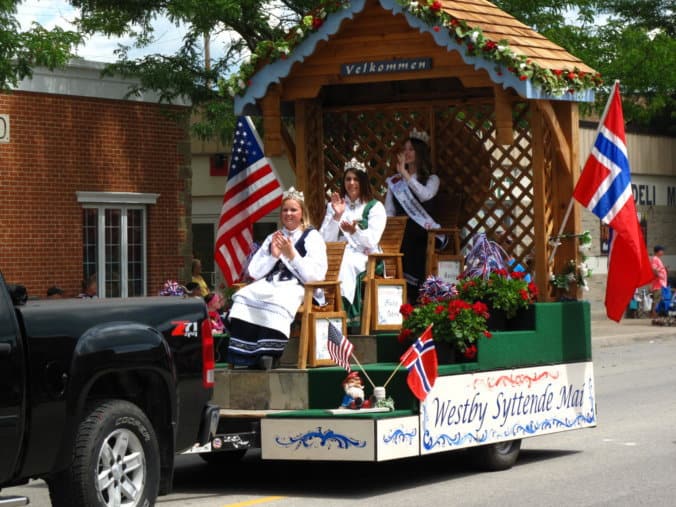 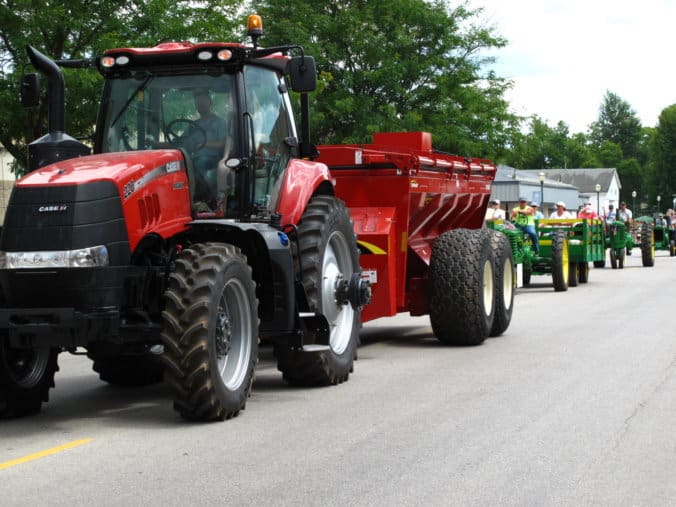 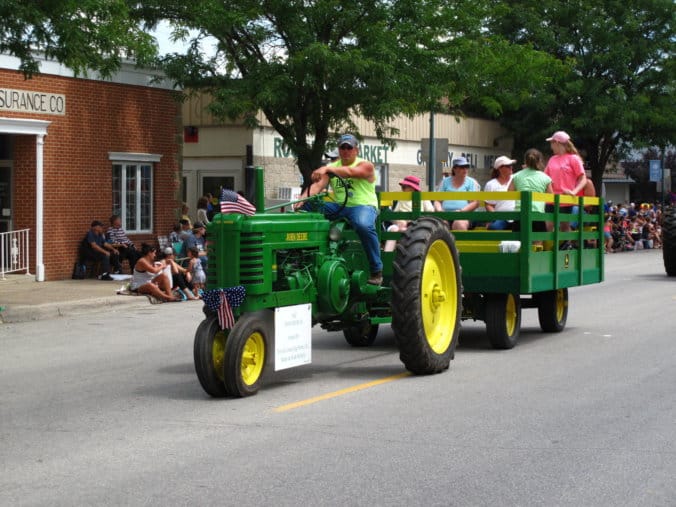 Very festive, loud music playing and the presenters announced every float passing and also giving the sponsor of that float a little “Shout-out.”

As the town shares the same name of the City Dog and Tex comes from, Dog drove up to the Police a the road closures and started chatting, swapping badges and then going to the local police station. 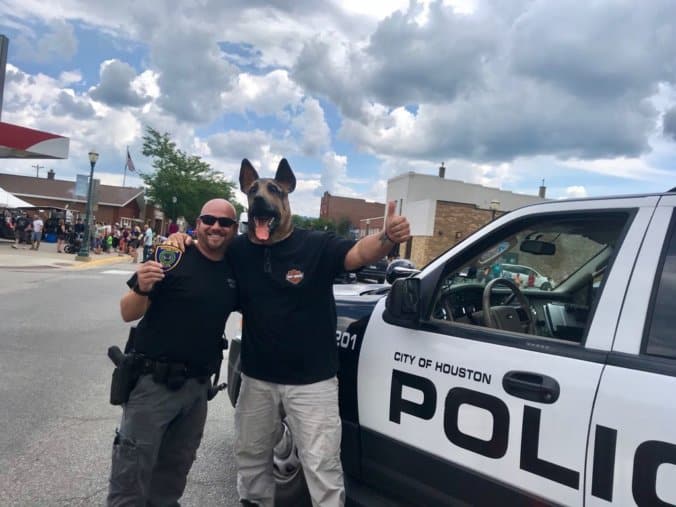