Day 191 Monday 24th April : From the Ranch to the House to the Factory

This morning we rode back to Tex’s house on the Bay, we had a breakfast stop at Starbucks and was at his house by 12h00. Peens continued working on his bike, we have given him a new Nick-name : Grinder, as he worked on his bike using an angle-grinder on the 1st day we arrived, Dog and his friend Marty were horrified that a new bike needed a grinder before Peens had even ridden it, but in the end I have to admit that the front mudguard conversion he did does look nicer than the mudguard the bike came out with, see what I mean : 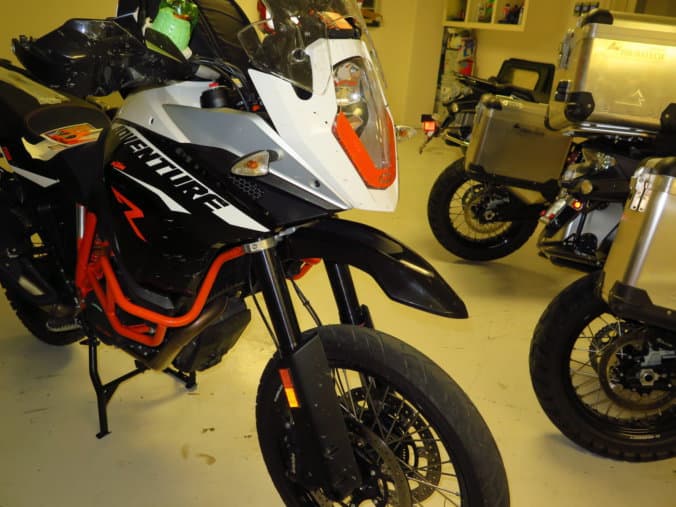 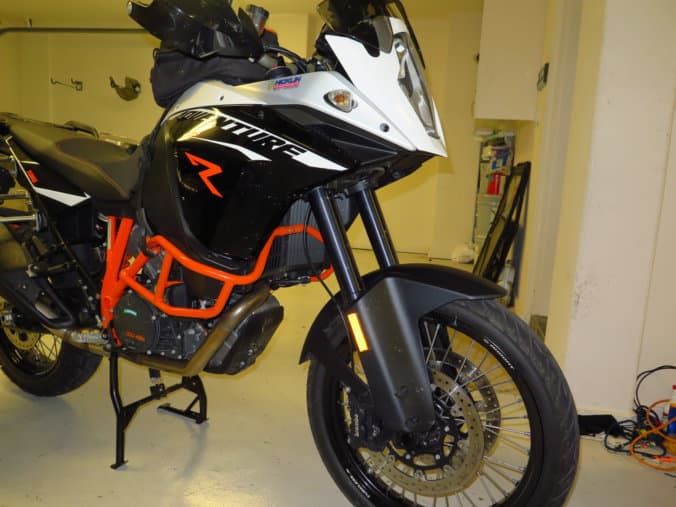 Rocky’s GPS was fitted and connected to the power and a few other small things were done to the bikes, I fitted a pair of Handlebar Raisers (to make the bike more comfortable and controllable when riding standing-up.)

In the afternoon we went to Tex’s Family Business, in short, they take the Platinum out of Exhaust pipes through a process where they first cut the Converter open, remove the “Honeycomb” (mesh covered with Platinum,) and then melt it in a furnace, then through gravitation the Silica floats to the top (and is then tapped-off, and the metal, nickle, and several other alloy sinks to the bottom which are poured off every few days and the process repeated until eventually through another few processes and other furnaces the purer product is separated from the other metal and then  they pour the platinum into a type of a Bar, (similar to how Gold is poured into a Bar.)  But there are not enough Catalytic Converters in the USA, so they are imported from countries all over the world,  including RSA to this plant of theirs in Texas. The majority of the plant equipment was designed and built by Tex, (furnaces, cutters, separators and sorters,) who learned his Trade in RSA (Boilermaker) and he met Pie in 1977 at Wits CATE (Technical Collage.)  The rest of the family brings other skills, Tex’s brother and Tex’s father, (who is 95 and still goes to work everyday,) are metallurgical engineers, their wives are kids are also involved in the business.

They have a very strict policy and no cameras are allowed and I can therefore not show you the size and scale of their operation, but I was very impressed, and although I could not relate to the different processes, I could grasp the skill level of the people employed, from the laboratories which constantly tests the quality of the product to the Maintenance and Manufacturing  department of the factory, which are constantly sharpening and producing the blades that cut the Converters open, to the production of Oxygen Lances used in the purification process of the metal which are all produced on site.

We then went to meet Tex’s parents and sister, his parents still stays alone (his mother is 90 and his  father is 95) and we arrived as she was preparing their dinner. We came for Tea but had Red wine on the patio instead. His parents reminded me so much of my Grand Parents, his mother was also involved in building the business and saw it grow over many years, ( just like with my Grand Parents.)

We also stopped off at Tex’s brothers house to have a look  at their racing cars (him and his son races in the Porsche GT3 Racing Club Class)  and we eventually had to drag Pie away from there as they spoke “Racing, non-stop.

When we got home a few of Tex’s friends were waiting for us on the Patio and had prepared Sun-Downers (some very interesting Snacks, very Mexican and spicy, we also got to taste some Home Made “7 Layer Dip” and a dish I will copy in future where the lady made a type of Souffle ( One cup of Milk, one egg and then a bit of cheese, Jalapeno Peppers and mince, all mixed together and then either baked in the oven or done in the Micro Wave.)

The Texans are so Hospitable, just like South Africans I would say, and we laughed and joked with each other as if we have been friends for years. 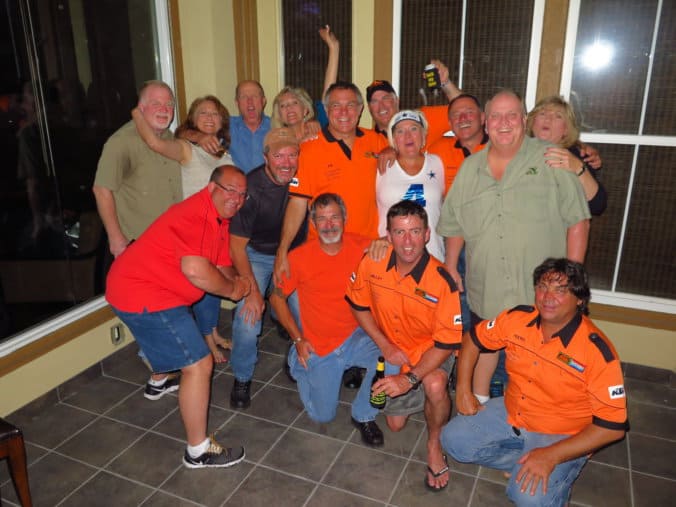 Day 192 Tuesday 25th April – Houston “We dont have a Problem