We have addressed the Navigation fiasco (the cause for the frustration) from all levels. Last nights after communication with our-man at Garmin, Jaco, he asked us to send him the GPS Co-ordinates taken at an intersection, he can then determine how far the they are off, they might be able to do a calibration and mail us an up-date for the software?? We have also decided to follow the “Bucky” (Land Cruiser) out of a town and also into the next town as Tony has the latest Chinese Maps on his phone and they are spot on,  this is not very convenient for us on the bikes as we have to sit in traffic and then later in the day wait outside the  town where we will be sleeping. Tony also writes the Town’s name in Chinese and once you have associated its shape with something it becomes more recognizable on the road signs.

We only manged to cover this amount of distance as we all “sneaked” onto the Forbidden Highway by following our game plan by hiding behind the Bakkie or a Truck, and at the last minute dash for the boom, (it is only half a boom so you fit through with few centimeters on the sides, but this can not be done at speed, you have to slow down and put your feet out, but we made it, and was it worth it !!

We had a birds eye view as we swept through the valleys, still covered in mist from last nights rain, at a cool temperature of only 22 degrees, looking down  on the villages we flew over, (I wondered how many of the villagers staying in the shadow of this highway will ever see what it looks like from onto of the highway. The engineering blew me away, I was impressed with the tunnels we saw in Norway, (still had the longest tunnel of 11km ) but these tunnels would be used as on or off ramps to and from the highway in the sky, you literally spiral up or down in a tunnel to exit at the point where you join the highway. 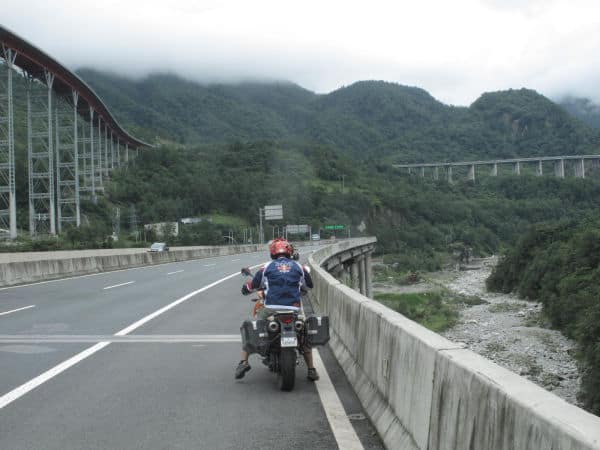 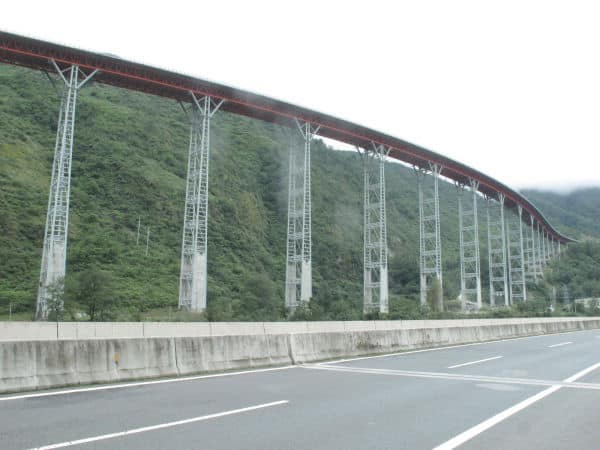 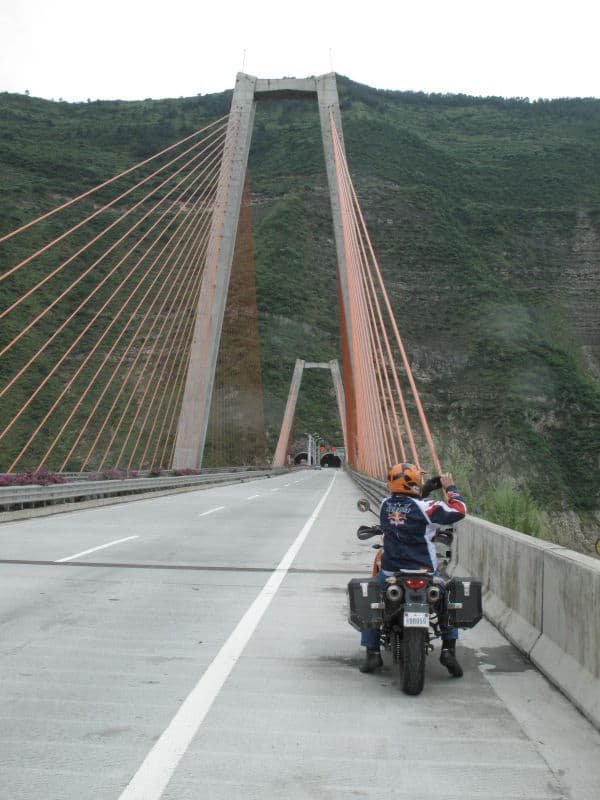 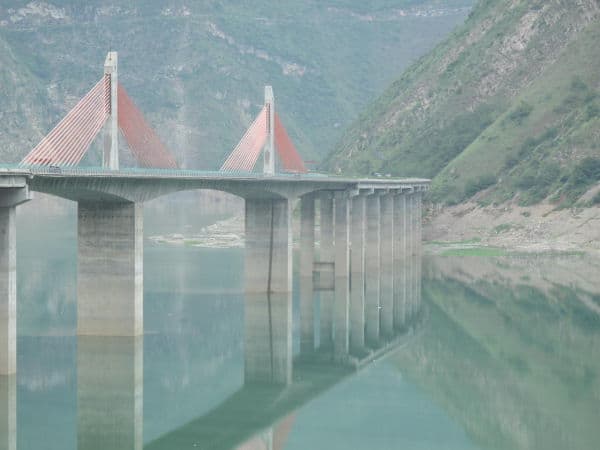 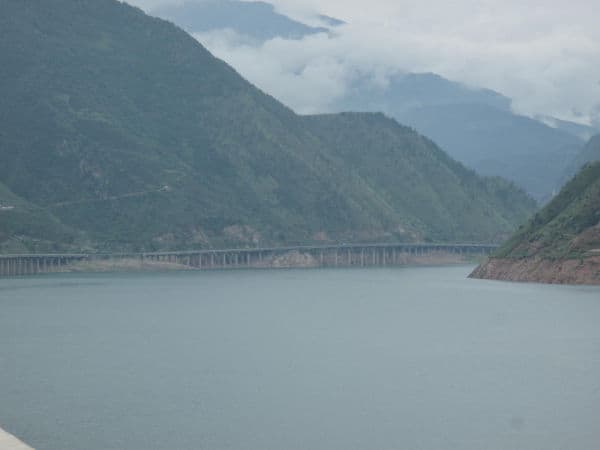 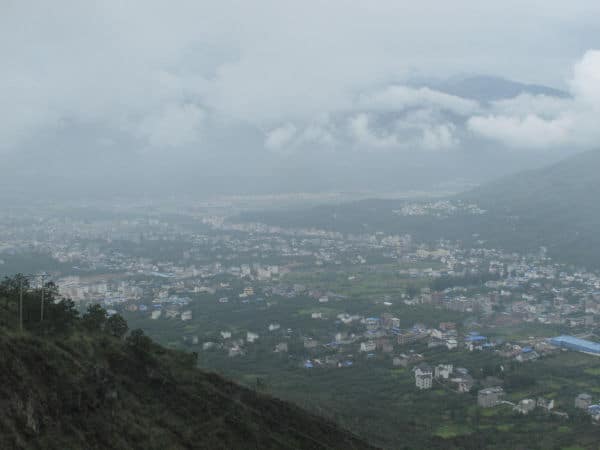 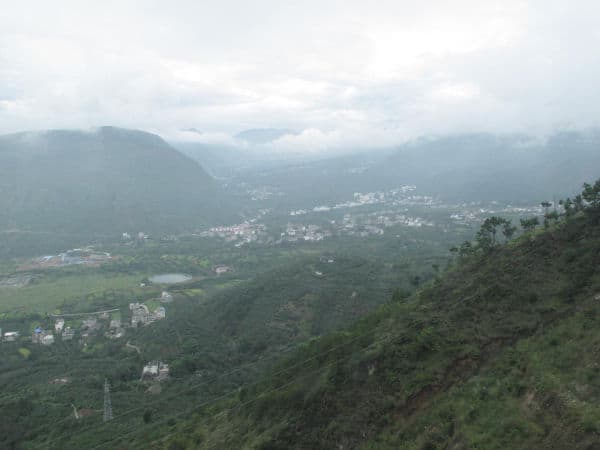 Greg is be coming a regular rider with us as he and Tex has been swapping vehicles and he quickly had to “get with the program”. 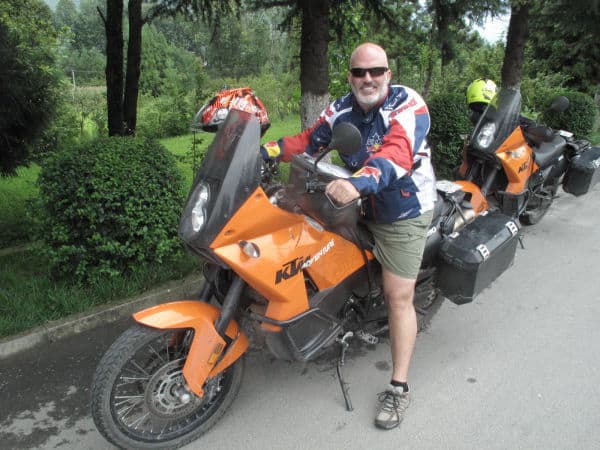 Today was not a Photo-day, it rained a few drops every now and then, it was foggy and hazy, but we did have some fun along the way as The Dog scared all the kids away. There is no Quick-stop at the filling stations on the highway, these are the two option we had. (If you look carefully you will see instant noodels and tea bags being sold, these are great hits at a fuel stop, in RSA you expect Fuel and at least a clean toilet, here you get fuel and a boiler with boiling water as everyone has a flask and makes their own tea, and at lunch time you pour the free boiling water on your noodles, (who needs a sitting-flushing toilet if you get boiling water !!! 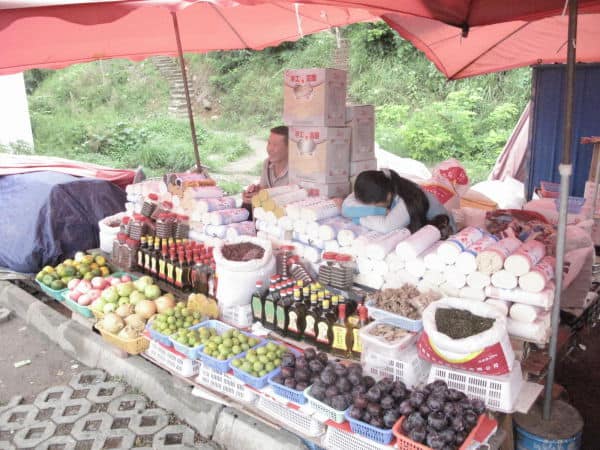 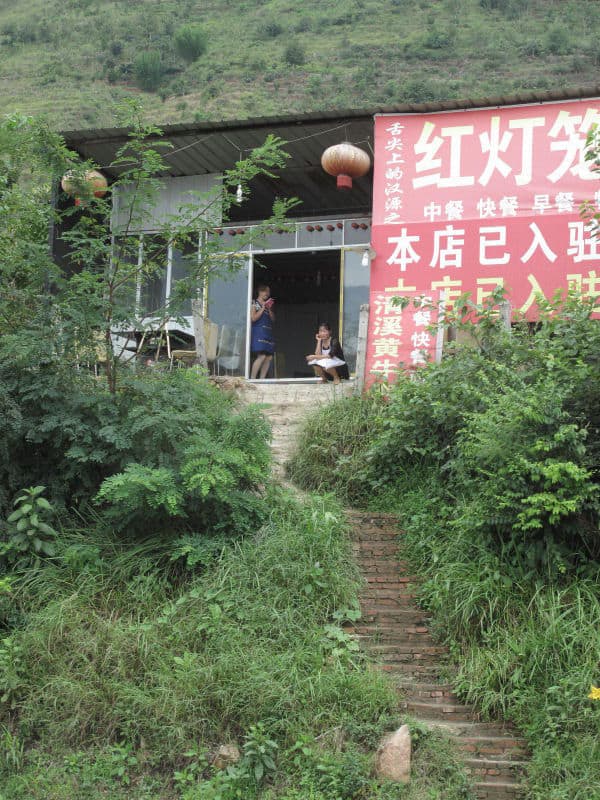 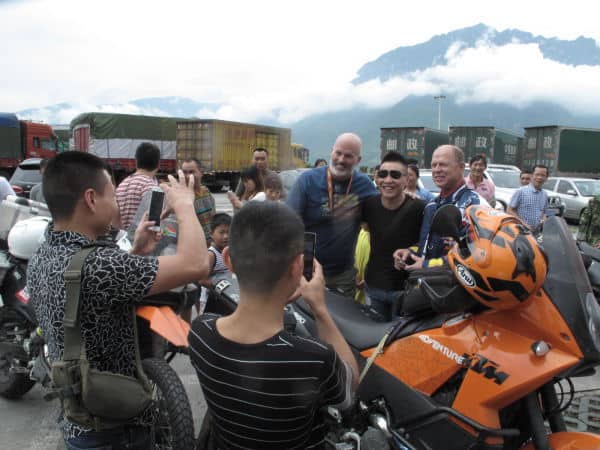 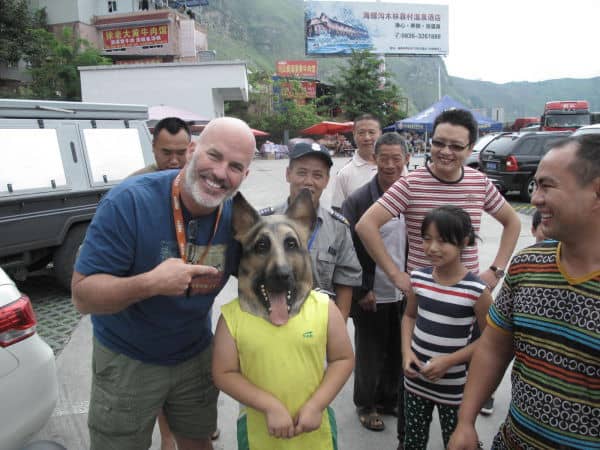 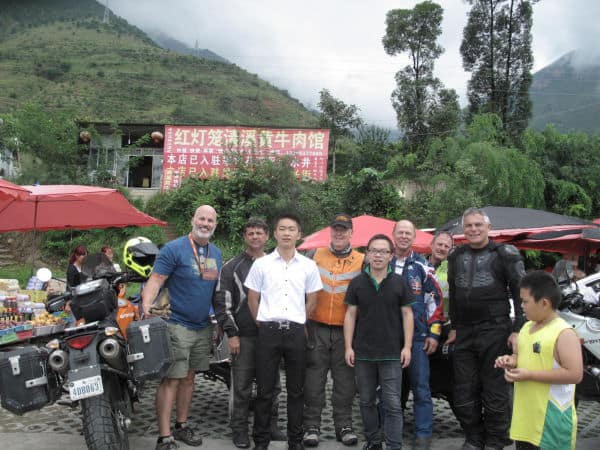 But as soon as we got down from the highways, down to the ordinary people living in its shadow, we rode through one village after another, all the houses are on the street and farming happens in the back yard, we came across a few little butcheries but decided to rather pass. 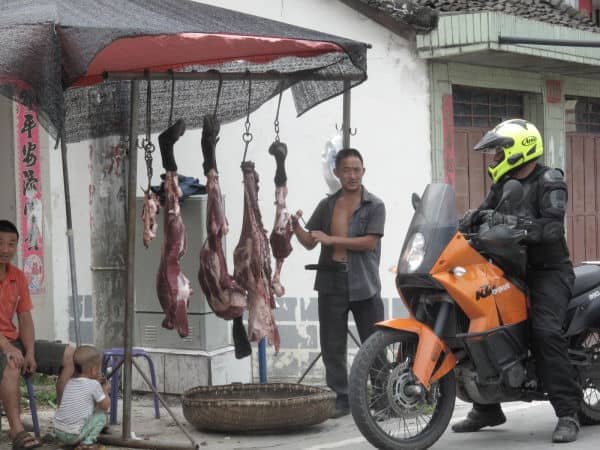 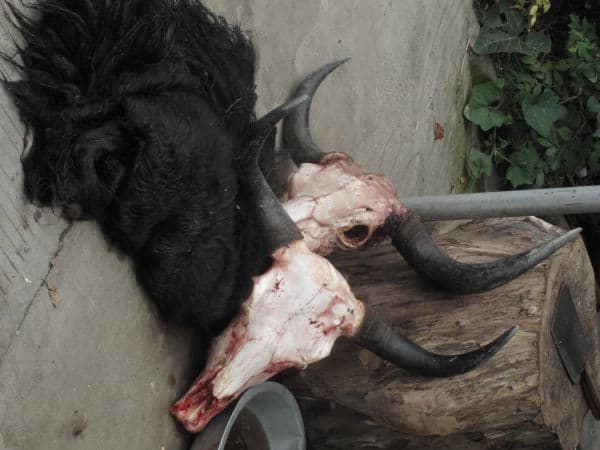 In an act of Revenge for “stealing\losing\giving away\selling his painting he was given in Russia, Peens went and bought some fire works, luckily only 2 boxes, they are dirt cheap here and used for any type of celebration, there is nothing that is so much fun as blowing-up a box of crackers when your baby turns one, and again when he turns two etc. This is causing some problems with our fridge as the space above it  is the only space not being used at the moment. We might ride past a wedding tomorrow and join in…….. 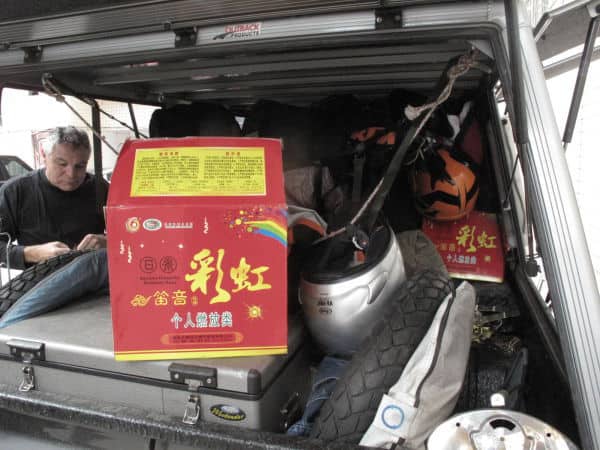