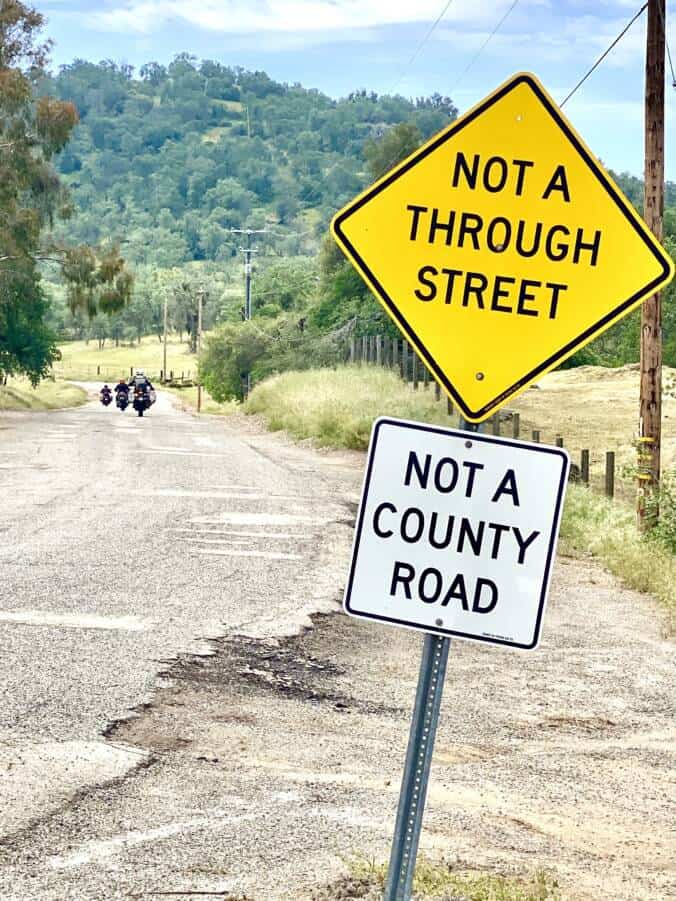 Danny-Boy was on the bike today, but we hear from his dad he sleeps with a little Soft Toy he bought himself so that everyone on the trip can think he has a girlfriend that bought it for him, so today the toy rode with him. But in his defense, he did not put it on the bike, we helped his dad put it there so that Danny-Boy could feel loved, 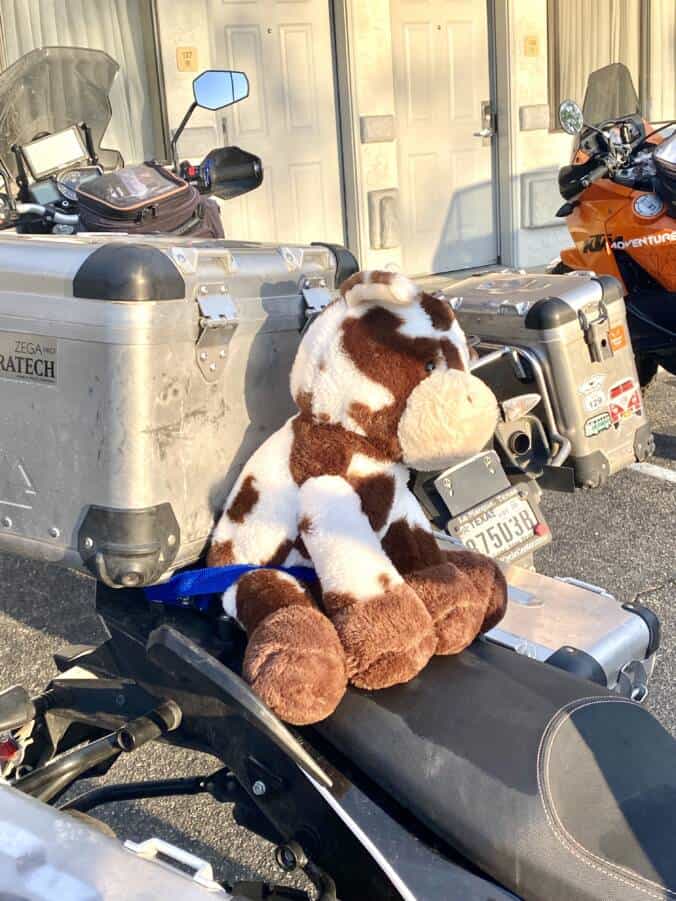 We did not want to do the big U-Shape ride on the main roads to get back on track after we were forced to take the South Exit from the park due to the roads being snowed-in and still closed after the winter, so we, in our wisdom, thought it would be very clever to just  curt across the top of the U, but there was no major road running East, so we had to Zig-Zag from one little town to the next small dorpie.

We spent 200km in the forest, going over one mountain, the getting to a little village, then turning off onto another little road, then we would wind up a hill and down the other side, turn onto another little road, so going was slow. But the road was amazing, today, like yesterday was just Twisties and more twisties. We are all complaining of sore wrists from all the braking. At one stage my back brake’s brake fluid began to boil from working so hard, which results into instantly canceling the prospects of wearing my underpants’ for a 2nd day,. This is because you lose your back brake once the fluid starts boiling and you have to rely completely on the front brake to get you slowed-down enough to make it through the corner you are braking for.

At one stage I just wished we could hit a little straight section.

Here are some of todays photos: 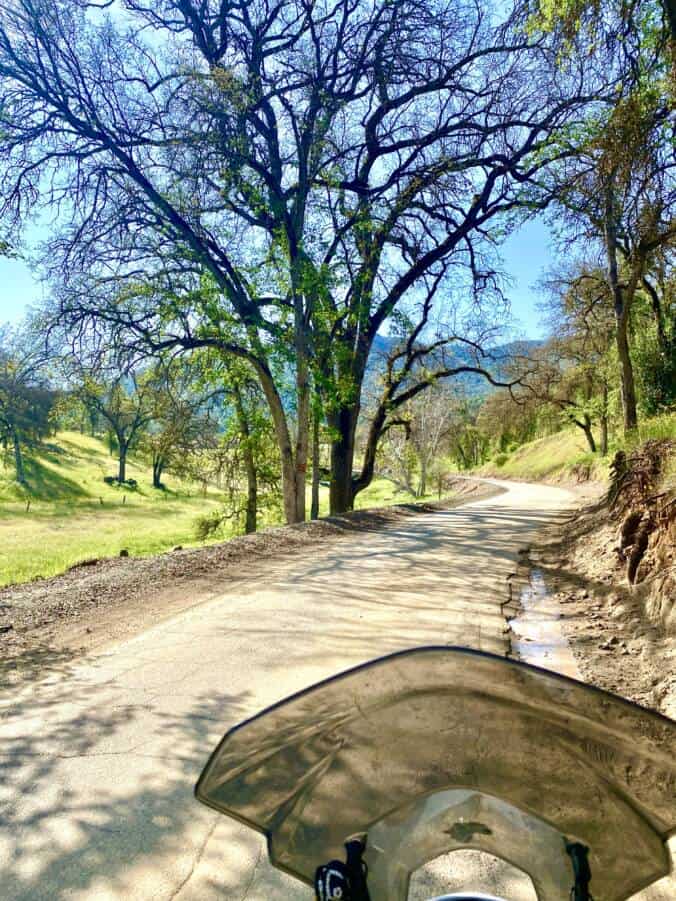 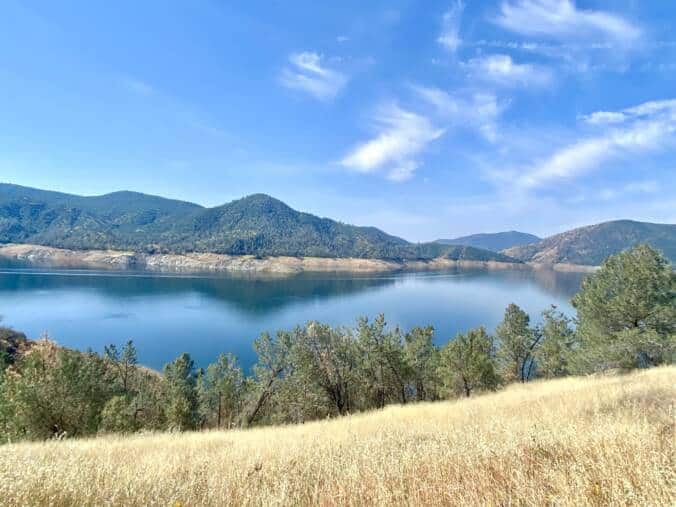 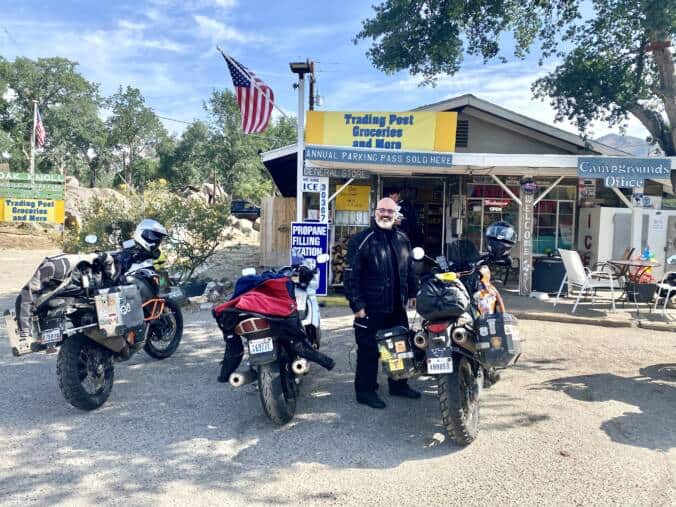 We stopped often to hear from the locals about the road conditions ahead, which was a bit of a fail as they spoke “Fishermen” and not much help as they don’t travel out of their village, they all have a boat and stay in a Trailer (caravan) and life has never been better. 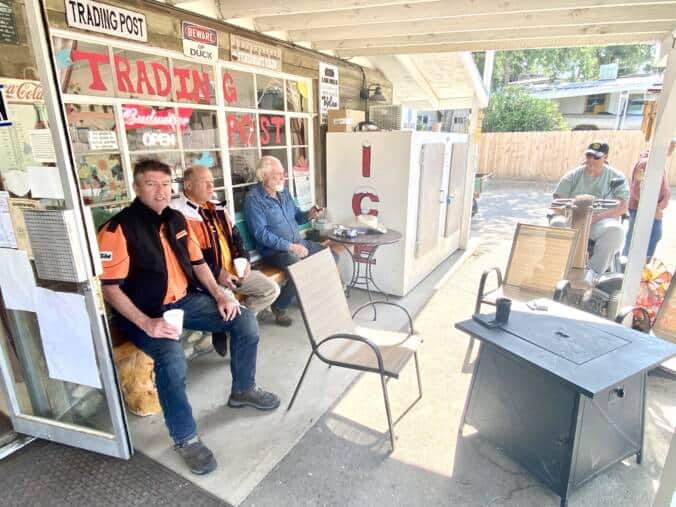 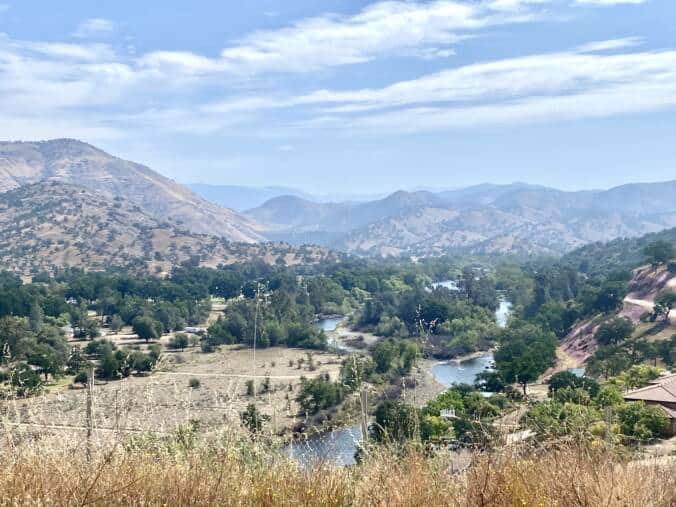 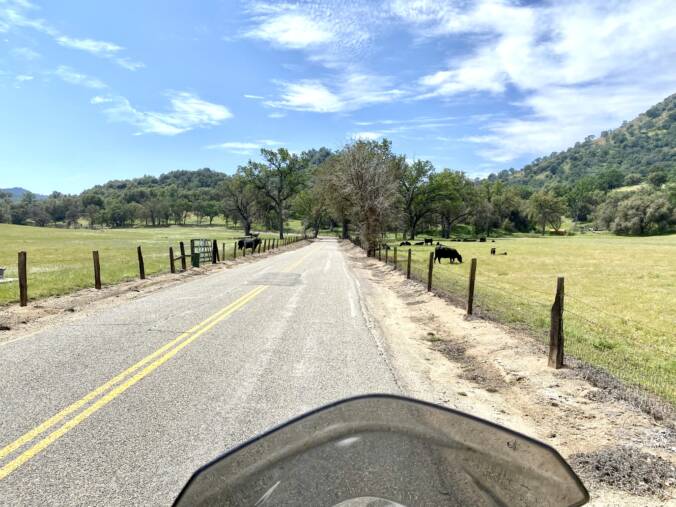 We contemplated to cut this gate open but decided to turn around and find another road: 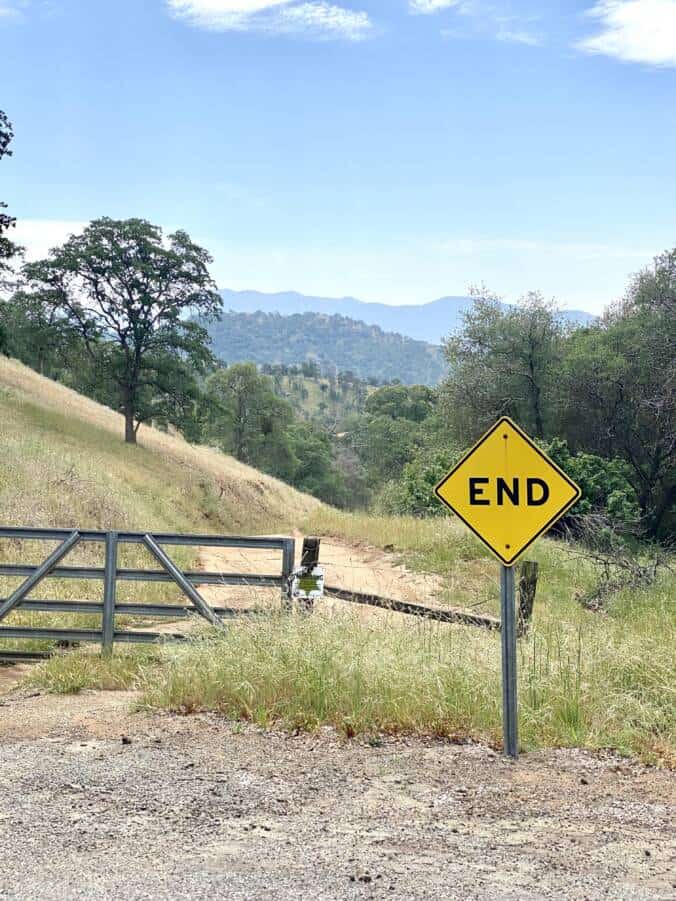 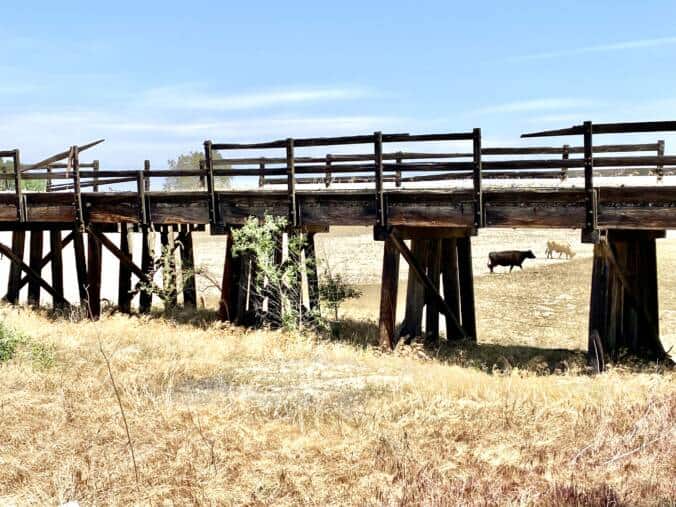 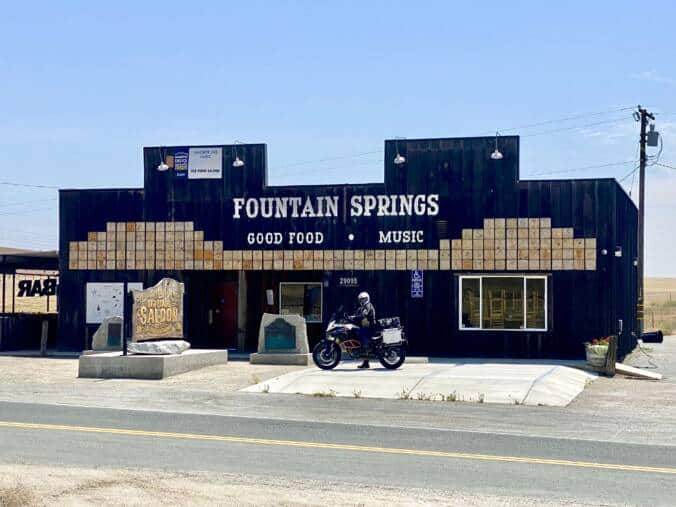 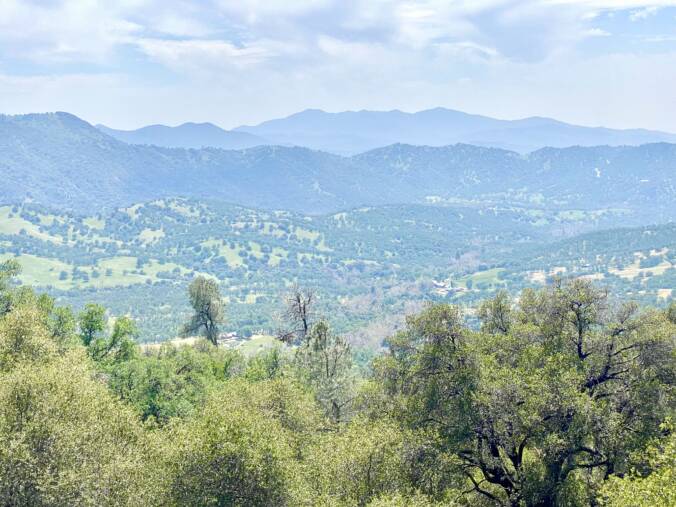 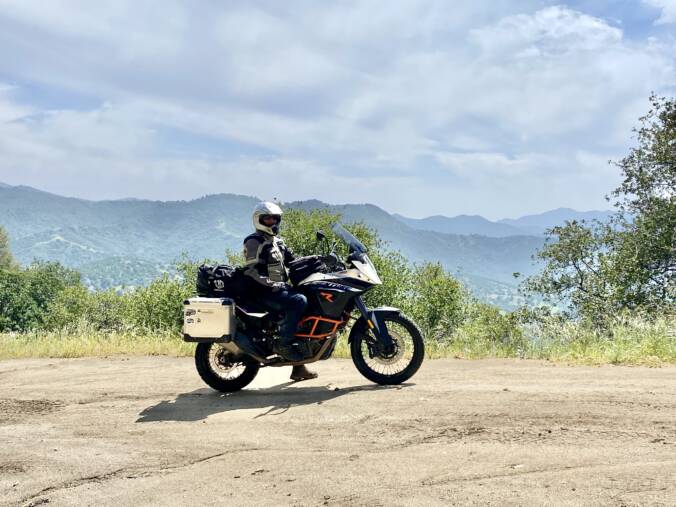 But then we crossed another mountain and it started getting dryer (we are heading for a desert and the dryest place on earth, so one would think things should start changing. We found ourselves going on farm roads through farmers farms, passing countless Cattle Grids, running along rivers and streams and looking at all the Free Range Farm Animals, some almost face-to-face going through a corner. The navigation was a nightmare and eventually the group was split into three groups who all took a different rout through the farms. Then we were back between fruit trees, citrus, for kilometers and kilometers. And then we got to another holiday-resort-camp-tourist area.

Note how these two teams have their faces in the old fashioned  Map Books. Only Milsy a I were using GPS’s, the rest were using Google Maps which stopped working soon after we turned off the main road this morning: 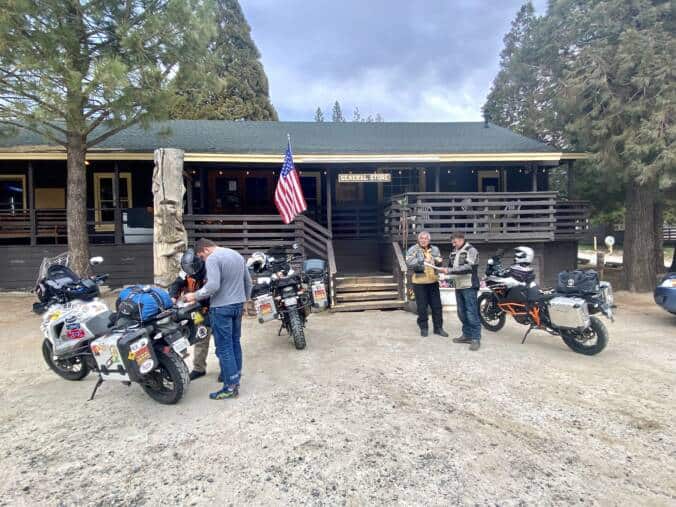 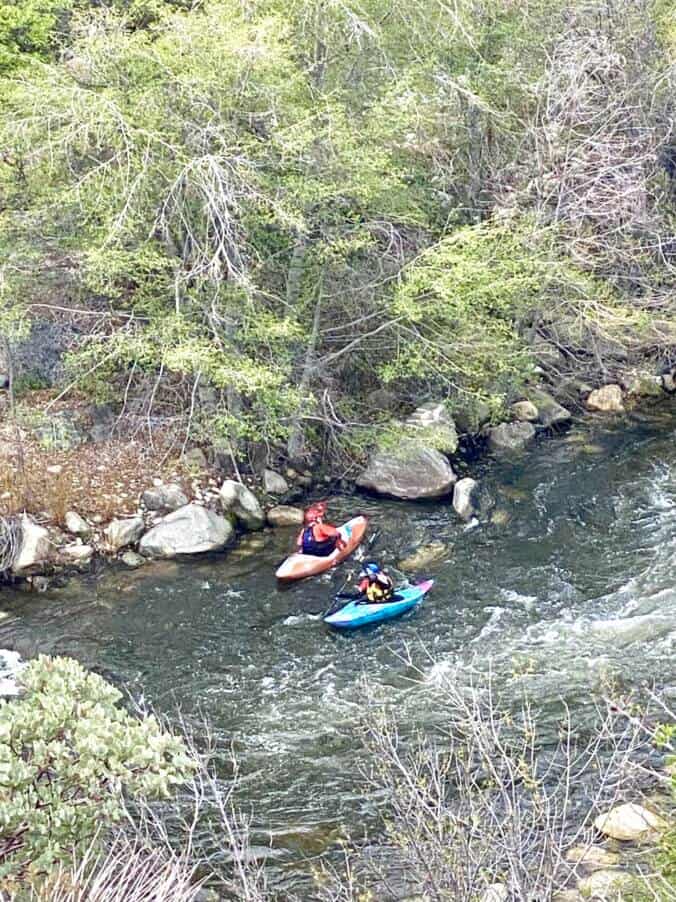 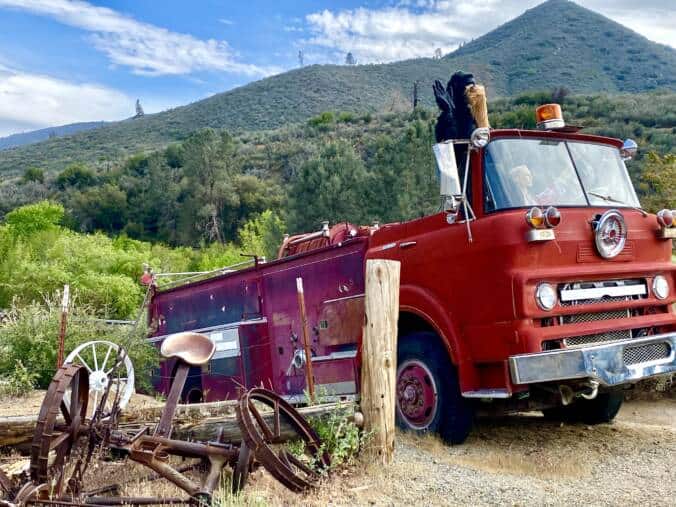 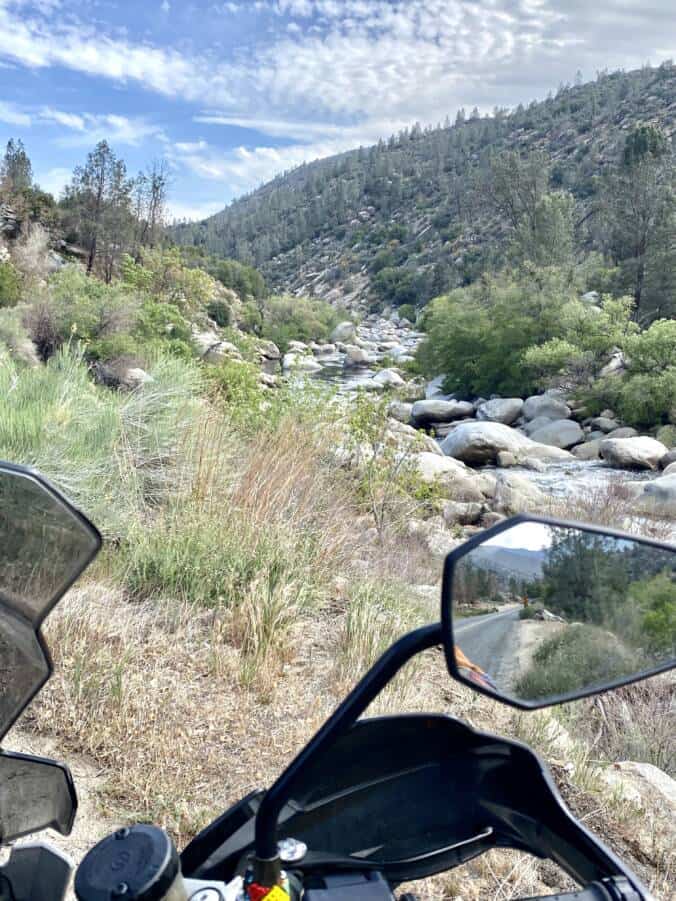 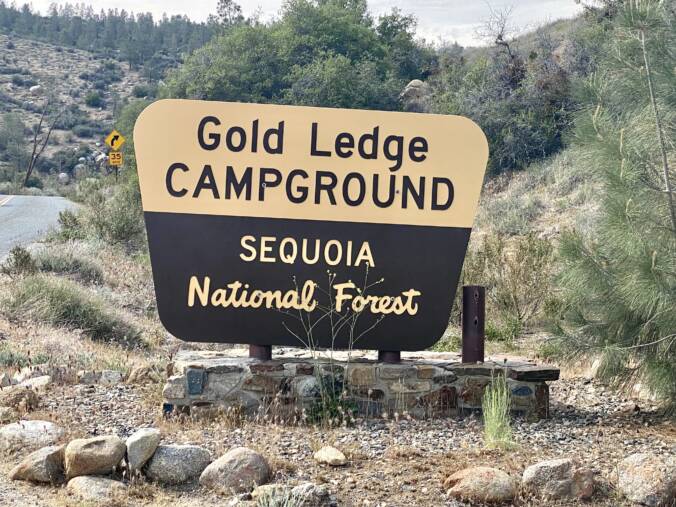 We could not find a place to have lunch, or, the place Milsy and I found for lunch only served beer and crisps, and as it was still to early for a beer we spoke to the barman and ate chips and drank Mountain Dew Cooldrink. We thought the others would arrive but they never did, so we left thinking they took another road over the mountain Often we ended at Dead Ends and a few times Locals would show us to turn around as the road up-ahead was closed due to snow.

But then we started going down the next mountains and we were back in civilization and then found the perfect little holiday town.  Finding a bunch of Harley Riders is always a good sign as they dont do “long difficult mountain roads with pieces of gravel, so when we saw them we stopped, had a beer and then Danny was thought how to find accommodation, (across the road, he had to negotiate the rate down even though it was already cheaper as we are now in Nevada and thankfully out of California.)

And there is a Pizza Restaurant next to the Motel, things are running like a Toddlers Nose!!!!!!!! Lekker, we need days like this. 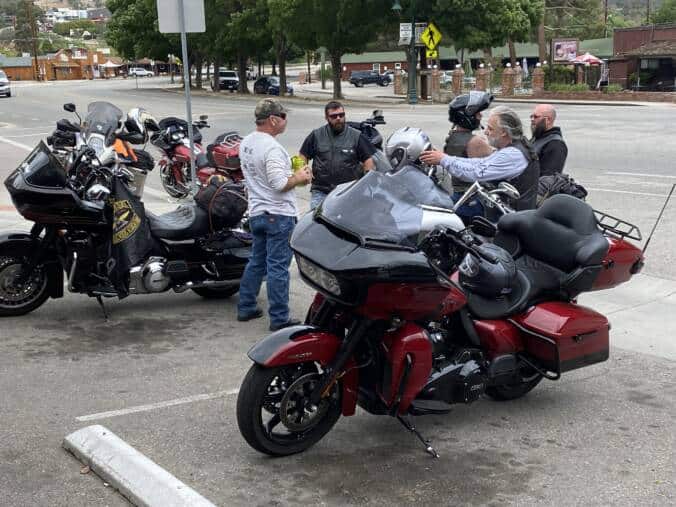 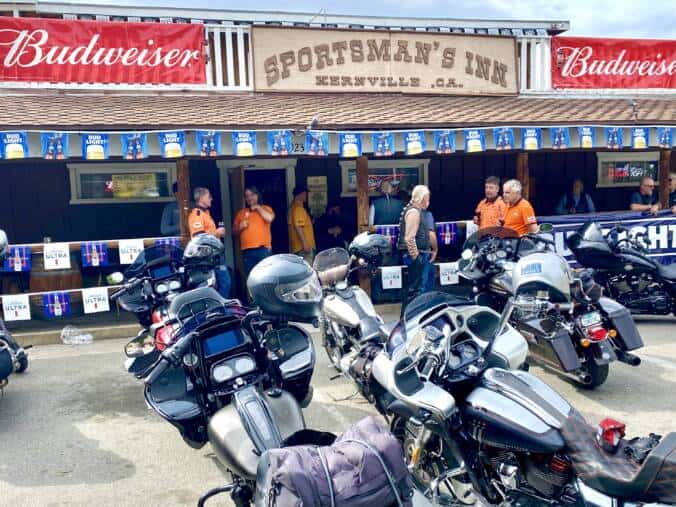 We are within spitting distance of Death Valley and then on to Vegas tomorrow night, who knows, maybe we get Peens a wife and we all attend his wedding at the All-Night-Chapel.