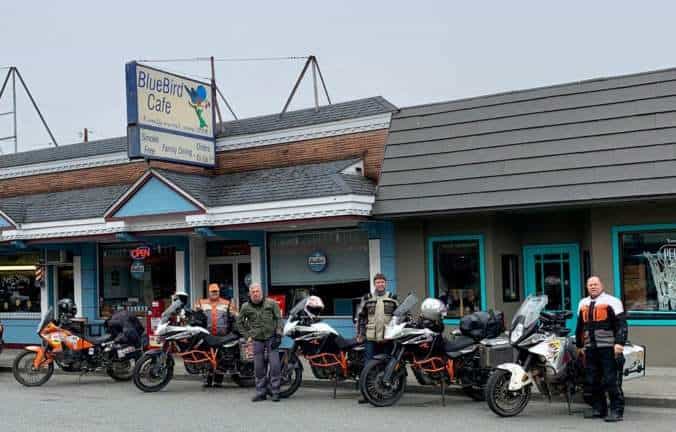 So here I am, writing the 2nd last Blog for Leg 15. Tomorrow (or the day after) I will post the long Emotional-In-depth-Analysing-the-world’s -Problems-Summary-Blog, which is my observations and state of mind on this Leg 15. There will probably only be one photo of our dinner tonight, so those following the blog for the photos, this is it for you, till next year in May. TOTSIENS

But today my brain has turned to mush and I need some sleep. But as the saying goes, There is no rest for the wicket. I have to write today’s blog and then we are all off to dinner at Business Partner’s brother and his wife’s for dinner.

Yesterday we were FINISHED, the sun and the heat smacked us very hard. When we got to our Motel, we washed, showered and met in our room for Oros, but Miley was missing, he took a late SCAN (senior citizens afternoon nap) and never woke up until this morning. We did not even have the energy to go out to dinner last night, or to walk across the road for a Take-Away.

I did, however, decide to go in search of some red-wine and chips, for my contribution towards the Oros. Along the way to the shop I saw a Bear-breasted Mermaid riding on the back of a Unicorn, I did not take a photo, I had moved on, the tour was now really over, we had ridden exactly 12,170 kilometres and “Lekker” was no longer “Lekker” (Nice no longer nice.) So we shared some crisps for dinner with our Oros and chatted a bit and then went to join Milsy in La-La-Land.

We were greeted this morning by the site of Mount Baker in a distance:

I was a happy Chappy, the last day of 23 day’s riding was upon us, it was a hard long slog and we were all looking forward to parking the bikes and head back home. My smile was BIG, (although I was already having a bad-hair-day)

We were all eager to get to the Storage unit, some more than others, as Pie raced-off from the group and disappeared on the wrong road, the one leading to the dreaded Interstate Nr. 5.

We tried to squeeze the last drop’s riding out of this Leg 15 and headed South on Highway Number 9, which snakes between Dairy Farms and Hay Ranches and little villages and dorpies, it runs parallel to the Interstate 5.

With the smell of cow-manure in our nostrils for most of the morning, we discovered an American Diner where we had Breakfast, sitting at the counter, having our coffee mugs re-filled far too often, munching away on our Hash-Brown, Biscuit and Gravy, crispy bacon and 2 eggs.

But as the ride progressed and the horses in their padocks next to the road became more, so did the traffic, we were opposite Seattle, but about 50 Kilometers East and where the richer people could stay to give their families the Rural Farm-Vibe-Living and the breadwinner could sit in traffic for a few hours per day commuting to work.

We went to the storage unit but Pie was not there, he was having his pannier brackets welded. So we headed for the Car-Wash and gave the bikes a proper clean. A lot of attention was given to the bike’s chain, we washed and scrubbed the chains with new-found vigour (since Peens’s chain breaking we are all hyper about our chains as proper cleaning and regular waxing should prolong the chains to last up to 50 000km, our chains are only on 30 000km.)

Then we went to sort out our lives, (and make notes.) We are only coming back in May next year, how will I remember how many underpants I left here? Did I leave the charger for the Go-Pro??? How many dirty shirts are there in my Laundry Bag and did I take Suzi (the GPS) back home? Did I leave a warm jacket, and did I not maybe take the thermal-vest back home????

The re-packing is chaos, (and I just realised I left all the International Plug Adaptors in the storage, so how did I think I was going to charge my Lap-top and phone tonight??? Skaap !!!!! (Sheep)

All the bikes batteries needed to be disconnected. I am so glad that KTM came to their senses on the 1190 as Dad-Ass’s battery in under the seat, the 990’s battery is under the bash-plate, difficult to reach. They also made it easier to get to the fuel filter wich is in the tank, no longer do you have to strip the entire bike and remove the fuel-tank, it is now accessable from outside with no tank-removal, (for you tecnical guys that follow this blog just for the tec-detail.)

We have heard from Peens, he was unable to repair the clutch and has set-off from Prince George to Seattle, 800km without the assistance of a clutch, so he will ride and not be able to stop, like a normal person, but as he is not a normal person he will “ plan” and just not stop. If he has to stop it is a bit of a commotion as he has to stall the bike to stop it. Pulling away again does require some “jumping” and jerking, but once the bike is moving, it is easy to change the gears up or down, it is just the stopping which is a problem.

The manhunt for the two teenagers, wanted for the murder of the murdered couple (Australian male and Canadian female) as well as an older man, a 100 miles further along the road we rode past Liard River Hot Springs, is over, they were found by police divers. They committed suicide in a “body of water” (the police report said) and speculation is that they wanted to disappear so that these murders will be a mystery, and be remembered as no one will know where they were, and when the next murder might happen.

And while we were riding, and Canada was in shock with the triple murder, there were two mass-shootings in the USA, 20 people gunned to death in El Passo and another 9 people in a Nightclub in Ohio.

But before I get carried away, this is not the final blog, so I can’t get too carried away or emotional. We are all safe and apart from all the drama with Rockies bike and the front tyre, we are all safe (well technically Peens still has to come home tonight,) but if one the distance of over 12 000km, with 4 days of gravel on the Dalton Highway, I count us as very fortunate and blessed, we are alive and well, tired , but well.

Thursday the 8th of August, Kent (a Seattle Suburb) to Airport, in Uber Still Day Number 265

Tuesday the 6th of August, Valemount to Lynden (Washington State, just over the border) 776km, Day 264