Last night we met with one of Dog’s Buddies who stays in the area and he took us to the local Craw-fish Restaurant, it looked like an ordinary Family Dinner, with plastic table cloths and a serviette dispenser and a basket of sauces on the tables. The waitress was probably also the owner and was over 70, she could also not hear properly, but can she cook Craw-fish !!! We each ordered a Local Beer and 3 Pounds of Craw-fish each, (we also shared fried Shrimp starter which was incredible and I wish I had rather ordered it for main course.)

Craw-fish is a Freshwater prawn-type-lobster-type thingy with pincers. or claws. 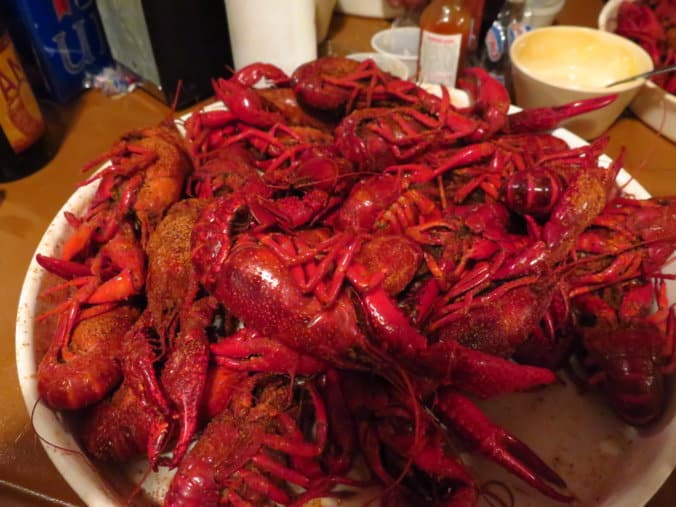 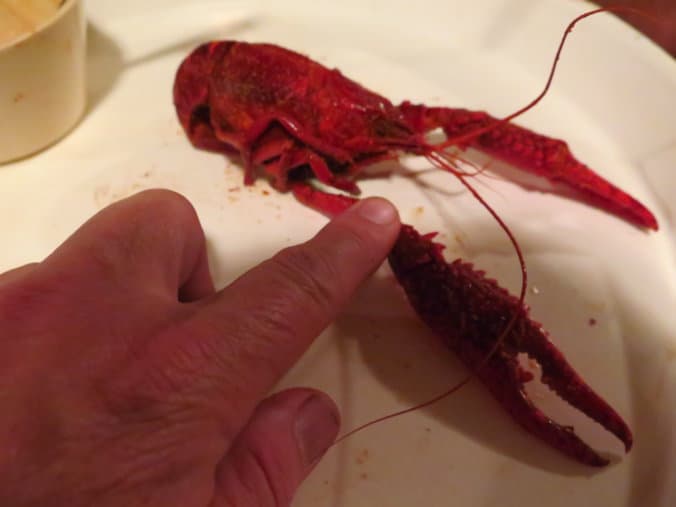 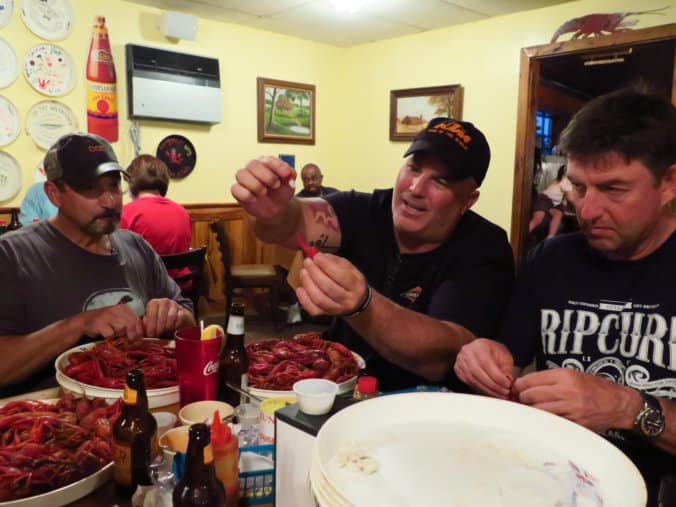 Dog gave us a Lecture how to maneuver the meat out of the claw, which involved a lot of wiggling and pulling, but in 50% of my attempts I could not get the meat to come out of the claw when pulling the pincher. My lips are in a very bad-state after my diving trip just before this bike trip (from the sun) and I have three blisters  on my lips which burnt like hell from the chilly powder they shake onto the dish before serving it.

This morning Dog woke us all up at 6h45 with a Sausage & Egg Mc Muffin which he went to buy as our hotel did not have a restaurant, it actually only had a vending machine and an ice-machine in the foyer, but it did have everything one would need, (WI-fi, noisy air-con and suspicious sheets, I hope they were the disposable type as it was not linen and was rather sticky.)  Our Motel : 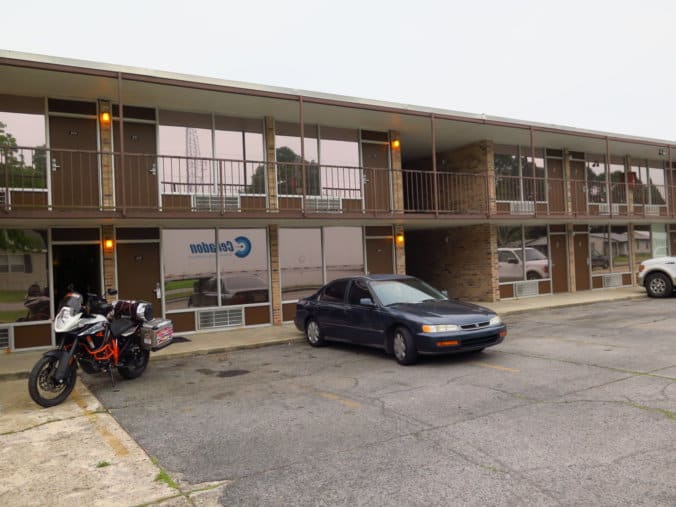 We arrived at New Orleans after crossing over the Mississippi River, it is just under a kilometer wide at this point and has very large ships that sails on it.

We first went to the Civil War Museum 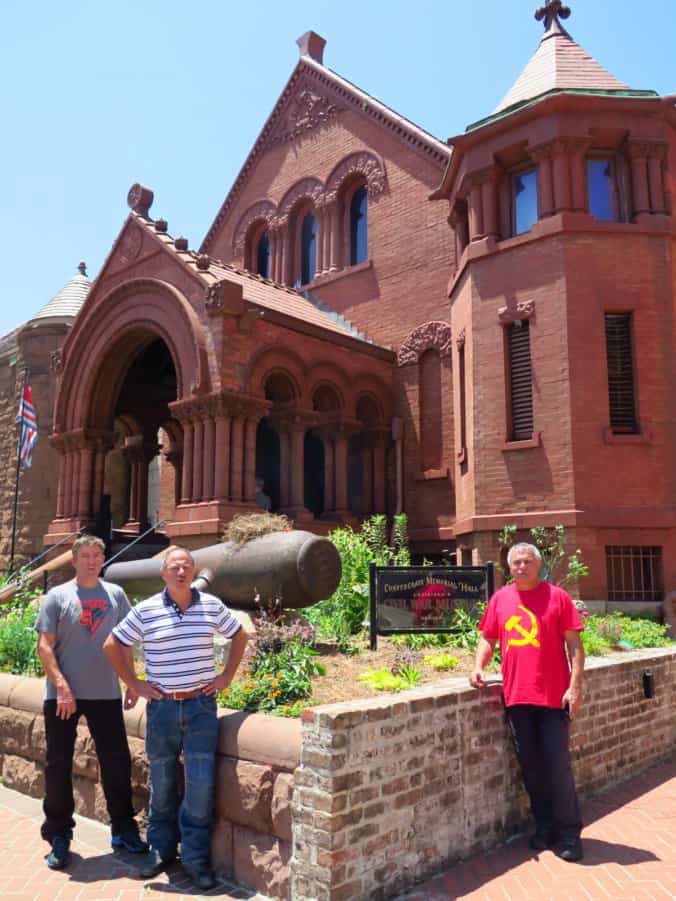 As we travel through different countries we make an effort to get to know the people, their food, culture and see how they live, but part of this process involves getting to know their history, and in the South of America it gets a little complicated, I see many parallels with South Africa and when speaking to people I realize they have the same issues we deal with back home and  that it is complex and very difficult to deal with issues from the past so many years later. Short History Summary : When Europe Colonized this Southern part of America (British and Spanish,) they used it for the growing of Cotton for the clothing industry and for growing cane-sugar. They needed laborers to grow the crops and this was how the Slave Trade started. In 1775 there was the 1st big war when the people wanted independence from England which they got, but then in 1861 the Norther Parts of America wanted to impose several tariffs and taxes onto the South, but they also wanted to abolish slavery, and depending on who you speak to, some people say it was just the establishment of slavery that caused the split, others say the tar riffs and taxes were the main reason, but this eventually escalated into the Civil War, the North fighting the South, over 750 000 people died, some who were friends who went to the same military school suddenly found themselves on different sides of a war depending on where you lived. The North won and America stayed one country and the South did not win their independence.  But I  will have to read-up about the Civil War after this trip as my perceptions might be wrong.

Today is Rocky’s Birthday, so we rode to Bourbon Street in the French Quarter and went for lunch and a few beers at Hurricanes. 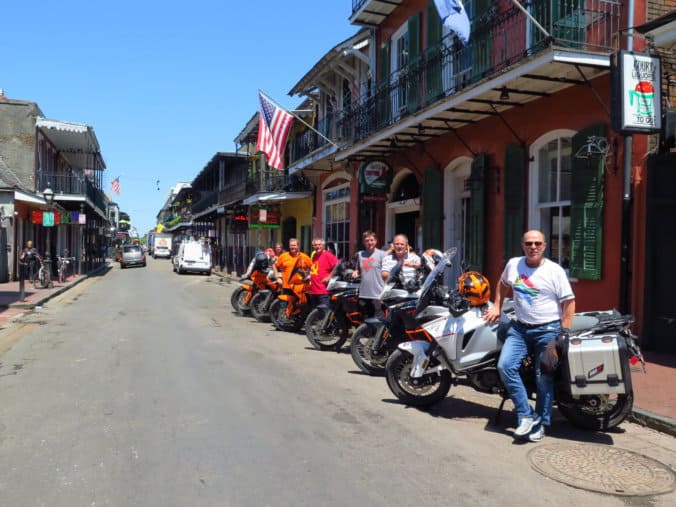 There are just streets of bars, restaurants and the night-life is legendary, this is also the home of the annual Mardi Gras. 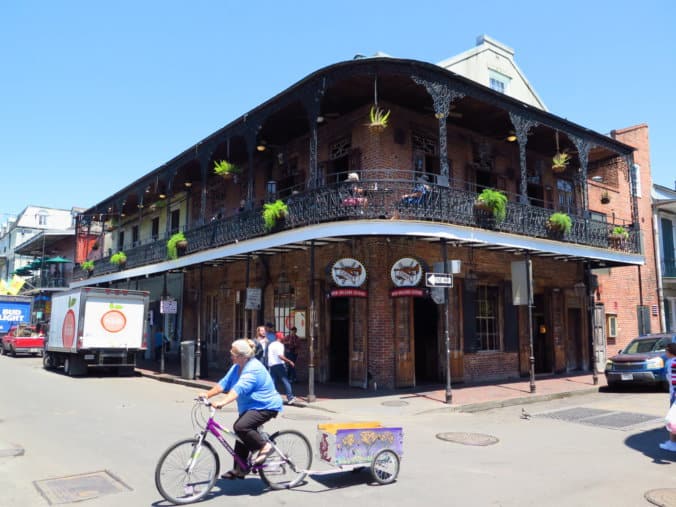 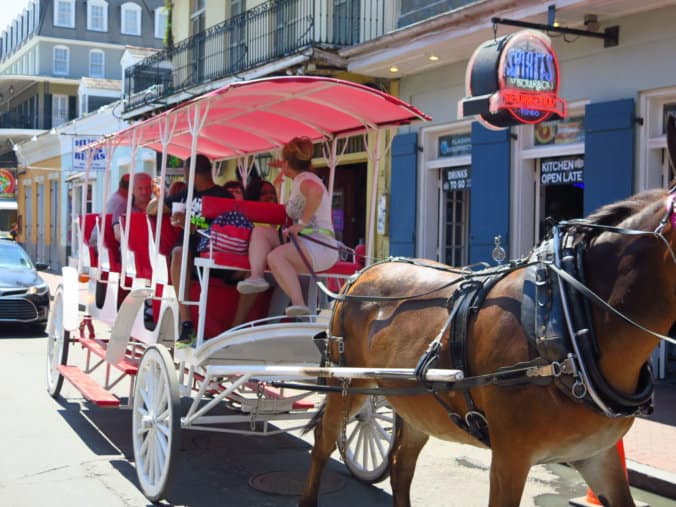 Plenty of interesting people, (and this is in the day time, can you imagine what comes out after dark?) 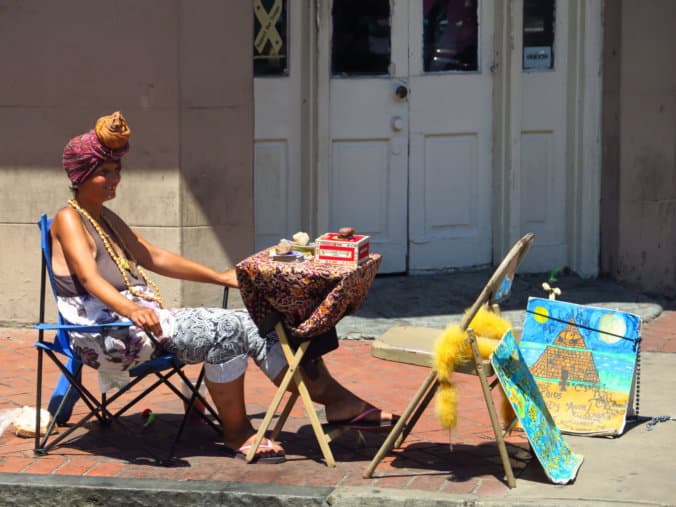 Two of Dog’s Harley Buddies have joined us, tomorrow we will be 9 bikes who will ride to the Annual Mullet Tossing Competition (yes, the fish called Mullet, not the hairstyle,) and you throw a fish from the State of Louisiana into the State of Alabama, but more of that tomorrow. 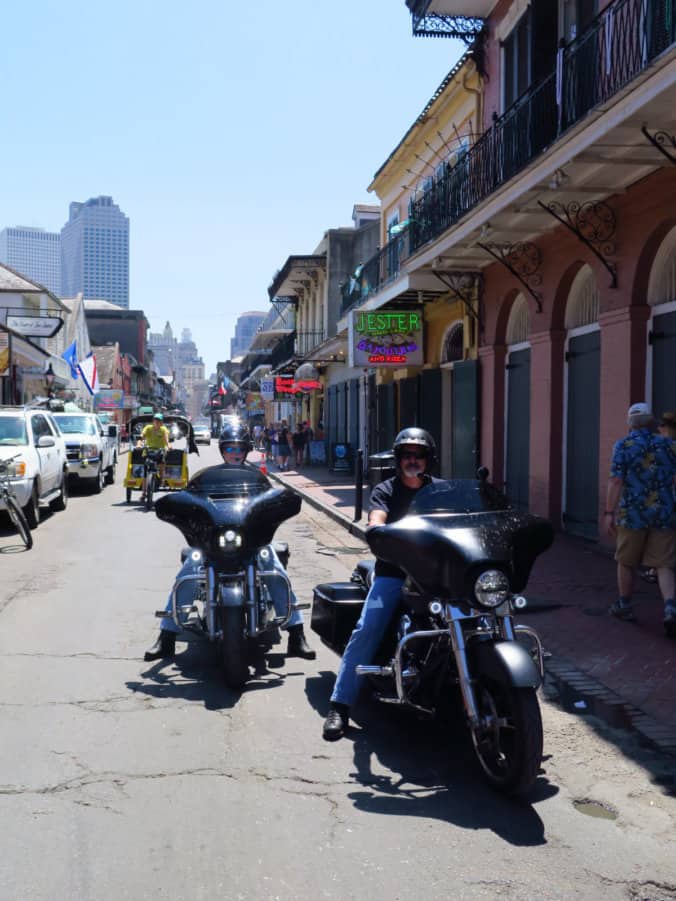 Tonight we will go out for dinner and Amey (Tex’s Girlfriend who stays in New Orleans and where we are going to be sleeping tonight) and Estie, (Peens’s Girlfriend who is going to be cycling around Cuba, on a bicycle ) will be joining us, thereafter the plan is to go to listen to some proper Southern Blues, or Blue-Grass Music.