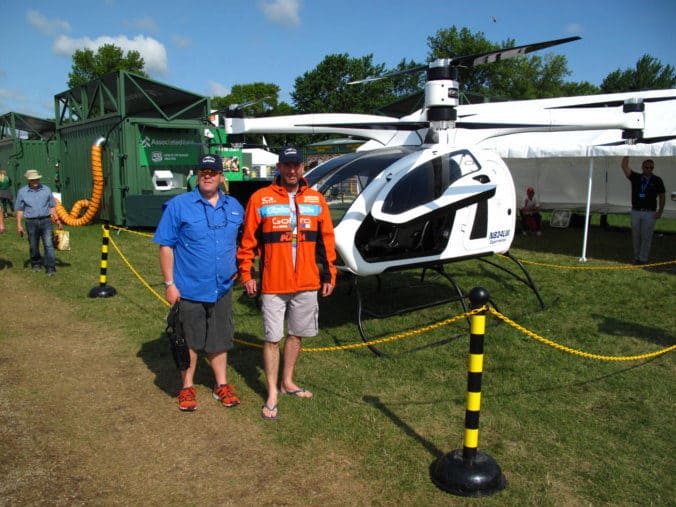 We were not the only members of our KTM Tour of the World that were camping last night, the Texans found themselves some tents as well. 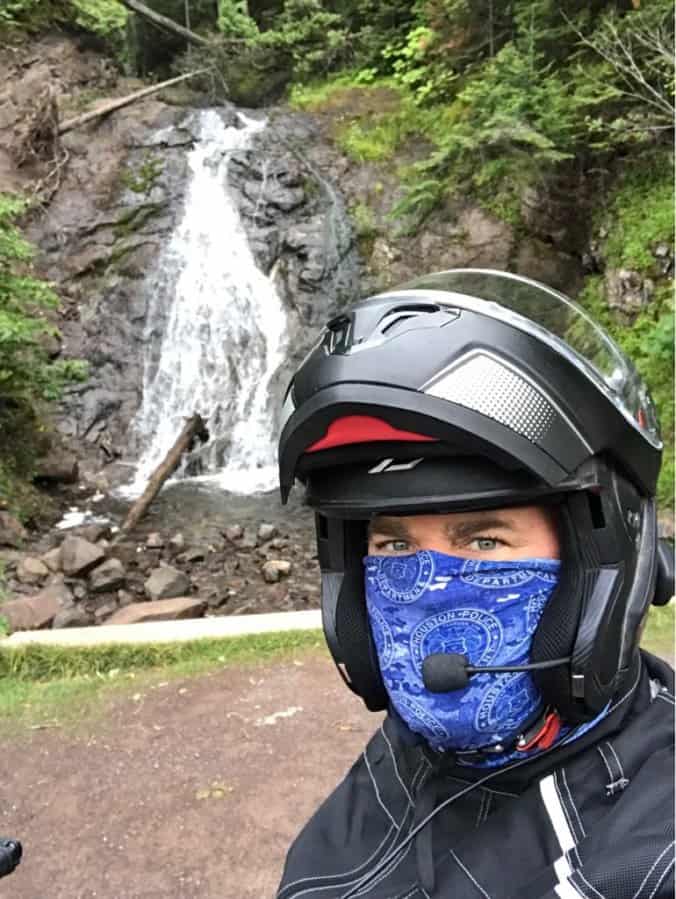 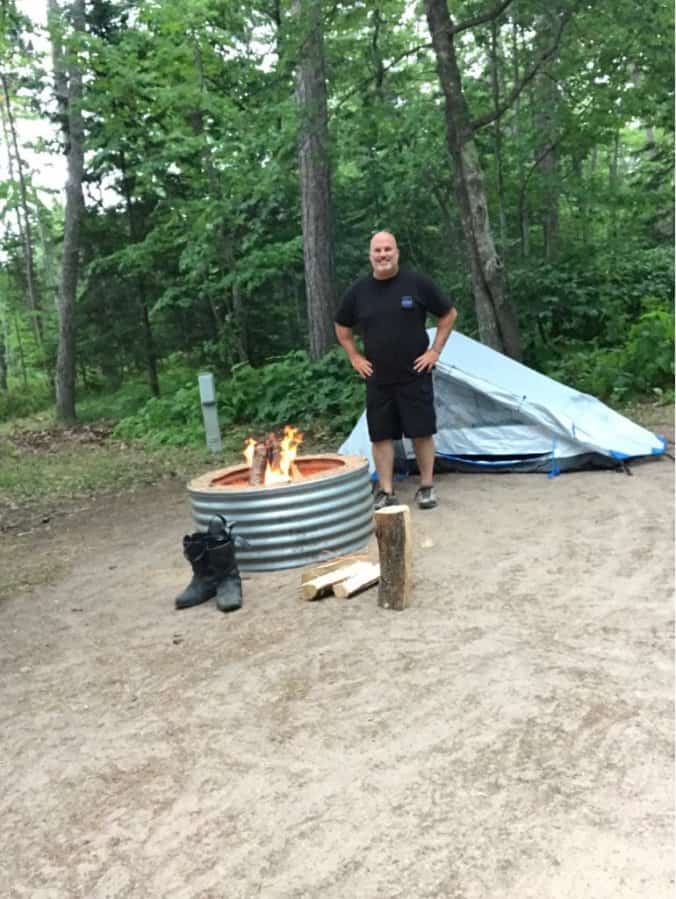 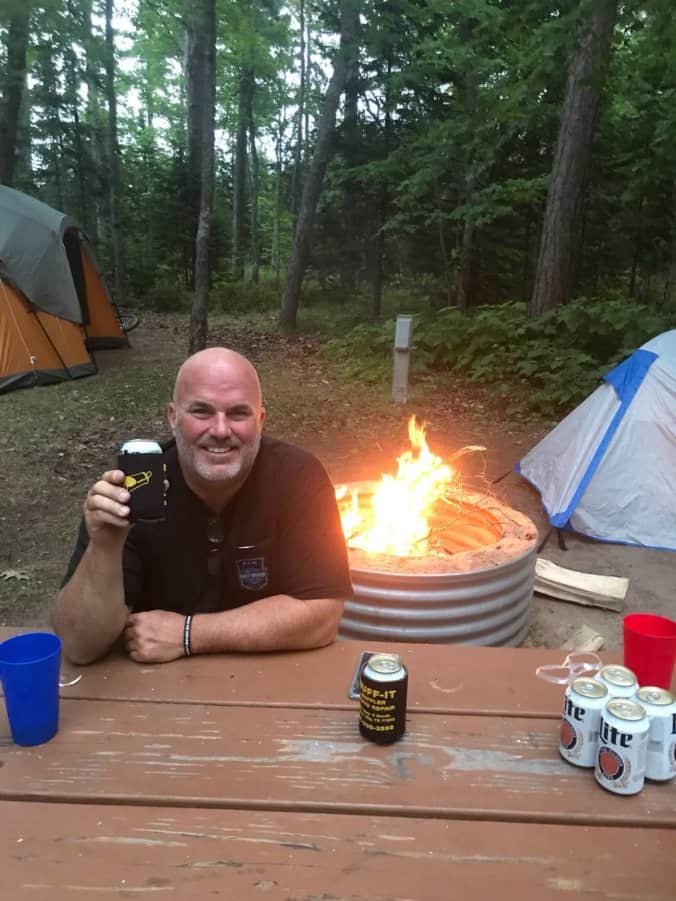 Last night was a Night Air Show and I actually needed my big camera and lens to have captured and decent photo of it, but is basically Fire Works strapped onto the wings of the plane and the plane is also covered in Lights and Strip-LED-Lights that flickers different colours, SPECTACULAR !!! 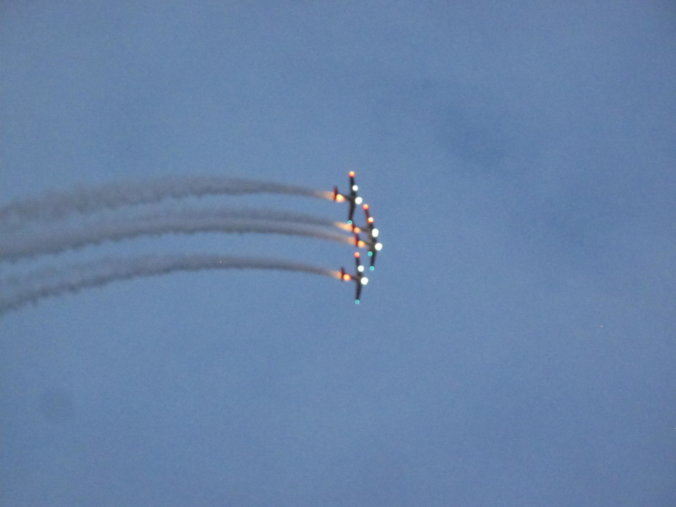 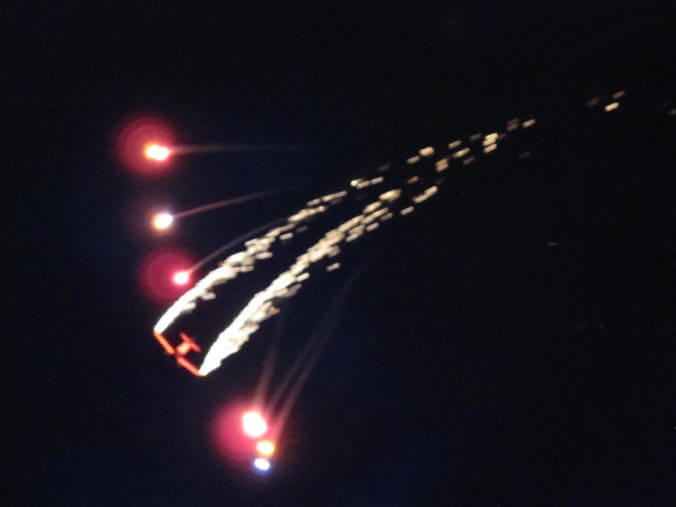 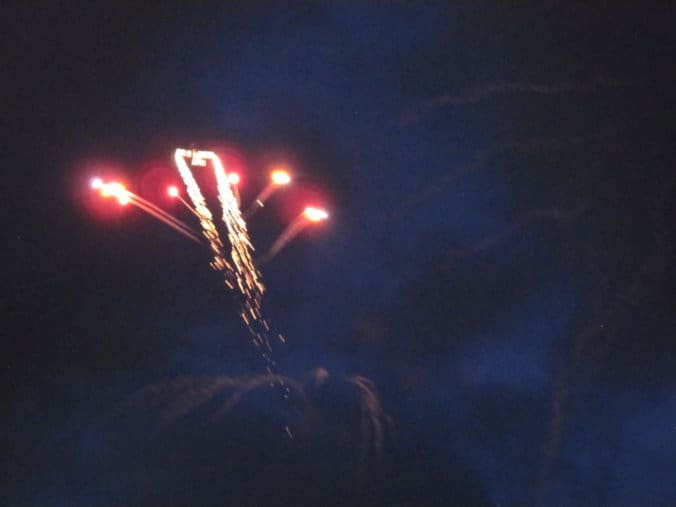 There were also some mad guys who jumped from a plane and parachuted down with fireworks on their feet, but the hi-light was the Drone Show where about 100 drones fly in formation with a light show as they change the colour according to the music’s beat. Here are some more bad photos of the drones. 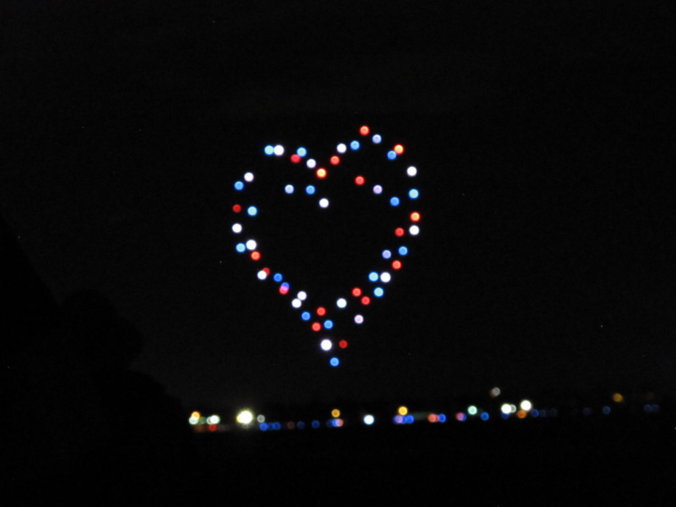 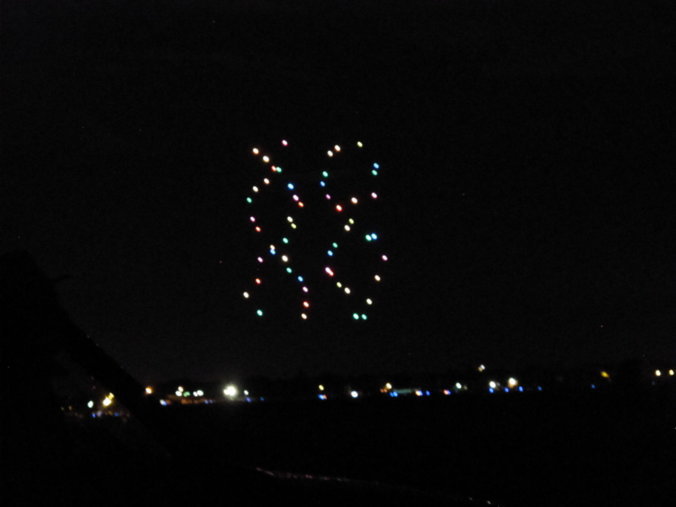 Last night it there was a festive Braai at Camp RSA: 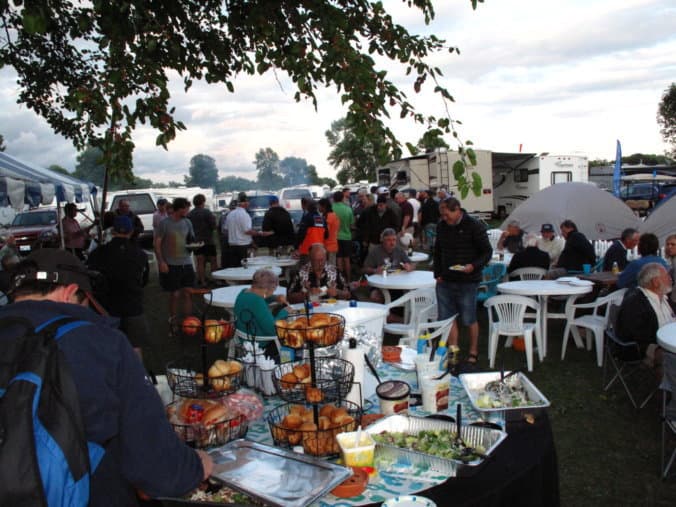 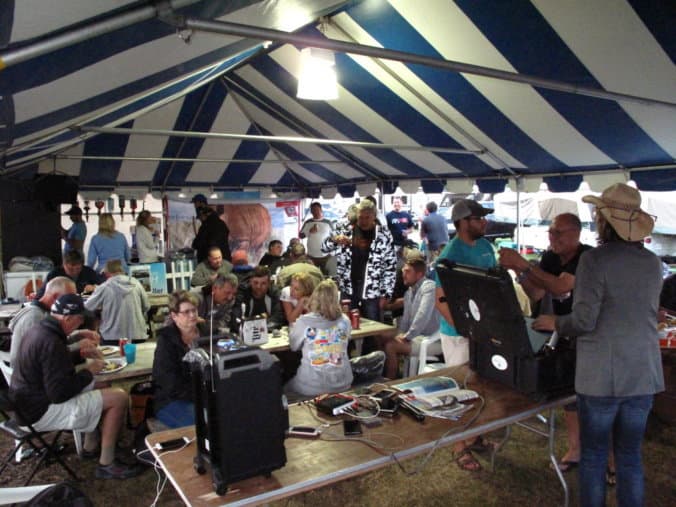 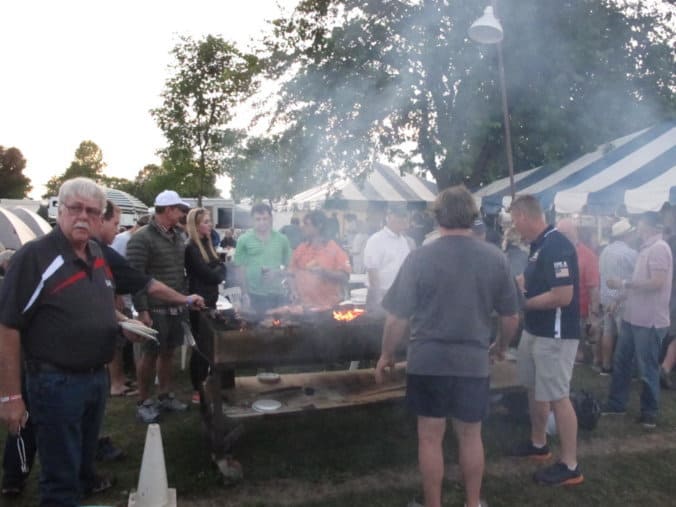 There are Charging Stations set-up for the charging of cameras and cell phones and there is also very good Wi-Fi. 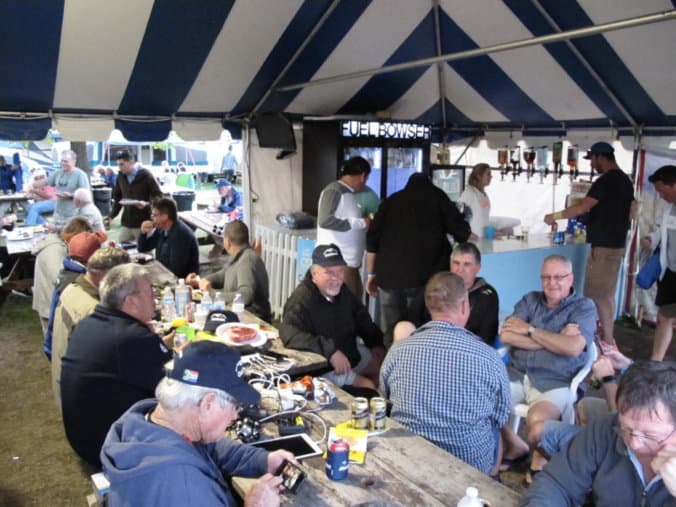 But I know that there will be some poor Wi-Fi days ahead, so I went to Wallmart to buy what we call back home a Mobile Wi-Fi Modem, here it is called a Hot Spot, and I also got plenty of Data and Sim Card, but the Sales Associate (yes that is what a salesman is called here, just as a waiter or waitress back home is here called a Server,) did not register the Sim Card, neither did he register me and open an account for me, so when I tried to “start-up” the Model late yesterday it of course did not work, and I thought I was just too stupid, but eventually I decided to jump on the bike and go back to Wallmart, and that was where the drama started as Suzzy my GPS did not know all the roads were closed for the air-show and all the roads from the city’s side were for coming into the Airshow, so a few illegal turns and a few State Troopers later I got to town and of course after 1 hour I was still nowhere, so then I rode to the supplier Verizon’s store and pleaded with them to help, and very soon Trevor had me up and running, accounts opened and passwords set-up. He then told me that the word on the street is that there is a very big surprise that was going to happen today, never been done at Oshkosh before, but it was a secret. This morning at 6h00 there was what sounded like 10 Harverts that flew over the camp-site, very low, probably even waking the dead, I hope that was not the surprise as it was not very pleasant.

Today myself, Pie and Milsy walked to the left of the Air Control Tower as Pie wanted to go and learn how to do Aliminium Welding, we arrived at the Millers Welding Exhibition, where I was pleasantly surprised to find the instructors were all young woman who are Master Welders, soon they had given Pie some instructions and he was welding away, (very advanced welding equipment as it uses Blue-Tooth to connect between the foot-pedal and the welder, it control the Amps I am told.) 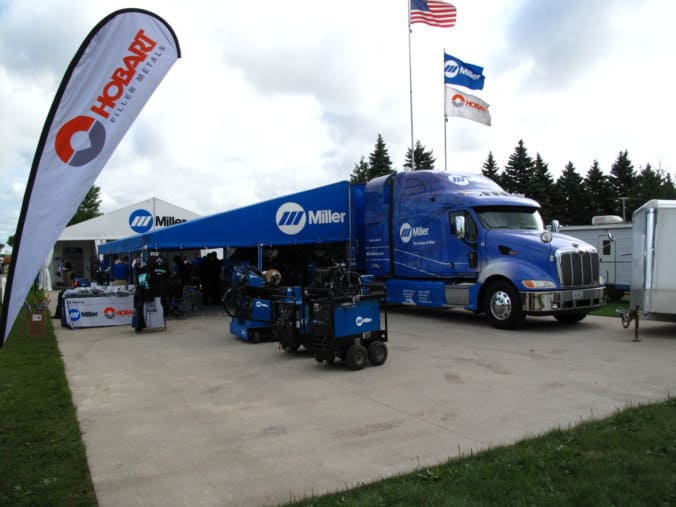 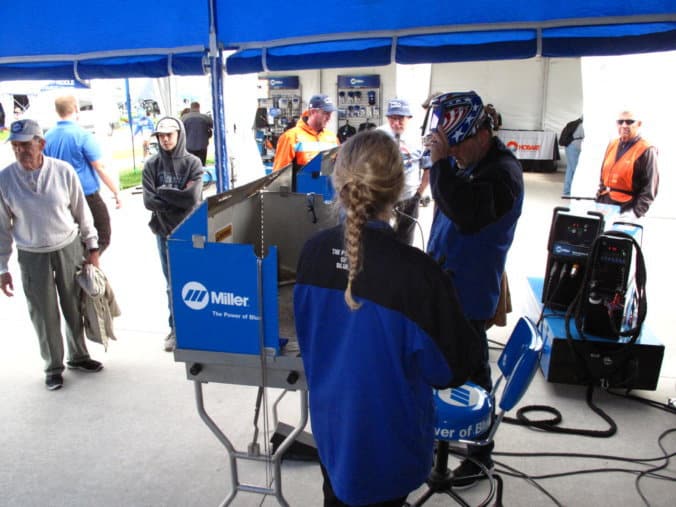 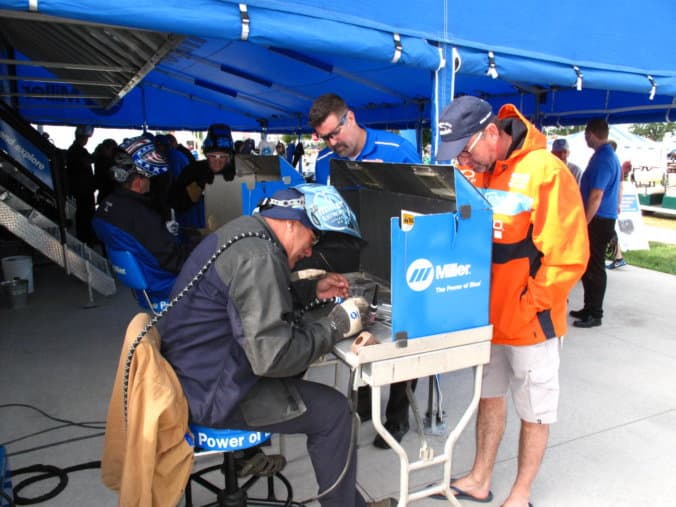 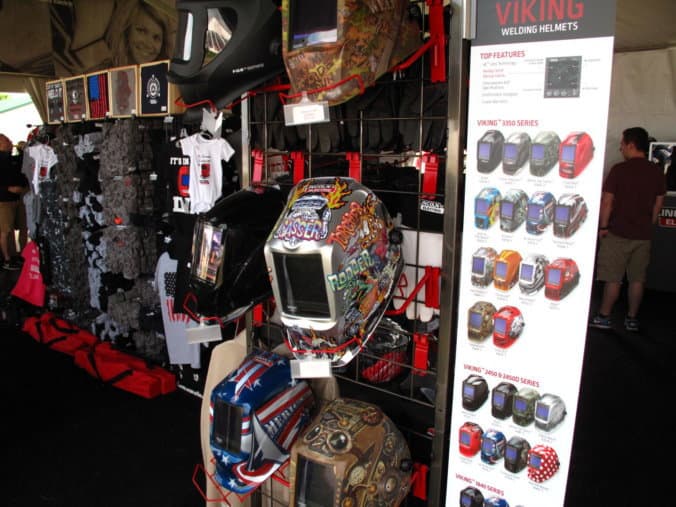 And then I stumbled onto the biggest surprise, for miles and miles next to the main Run-Way are the people who flew into the air-show in their own planes and just camp under their wing for the time here. Thousands of them !!!!! All grouped together into the same type of planes, so all the 210’s park together and all the Beechcraft are together etc. 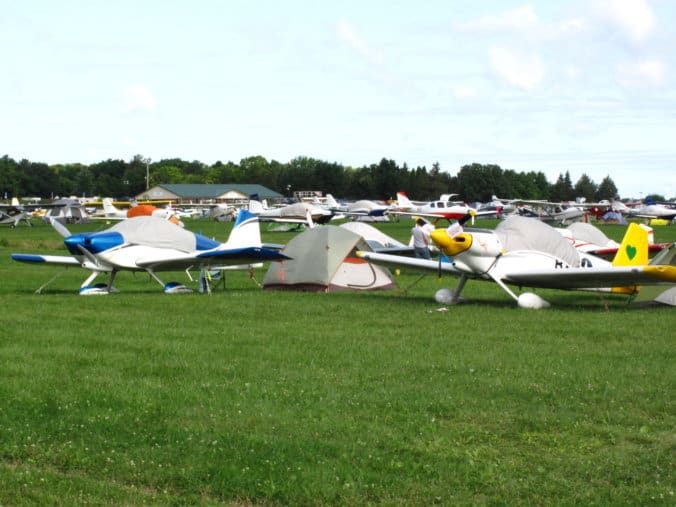 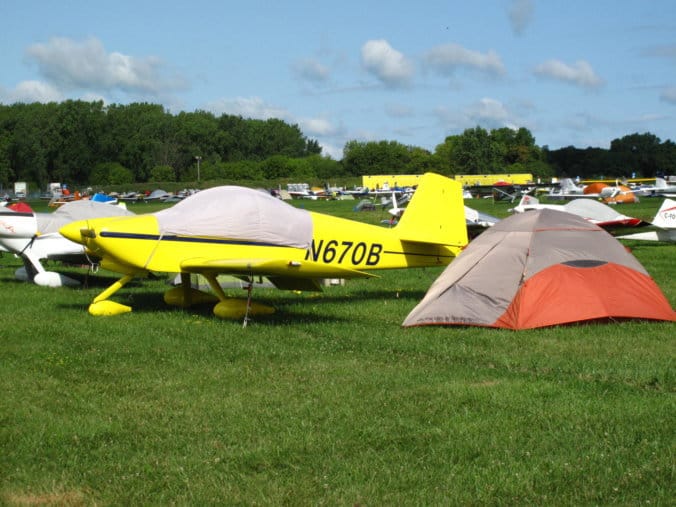 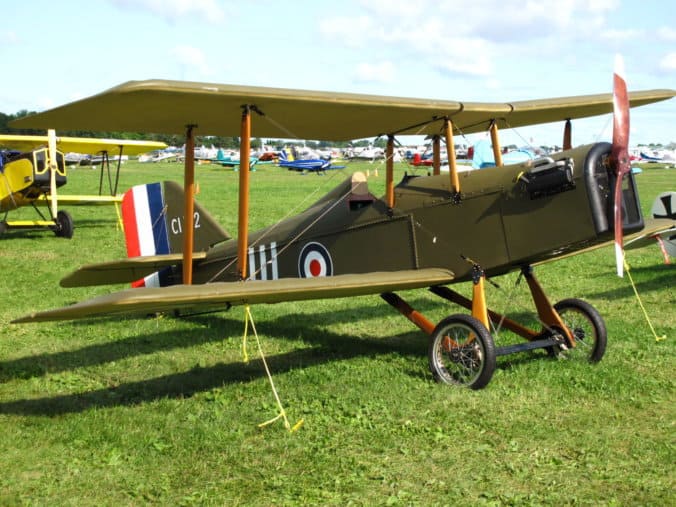 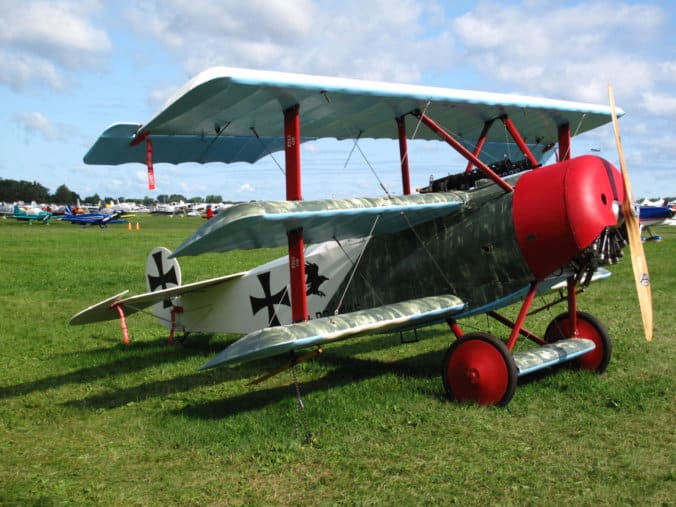 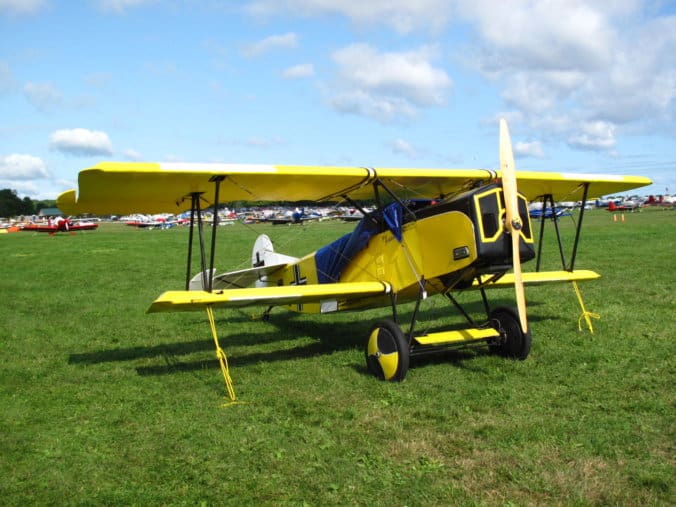 Then we went to look at the Lecture Rooms, there are 12 of them and every hour there is a different presentation is each of them. The lectures ranges from very Technical stuff like Heat Cycles and Exhaust Gas Fow to just guys telling their story of the Crash they survived, or discussing the new technology with regards to Diesel planes or Digital advances made regarding different things. 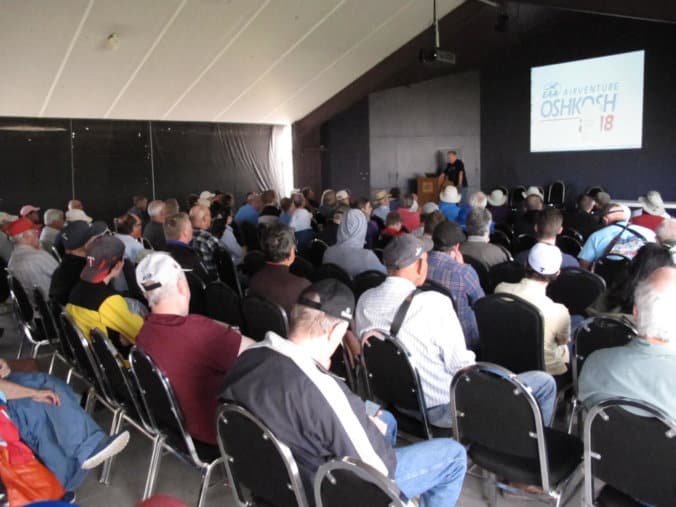 Look at the size of this Drone below. 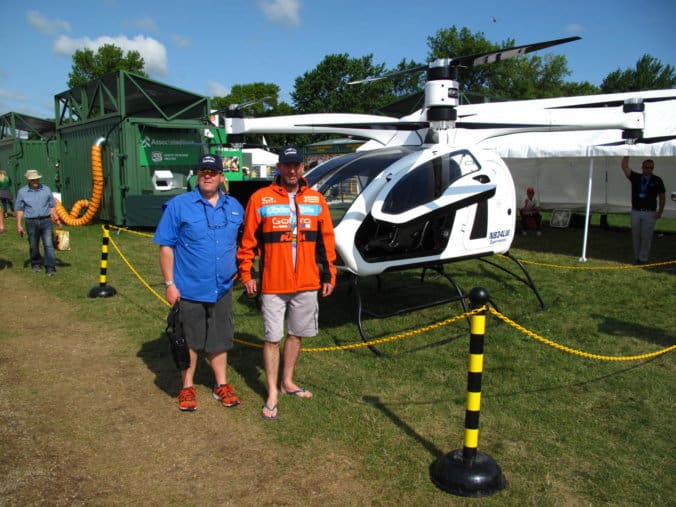 Tex and Dog are heading in our direction and tomorrow the group will be re-united. 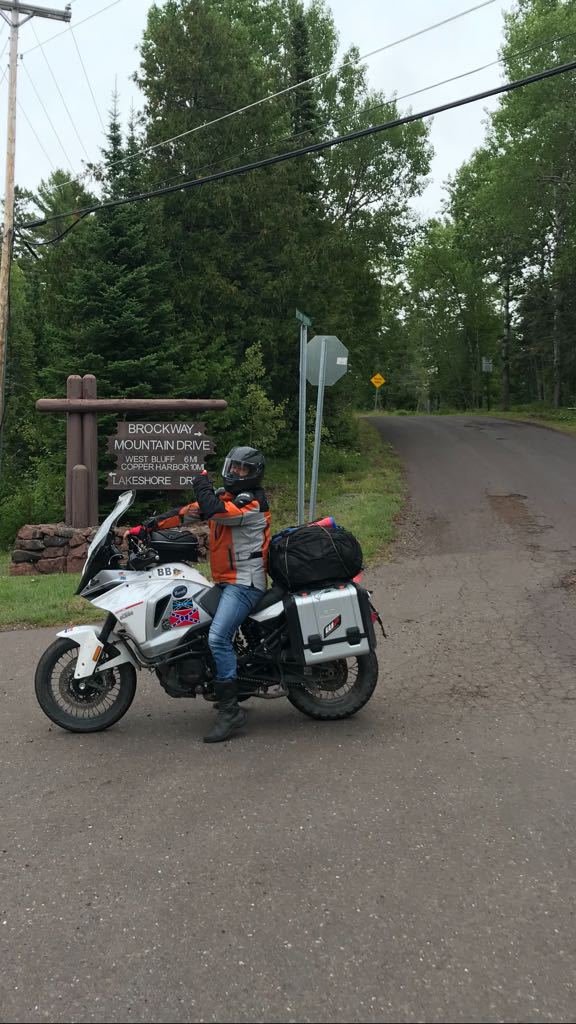