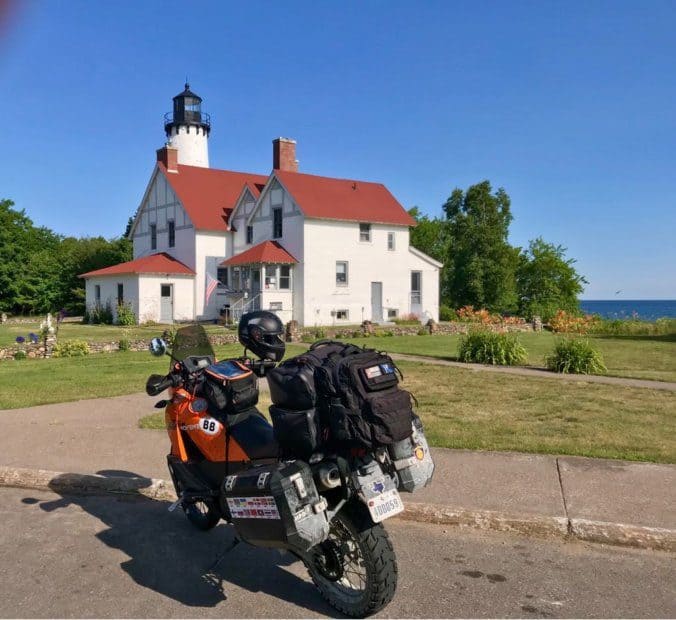 The 2 Texans stayed at the same Motel we did the night before, there they met a family from Mozambique, our Norther neighbour of South Africa. Tex took the kids for rides and Dog scared them. 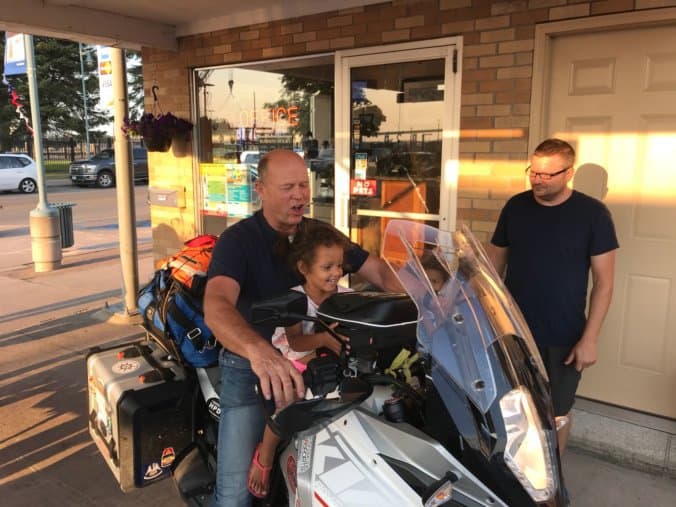 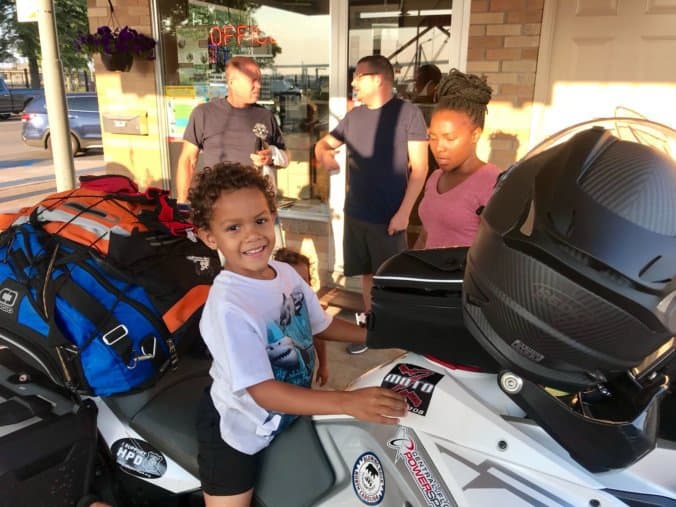 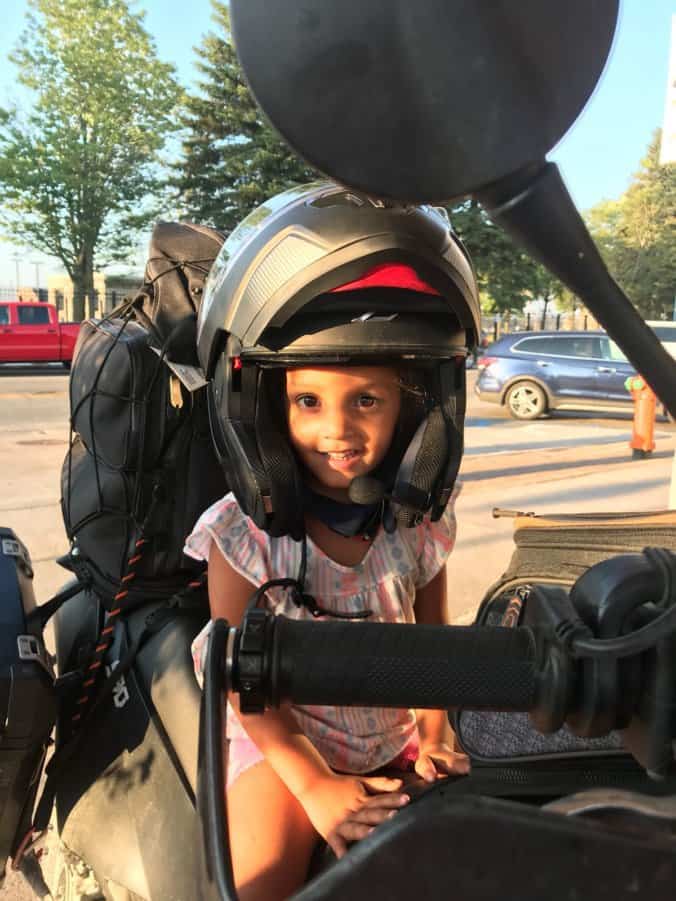 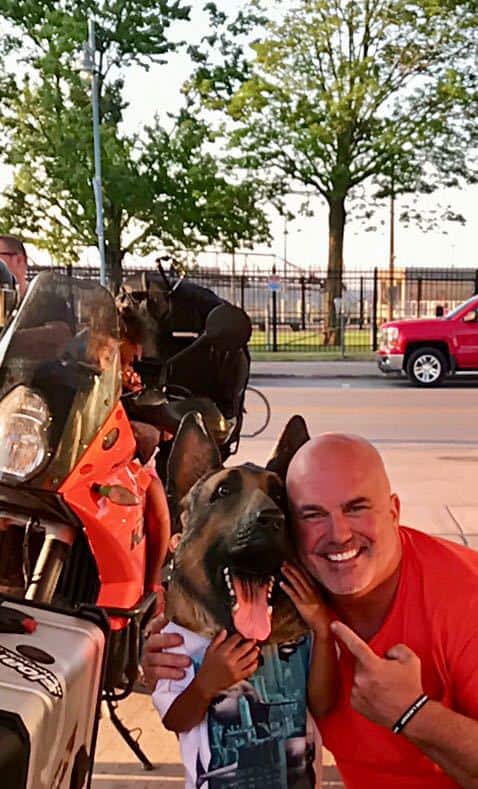 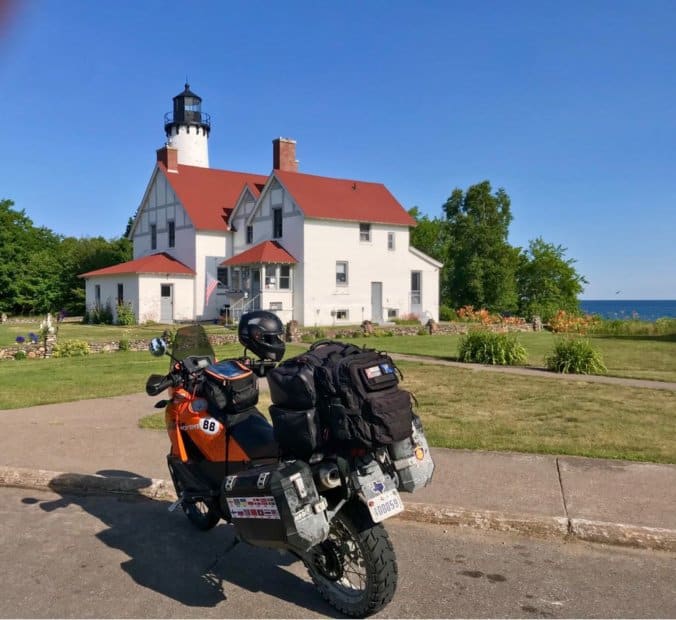 No news from Pie and Milsy, just a few photos to show they are still alive and heading to Oshkosh. 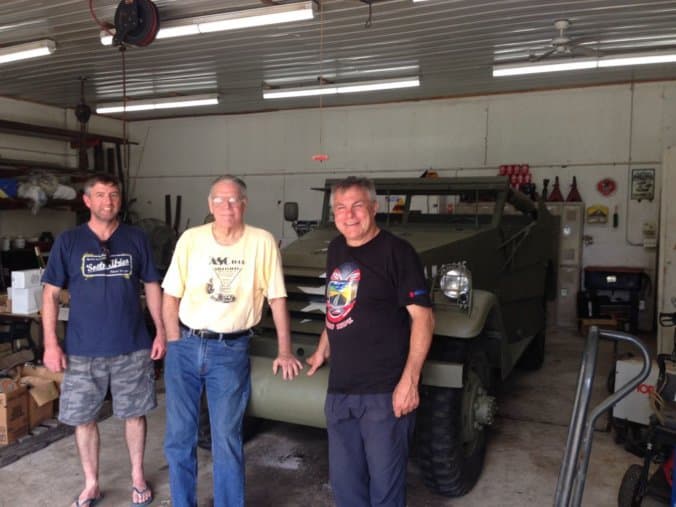 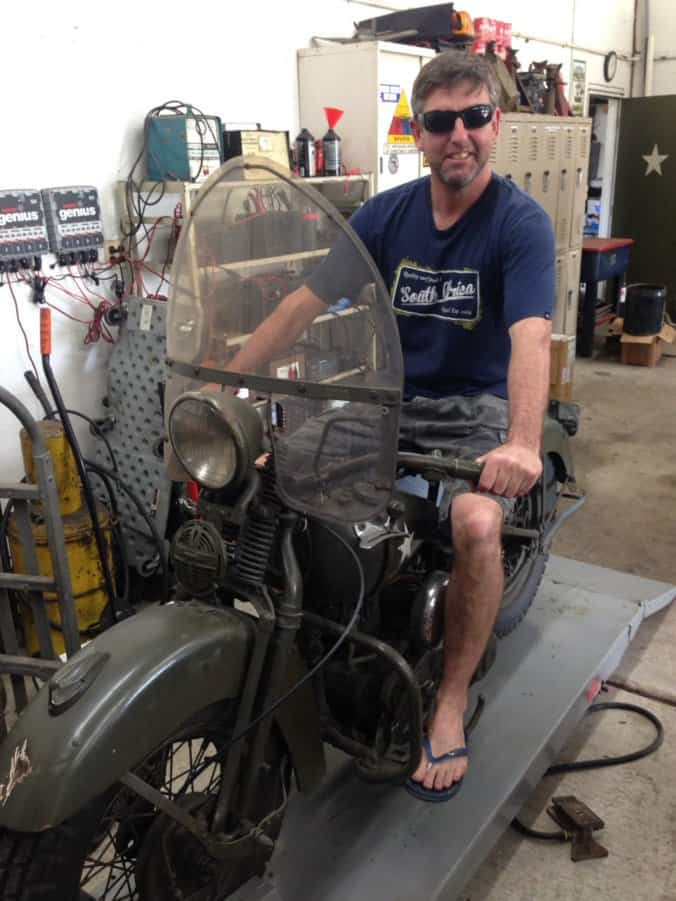 Yesterday we stopped at the Local Harley Dealership to see if Peens can get some maps for his GPS (as he once again brought the wrong countries Data-Card, this time he brought the Afica Maps to the USA, once he took the Bulgarian maps to Turkey.) They did not have the maps but they did give us some good advice to go and have dinner at Hagenseisters on the river. When we got there we just missed the local Yoga Class working  out on the Boardwalk. It is a real festive place with the health-fanatics stopping off for a beer after class with the people having Sun-Downers after a day at the office.

I was a bit worried when we got back to the Motel last night and saw some of the other Motel Guests sitting on the parking-lot, it looked like they might have been at work, so I prepared myself for a noisy night’s rest and just in case, removed everything from my bike, the last thing I would want to be stolen is my Rain-suit or my Puncture Repair Kit, but either I was just too tired and starting to get over my Jet-lag, or the “party” moved somewhere else.

Today we rode a circle-loop on “the thumb” of Wisconsin, (the state we are currently in,) as Wisconsin is shaped like a Mitten (glove without seperate fingers) and we rode its thumb today, passing through small villages, each proudly informing the visitor exactly how many residents it has, for example, Fish Creek has 201 residents and Egg Harbour has 218, yes, they dont say 220 and hope they get two new people moving to their village, its 218. This is Holiday season and this entire Door County is like Clarens or Dullstroom as you ride with the lake on the one side and forrests on the other side past little villages and harbours, coves and jetties past Potters, Artists, Sweet-Shops, Galleries, Coffee Shops and Gift Shops, one resort after the other, and throw in some Holiday related things and a few boat guys and slipways and that was pretty much what we saw all day.

The resident who stay accross the road from the lake each has a little Sun-set spot set-up next to their Jetty where they simply hoist their boat out of the water, leaving everything inside it (no Crime.) 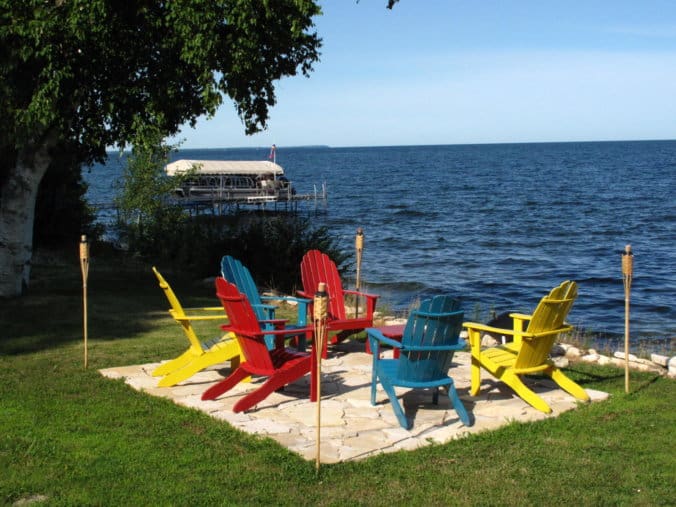 We past several little harbours, notice the fishing boats have proper deep-sea fishing gear on as the freshwater fish they catch are also Game Fish which takes the Lures when the boat trawls past it. The fish they catch are White-fish, Trout and Salmon. 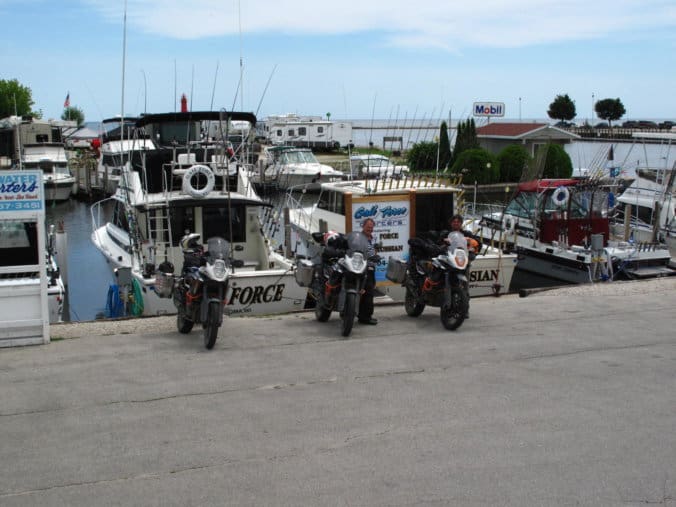 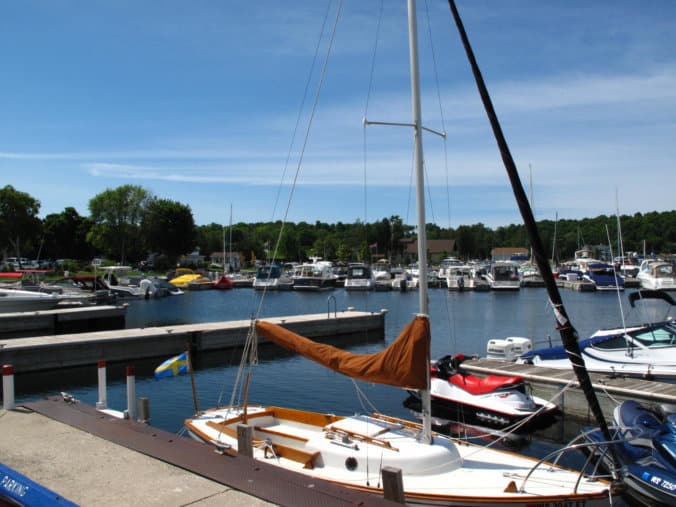 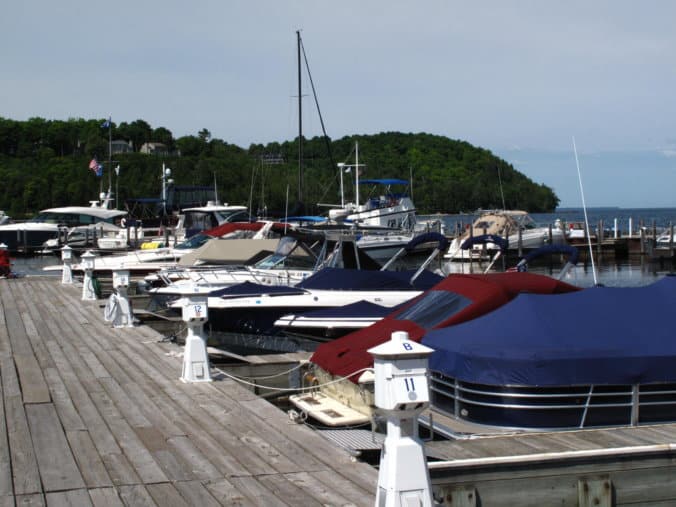 Any regrets about the day, yes, we did not see a “Fish Boil” which only happens at some restaurants over the weekend, but what it is : They take White Fish which is very fatty, then they put it in a “Kettle” (type of pot for cooking fish) and submerge the fish in salt water. Then they make a big fire and put a pot of potatoes on it to start cooking, as soon as the potatoes are almost ready they dip the kettle into Pafafin (or kerosene) and then put it onto the fire where it burst into flames, then the oil from the fish also boils onto the fire and more flames engulf the kettle before fish cooks within minutes, a very spectacular show for the diners watching.

Tomorrow we have a short-hop to Oshkosh. I am not to excited but the two pilots I am with are. Actually saying “two” pilots is wrong as it is actually more like 1,5 pilots as the one has never fallen or crashed, the other has crash landed his Micro-Light twice (once into Lake Malawi) and he has also fell out of the ski with his Motorised Paraglider several times.