A photo of my Basotho Hut : 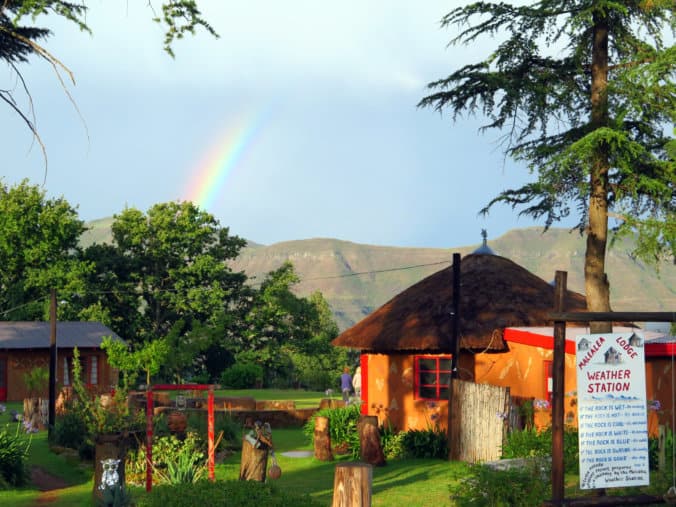 After a breakfast we went to the reception to collect the BMW’s battery which we charged over night from the Lodge’s bank of batteries (which gets charged by solar during the day, they are 100% off-grid and only start their generator when there was not enough sun to re-charge all their batteries during the day.

We did not have a lot of gravel to get to the main road and only one small pass before reaching the tar road. 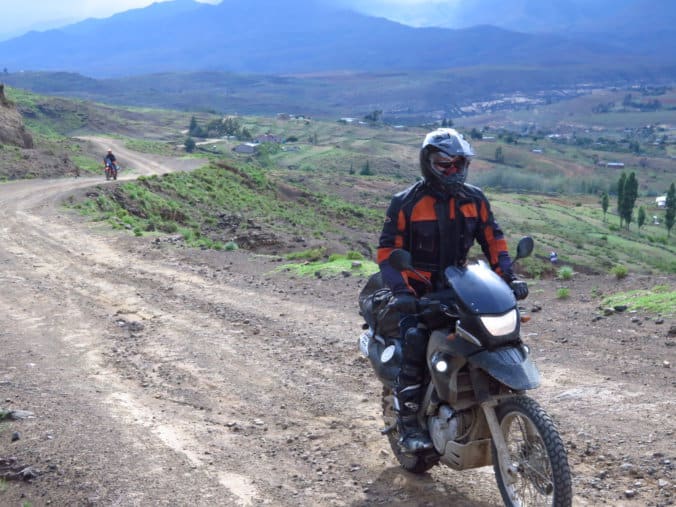 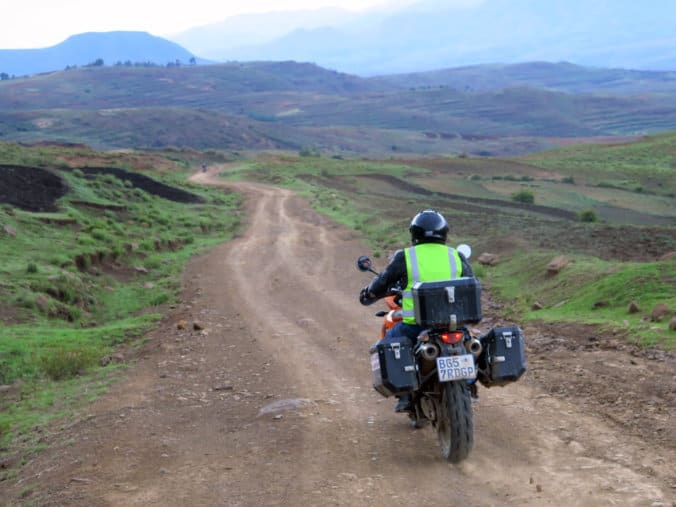 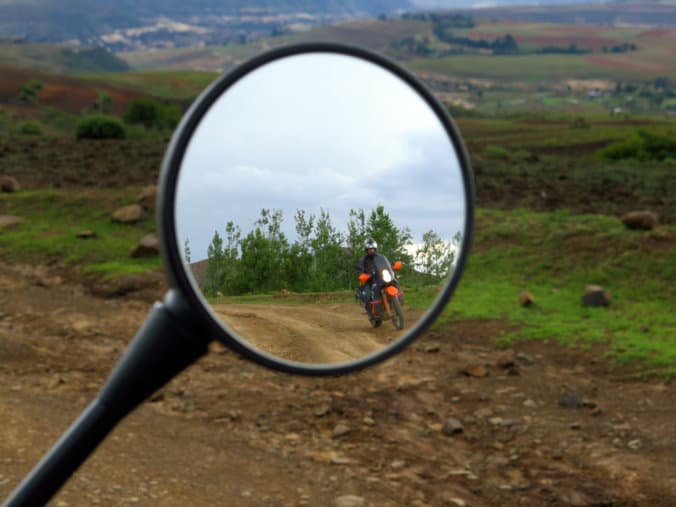 It took us 5 minutes to exit Lesotho but 55 Minutes to enter RSA, only two windows were open to deal with the crowd crossing the border. We stopped for lunch in Clarens and just as I though we have seen the last of old Murphy he struck again, 100km from home we stopped to say goodbye to each other only to find Rockies Clutch has stopped working and Peens now also had the same problem as Charles’s bike, the battery must have died as the revs also had to be kept above 4000 revs to ensure enough spark. We limped home.

Lesotho demands respect and must be one of the most challenging rides in Africa, the riding is very technical and the slightest loss of concentration can end in disaster as the road surface is constantly changing and taking the wrong “line”  can result in a fall as one is constantly on the edge between safe-riding and things going wrong, a very dangerous and fine line.

Now, with Lesotho behind us, we are setting our sights on the USA and Cuba trip scheduled for April next year. I must admit that I feel a little lost as I have been planning the past 11 trips and now I have to pass the baton over to Tex and Pie as they will bein charge of the planning and route for the USA, Cuba and Canada and I will only take over again for South America. What scares me most is that Tex’s slogan is :

“The plan is that there is no Plan”

We might be stuck in the USA longer than we hoped for, time will tell, and you will all be the 1st to hear about their organizing skills as I am bound to be vocal and critical, that is called “Pay-Back” as I had my hands full with them and they were a difficult crowd to please.