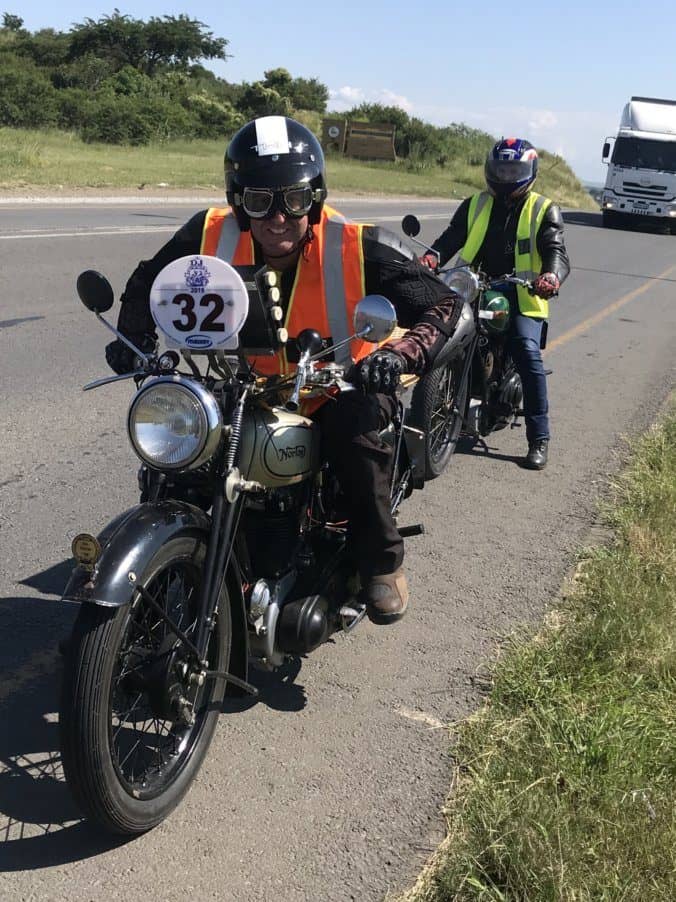 We are ready for the Alaskan Leg, our fights are booked and the bikes are currently being serviced and most bikes are getting a new set of rubber. Dog and Tex have once again done the Route Planning and the first day of riding is Monday the 16th of July. Originally we were not going to ride the bikes all the way back to Seattle after reaching our most Northern part of the route, which is actually at the top of Alaska at the Sea of Beaufort, at a town called Dead Horse (so at least we know what to expect there, not much,) but my cousin Rassie and his friends were going to fly in to Fairbanks and then ride all our bikes all the way back to Seattle, making our trip only 2 weeks long, (which is just the right length, any longer result in our wives losing their sense of humour and us men start getting irritated with the other guys jokes and time-keeping, they way they chew their food and how often some want to stop for ice-cream and then there is the issue with “Kronkel-” (curvy roads,) which some guys want to do for 12 hours a day and others only a few hours.)

But Rassie and his friends are no longer available so now we will have to ride the bikes back ourselves, making this Leg 3 weeks long

But it was not just “All Work And No Play” for us, Milsy turned 50 on the 10th of March and he had an “Op-Skop” (a proper party.) The Texans flew in for the party and we decided that it was a good idea if we make the most of their visit here. So we loaded our 990 KTM’s (which we had to ship back from Singapore after we realised that using them for the USA Legs was problematic,) plus borrowed a few KTM’s from family and friends and loaded them on a truck and sent them down to Capetown.

After party we flew down party we flew to Capetown where we did a few days tour of the Western Cape. We showed off the province, even riding into the Karoo for a drink at Ronnie’s Sex Shop, which was a normal shop in the middle of Nowhere and Nothing, not making money and about to close down until Ronnie’s friends painted an “X” on his sign, so Ronnie Shop (Afrikaans for Ronnie’s Shop) became Ronnie Sex Shop. We did a few Wine Tastings and ate fresh fish and just enjoyed riding the bikes looking at the stunning scenery.

Then we flew to Durban where the DJ Rally would start from the next day. As you know Pie is a collector of pre-WW2 Studebakers, but what you know about Pie is that he is also a collector of old Classic Motorbikes, pre 1937, and he had prepared one old bike for each of us to ride in the Annual Historic Rally which starts in Durban and ends in Johannesburg, but only motorbikes manufactured in 1936 or older may enter this timed Rally.

The DJ Rally used to be a proper Race on public roads from Durban to Johannesburg but then in 1936 it was banned, so it became a Time Trail for bikes up to 1936. Each contestant has at least 1 Stop-Watch and then a route-map is given to each with a time-breakdown and instructions as to what speed you should travel at and what route you should follow. But you have no Speedometer and that is where it becomes difficult, but the experienced guys has several other Stop-Watches and Sliding-Rulers with speeds and times and they calculate as they are riding along how fast they are going. Along the route are about 100 Virtual Timekeepers that through GPS and the Tracking Device in your pocket calculate how many seconds you arrive too soon or to late at that way-point and then the Logger captures the information which are downloaded once you reach the half way point (Ladysmith) and on the final day in Johannesburg, so the winner is the one with the least penalty points, meaning he\she rode past the Virtual Timekeeper as close as possible to the time time as determined by the exact time you set-off in the morning.

Dog’s Bike was a 1930 Ariel, here he is at Scrutineering where the officials check that the bike is roadworthy and comply with the Rules and Regulations. Peens is on the right with his 1933 OK Supreme.

The Rally was a two day event, snaking over the Drakensberg past the Nelson Mandela Capture Site, ( I also took Dog to the Mandela House where Madiba stayed after he came out of prison, and where he stayed when he died with many people waiting on the pavement outside for news of his health in those final days, the kids painting stones outside while waiting.)

When we got the results of the 1st day I was about 1000 points ahead of Milsy, the other about 1000 points behind him, so I was clearly the better competitor out of the 7 KTM Tour Of The World riders and during dinner made sure they all knew who was leading our group. The next day my Bike developed problems with its magneto resulting in me breaking down several times, losing time and points, no doubt my Zennith was sabotaged during the night at Ladysmith, but I limped along up to the lunch-stop on the Saturday before she finally died on me, resulting in many penalty points for not completing the final leg. Peens had a very poor 1st day because he also got a lot of Penalty Points when his Logger’s battery died in the afternoon (one has to charge one’s Logger at the lunch-stop.) But on day 2 Peens had a very good day as he eventually ended 2nd out of our group behind Milsy and ahead of Pie, (who should have done much better but he stopped a few times and helped other competitors who broke down.)

After the DJ Rally we gathered a few wives and kids and headed for Mozambique. Some jumped into the plane and the rest into a few 4×4’s and headed North.

Dog and I stopped off at Sodwana for a few dives, the conditions were not very good due to the Syclone a few days earlier, but I still managed to get s few good Shots.

There was some of us who even entrusted their lives in Peens’s hands and joined him for a day of Deep Sea Fishing.

We spent a few days having fun in the sun and partied between Ponta D’Oro and Ponta Malongane, as one do when visiting this relaxed ex-Portugese colony where seafood is in abundance.

Sadly the Texans had to go home after their 2 week long holiday here in South Africa.

I will be sending an up-date on our preperations closer to the day we start Leg 15.

Packing through the Chaos!!!