This morning after “Breakfast” (Tony did warn us it was a Chinese Breakfast and it consisted out of several dumplings filled with green grass and specs of something I suspect could have been chicken, tea, deep-fried dough without sugar on it or anything inside it and luckily some fried rice and boiled eggs,) we went to the local bank to change money for only three of us (another hour and countless papers to be filled in, Passports copied and the obligatory inspection of the Dollars being exchanged and then for some reason about 30% get declined by a machine for some or other reason,) and then it was off to the Cell Phone Shop to buy data sim cards. It went slightly quicker but lots of paperwork and hoops you have to jump through before finally getting a sim card.

Then Tony told us the Customs asked for an increased amount of money for the Customs deposit and we simply had to wait. This gave me time to have some of the desert washed out of my clothes and re-pack my pannier-bags. We all got to work a little and catch-up with our families and clear our in-boxes.

At 16H00 we were summonsed to the Border, we were taken there in the taxi but once again we were behind about 50 Old Russian Jeeps one their way back to Mongolia with cargo. Tony told us that as long as the cargo\supplies were taken  cross the border in small vehicles they did not have to pay Import Duty, as a result these Jeeps are used for Cross Border transport, duty free. They remove the front and back seat and then load it to the roof. See the one photo where they strapped the cargo to the back Axle and another where they strap it to the front bonnet.

We were in line trying to enter and no cameras were allowed, so I sneaked some photos through the open window as the Jeeps drove back to Mongolia loaded to the max with goods. Here we are still waiting in the custom yard to get our papers. This time was used well and Pie did an inspection of each bike looking at the chain tension, oil level, shock settings, brake pads and several issues we all had to make note of for spares needed by the next trip. 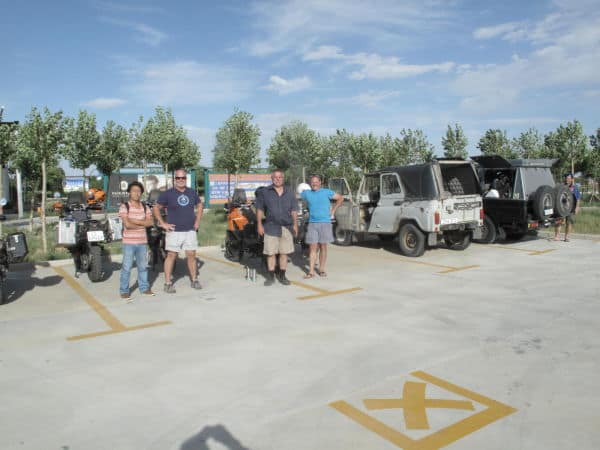 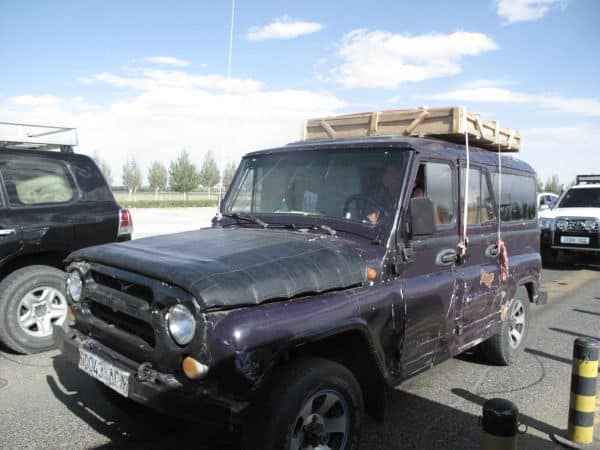 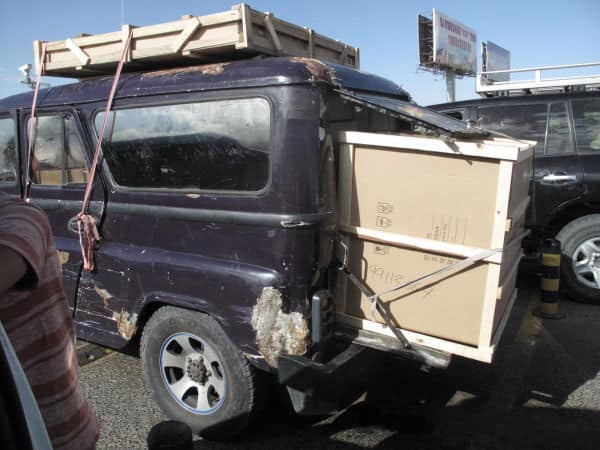 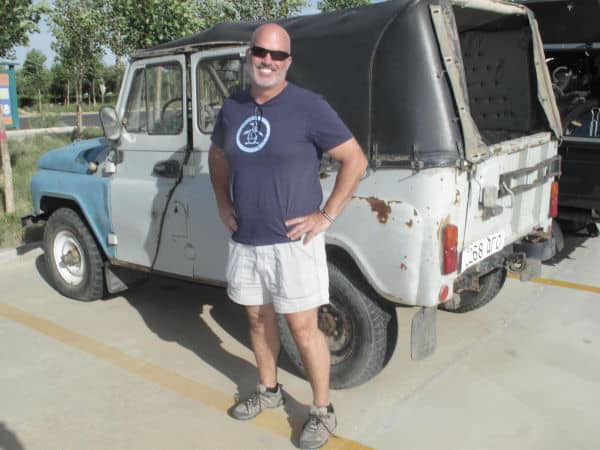 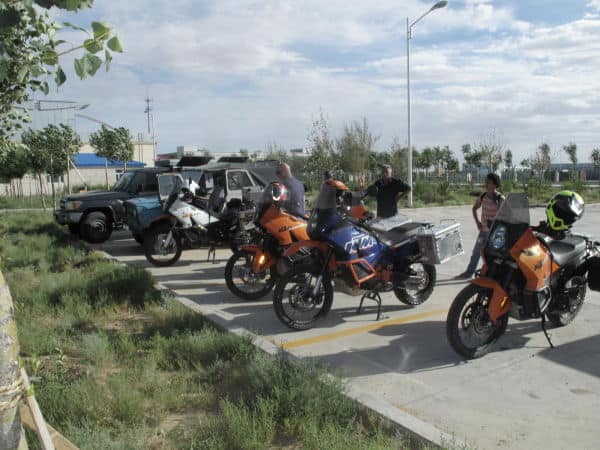 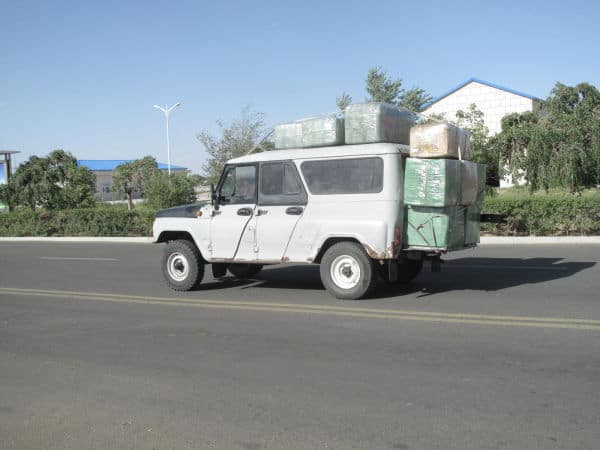 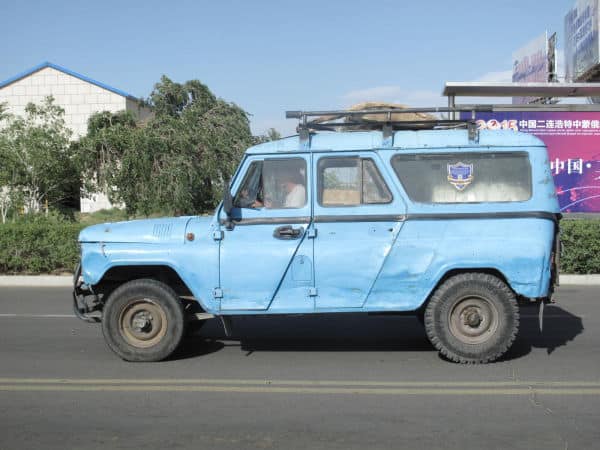 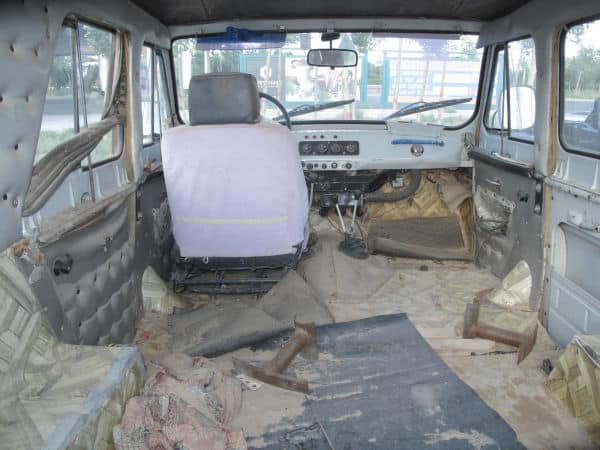 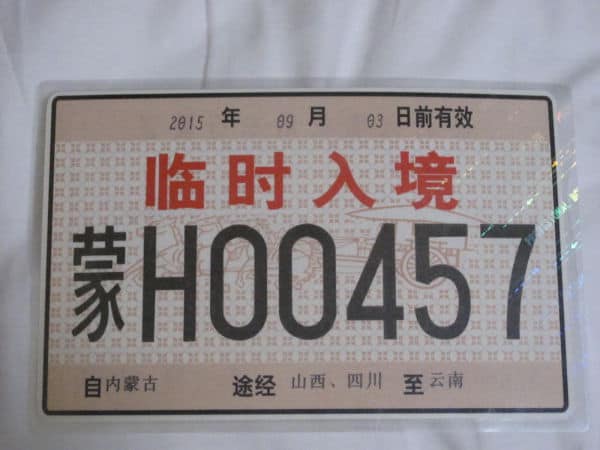 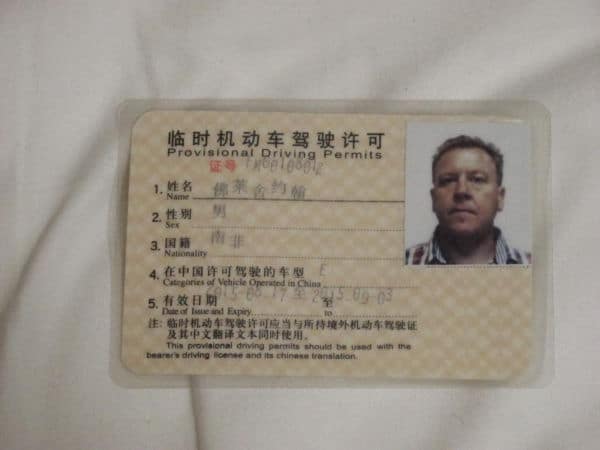 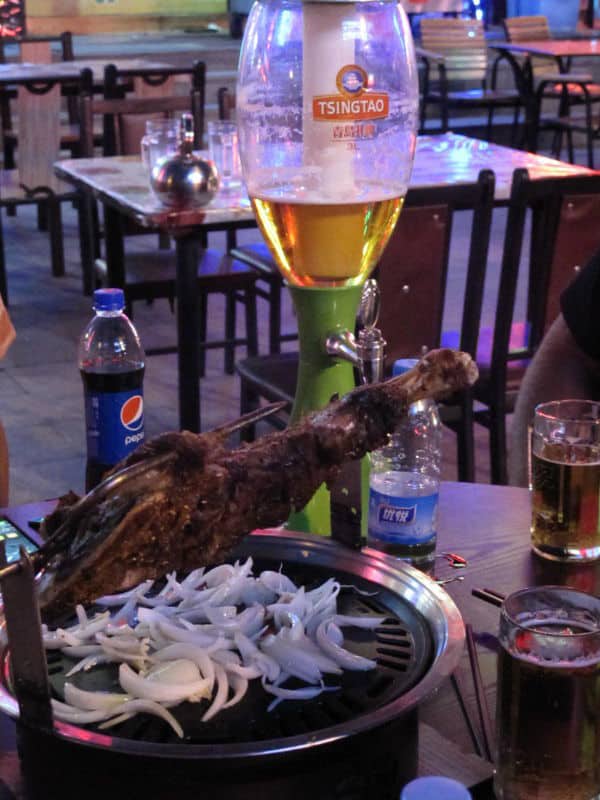 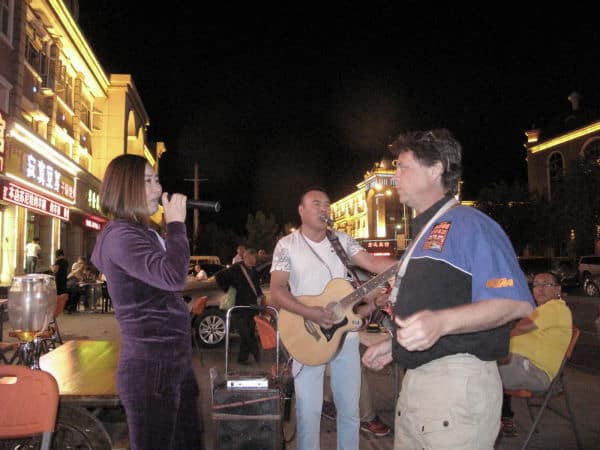 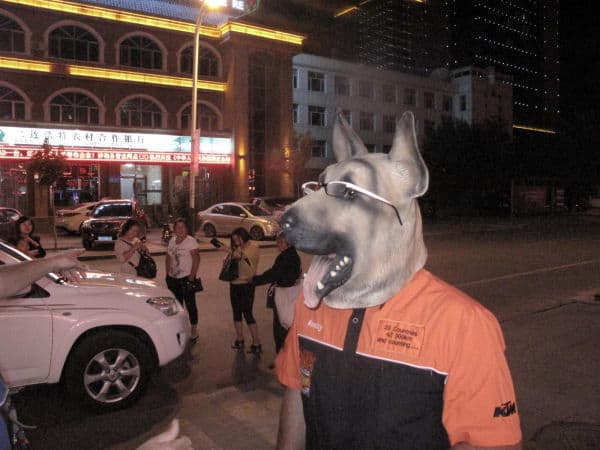 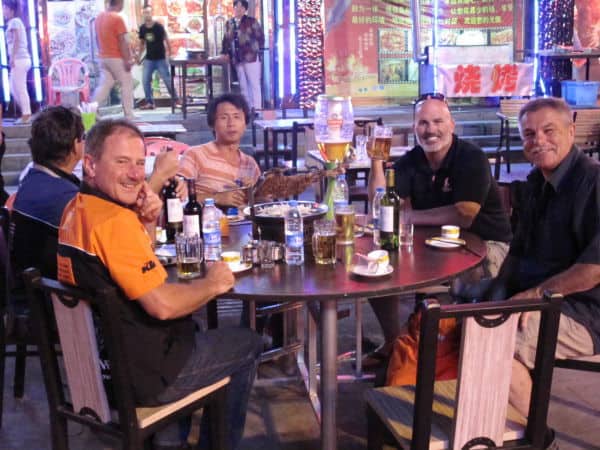 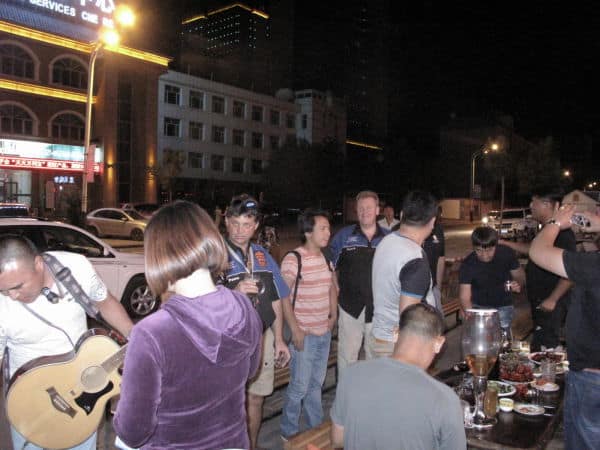 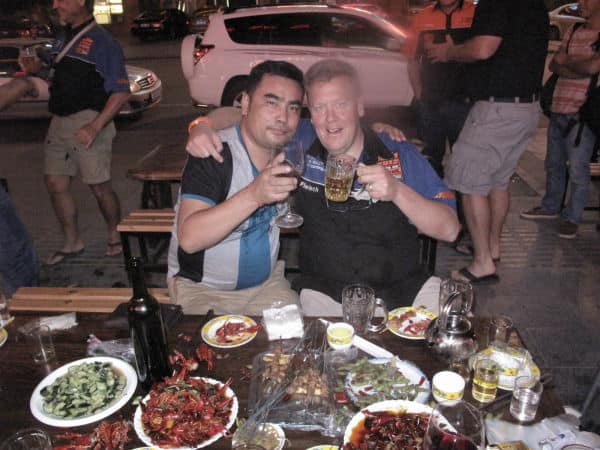 As you can see from the photos above, we eventually got our Chinese Drivers license and Number plates after spending two hours at the border, we were summonsed to the border at 16h00 but due to a “computer problem” we waited until 18h00. Then we went back to the hotel where a police woman with high heels and a mini skirt inspected our bikes again, took photos of the engine numbers and before handing us our Drivers Lisences and a number plate for each bike. BUT, Tex left this afternoon and we had to” fake his face” to get the two number plates for the two American Bikes, luckily Tex submitted the worst photo of his face ever, just after a haircut, so when the 1st American bike was inspected Gregg (who has has no hair stepped up to the plate instead of Tex, then we did Peens’s bike who pretended to look like Pie, (also an old photo) then we followed the line to the end, by which time we had turned on all the charm and in the confusion to pose for a photo with her, Gregg pretended to be Tex again and we got the final papers.

Then we went for dinner, on the street, and soon we were invited over to the ‘Party Table” to pose for photos and to share a drink.