Correction : The Car Pie bought in Stuart was not a 1929 but a “1931 Studebaker President Touring Car” and  he decided it will stay in Texas at the Museum. Pie went to look at another car yesterday but did not buy it, tomorrow he is splitting from us again to go and look at a car in York (North Carolina)

We had a long ride today, 725km is the most we have ridden in a day since maybe in Russia. We left this morning at 6h45 in the rain and dark, we started with our rain-suits on.  The plan was to spend half of the day’s distance on the Interstate Hi-way Nr 95 (yes I know we dont do Hi-Ways but on this trip it has been very difficult to make any proper distance is we do not get onto the Hi-Way, there is no way we would have made it past Miami, Fort Lauder-dale and Palm Beach if we tried doing it on the normal road, all these cities are next to one another and stretches almost 200kms, and the congestion is just crazy. So we changed our outlook a little about this a few days ago and it has worked in our favour as we can do distance for a part of the day and then do the scenic route the other half of the day. We were almost separated from the start as we got onto the Interstate 95, I found myself alone behind Rocky and Pie but ahead of Tex and Milsy. I did not see the front runners who pulled into a Rest Area and continued thinking I was still in the middle. They all hooked up at the truck stop and then stopped for fuel. I waited to the guys I thought were behind me for 10 minutes and then decided they must have stopped for fuel and then I stopped at the next Gas Station. I realized that I would ride alone for the rest of the day and stuck to the agreed Route which was to go onto the 17 North Scenic Route after Jacksonville, it was stunning. I soon crossed into the State of Georgia. 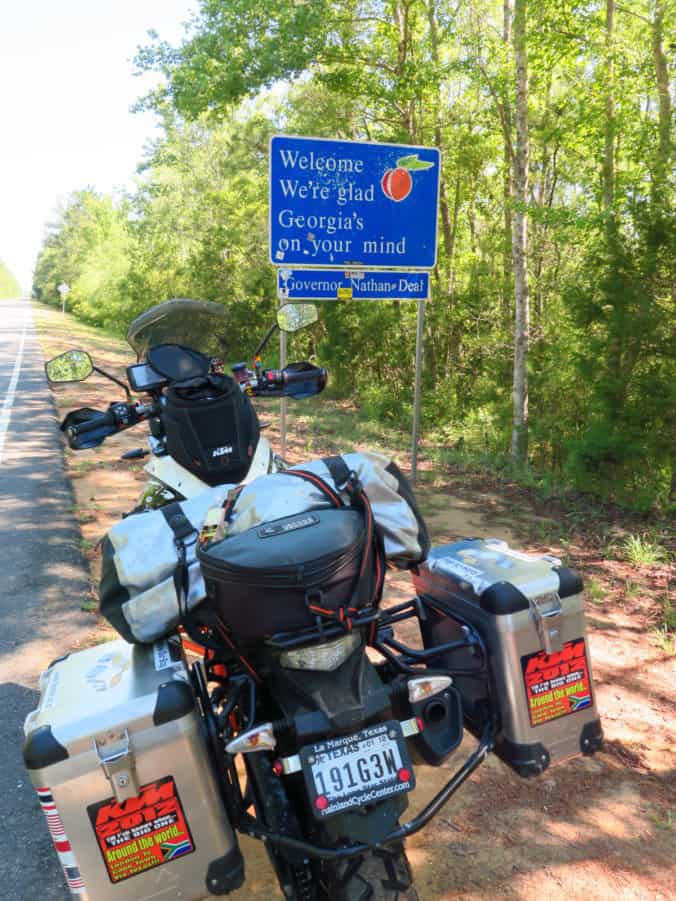 Everything came together for me : The rain stopped, the heat of the previous days were gone and I cruised along in a Conformable 19 Degree Celsius through beautiful Georgia which is just forests and lakes and green lawn on both-sides of the little road I was on and I was on a high, even the Lady in my pocket Shuffled the I-Pod and played just one Hit after Another. Occasionally there were little villages to pass though. I have never seen so many small little churches, one after another, not even 5 miles apart, Baptist Churches were the most followed by Union Methodist Churches.

The other 4 stopped of at a “State Historic Site, the Hofwyl-Broadfield Plantation, the oldest Plantation in Georgia, and they farmed with Rice, from 1800 to 1915, (thereafter it became a dairy farm.) At the height of Slavery, just before the Civil War they employed 2500 slaves. After the Civil War all the slaves were “set free” but they needed to live and eat, so instead of just working for free as slaves they started working in exchange for food and clothing which they got from the owner of the farms shop. As you can see from the photos below I never got there, so Milsy took some photos on his phone, of the farm-house, which is far less impressive than what I thought it would have looked like. 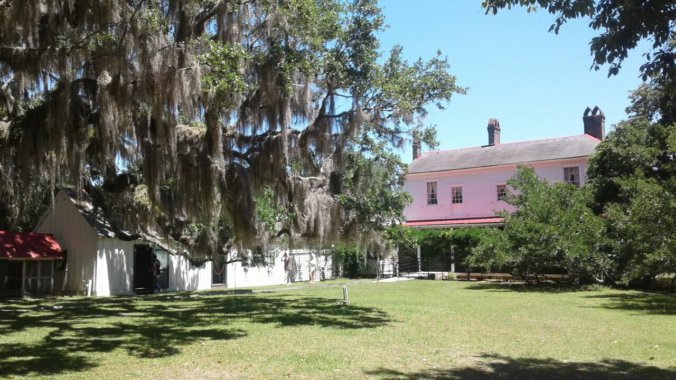 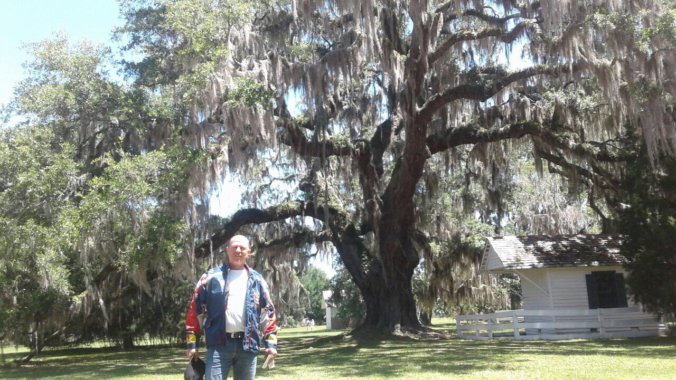 Note the tree behind Tex, it has these white “beards” hanging from it, today this was a common site along the side of the road.

I made a navigational error today as well, all of a sudden I realized I was still riding North but was no longer on the 17 North, I tried to see where I went wrong on the GPS but could not figure out how to get back on the route the others were going to be traveling on. I decided to get onto the Interstate 95 which crosses over the town I got lost in and then take an off-ramp further on to get back on the right road, but due to roadworks I missed the off-ramp which I thought was closed, so I decided to ride up the on-ramp into on-coming traffic wishing to enter the hi-way, and just as I started making my way up the on-ramp a police car turned onto the on-ramp wanting to get on the high-way and started driving towards me, at this stage I saw some trucks in the triangle formed by the high-way and the on-ramp and turned onto the grass towards the trucks, pretending I am their friend coming for a visit (or that is what I was going to tell the cop,) When I got to the trucks there were no construction workers and I could not go back to where the policeman was slowing down to a crawl, so the only way out was to ride up the steep grass embankmet to the to of the bridge where the on-ramp begins, I could see the grass was recently mowed but did not realize how slippery and soft the ground was under the grass, but by luck and a little help from above I just, just managed to slip and slid to the top and onto the 17 North, on to the next State for the day : 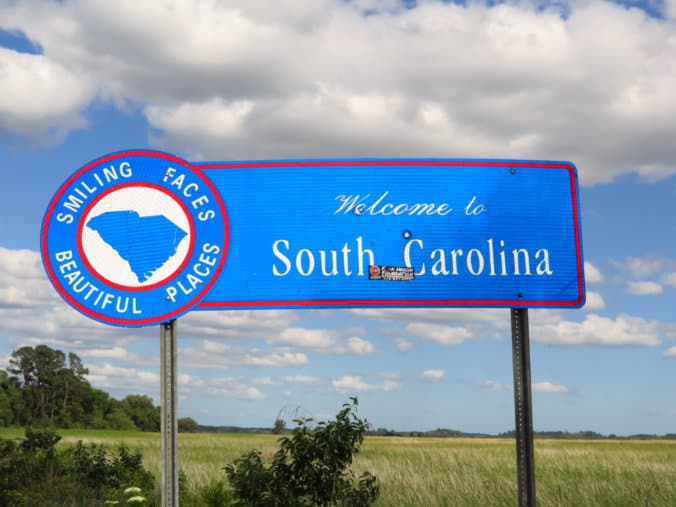 I stopped along the way and Rocky had sent me their GPS Co-Ords, they were behind me, so I waited a half an hour and then Mr. Lonely van Benoni got re-united with the other four.

There is a very big concentration of African Americans in the states of Georgia and also South Carolina (their forefathers were here as the slaves.

We stayed on the scenic route and it stayed spectacular. 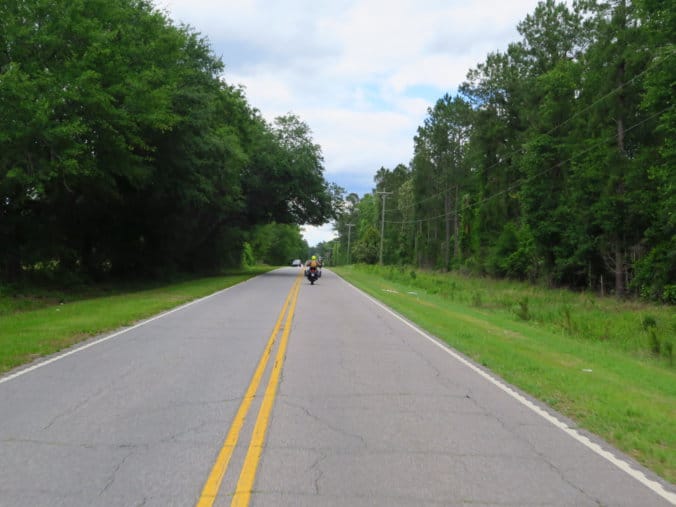 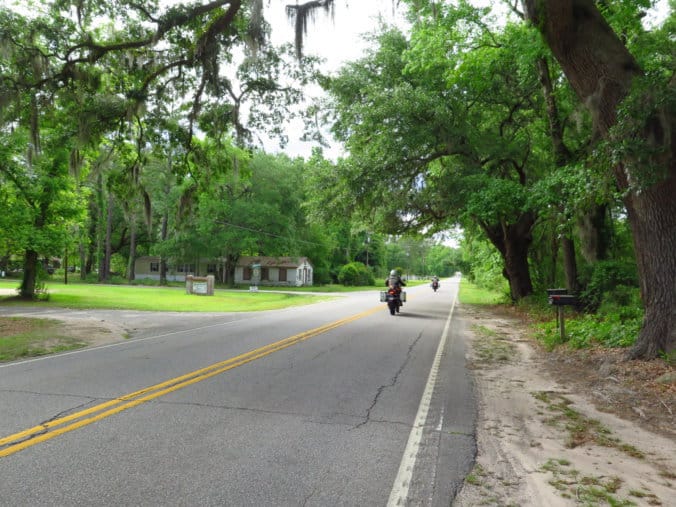 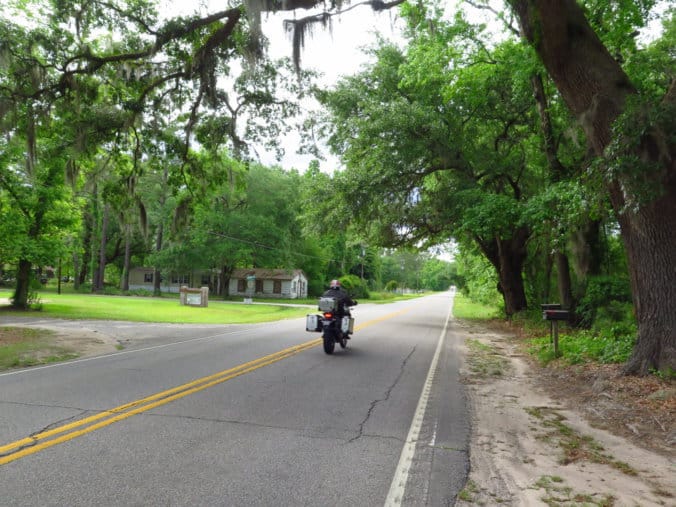 Note the Post Boxes in the above photo, on the right, there is a little red “flag” on the side. The Postman drives up to the Post Box in a very special Right-Hand drive car (remember all the other cars in USA are Left hand drive) and then without getting out just put the mail inside the post box and flips the red-flag up, so that the person who’s post box it is can drive past and know if he has received any mail by looking if his red flag is standing upwards.

Here is the postman’s car. 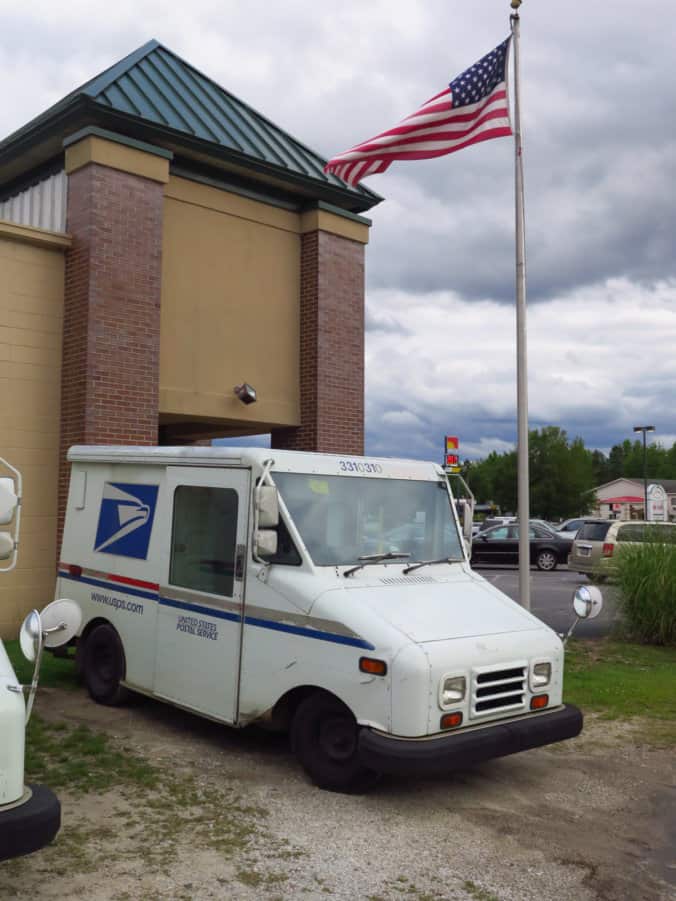 I don’t know why they are smiling, its Oros Light again tonight, and we are sharing, which halves the cost. 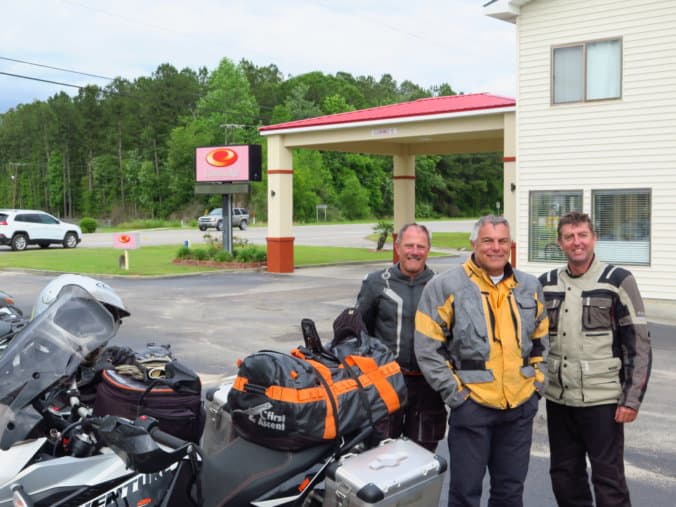 In Case you did not recognize the sigh behind them : 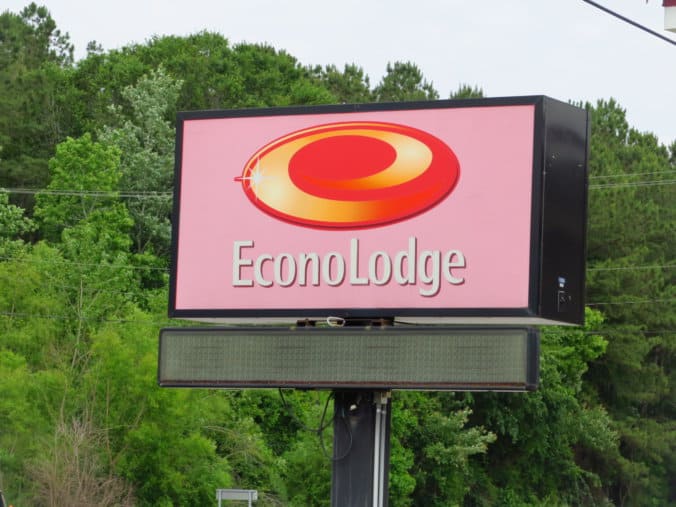