We had our Breakfast of noodles, rice and chilly-vegetable, but because they have tourist there once a year we also got a fried egg with something similar to a Vienna-sausage, (just not as “good” quality as back home,) and were ready to ride at 8h00, (well, not all as Peens overslept and we only managed to find his room number 10 minutes to 8h00, so he had not time to dress into his riding gear and spent the day in shorts, a T-Shirt and luckily his boots.) 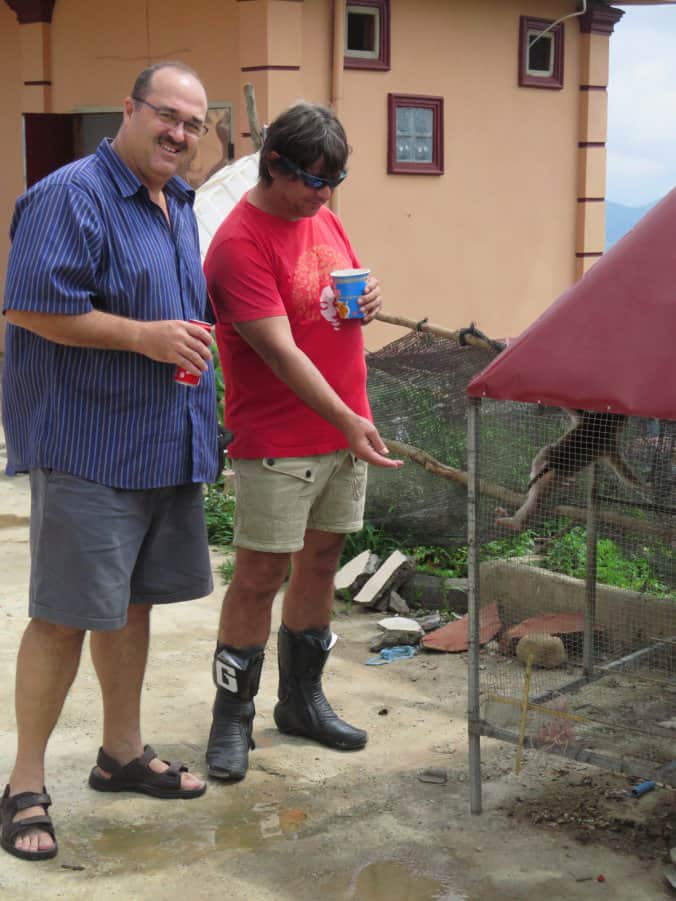 Our GPS’s still worth nothing as we once again had to work off the one little map I downloaded off the internet. We spent most of the day in the mountains, winding up and down through small little villages where all the people stays in their wooden and bamboo houses that are up on poles so that they are above the insects but also above the mud (and at least a cool breeze can blow through under your house to cool it down.) 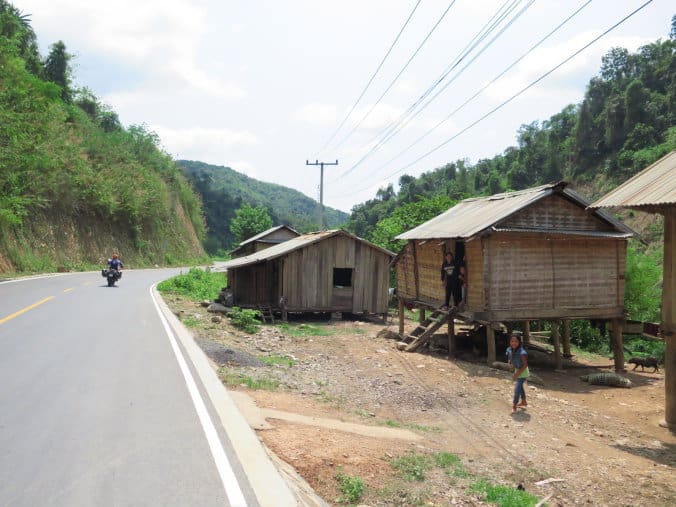 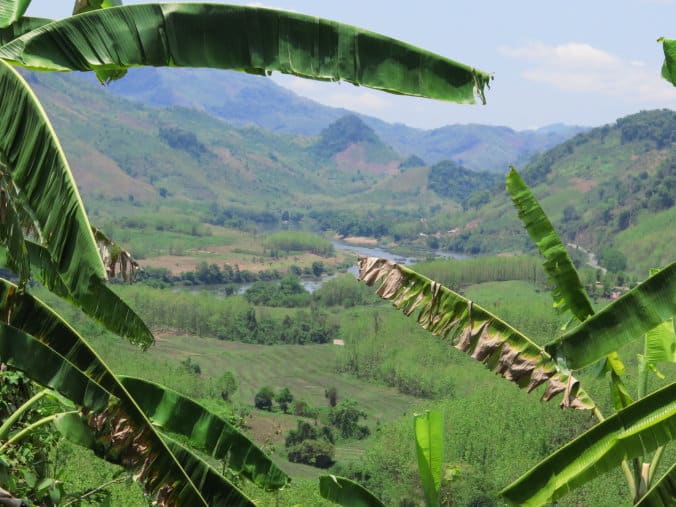 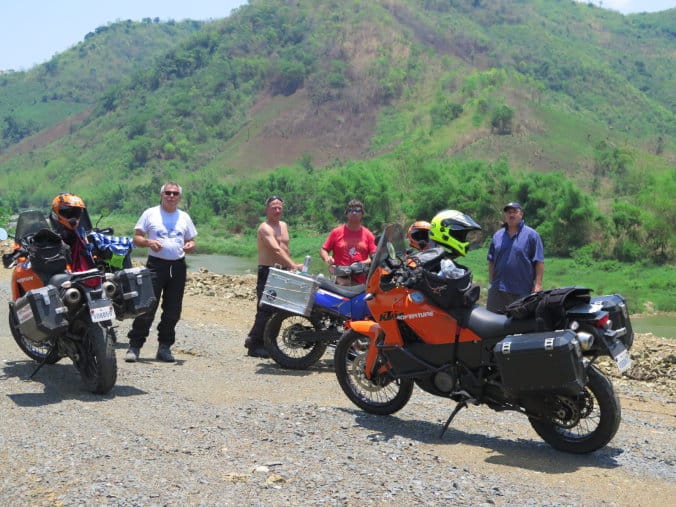 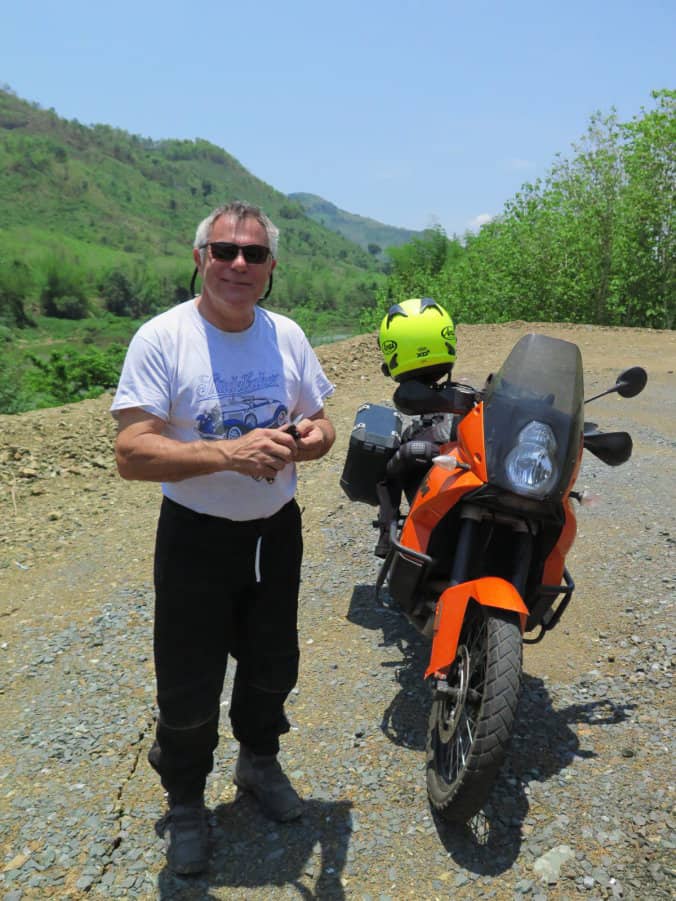 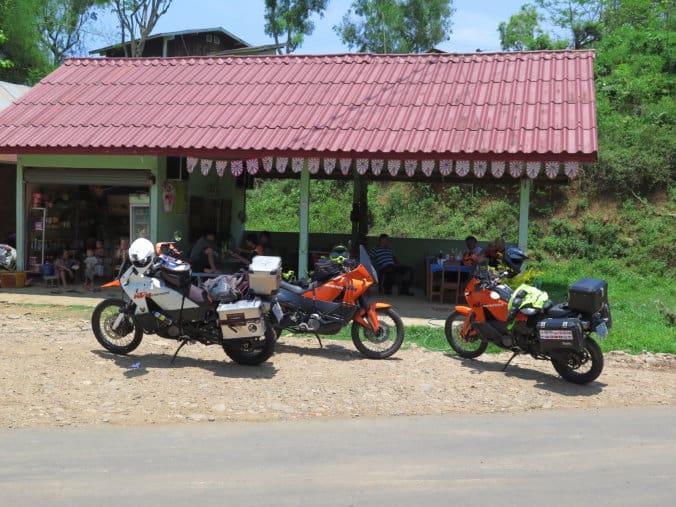 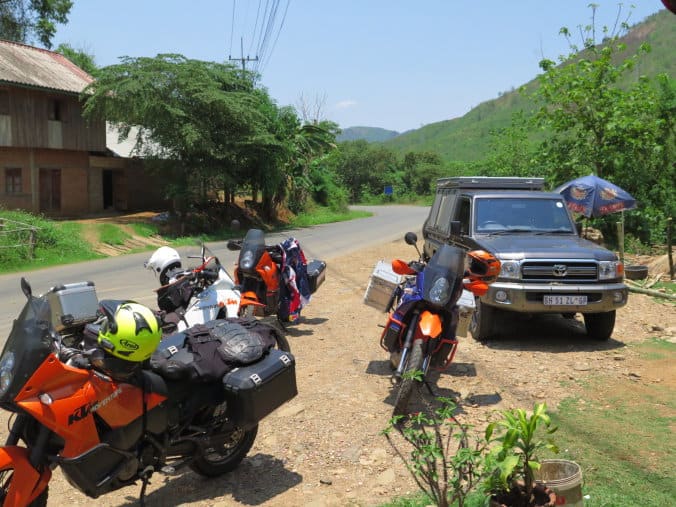 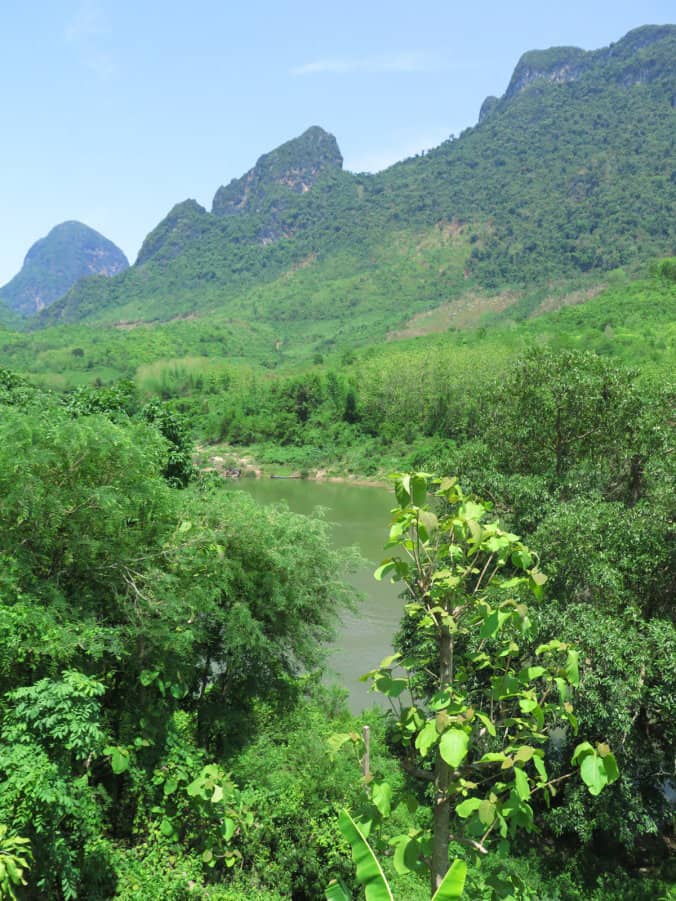 There was hardly any traffic in the mountains andwe only started getting a few trucks once we followed a river down to the Mekong.
There are less “funny foods being sold compared to when we had just crossed into Laos, but Peens still found some frogs on offer. 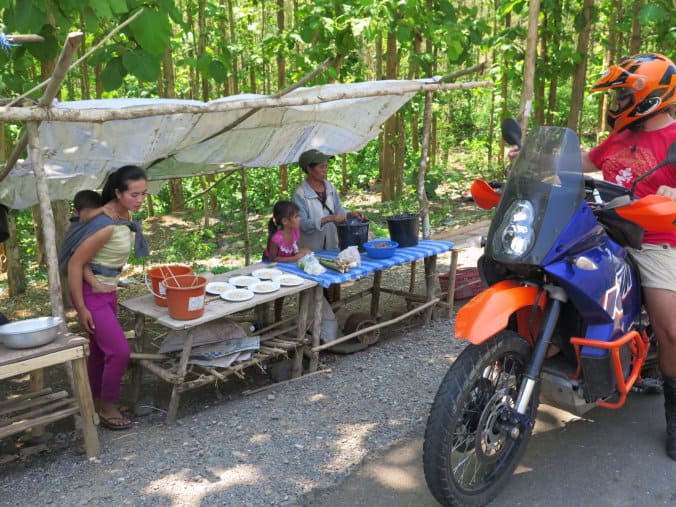 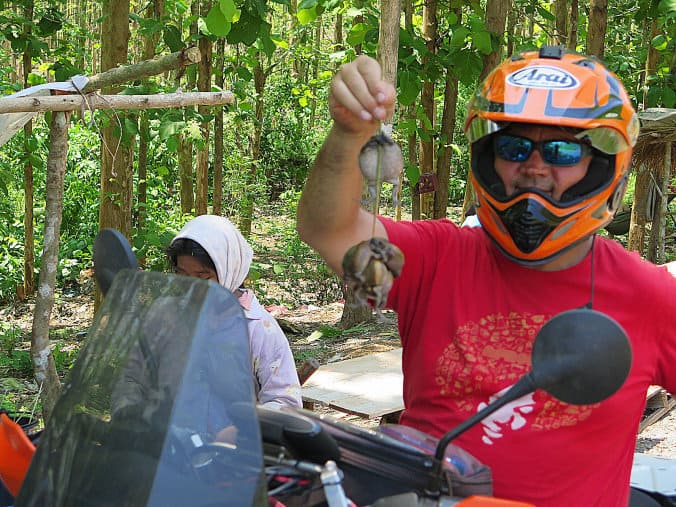 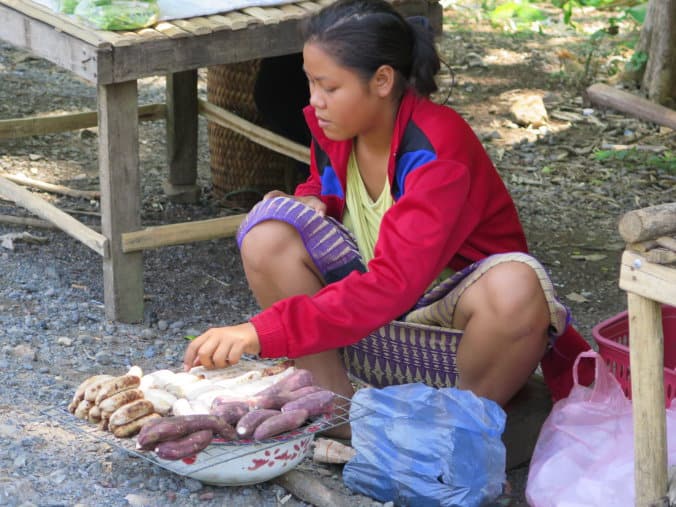 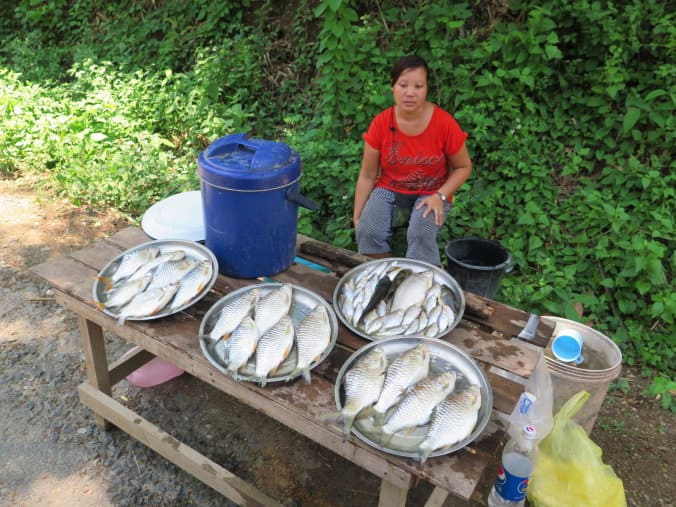 The people here work very hard and the kids are seen walking coming back from doing their family chores. Everything is still done by hand, like milling corn, (Pie thought he could improve on this ancient design,) and weaving which was done next to the local Pick & Pay. 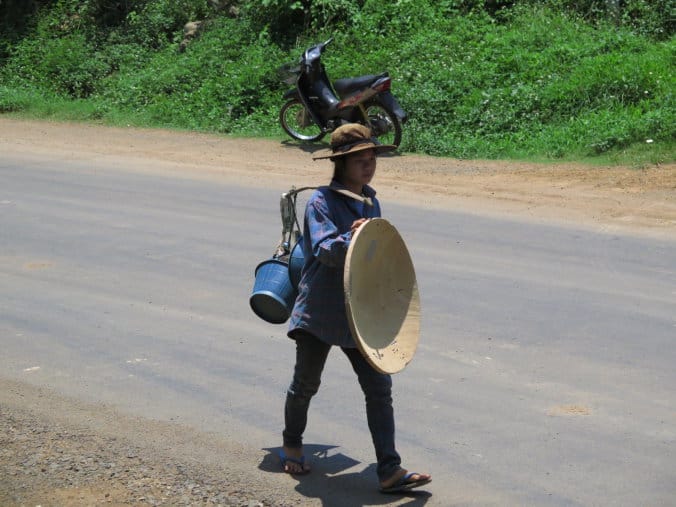 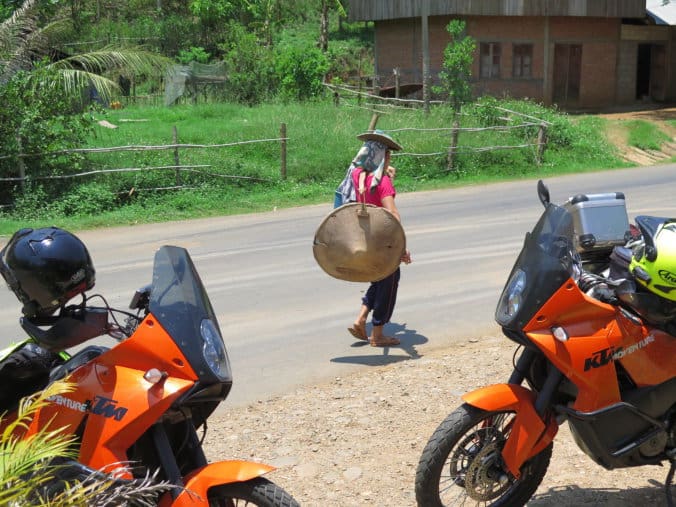 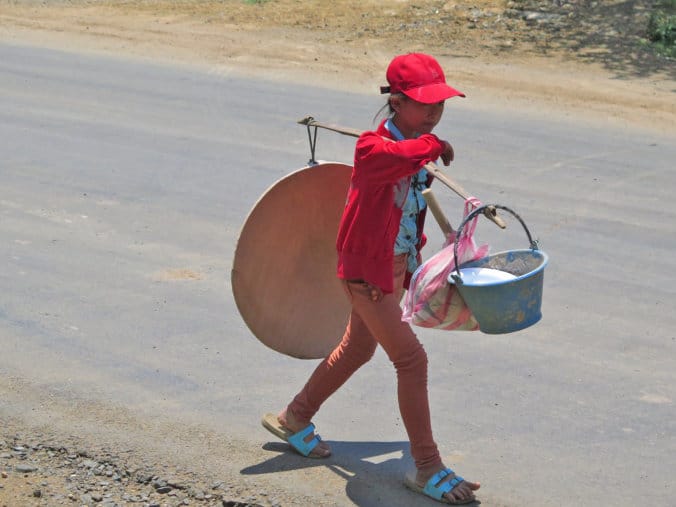 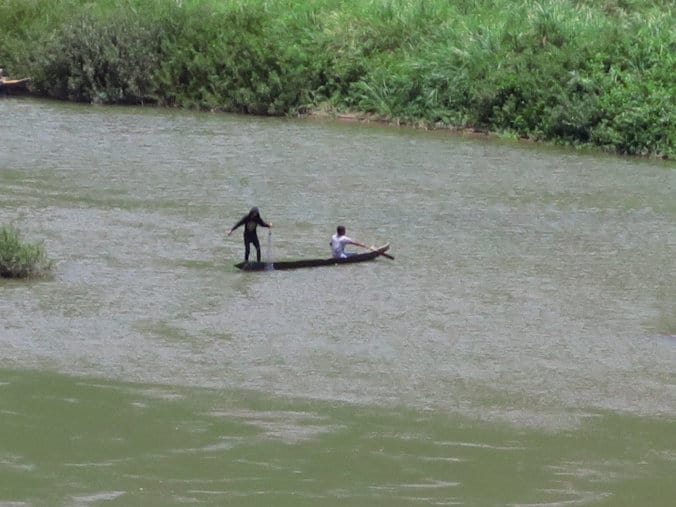 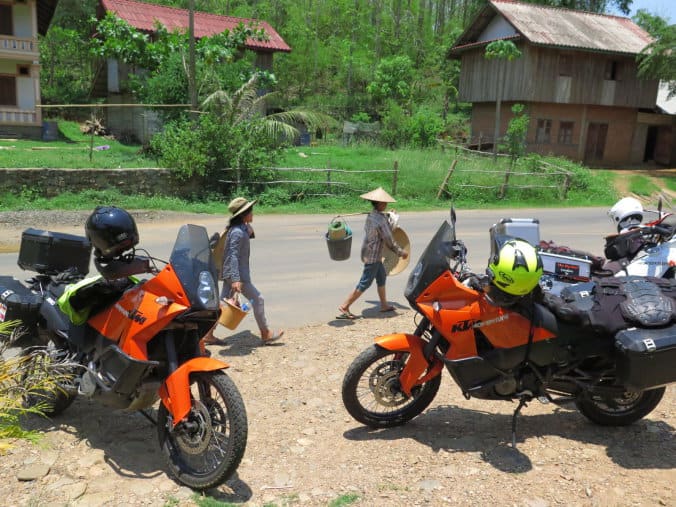 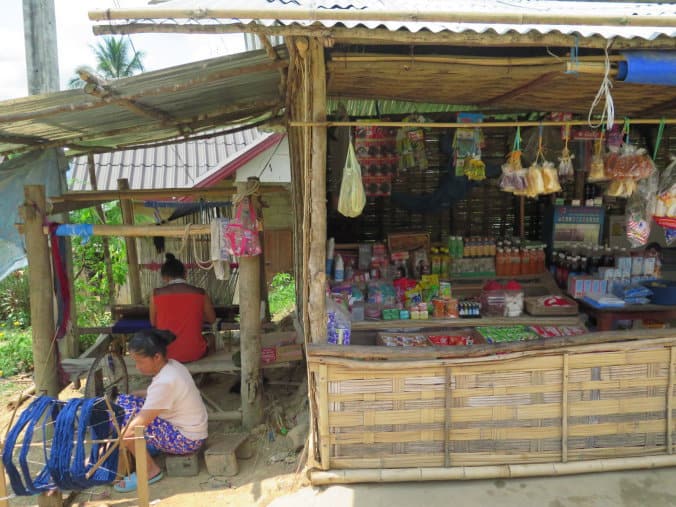 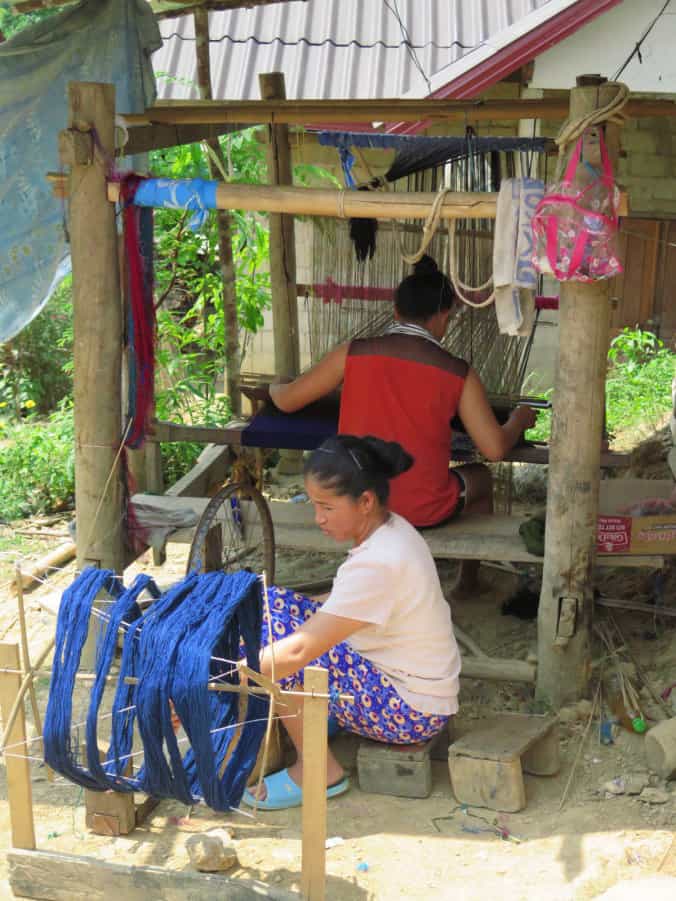 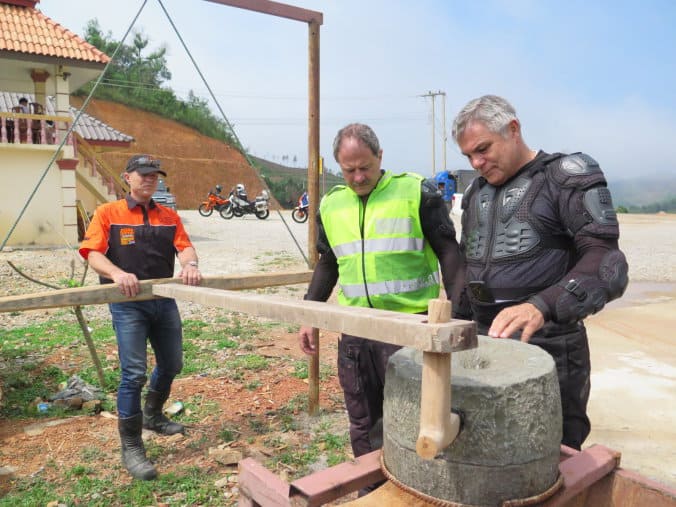 It is very hot and we stopped often to buy cold water and cooldrinks. I thought I was very good with ordering lunch when I managed to make the sounds and movements of a chicken and then snorted like a pig ordering our lunch of chicken and pork with rice but the lady then showed me she had translated her menu to English and I could stop acting-out food dishes.
The people along the river make their living from it, lots of fisherman with nets as well as these boys with their home-made spear-guns trying their luck, but the little woven basket on their backs were empty, so they either shot nothing or they were still on their way to try and shoot dinner.
Saw some funny vehicles today. 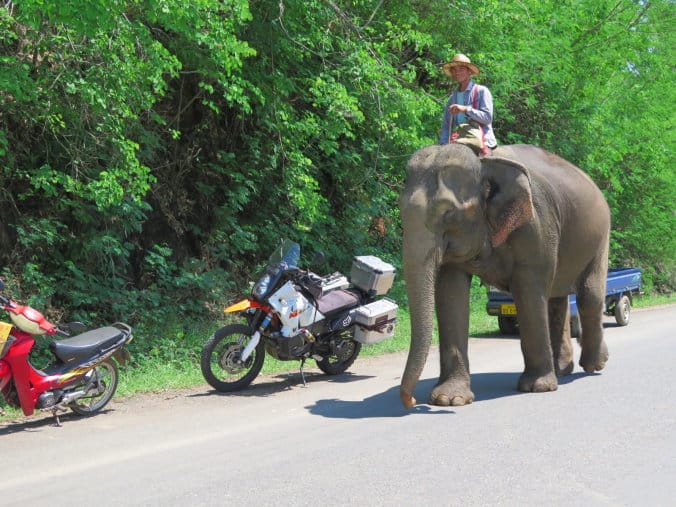 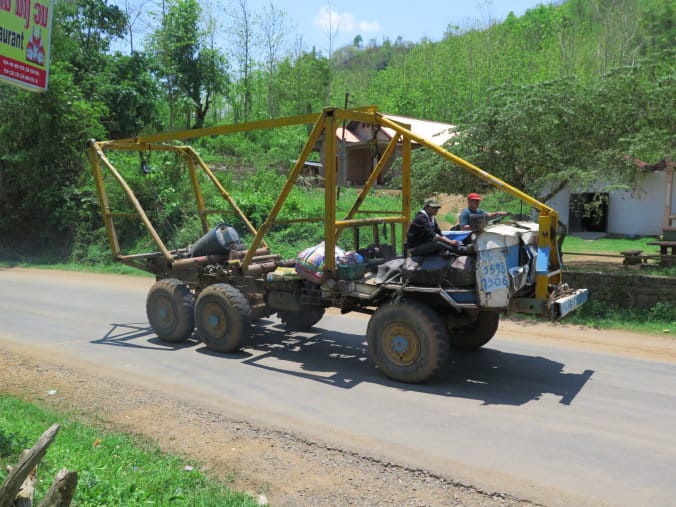 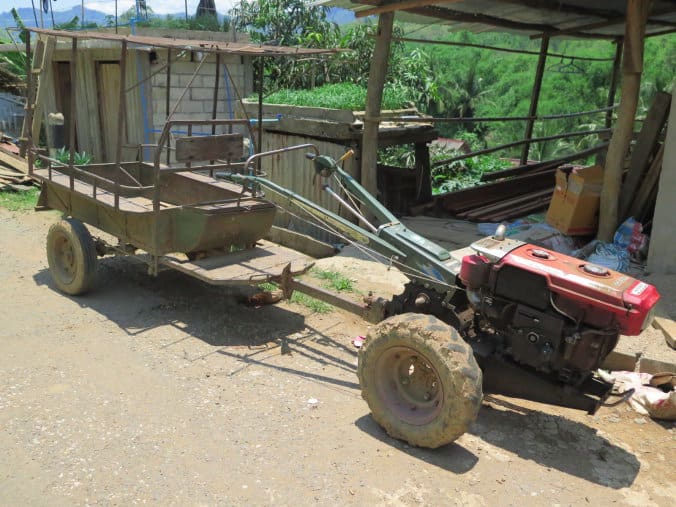 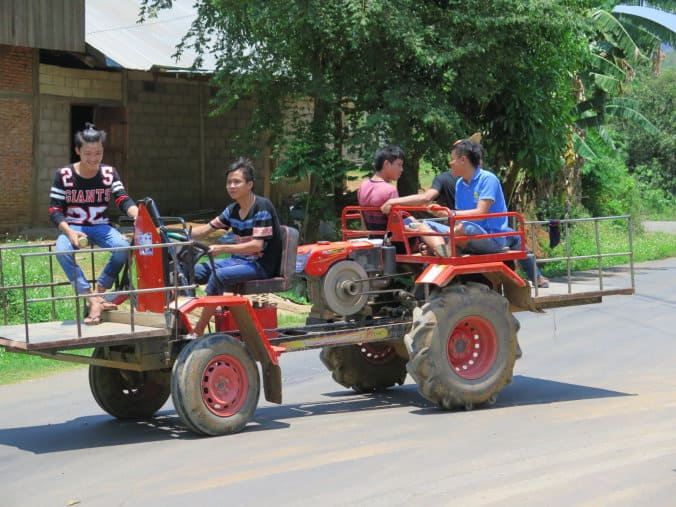