Today we took a tuk-tuk to the airport and had to fight with the check-in staff to allow us to check in our tyres, rims and oil and radiator fluid and chain lube. In the end they just took our chain-lube and the rest got loaded onto the little twin-prop plane.

We managed to get all the Bakkie & bikes started, then paid the local Property Tycoon’s son the balance for the storage (not often you see this crowd paying a Land Lord, usually the other way around.) Then the we started fixing and preparing, Peens, Rocky and Pie had new tyres and rims they brought with them fitted, I fitted my new screen and then drove around the little town looking for a screw that can work on my helmet (as I bought all the helmet screws I needed just after the last trip and then forgot to pack it for this trip.) 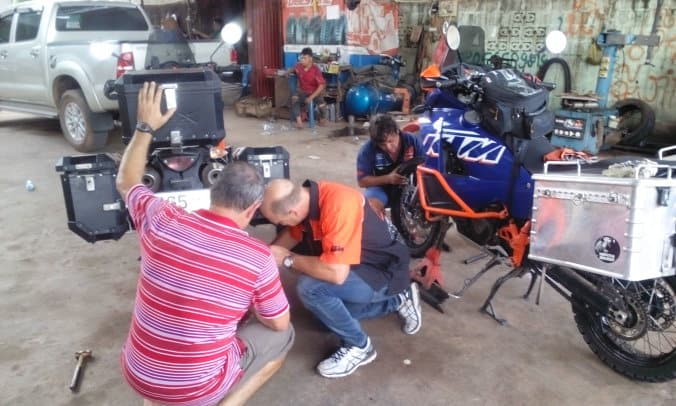 It is now Spring here and I am very glad I am not going to ever be here in Summer as the heat is like being in an oven, sweat is pouring out of us, running into our eyes faster than we can wipe it off, luckily one can buy a cold beer on every street corner, so I doubt there will be anyone suffering from dehydration, lets hope we remember to hydrate often.

We walked through the local street market and I bought these amazing Birthday Pop-Up Cards, with paper boats, or hearts or a bunch of flowers that pops-up when the card is opened. 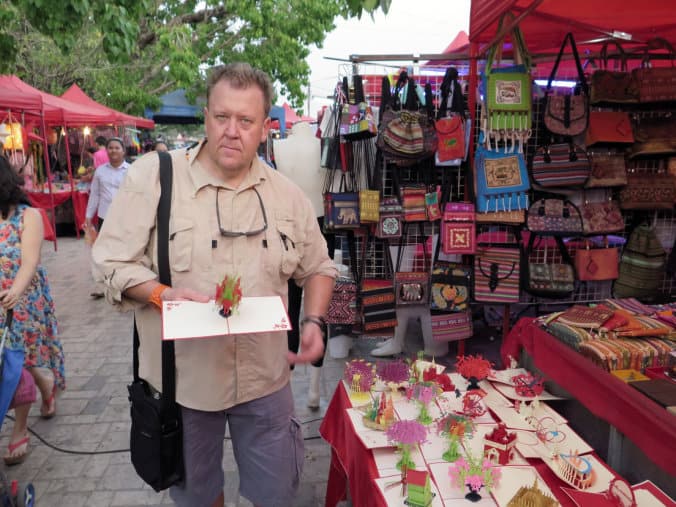 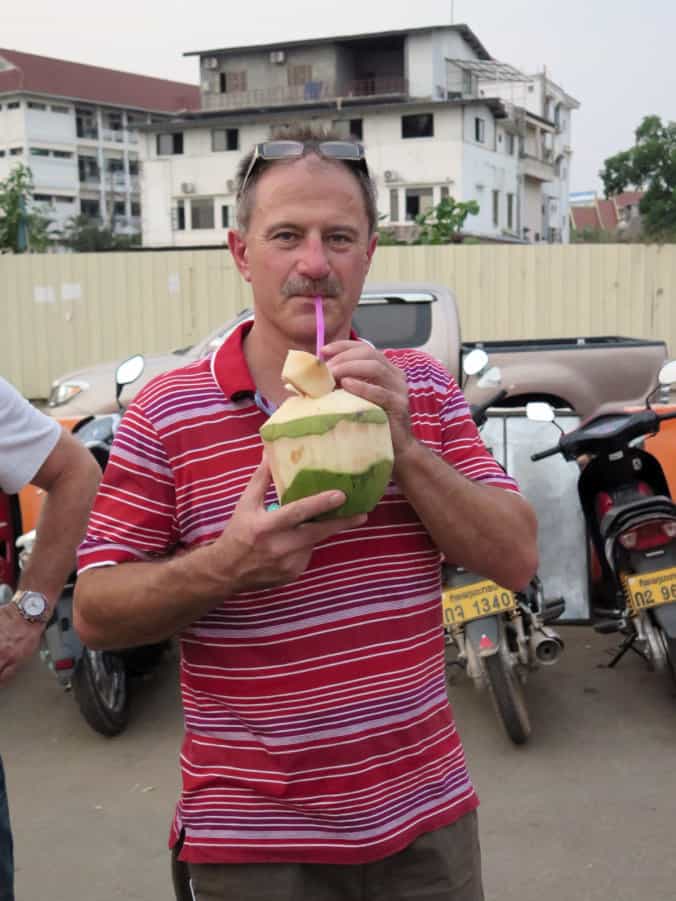 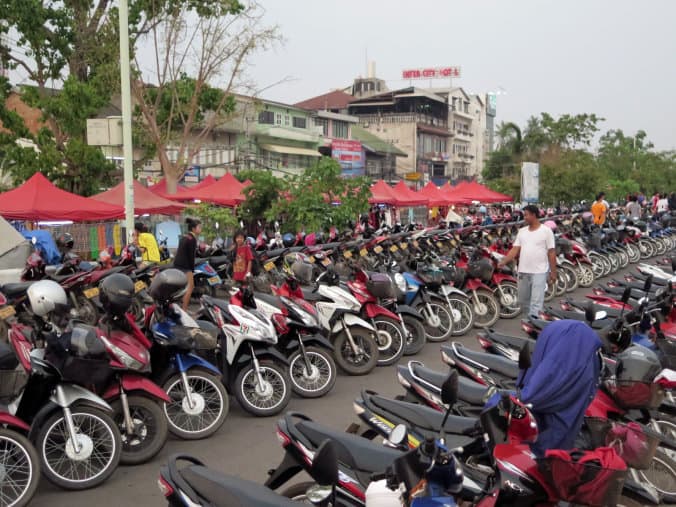 We went to dinner at the local Students Bar we found on the last trip, the food is really good and there is a nice festive vibe. But this town (size of Randburg, but without any buildings higher than three floors) being in the jungle, lived up to all our expectations and we had a spectacular storm which left the town without any electricity and the rain which was coming down side-ways forced everyone into a little corner where we all sat and tried to communicate with smiling politely and eventually we were taught the local equivalent of the “cheers” we make before we drink a toast, they shout something like Fini-Fini and then downs their beer, (due to the heat they drink their beer in a glass filled with ice, so it is very diluted.) 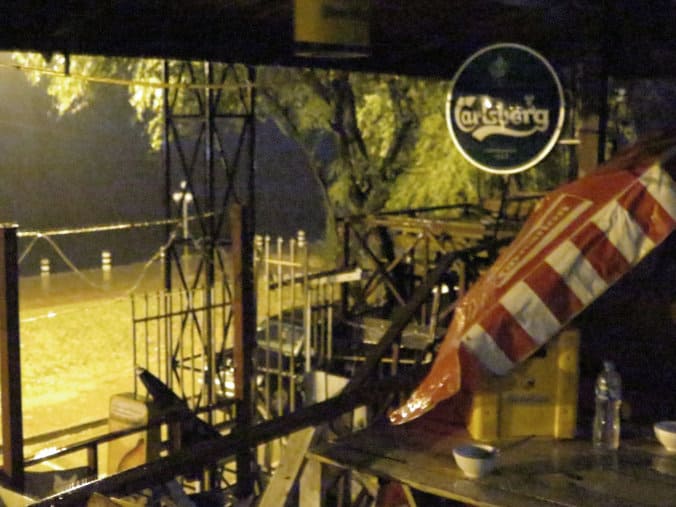 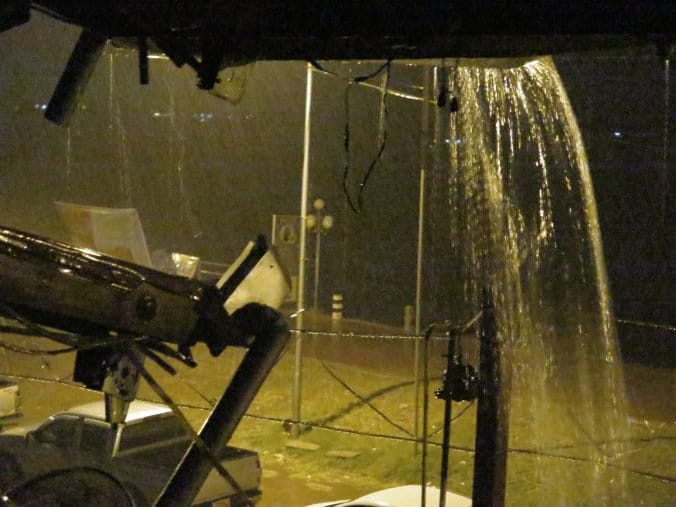 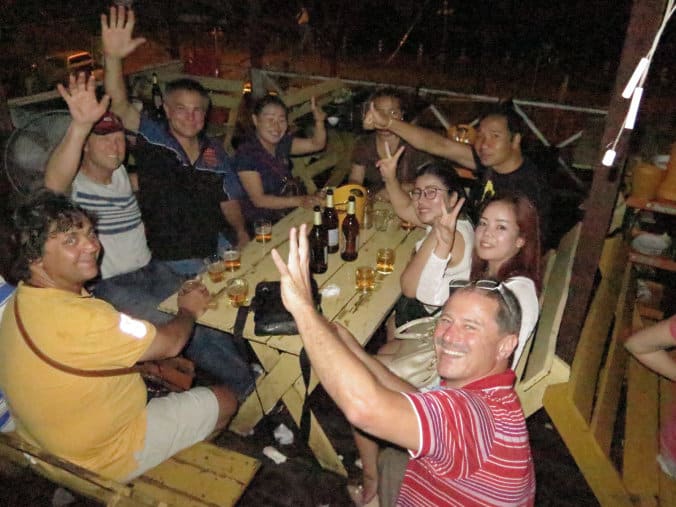 Facts about the Mekong River :

(Summary for the lazy : it starts in Tibet in the Himalayas, is the river with the largest fish species including a stingray with 4,3 wingspan, flows through China, Laos, Thailand, Vietnam and Myanmar.)