After our meeting we had it all figured out, we had made some decisions on how to roll with the punches and one of the 1st things we decided to do was to try and catch-up the kilometers we lost the previous day just so that we can be back on our schedule. So we left at 7h00, Breakfast is included but we cant stomach rice and dumplings that early in the morning.

We were now heading into the Qinling Mountains and were going to “ride some mountain passes.” With in the 1st 20 km we were in the twisties and the view was breathtaking, for the 1st time we saw there was some Nature in China. The mountains continued and the passes continued, and we have still not left the mountains in spite of riding 482km Today, this is a huge mountain range.

But there are also trucks on the road and many scooters. After riding next to the dam for 45 minutes we then started riding next to the Hei He River and it must be a site to see this river in the rainy season as now it was barely a trickle, yet its average “fall out per year is 1 cubic meter per second, so there must be times when this river rages. 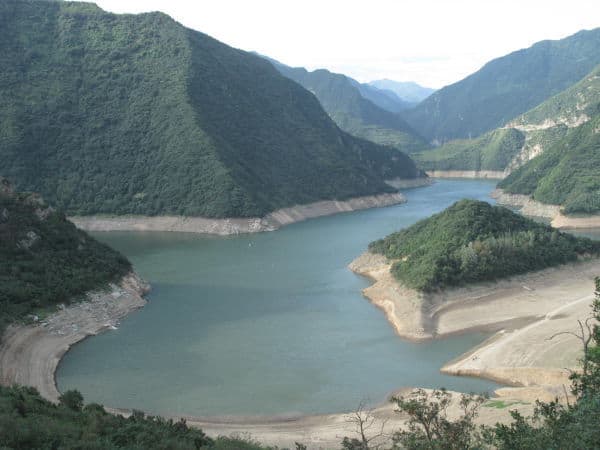 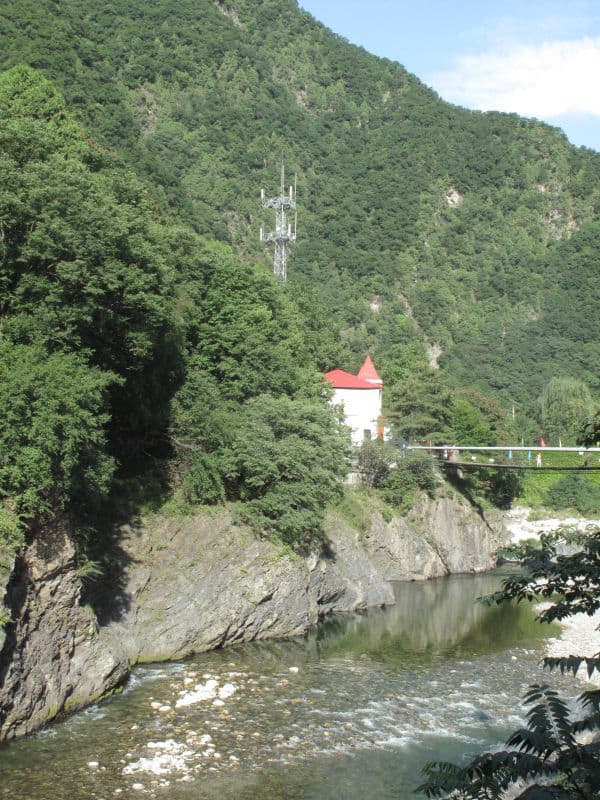 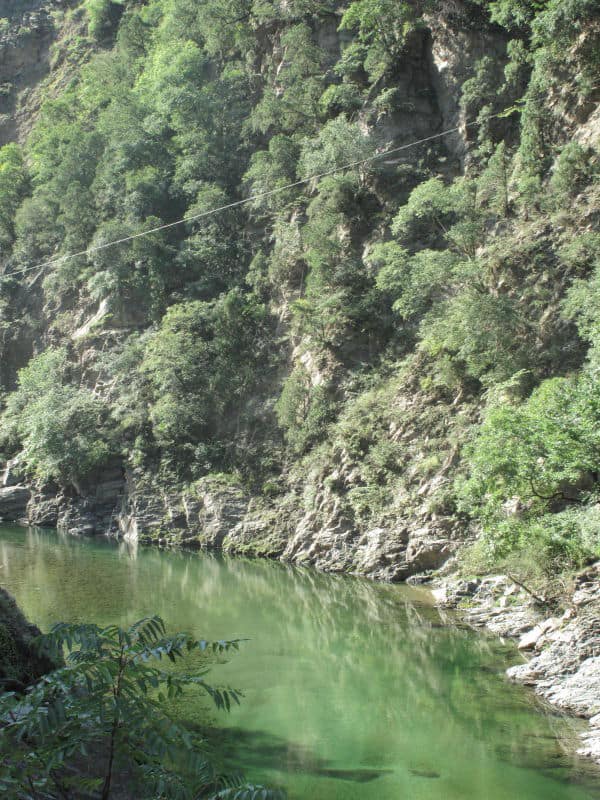 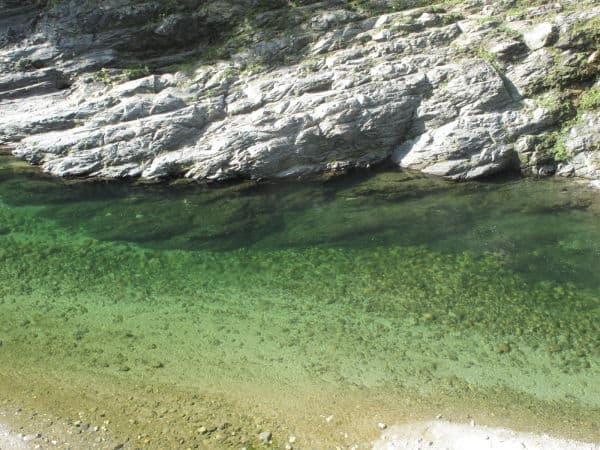 We stopped at the Nature Center where we heard there were Giant Salamanders and Panda’s as well as Black Bears in the mountains reserve. 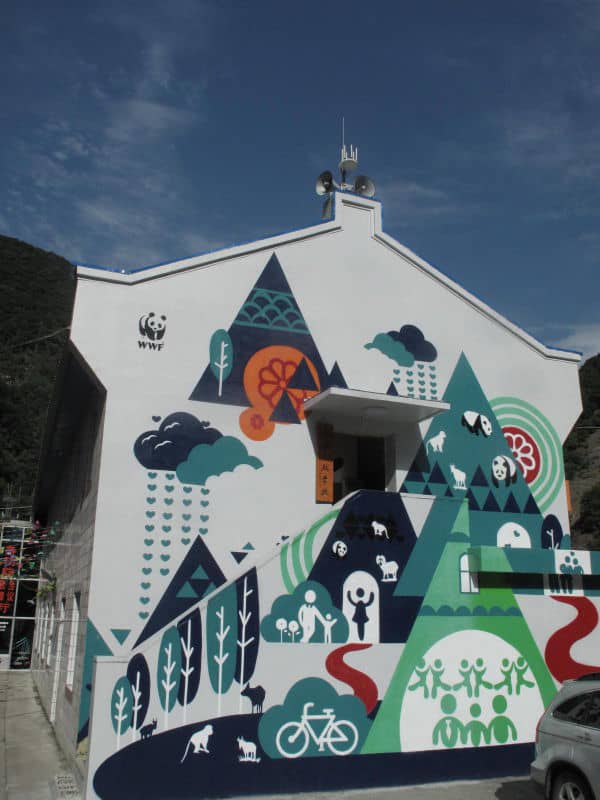 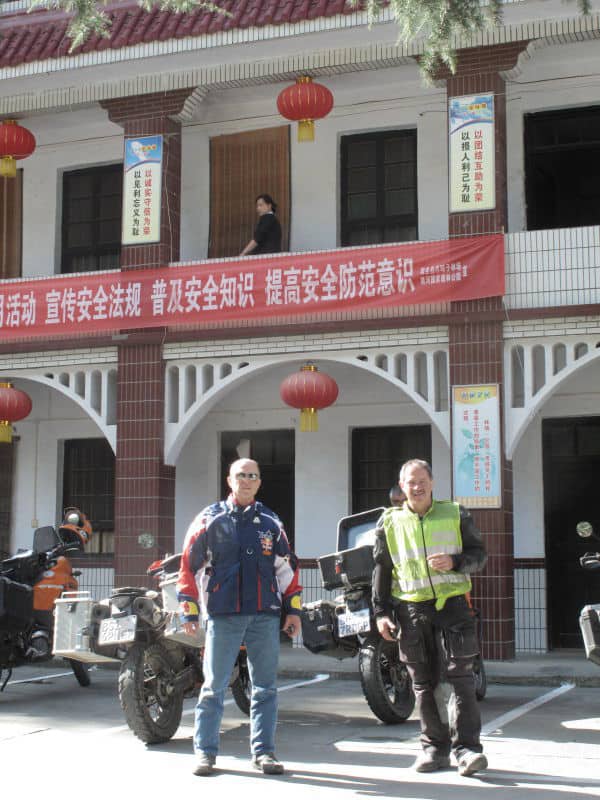 Then we stopped at  Panda Center in a gorge where I could see there was going to be more walking, but my luck had changed as we were told that there was an outbreak of some disease and the pandas has been quarantined and we could only see monkeys, which we have enough of in RSA, so off we went again. 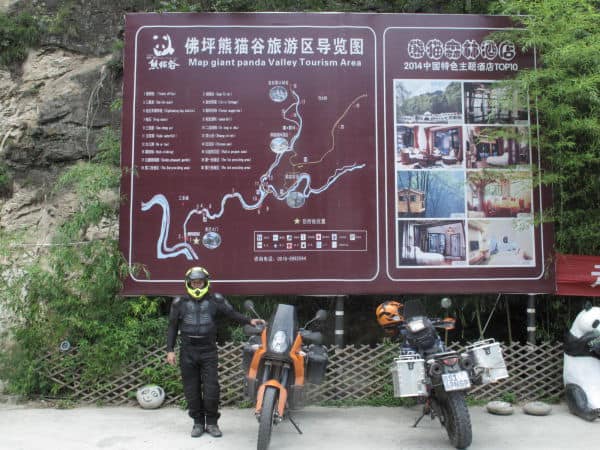 It was strange, we would be in the mountains with very little traffic and then we would reach a flat area with some residents and farmers and some industries and within a few minutes you would be into the next mountain pass. We saw this truck that had overturned as well as two scooter accidents that crashed. There was also plenty of roadworks and the entire road would be closed until the workers (mostly woman) had done a bit of work. 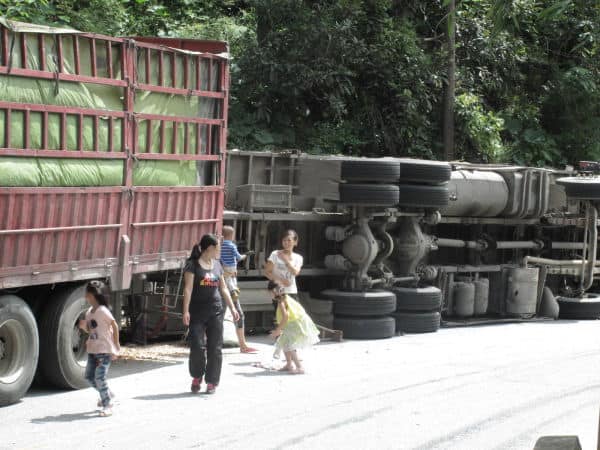 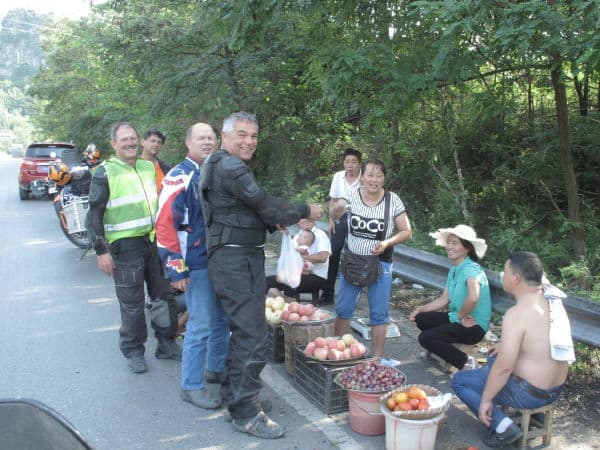 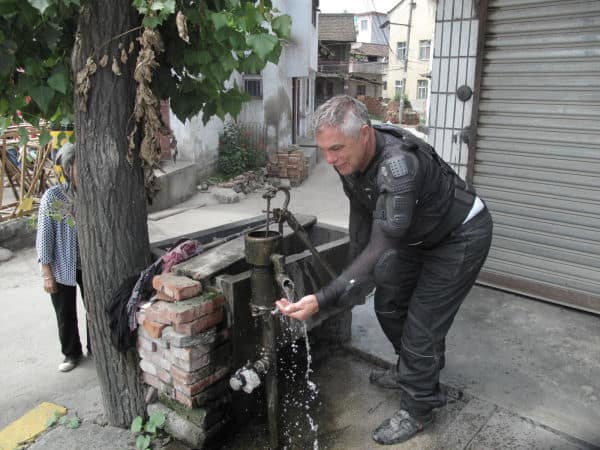 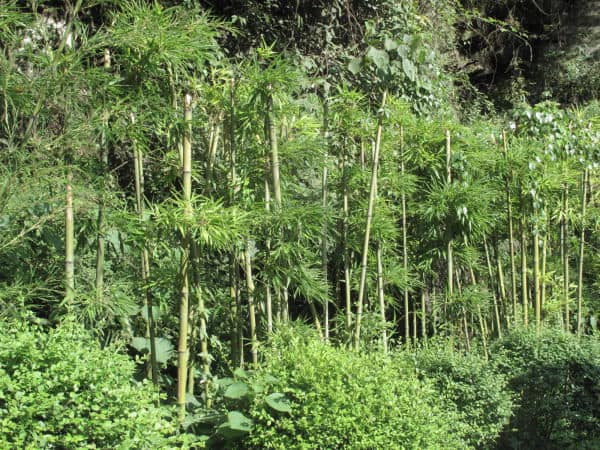 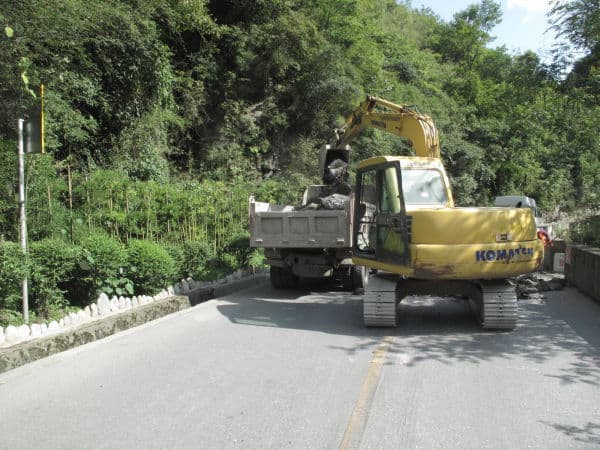 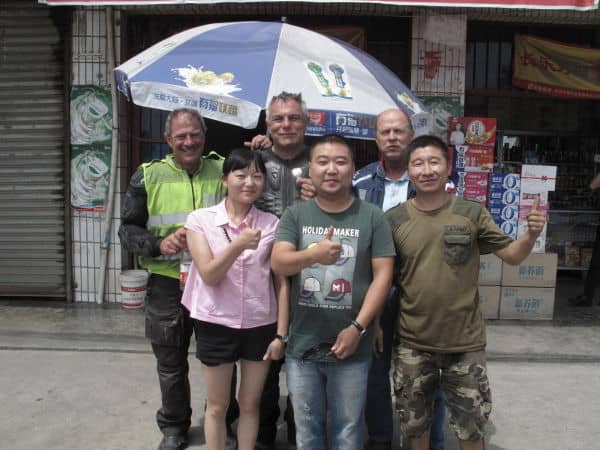 This friendly couple could speak some English and he was also a biker, so many photos were taken and then they bought us some Red Bull to seal our friendship.

This new friend of ours was also drinking a Red Bull but there was no communication, ( I wonder what was in his Red-Bull) but he was so friendly and kept on speaking to us about something. 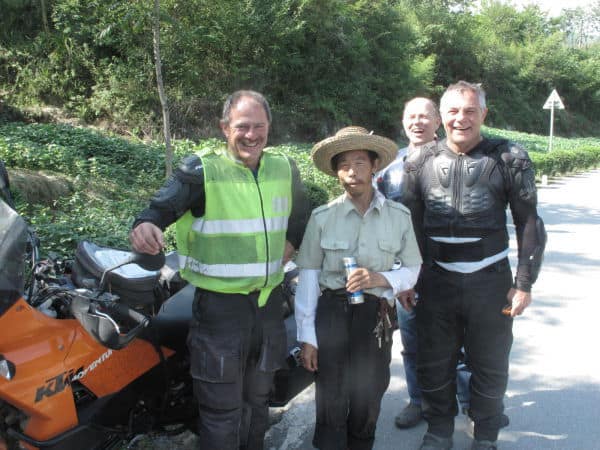 We suspect he was an important man as he had many keys attached to his belt??

Farming is done in these mountains, note on the one photo that are farming with Corn, Pumpkins, Rice, Different Fruit trees as well as fish and prawn farming, on such a small piece of land. 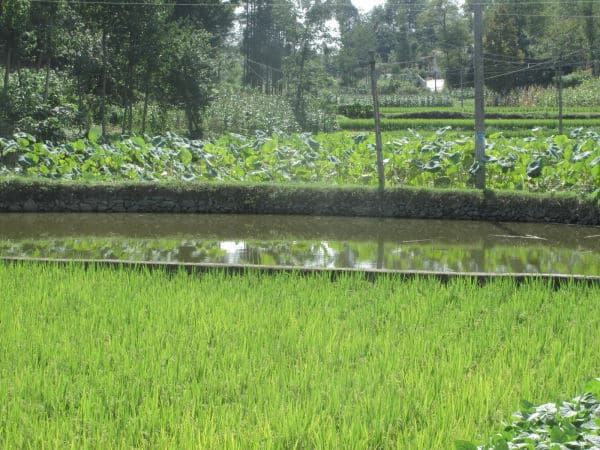 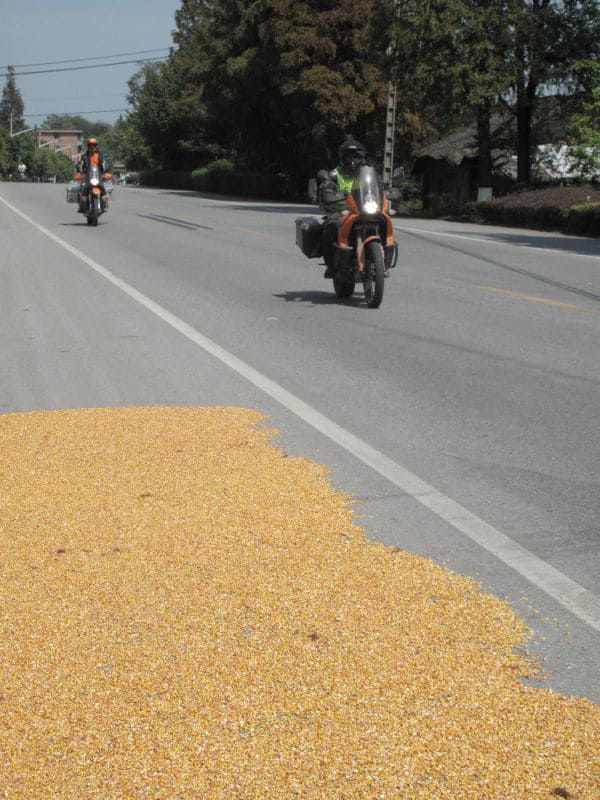 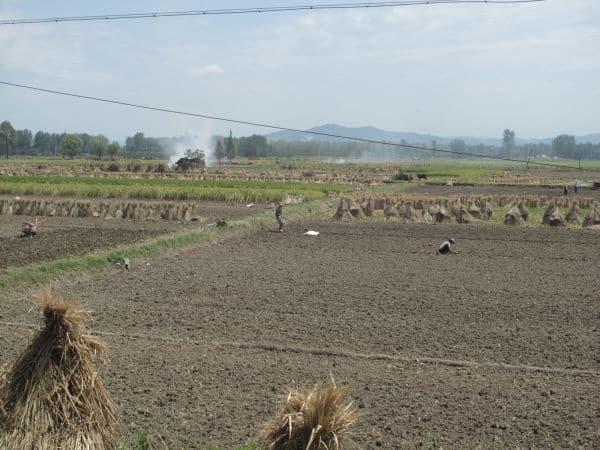 Did you see where they dry their corn? Yes, it is the slow lane for scooters and farmers tricycle-motorbikes, so as a result these slow vehicles swerve to miss the corn, causing a dangerous ripple effect.

But after being in the saddle for 1o hours we finally caught-up with our schedule and we are on track again. Every now and then we could see the highway which we were not allowed to ride on, they have massive on-ramps going up to the highway where it passes close to the mountain and we tried to play stupid, speak some Afrikaans, smile and skip past the boom and get onto the highway, but when the lady started taking photos of me and shouting and screaming I could suddenly understand Chinese and we turned back, tail between our legs. 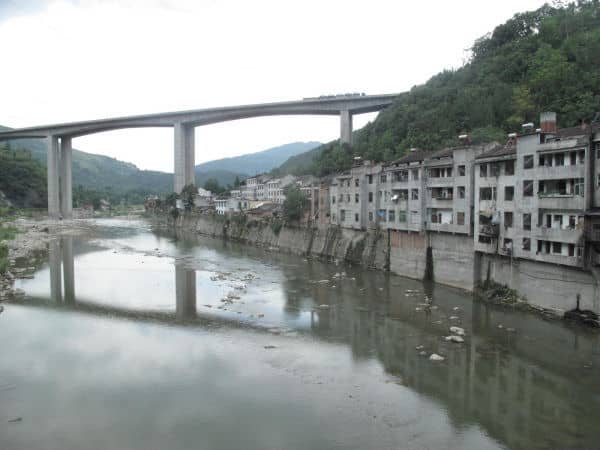 All the ladies on the scooters have these special umbrellas, note the back scoops back to give the passenger some shade and to prevent it from blowing the back of the umbrella upwards. 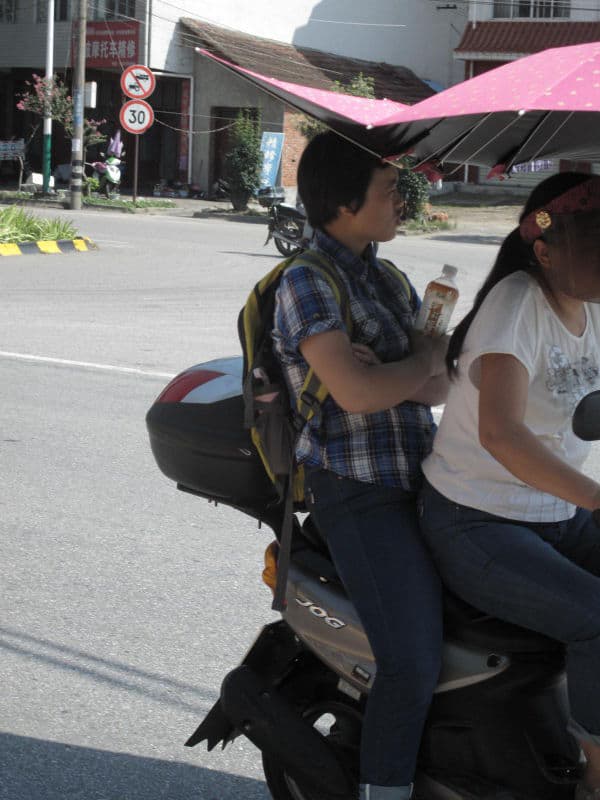