We left early as we knew we had a very long day ahead, out of the 460km only 100km was going to be on tar roads. The rain had stopped but the road was not bad at all, the scenery was beautiful.  We set of towards the village of Normandiene on the gravel road. 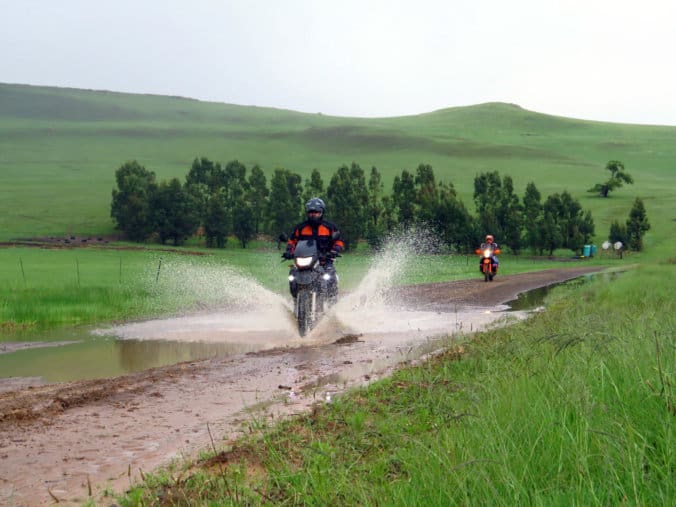 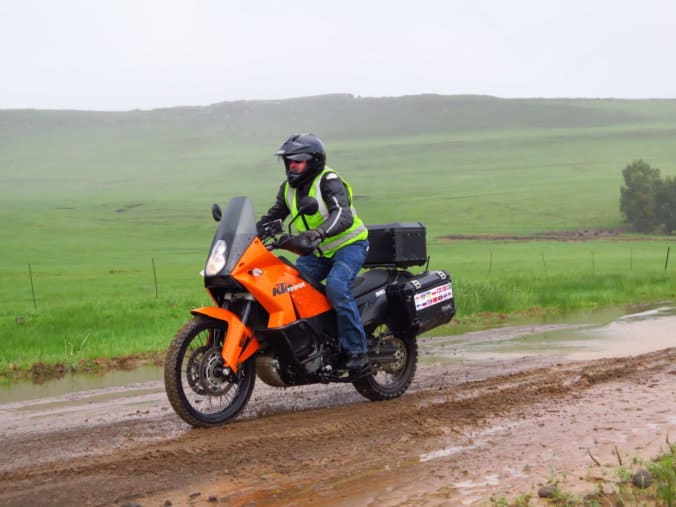 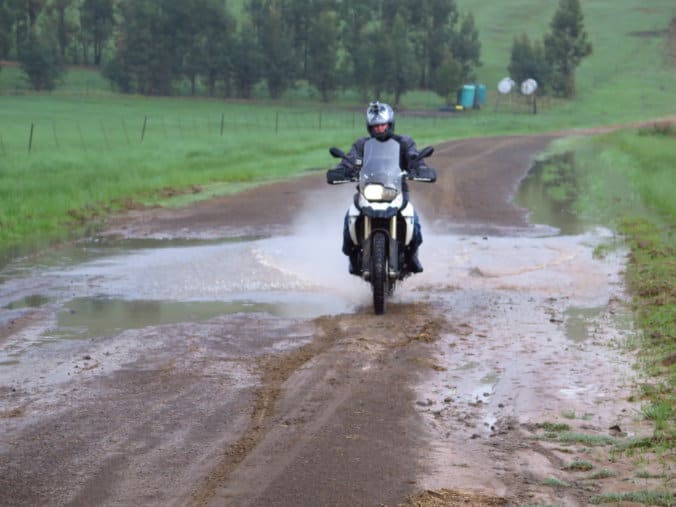 We had a choice between two passes, either Mullers Pass or Normandiene Pass. We chose the wrong one. In hind-site,  taking Mullers pass would have been better as that is the shorter pass and it is the pass used by the locals, it is well traveled and the surface compacted. Normandiene pass soon turned into a Twee-Spoor-Pad (almost a track.) The the mist rolled in and then the heavens opened. 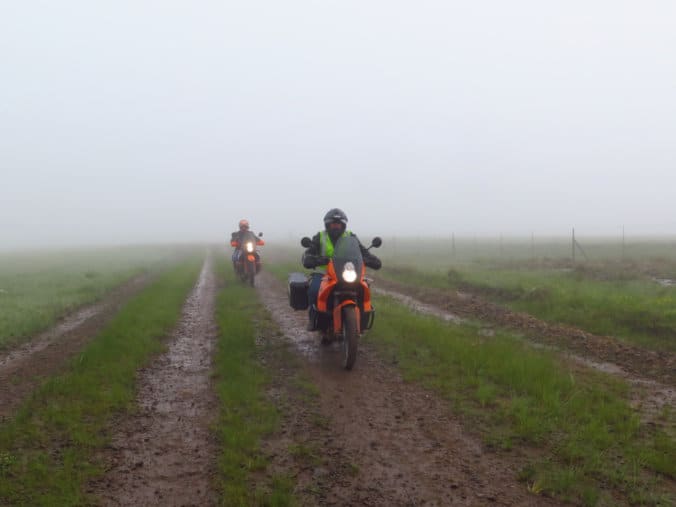 And since my passenger’s name was Murphy, and since I had the only GPS, I was riding in front. I was coming over a little hill and there was a steep downhill on the other side, the road surface changes and the mud went to clay, do I need to say more………..? 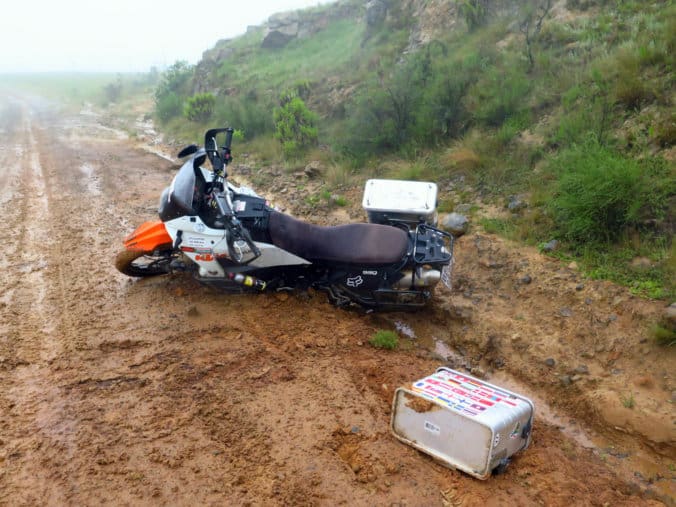 After I slid and tank-slapped in slo-mo for about 20 meters I eventually ended-up in the ditch, I ran up the hill to warn the next rider, Charles, but he did not slow down enough and also went down. 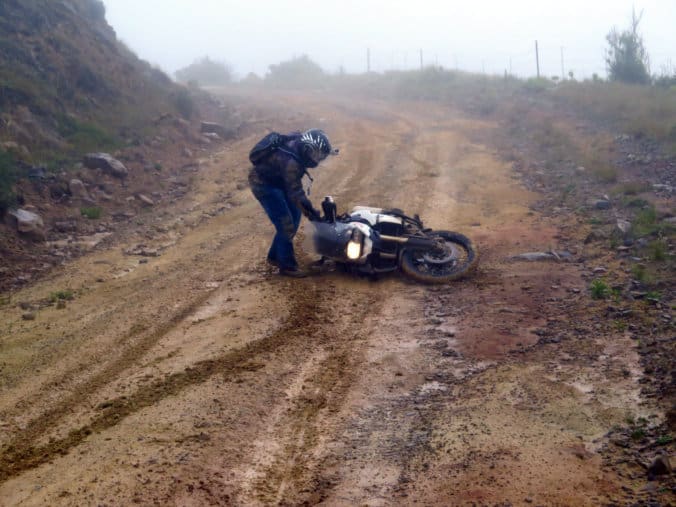 I managed to get the others to stop and then they duck-walked their bikes down the hill. But the clay became our enemy fora few kilometers further, even Rocky who never falls came off. 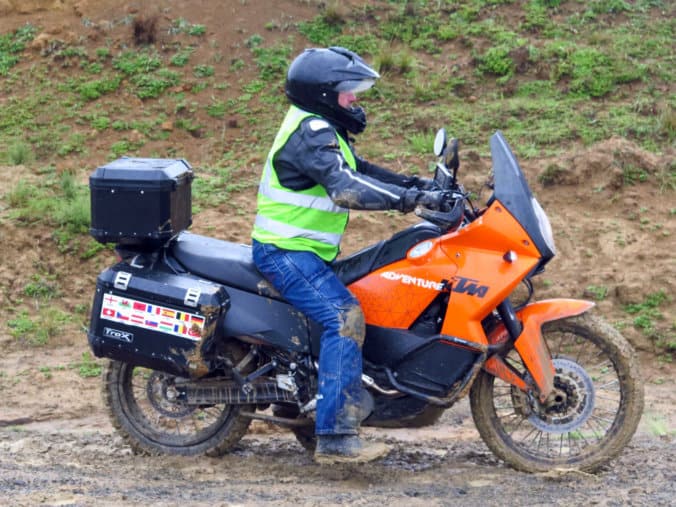 The “fun” continued and we had to dig-deep. But nothing lasts forever and once the 9km long pass was behind us the clay turned back into mud and we started progressing fast again. The 1st 80km of the day took 2 hours. 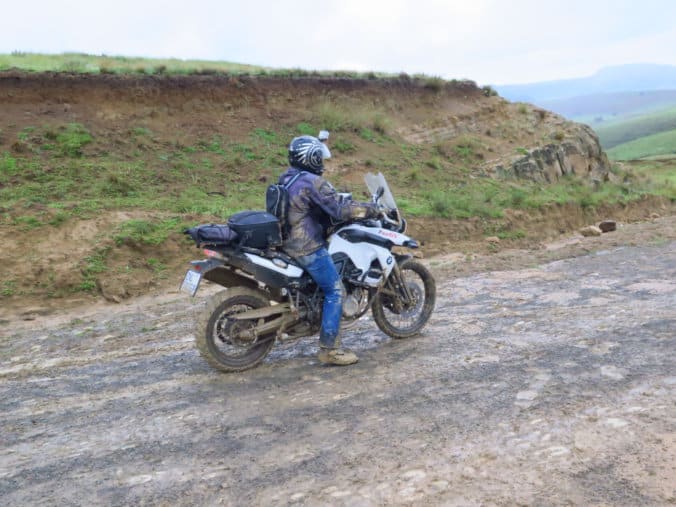 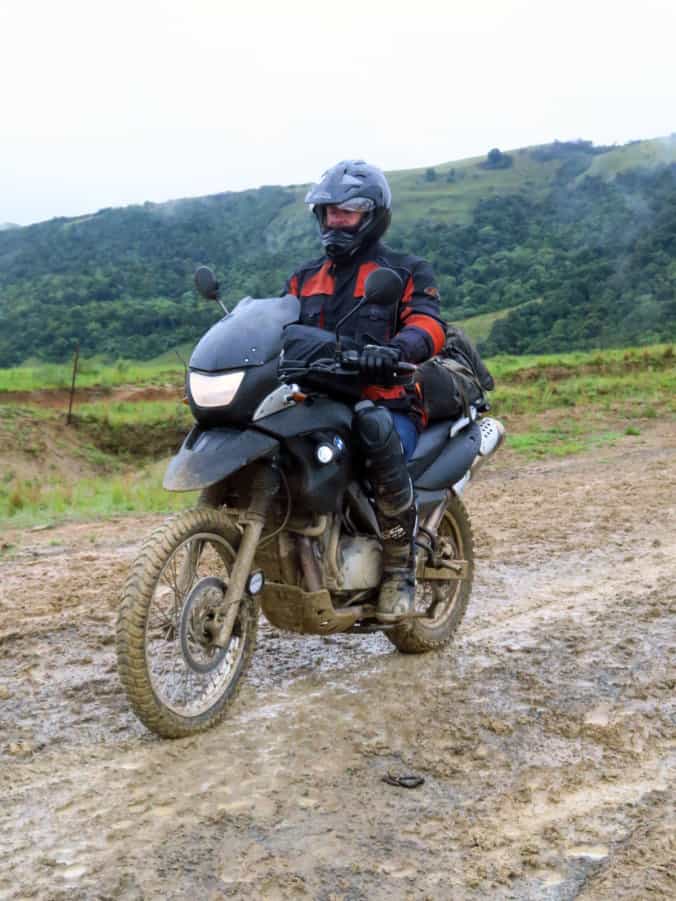 We arrived in Rosetta near Mooirivier at lunch time, had a bit and some coffee and then took the Lower Lotseni gravel road, we had 100km of gravel to Himeville, the last fuel stop before the dreaded Sani Pass.  We had a deadline to make it through the RSA Border post (which is less than half-way up the pass) before 17h00 as the Lesotho Border Post which is at the top of the pass closes at 18h00 and it takes an hour to do the last 7km of the pass. We got lucky as the Lower Lotseni road was dry and we could open the throttles.

The foot of the pass was very busy with tourists getting stuck and breaking down in their Toyota Yaris’s. There were also many tour operators returning down the pass with tourists taken into Lesotho to see a hut, eat a meal with a Basotho Family, experience their lifestyle etc. but we made it to a deserted RSA border with an hour to spare. And then we tackled the pass and I had to face my demons, (the previous time I rode up this pass on my BMW I stalled at the very last hairpin bend at the top of the pass and due to the gradient could not hold the bike up-right and it fell over, and it took some time to get going again and to eventually make it to the top. 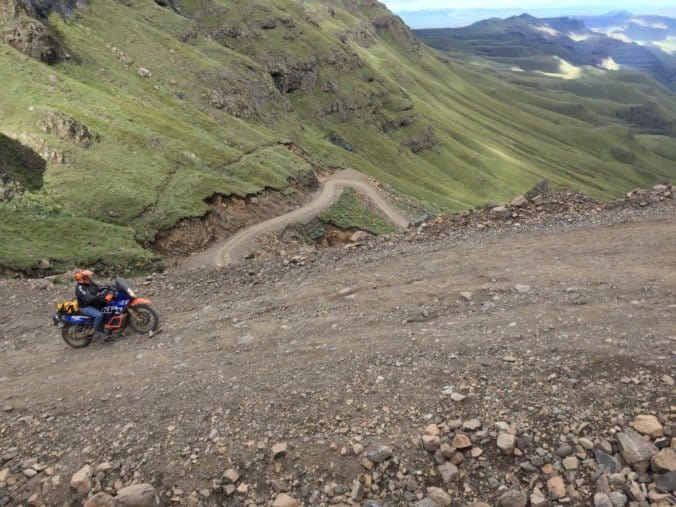 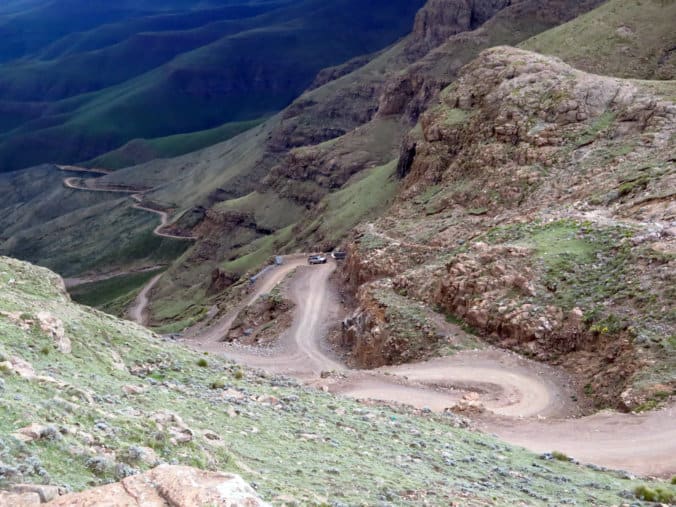 But all 5 of us made it to the top without any incident. I have obviously become a better rider and the fact that the KTM is 40kg lighter than my old BMW must have helped as well.

We celebrated our days ride a the Highest Pub In Africa. 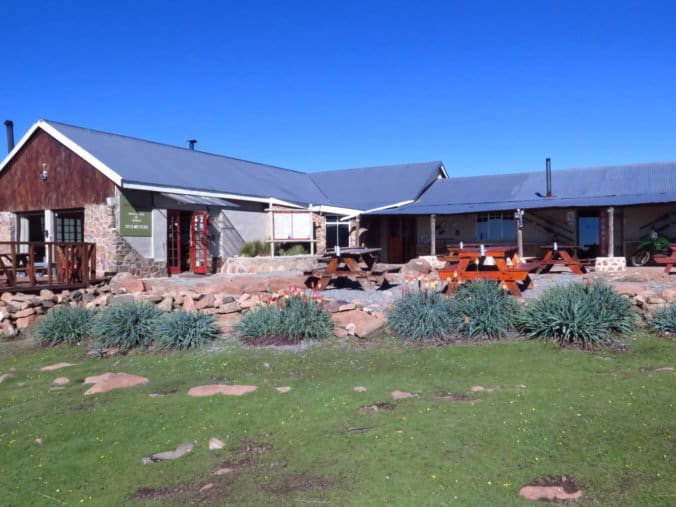 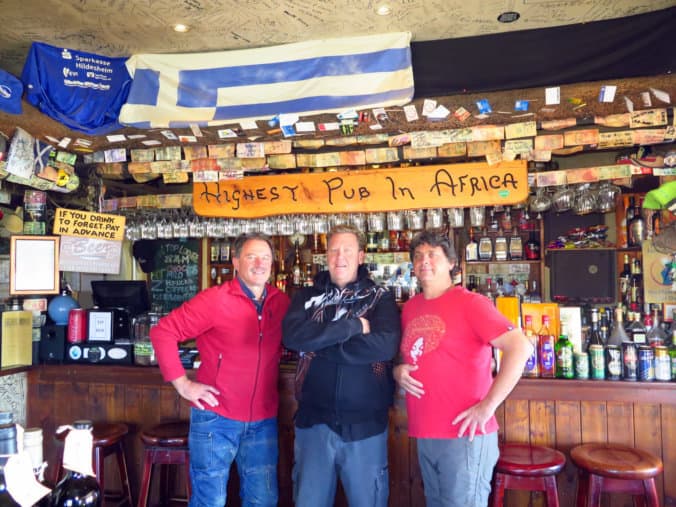 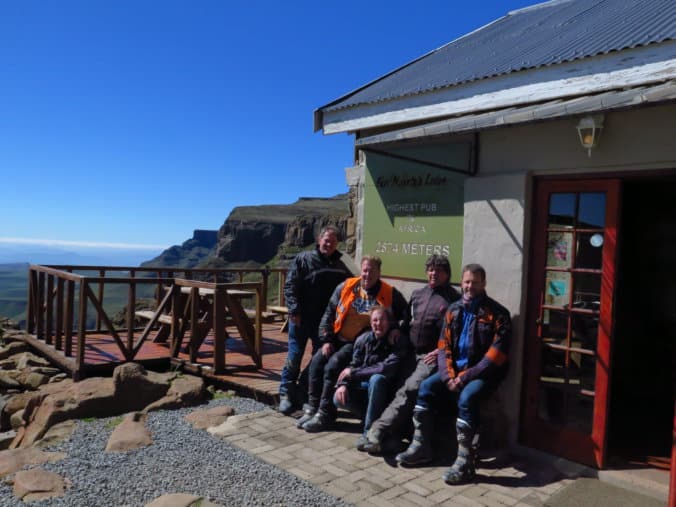 We had a lovely meal and went to bed at 21h00. The 5 of us shared a Chalet and slept on Bunk-beds, but Peens was forced to take his mattress  to the bathroom and sleep there as he is a Legend in the  Snoring Community.