The 5 of us left Johannesburg at lunch-time, but this time the 5 were not the same 5 that did the  previous trips. Tex and Pie’s “American KTM’s” were shipped back to the USA when Rocky, Peens and mine were shipped back to RSA. On this trip we were joined by two of Peens’s Paragliding Buddies, Charles & Marinus, both on BMW’s. We turned onto the gravel at Greyingstad and then got a little lost (as my GPS had some “Avoidance’s” switched on, trying to avoid gravel roads.) But eventually arrived at Cornelia where we stopped for a cooldrink at the only Cafe in town. Here we met some local Town-Folk and it was evident there was no Dentist in this little One Horse Town (the horse also died many years ago.)

Then we took the gravel road to Vrede where the 1st of many manically issues happened, a bolt holding the footrests of the BMW 650 GS snapped off, so off we went to the local Co-op where a replacement bolt and nut was bought, then we were off to the local Tractor\Farm-implement-Mechanic who drilled the old bolt out and within minutes we were on the road again. 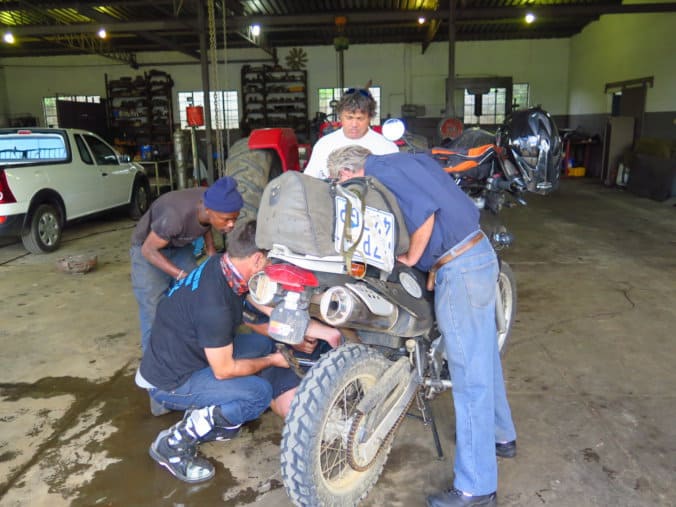 We stopped for a late lunch next to the road consisting of Curried Barracuda (caught and made by Peens) and some rolls. 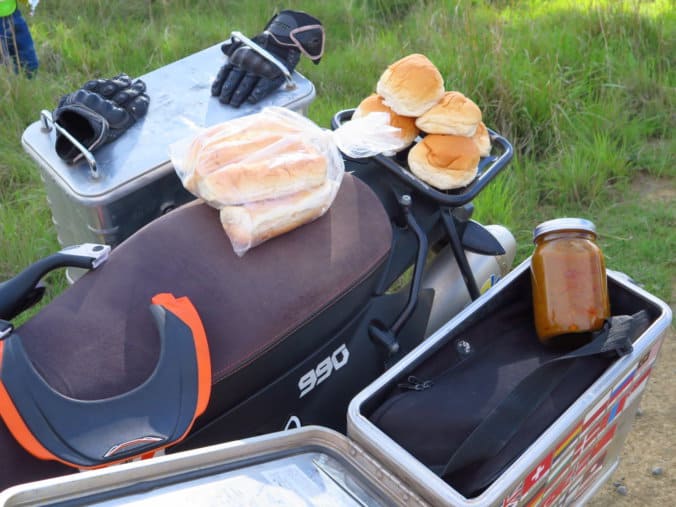 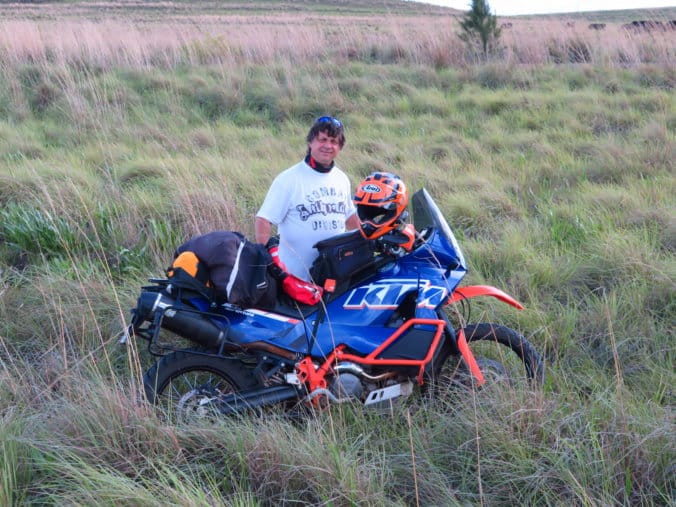 We checked into the Memel Hotel and had dinner in the pub. 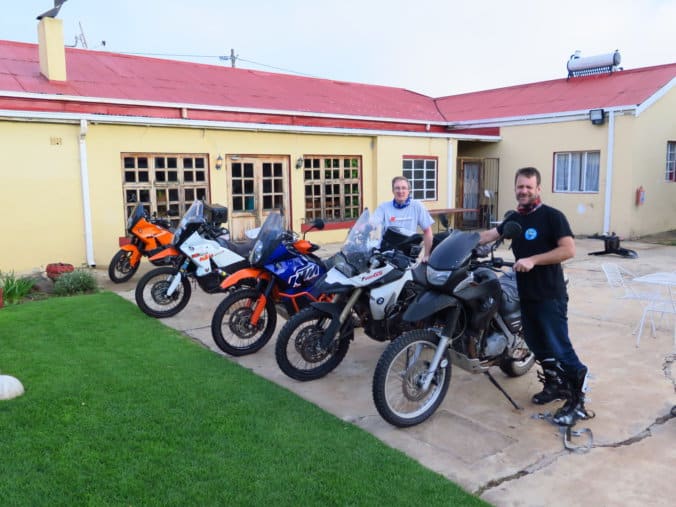 And then it started raining……..heavily, and then I got that feeling you get when old Murphy (from Ireland) silently creeps up on you and you just know that things are about to change, for the bad, and that the high-spirits of today’s ride and the fun of being on the gravel again is about to change, and things are going to get tough.

“RSA Bikes are Back” and Up-date on Lesotho, New Member, New Bikes