Last night we slept 15km out of town at a Holiday Camp at a lake, as we could not find accommodation in the town. Once again we had to drive through a little village to get to the accommodation, see photo of lake and village. 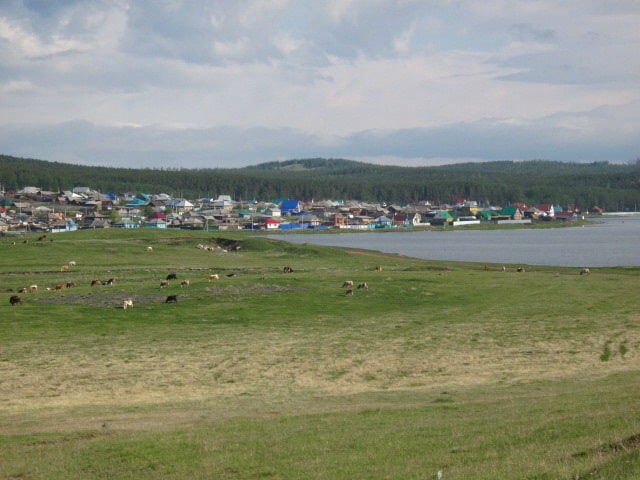 There might have been three families there with small kids, but in Russia a holiday is a luxury and very few people ever have a chance to go on a proper holiday and travel. Sergei told us his parents dreamed about travel but could never due to financial constraints.

Peens decided not to dress for dinner, which was cooked by two ladies who like the rest of the people we met in this region have very distinct Chinese features (Mongolian heritage.) We ate Pelimeni, a Russian type of Ravioli, (Sergei told us it was the food of poor students as well as rich businessmen and for R20-00 a student can buy a huge bag and put in the deepfreeze. The diference is in the quality of the meat inside. It is served without a sauce and floats in a thin clear soup. 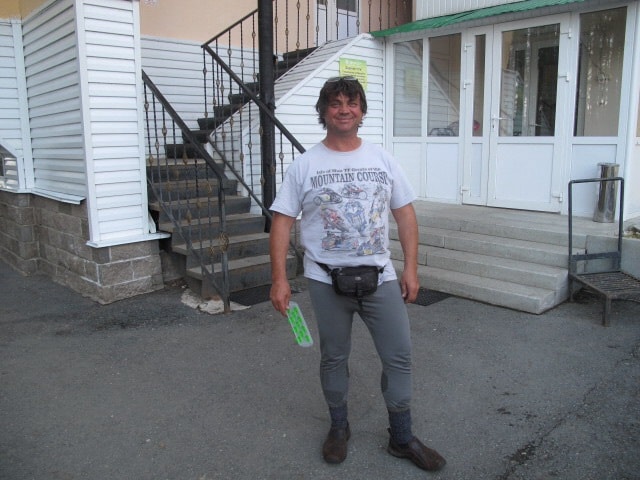 This morning Sergei challenged us fo a run around the lake. Rocky went running on his own but Tex joined him and they ran 12km. There was no breakfast and we left at 8h00, traveling North East through the colourful villages with their carved wooden windows for the 1st 100km before finding a little place to eat soup and yoghurt washed down with a “coffee” ( I wonder if I have space in my panniers for a Nespresso machine, and will it run of the bike battery?)

But as we could not find any further little twisty back roads on our GPS’s, (there are small roads and we could see them in our Russian map book but navigation would have been impossible, so we eventually had to join-up with the main road. It was not as bad as I thought it would be, it was not as busy as I thought but in my mind it was a smooth road with enough space to pass all the trucks, but we continued to get shakken and bounced around as on the other roads we have travelled. The speed limit is 90km/p/hr but even on this main road it is not an easy speed to maintain, the road surface is just too un-even and rutted. Yesterday we managed to find a gravel road into town that was actually a mud road that had dried and found it dangerous if not consentrating and getting your front wheel into a dried mud track, but today you really had to consentrate as the trucks forms “trains” when they catch-up to a slower truck, and with no option to overtake, they just all drive along at 70km/p/hr, and as overtaking for us is easy we spent the whole day “working your way” throug the train, and once you get in front it was open road for a few minutes before catching the next “train.”

We started looking for front headlight globe yesterday, we know we packed a few, but as they can break we packed them away in a safe place and now we cant find them, so the Toyota has been packed-out twice already.

We came in early today so more maintenance is being done, it is new brake-pads going in. Sergei has now been tasked to find a globe in Kurgan on the internet, we are holding thumbs.

Yesterday we discovered a painting given to Peens by the lady from Samara who did our insurance in 6hours and he thought it would be safe behind the drivers seat in the Toyota. Well, in the search for the globe it was discovered, (Peens was not with us as he took a “short-cut” even though his GPS was not working properly and came into the town from the other side, so while he waited he forgot to turn his ignition off and the his battery went flat, and his gadget was not with him, so we had to travel to jump start using the trip’s new gadget and that is why he was not with us.

Well the painting is now missing and we might have left it on the pavement during the search by accident, or someone might have hidden it, so he is not happy with is today and is suspecting foul play. 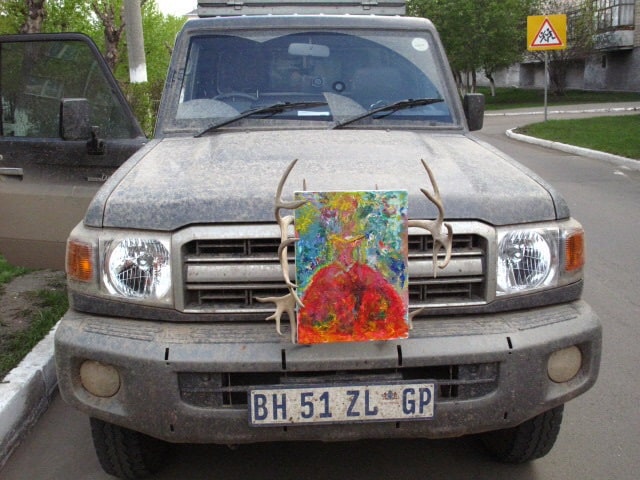 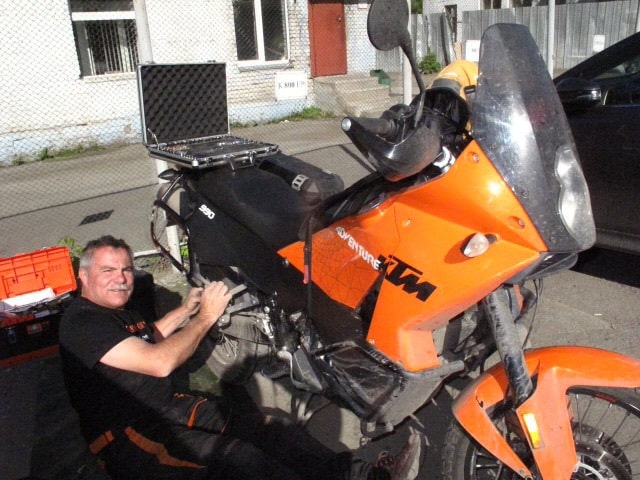 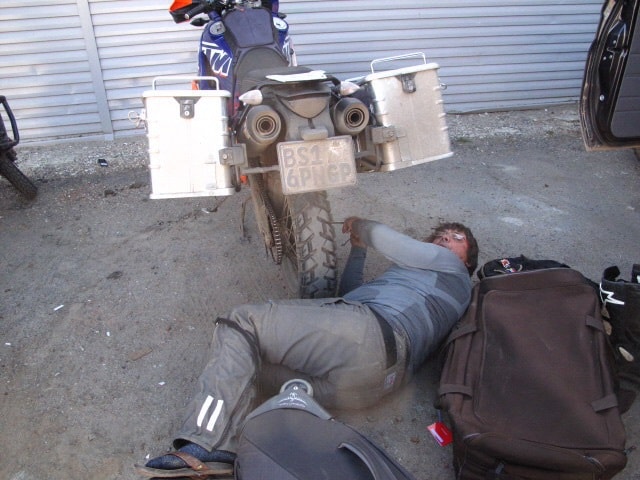 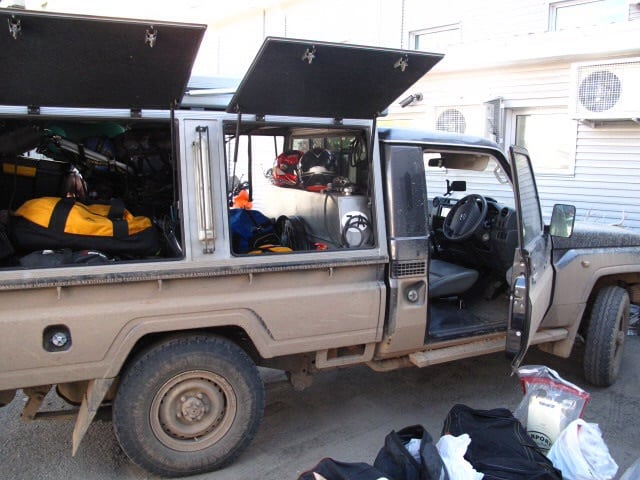 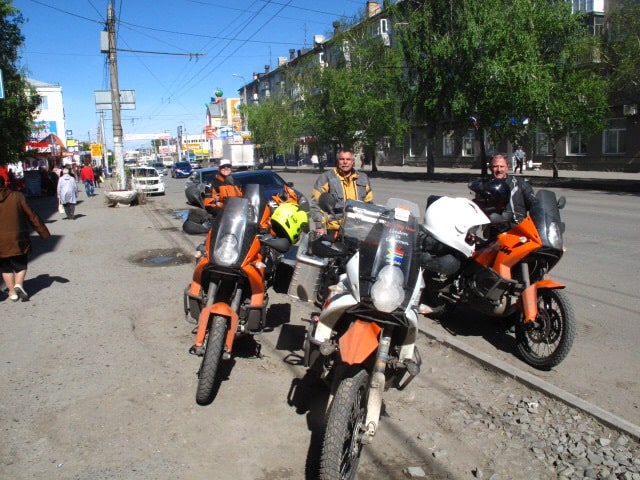 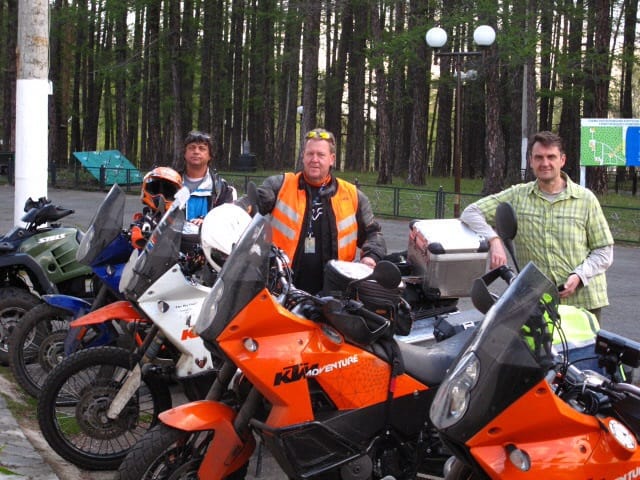