Boone is a student town, like Stellenbosch, sort of, so last night we went out for a bite to eat and a drink at The Tap House, the local student Jol. The beer was only $2-00 and the chicken wings were not to bad either. We left at 8h00 this morning and Peens had given me the honor to Lead the day’s ride. I decided to use the option om my GPS to choose that the GPS Navigate using the route with the most bends and turns in it. If we had taken the “Fastest Route Option” it was going to be a 400km ride, but with the Twisty Option it became 495km, so 25% further, which was just fine with us.

We found ourselves riding in Tree-Tunnels for the 1st few hours, and it was non stop twists and turns, and the road was damp, so it took a lot of concentration to choose the driest line through the bends. But then Peens spotted a gravel road and then the problems began, as the gravel soon turned to snotty mud and the concentration levels had to be raised a notch. I knew we were heading for trouble when we started traveling South-West instead of North-East, but Peens, being a man, can never make a U-Turn or admit to the mistake, so we continued, eventually up someone’s driveway, and when I saw the owner of the farmhouse come out into the road I thought he was going to stop me, but he simply continued feeding his chickens, so I continued past him, but spotted out of the corner of my eye, the mother and daughter running down to intercept Hennie and Rocky behind me, so by the time Peens and myself discovered the road goes into a Corn field 100m further, Hennie and Rocky were getting the sad news that the road used to run through their farm but that it no longer does, so we were forced to turn around and drive back past the farm house, meeting the mother and daughter, and I think we just might have discovered the “Missing Link” on this farm. And here are some photos of the mornings ride: 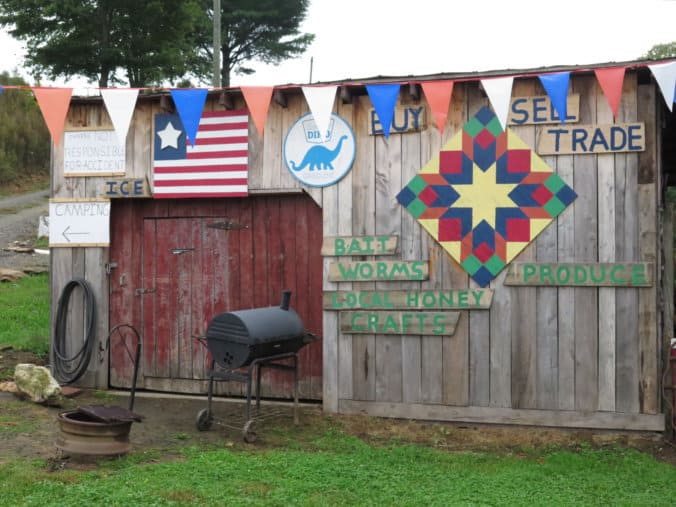 This “Shop” was still closed when we rode past. 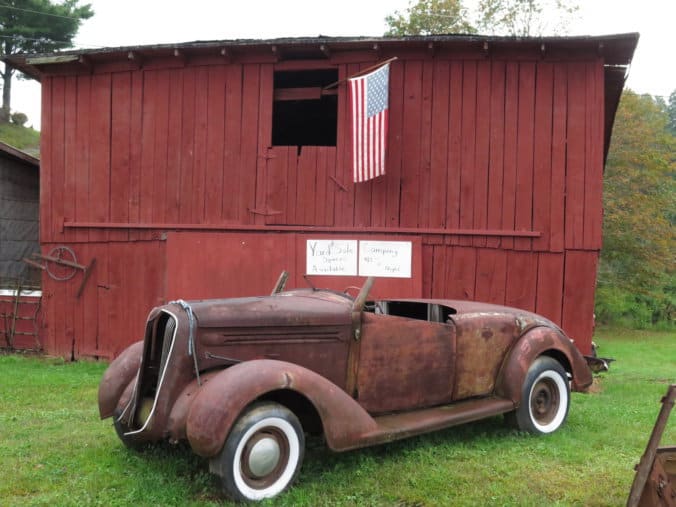 I just had to Post a photo of Dad-Ass, by far the best looking bike out of all. 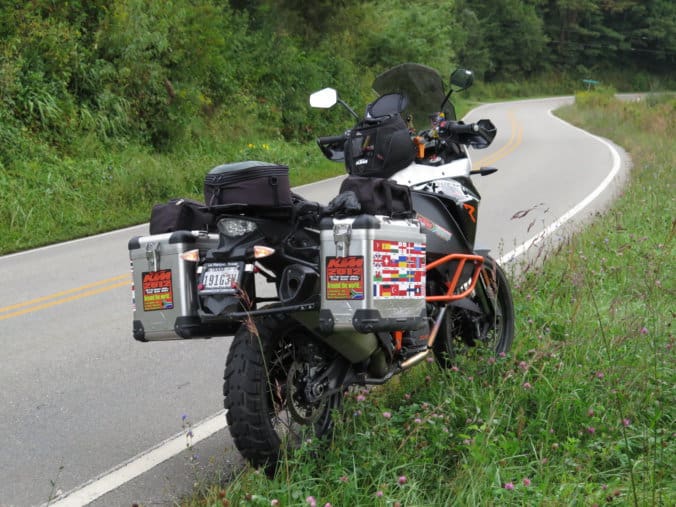 Here Peens is looking for a Gift for his Girlfriend, (for one-day when he gets one,)at this road-side “Gift Shop” 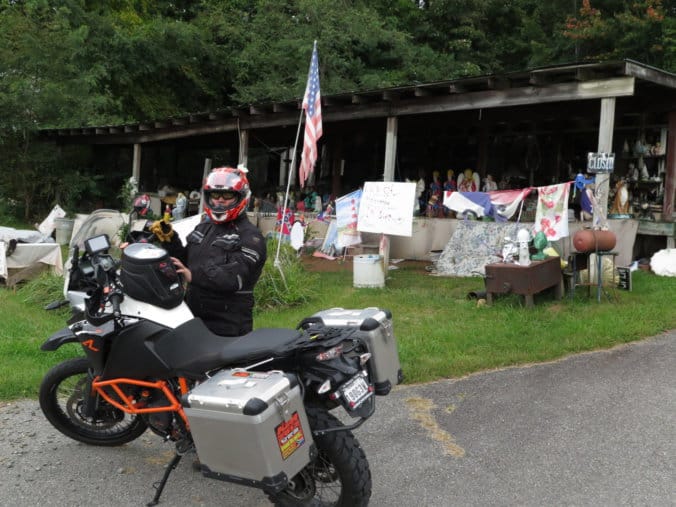 Rocky still in good spirits ( before the gravel road.) 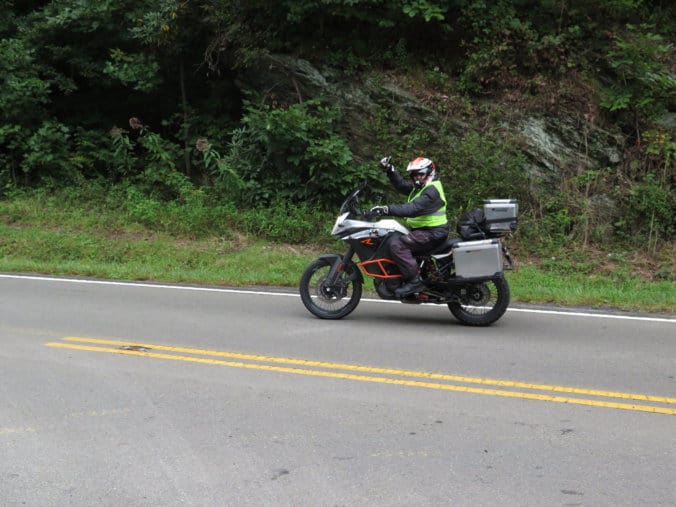 For some reason Virginia, (the state we crossed into today, out of North Carolina) “Is For Lovers” so I dont know what this bunch are doing here. 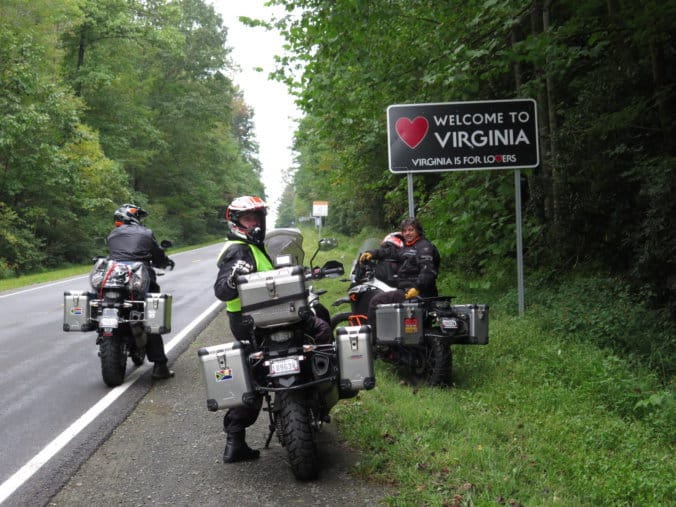 North Carolina is also the state in which the Wright Brothers launched the first airplane into the air (at Kitty Hawk, we were going to go there before our route was hi-jacked by Tour de Studebaker,) and it is proudly displayed on their number plates,  (all of a sudden our North West Province with its Corn and Mine Shafts on their number plates seems very dull and boring against this.) 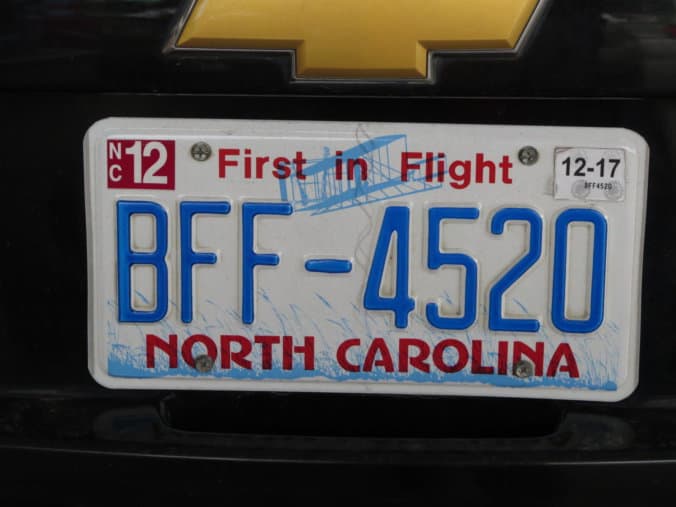 Before we took on the Gravel Road, Peens convinced us it would be nice to Braai, in the forest, near the sign saying no open fires, (just joking, there was no sign,) so we stopped at Dollar General to buy supplies for the braai (BBQ.) There is also another type called Family Dollar and it seems to just be a smaller version of Dollar General. 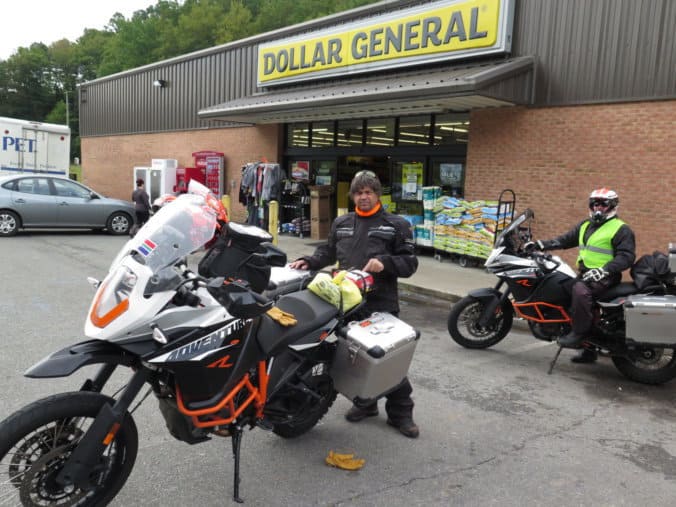 Outside the store there is a DVD Vending Machine, you simply put in some money and the DVD comes out the side, never seen something like this ‘Since My Life !!!” 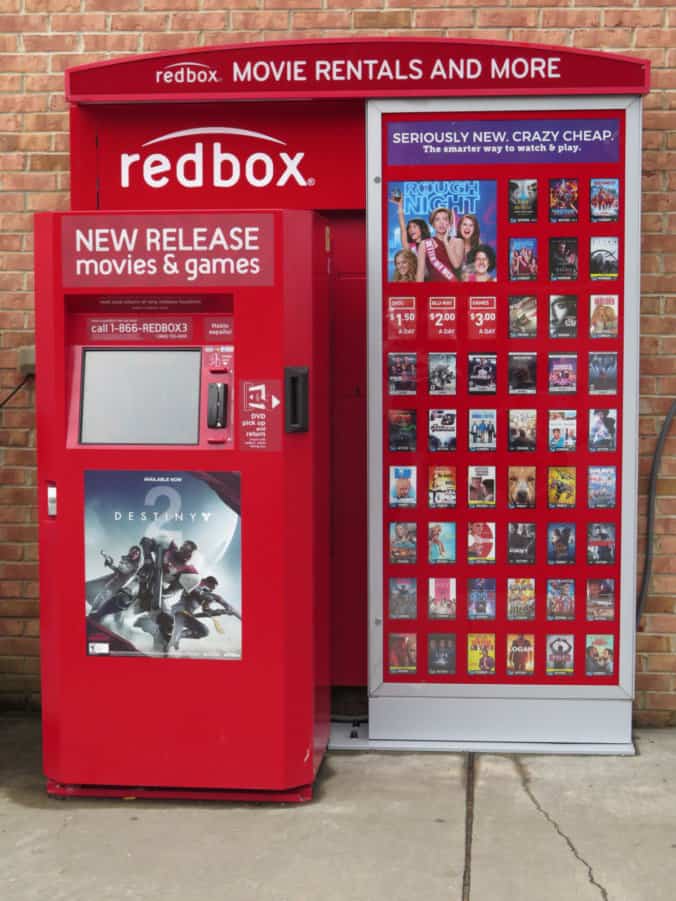 They even sell cloths, must be high fashion items, (my one sister has a fetish for buying cloths from Makro back home, she would have loved this shopping on the pavement.) 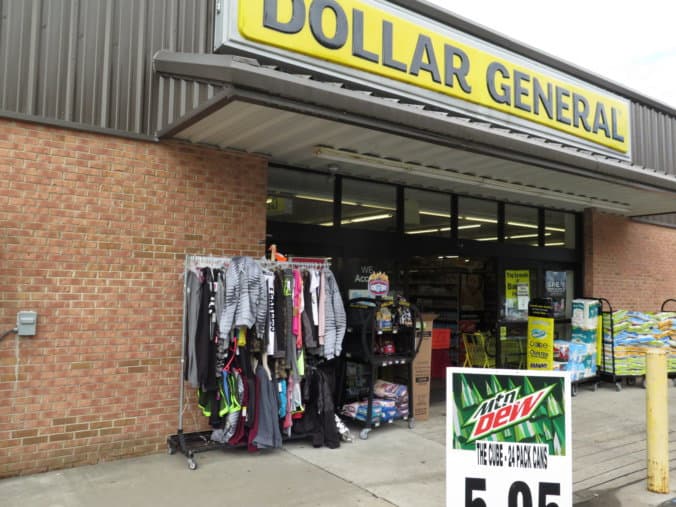 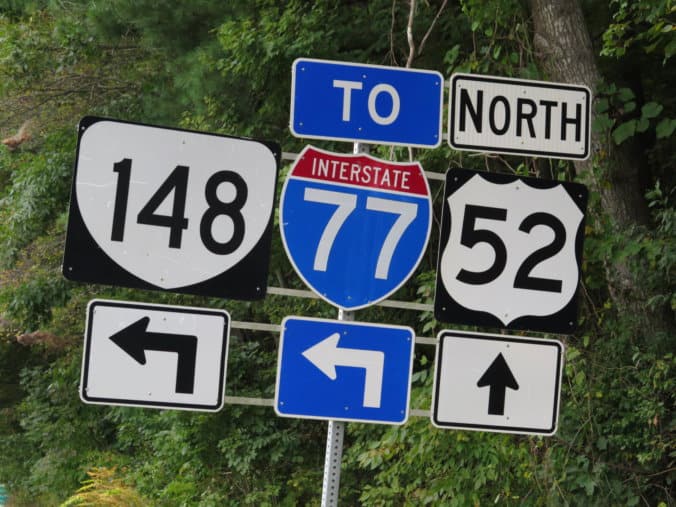 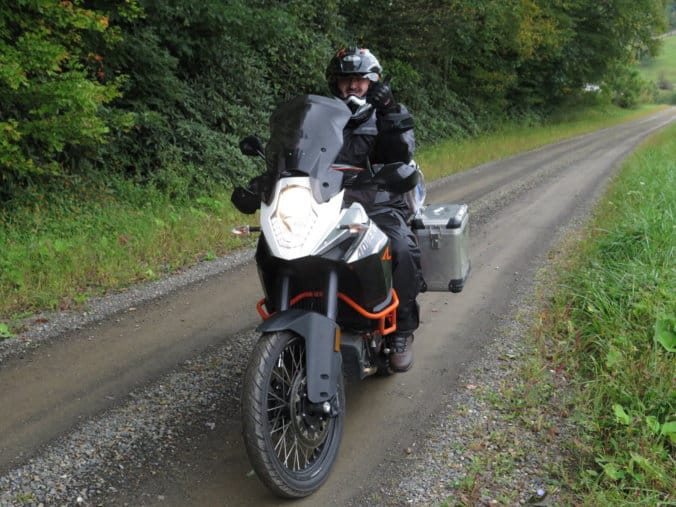 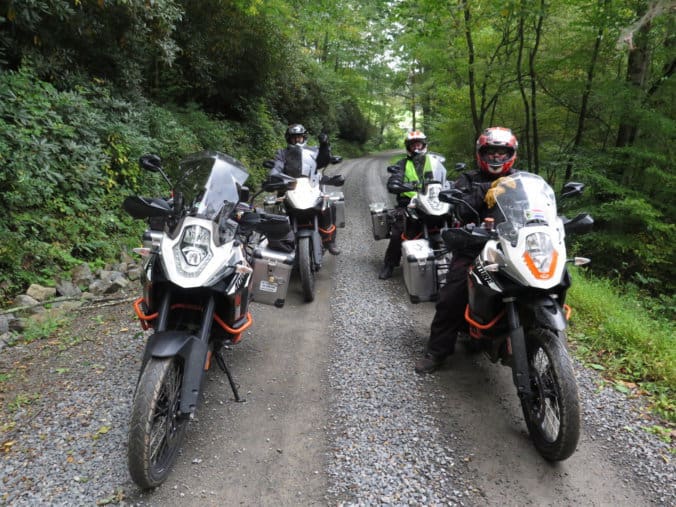 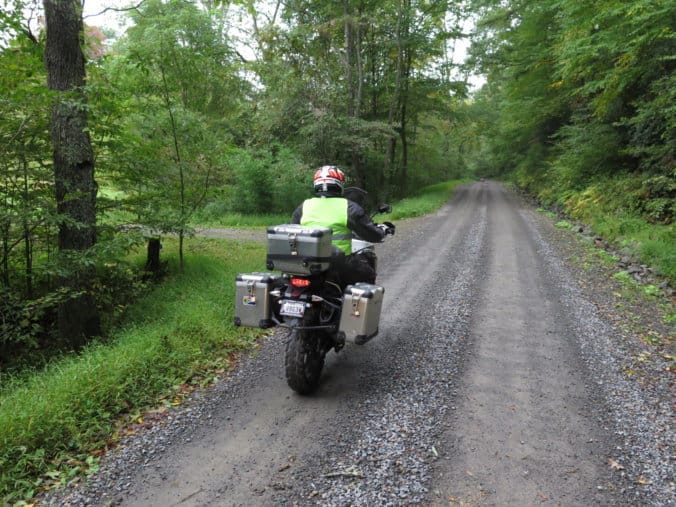 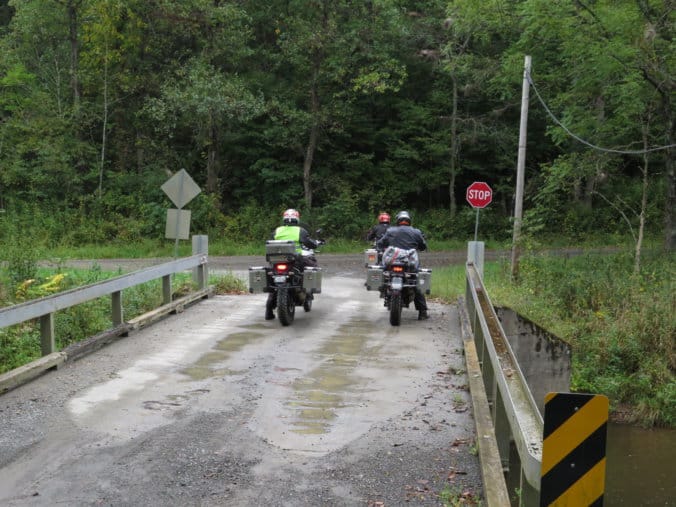 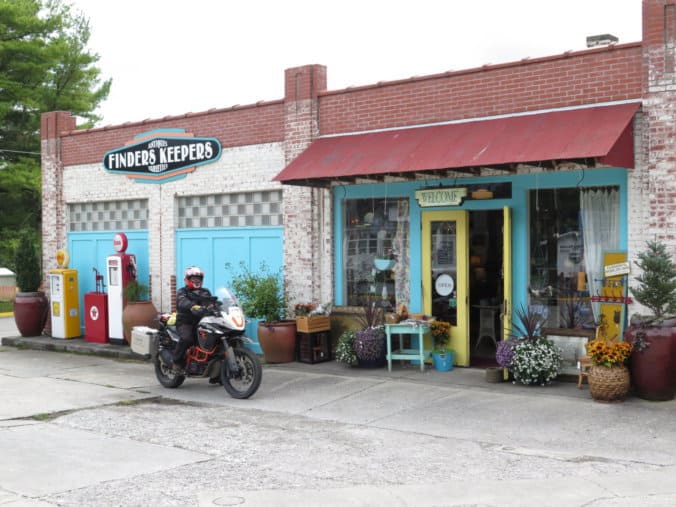 We found a small little horse trail for our braai. 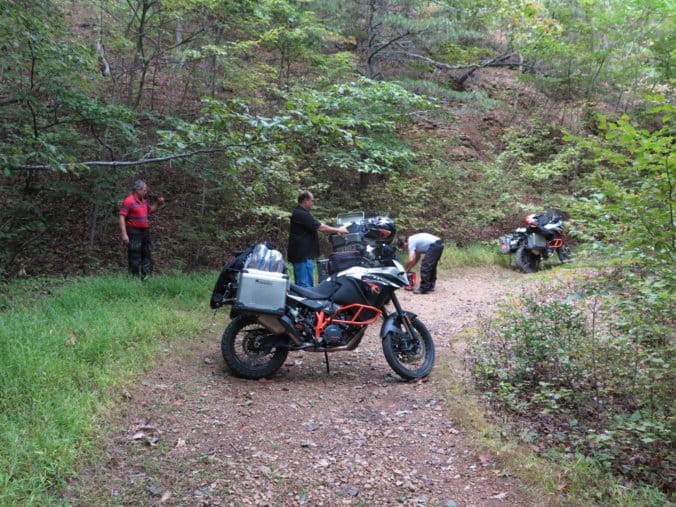 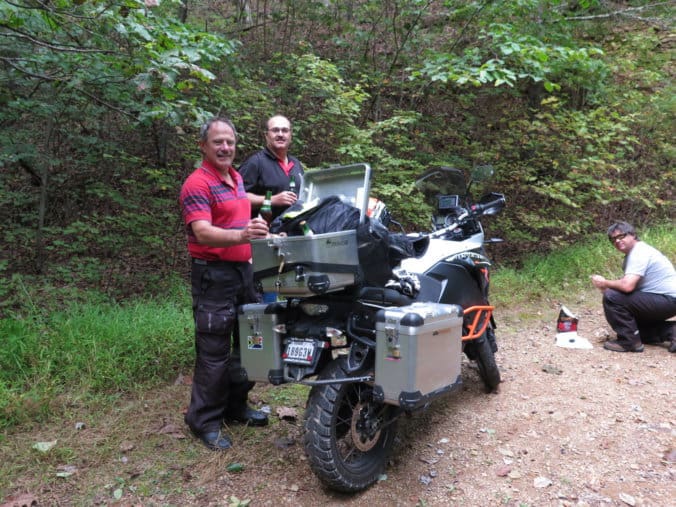 Yes, even I was there, this is what happens when you travel with others who dont have cameras, I have to beg them to take a photo of me with my own camera. 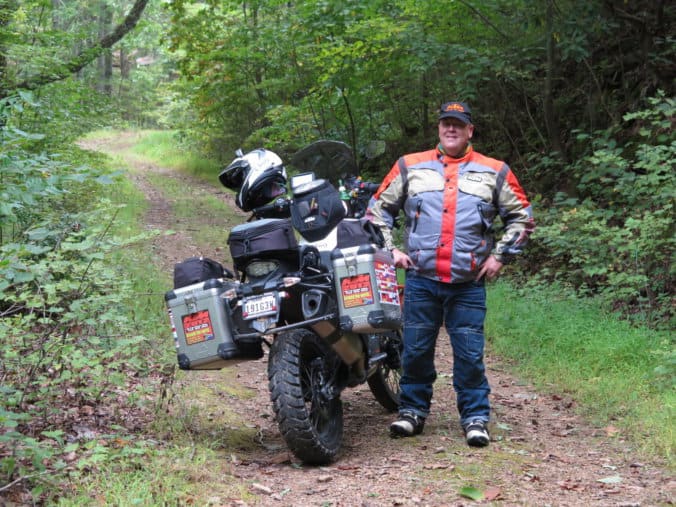 Peens was very proud of the braai he invented and built out of stainless steel, this is what it looks like. Inside it there are other parts. 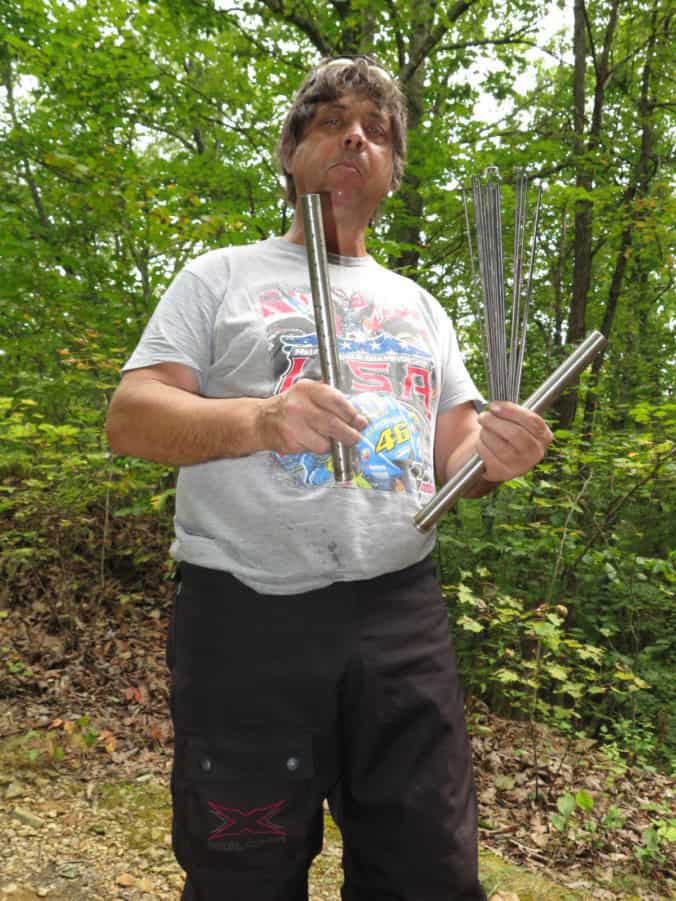 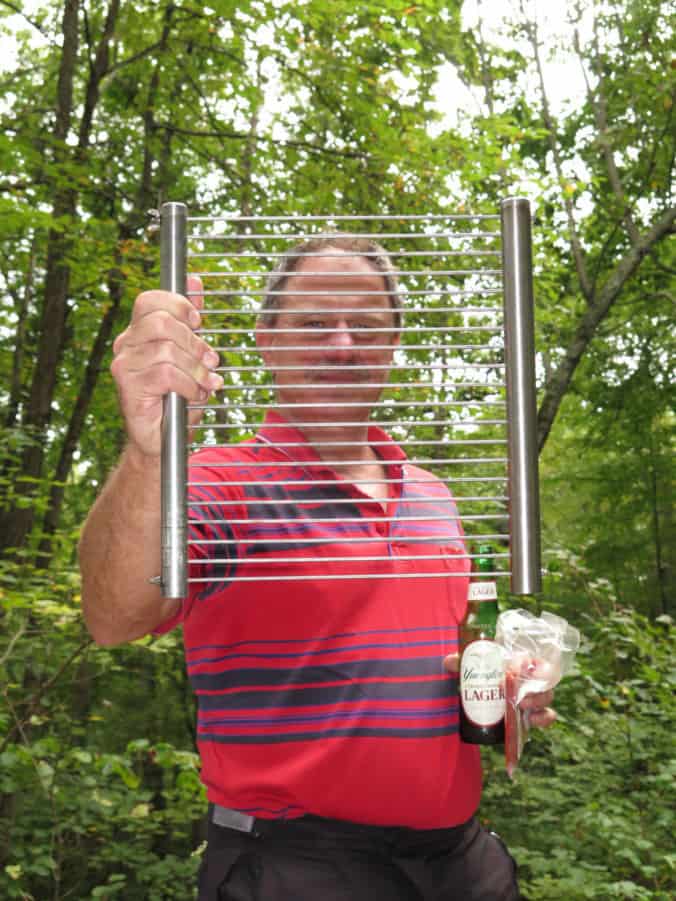 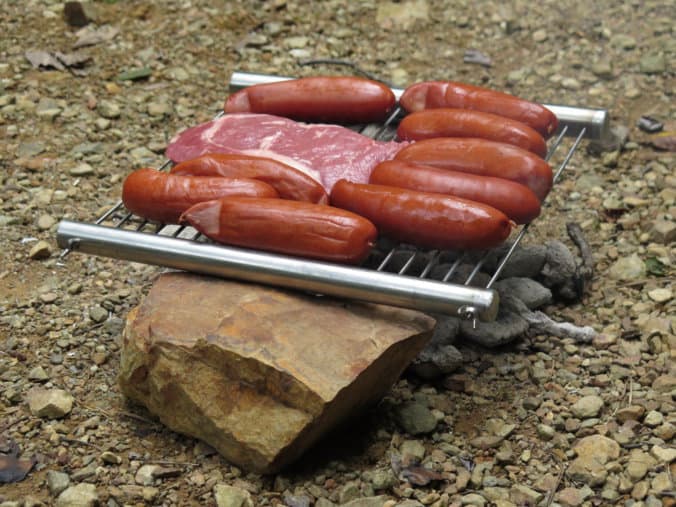 I also took some videos today with the helmet camera, but here are some of the stills : 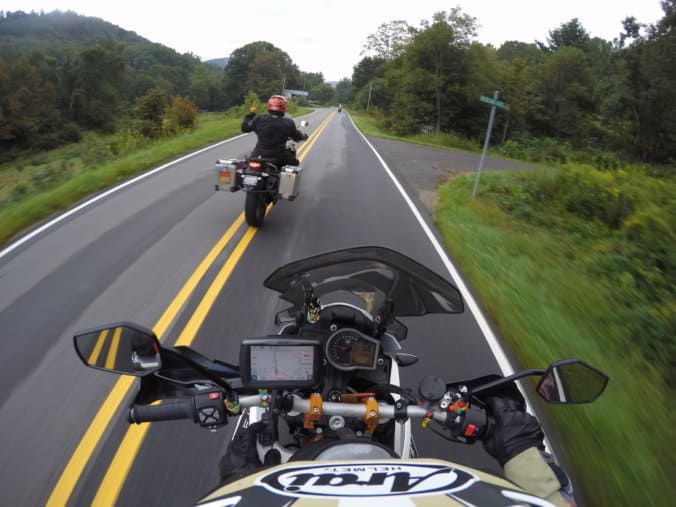 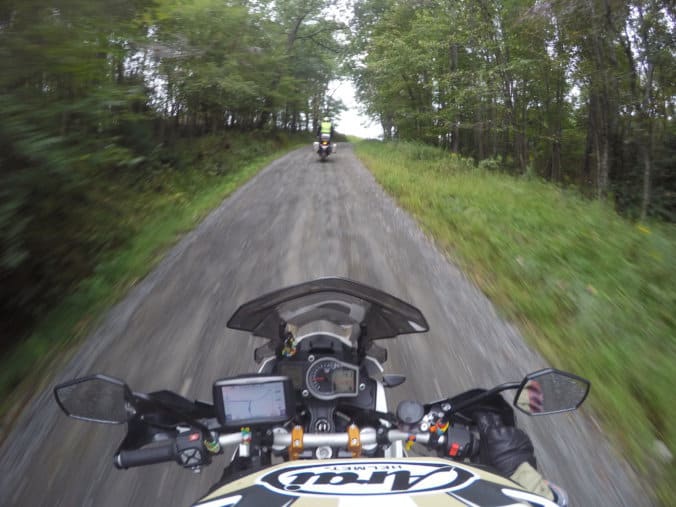 We spent most of today on little country lanes, passing many villages and settlements all ending in words like Spring, or Brooke, Cove or Hollow, Meadow or Oaks, or Something-Pines, or Something- Creek, but a most enjoyable day, (by far the best ride we have had since starting on American soil in May.) We found ourselves on the Blue Ridge Mountain Pass-way a few time today and it is truly spectacular.   We wasted about an hour on the gravel roads and did not progress in the right direction, so after lunch we still had 150km to ride for the day, and we decided to rather hop onto the Interstate High Way and ride to meet Pie at the house of a Studebaker Collector in Bridgewater, and were we in for a treat, but more about this in tomorrows Blog.