We spoiled ourselves by staying in a 5-Star hotel last nigh, (the cost is the same as staying in a Guest House in RSA.) But the real spoil is that they serve a real English Breakfast, so no Noodles and Fried Rice.

I think this blog should double-up as a food Blog (on those days we ride and nothing exciting happens like today.) Last night we once again walked to the local food market and bought a few dishes and then bought a few beers and sat outside and had a wonderful meal. We are becoming a lot more adventurous which regards to the food we are prepared to order. 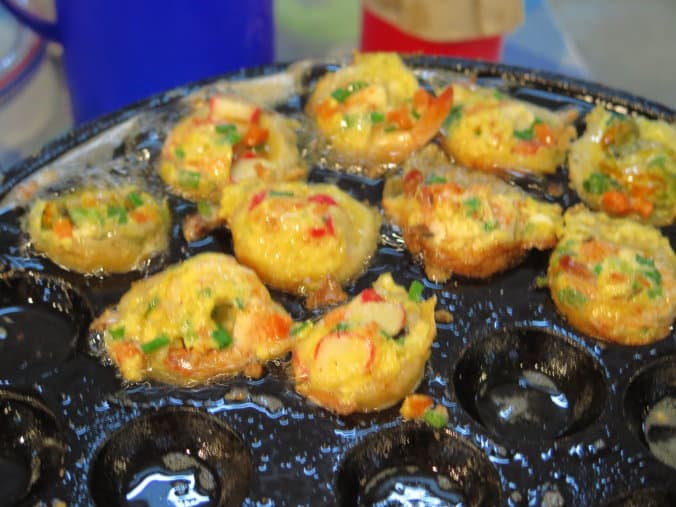 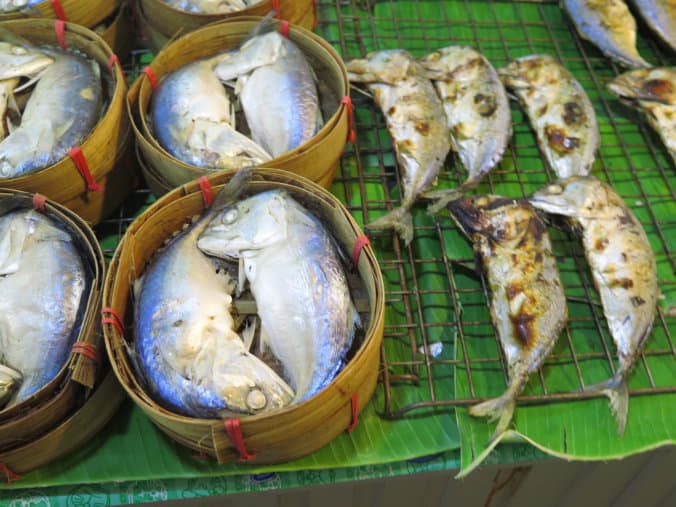 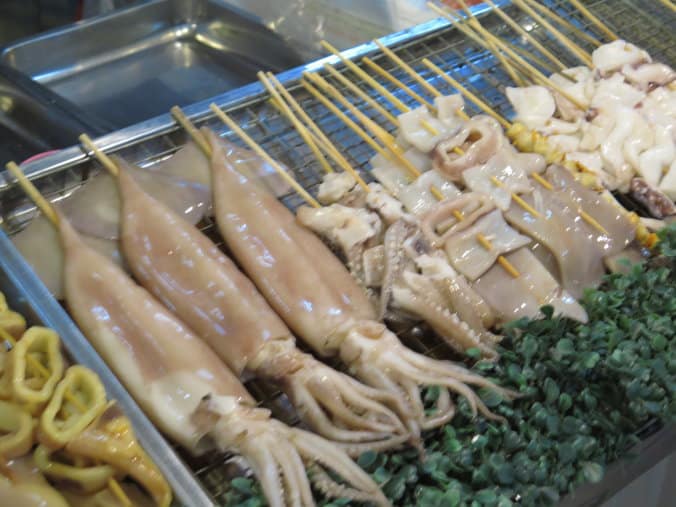 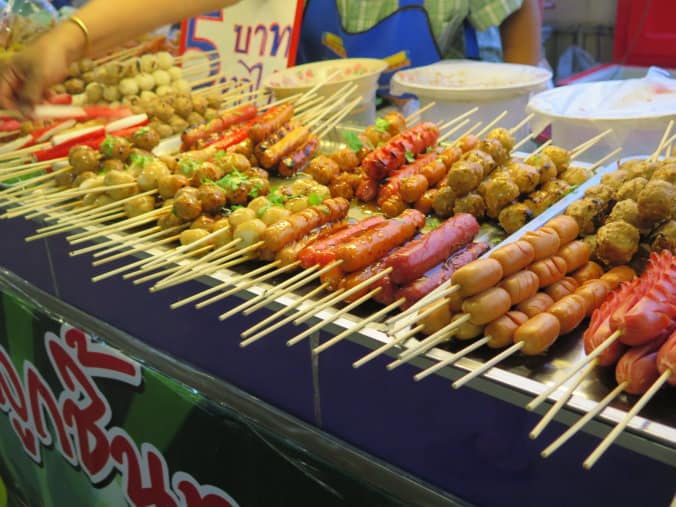 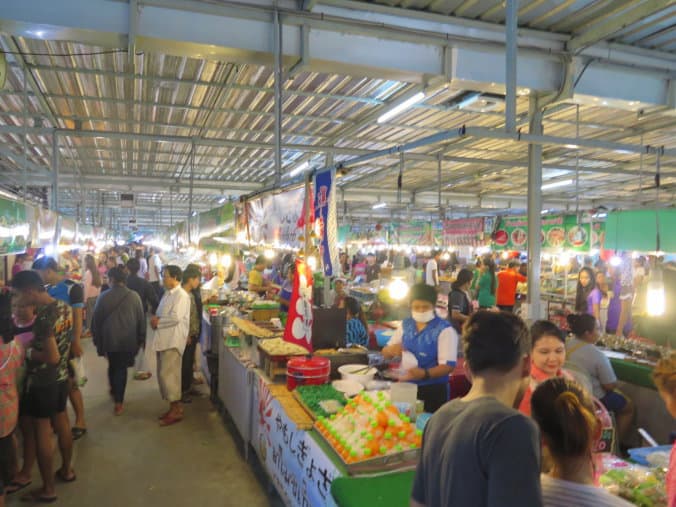 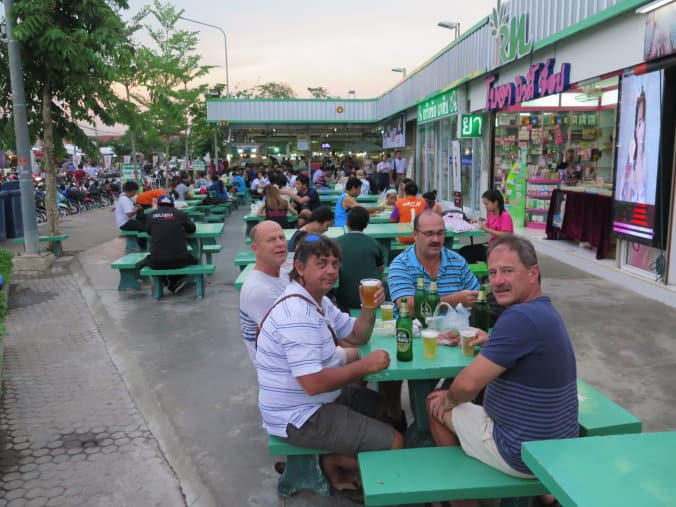 The Tuk-tuks from Laos made way for something bigger, these taxis are everywhere, and there are almost as many scooters here as in Vietnam. 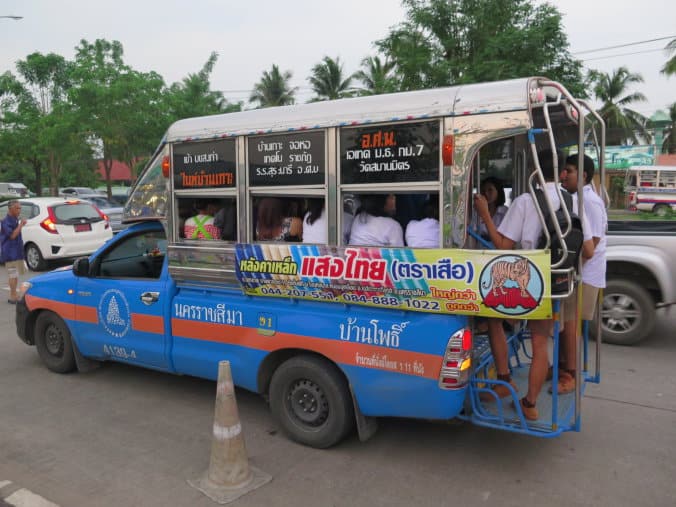 Apart from Scooters there is these “Superbike Look Alike” 125cc Hondas, (fuel injected and with proper disc brakes and wide little tires,) and tonight the dinner conversation centered around how many of these little bikes could be hidden in the back of our Back-up vehicle. (Sadly the Land Cruiser is goingto be shipped back to RSA (with plenty of little Hondas in the back.) Tex has volunteered one of his “bakkies” to be used in the USA, Canada, Alaska and then Central and South America. 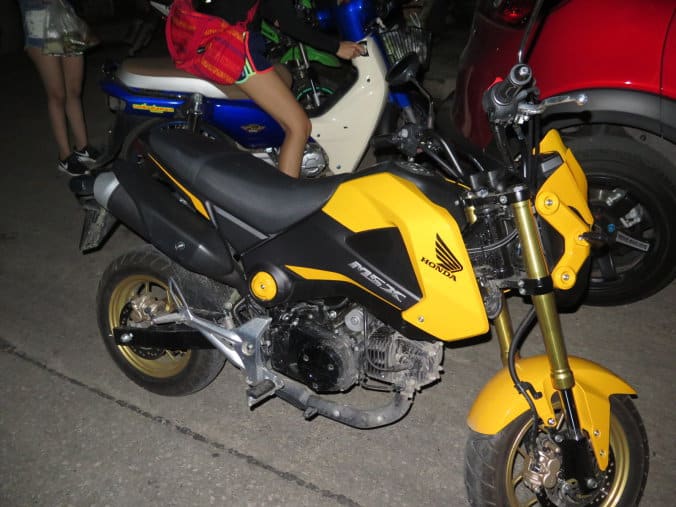 Next to the food market we found the clothing market and Peens managed to “Doll” Pie up, (we said that if he did not buy clothes the Kitty would, so he didn’t and we bought him a new set of shirts, shorts, sunglasses and assortment of hats. 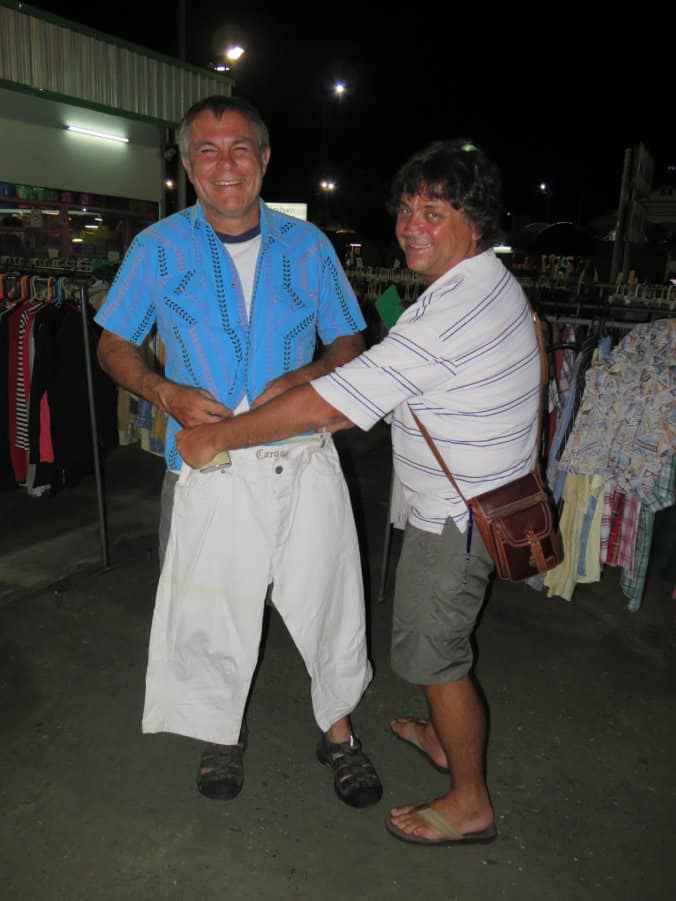 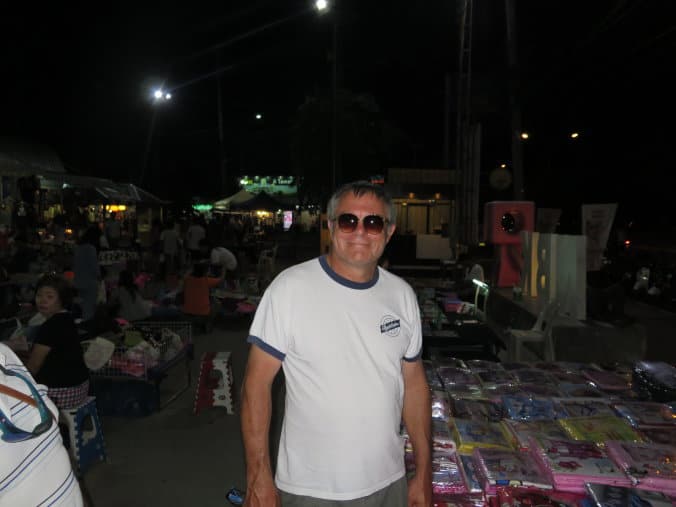 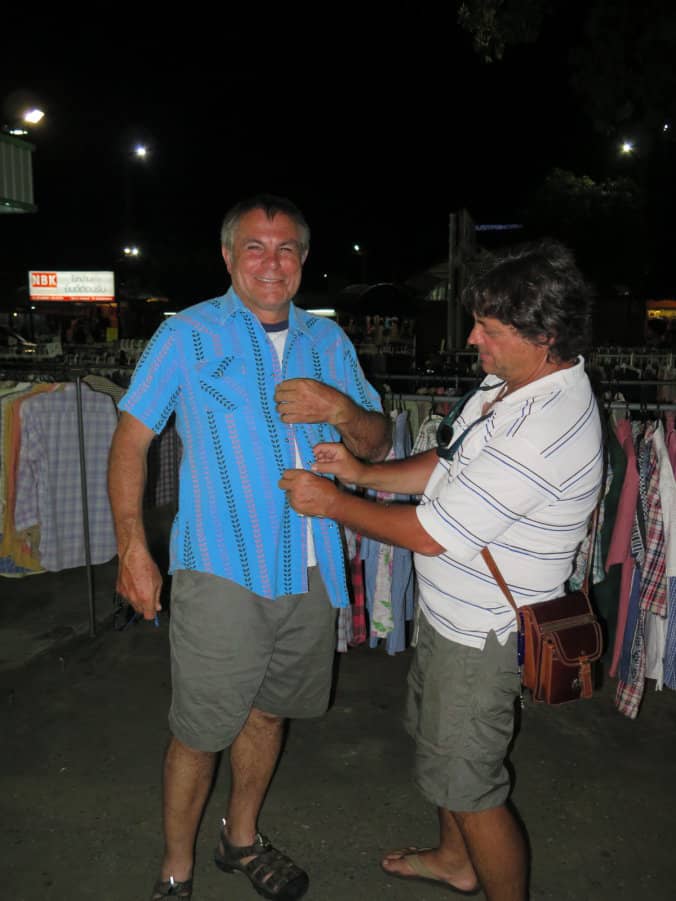 We were expecting to be on the highway for 90% of today to get past Bangkok and stay as far as possible from the Capital, but it turned out that the main road was a three lane road with additional two lanes (which are on the other side of the open storm-water\sewerage trench) which are like a separate service road, te speed limit is 90km per hour as there are trucks and cars making U-Turns and constantly cars, trucks and scooters coming into the main three lanes or going out into the service lanes where little shops and catered for everything from tiles to plumbing and Noodles to Hardware. So the going was slow, but not without incident. A navigation error from me made all of us end up off the main road and heading straight for the center of Bangkok. We then had to correct this error and ended-up under a double-Decker highway with off ramps and on ramps all connecting to the roads above and next to us, the GPS told me I was wrong but I questioned how this woman could possibly know (my GPS in Female) that we were where she thought we were as she could not know we were under the double-Decker if she told me to stay on it, but Peens’s GPS told him (she is also female) that my GPS is right and that all 5 bikes and the back-up vehicle should jump the concrete separating the highways, which we did and then the navigation got worse as there were some roadworks and closed lanes and before we knew it we were in the front of a toll-booth leading onto another highway which we knew we did not want to get onto. Once again we all jumped onto the wide concrete slab separating several highways, only to be approached by a Traffic Policeman, on foot that was watching the cars entering the Toll-Road. We showed him on the map where we were going and he waved at us to follow him through the toll-booth, he then jumped on his motorcycle and did a U-Turn into on-coming traffic and waved at us to follow him, the then drove into the oncoming cars and trucks and showed them to stop and let our little convoy drive through the toll-booth but in the opposite direction. Then we followed him doing several more illegal driving maneuvers before he got us on the right road.

Then we hit a the mother of all traffic jams and had to start riding in the emergency lane like all the other scooters, but Hennie in the Land Cruiser was stuck, so we decided to stop at one of the little restaurants lining the road and wait for him. I turned my bike around next to the sewerage\storm-water trench so my headlight will attract his attention so that he can switch lanes to be able to exit into the service lane, I got off but then I realized that it was not very safe to be so close to the main road and started wheeling my bike back to as far as possible away from the road. Then the Cruiser came and my plan worked well until I got back onto my bike, as my weight went over to the right I put my foot down, but because I moved it there was no longer any road on the right hand side of my bike, and I lost my balance and fell over, falling into the sewerage trench filled with rotting water, I fell on my back and went under, emerging with a baby’s nappy accros my helmet’s visor. Needless to say, to great amusement of “my friends”. I found a tap and washed as much of the stink off me, but only now after a proper shower do I feel better. Here is a photo of the trench : 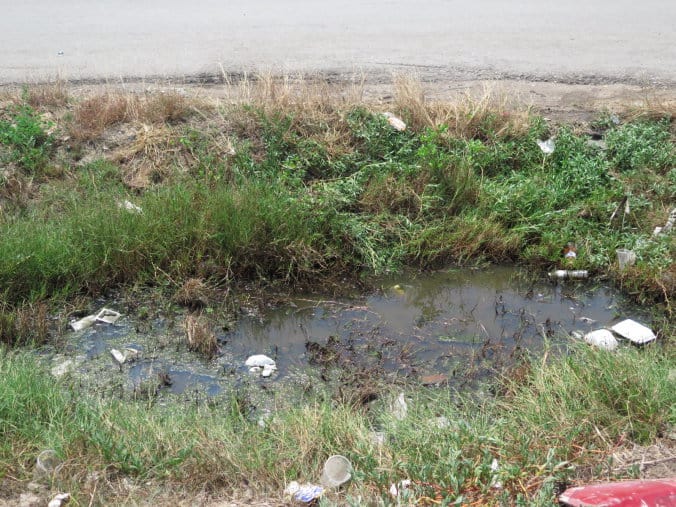 But eventually we got of the main road and saw the sea for the 1st time since Norway. We then meandered down the East coast where there is a lot of Salt Mining. The seawater is left to evaporate until only salt is left after all the water has evaporated. Note the pink colour of some ponds, this is because there is a higher concentration of salt in those ponds. 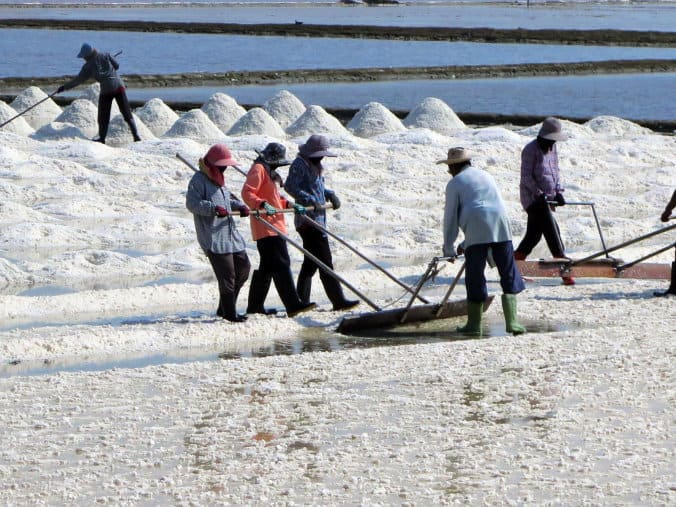 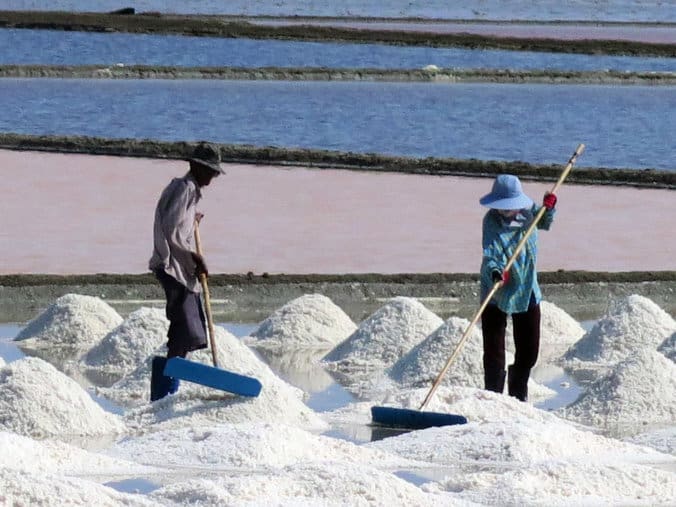 Fishing is also big and we passed this little fishing village. 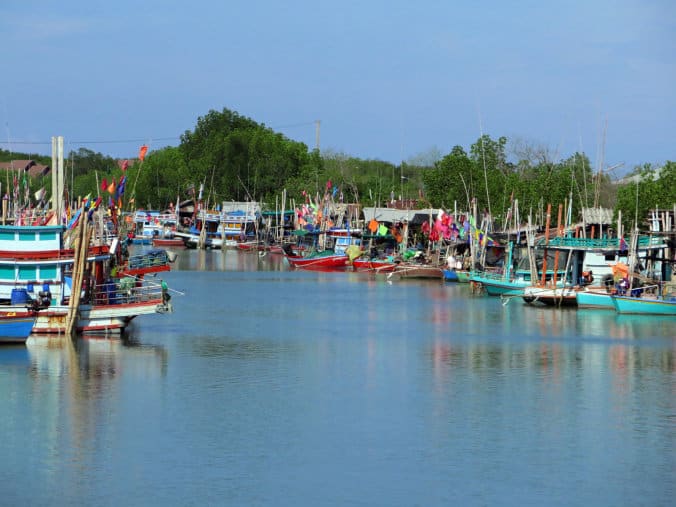 After having a “shitty-day” (literally) and because I wanted to get into a shower as fast as possible (my “friends” had been telling me how the toxic water that had entered my body was busy “eating me” from inside) I chose the 1st little beach ‘resort” we could find and I opted to pay a premium over and above what the Kitty was paying to get the room with the best view, on the beach. But alas, this also worked against me as now all “my friends” in the ‘cheap-rooms at the back has taken over my sea-view patio and enjoying a sun-downer while I have to try and work above their loud conversation to post this blog, maybe tomorrow will be My Day !!

Note the giant towel calamari on my bed. 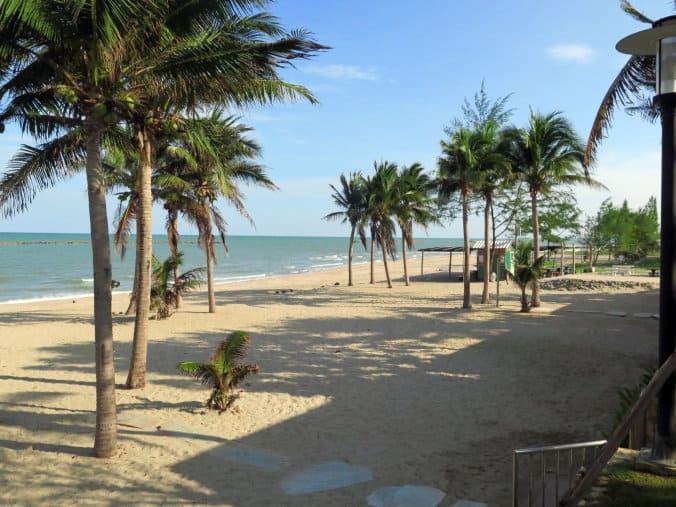 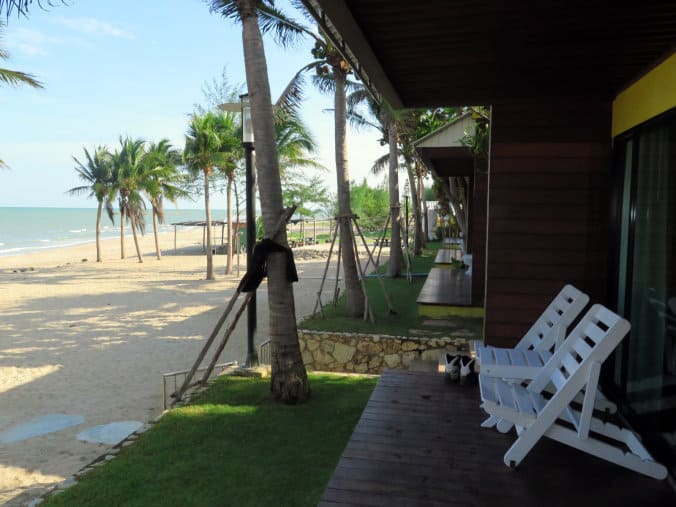 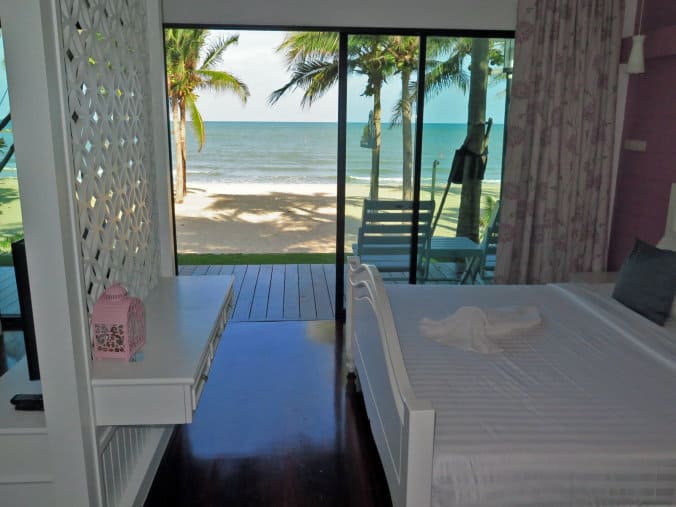