I woke-up at 6h00 Yesterday morning and have not stopped running or slept since, and it is now 22h30 Thursday night, 40,5 hours later. And we have now only done three of the four flights to get to Maung Xay, we have the last flight tomorrow at noon, and we almost did not make it to Vientiane, (the capital if Laos,) as the aeroplane we were sitting in at Bankok airport developed a technical problem and we had to disembark after sitting inside for 30 minutes and move to another plane. We moved faster than they could move our luggage and the flight was delayed by 2 hours, the exact margin we had to make our connecting flight, so as we landed they were closing the boarding gates, but Singapore Airlines must have spoken to Thai Airways in advance as there was a member of the ground-staff waiting for us that took us to the gate.

This afternoon we took a stroll along the banks of the Mekong River, and even though this is the dry season, and it is a drought, the river is impressive. 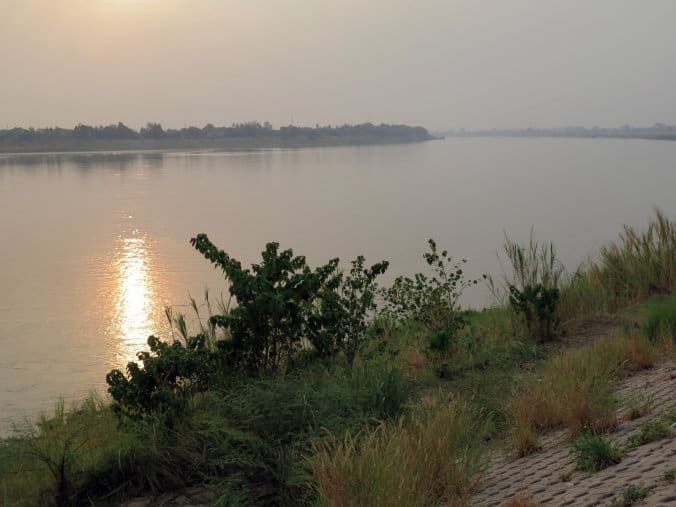 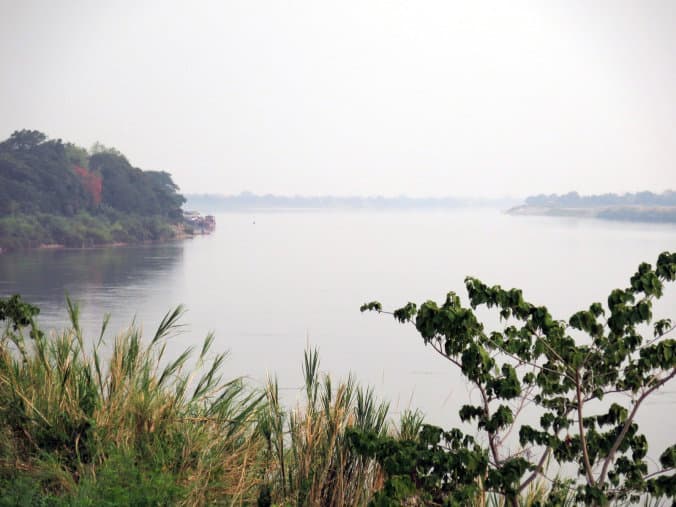 We stumbled in to a Karaoke Restaurant and I was once again shocked to see how our cultures differ as the 4 work-buddies at the table next to ours took turns to sing their local Pop-Songs, but with passion, believing they sound better than the original artist, even switching to a falsetto every now and then before continuing their discussion about sport or something once the song finishes. 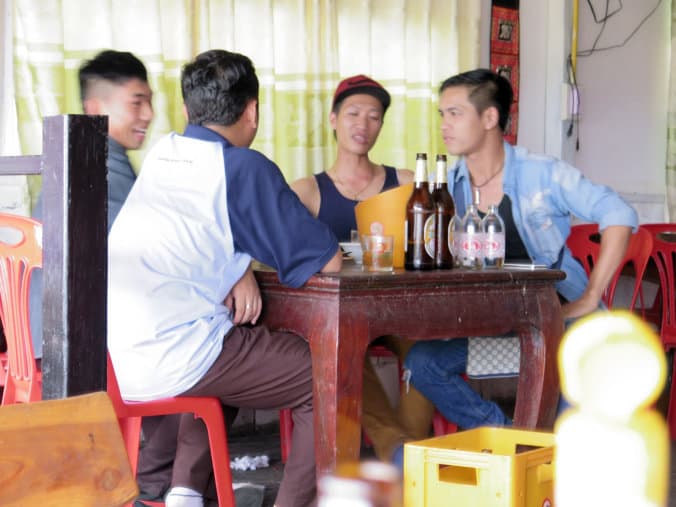 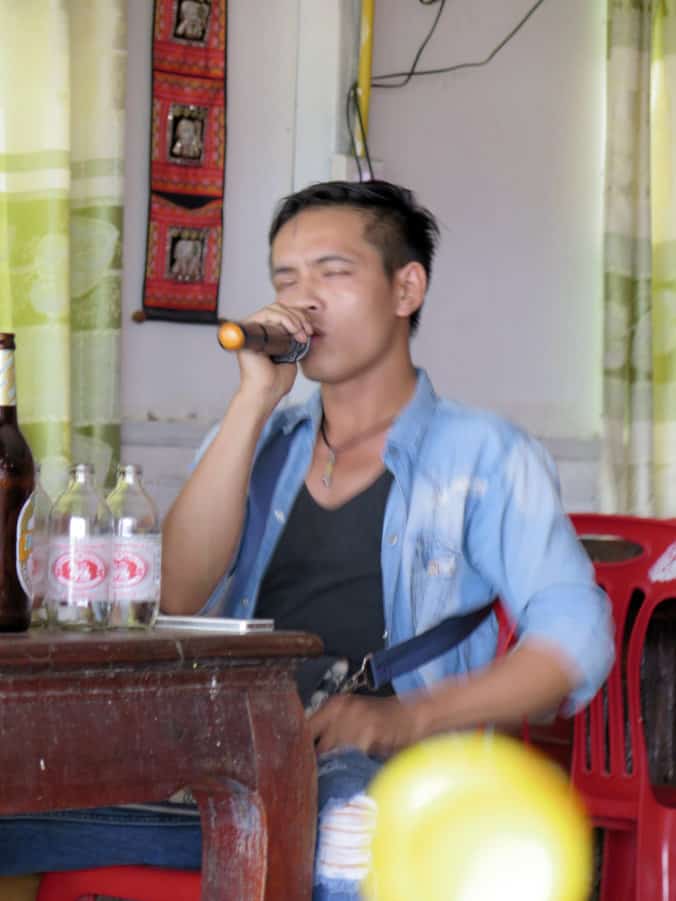 We strolled though the market, I bought some pop-up cards and Rocky stopped to look at a birthday present for his wife. 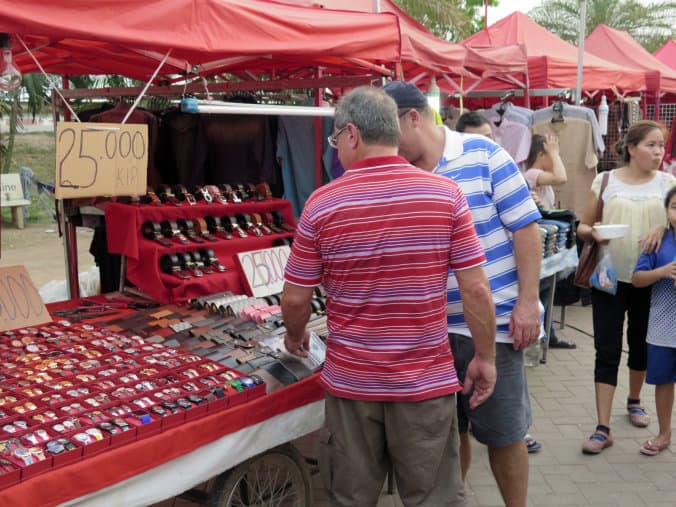 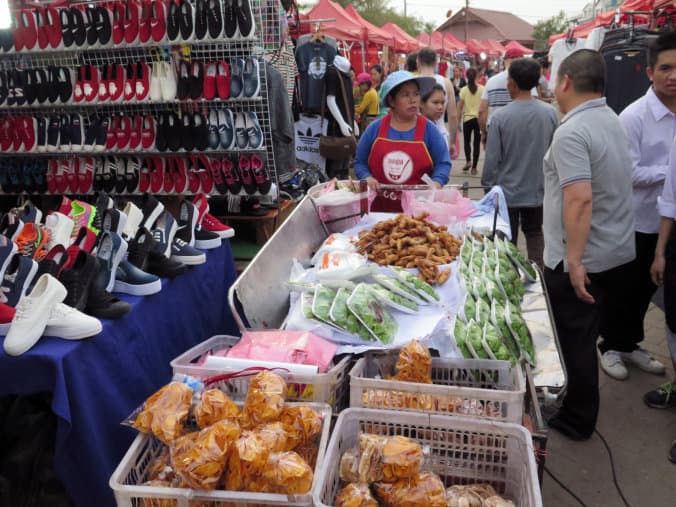 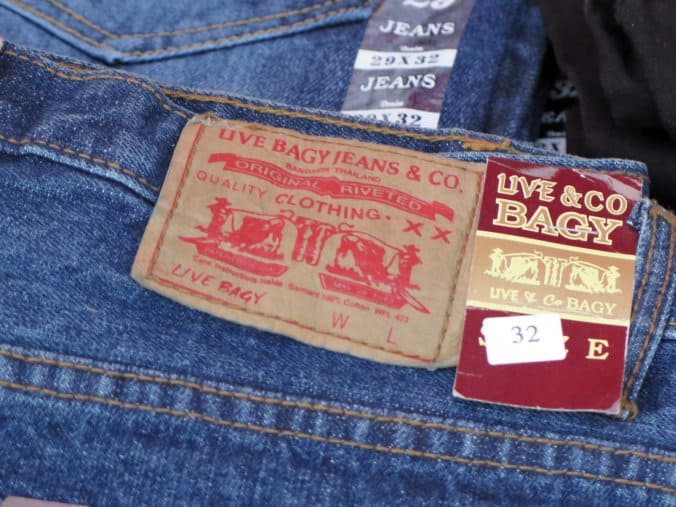 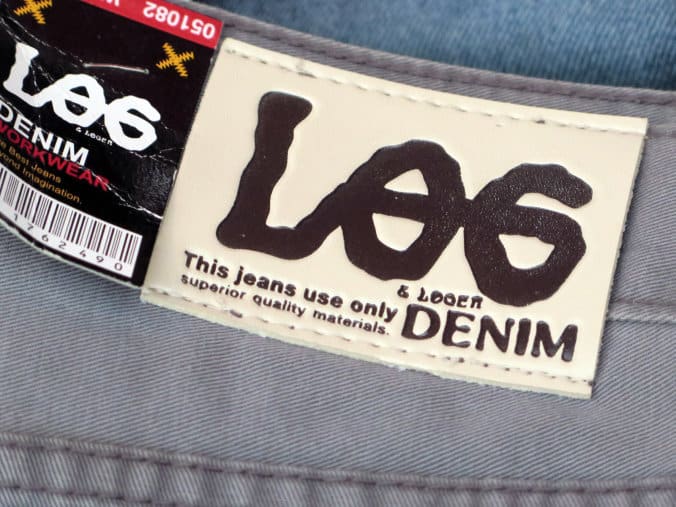 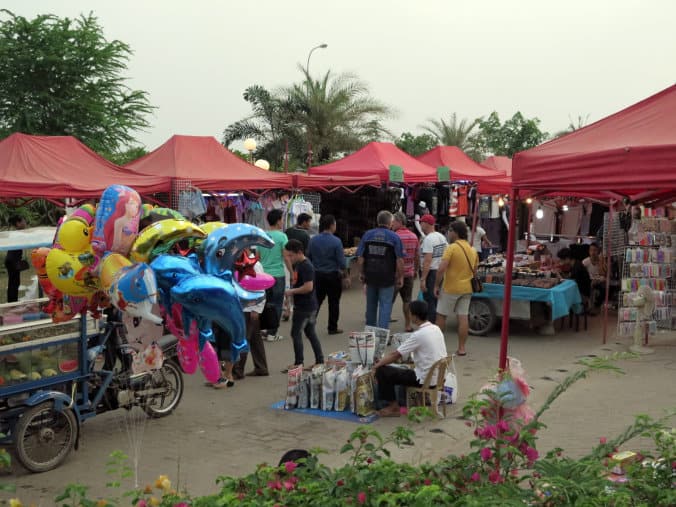 The currency is called Kip, and to convert it back to Rand, you double the price and then throw away three 0’s, so these shirts cost R20-00 each. 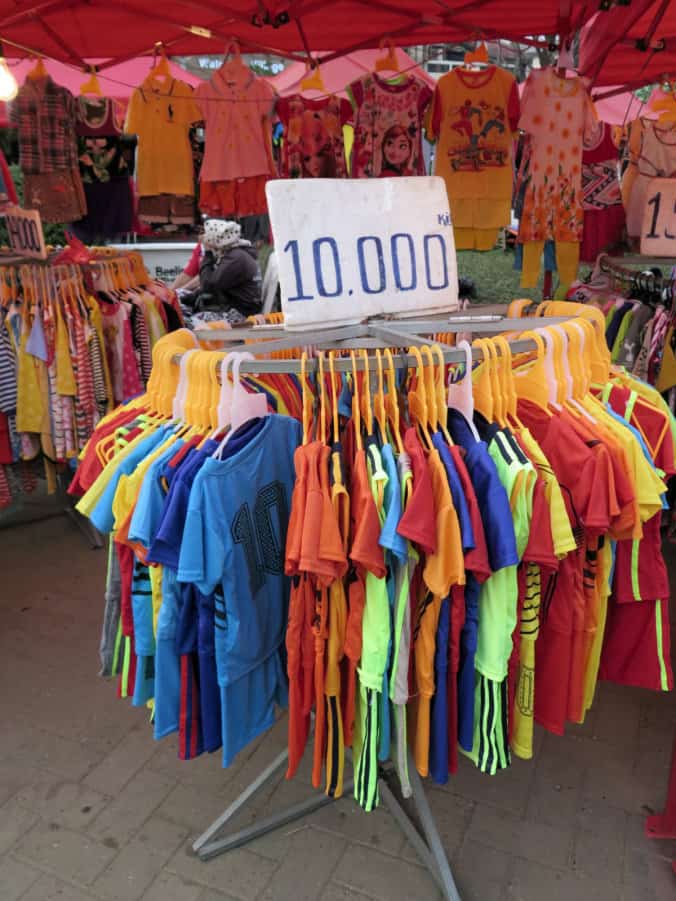 We found that there was a lot of activity along the river with Beach Volleyball plaid on the banks of the river and many Aerobics groups dancing away to the rhythm of some wining-Chinese tune being blasted from the speakers. 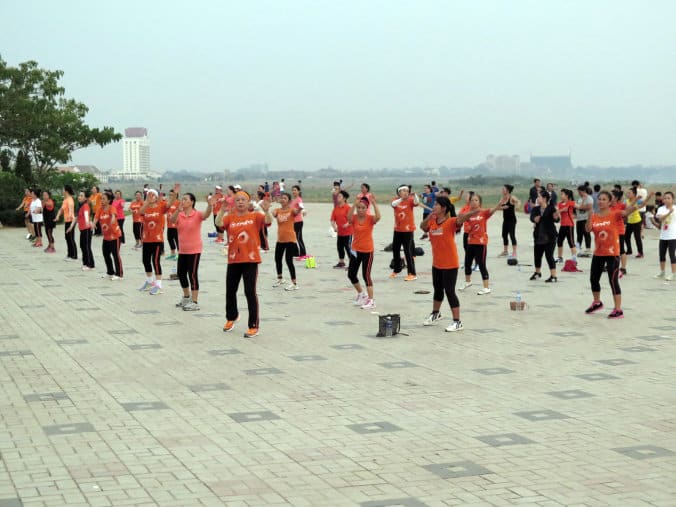 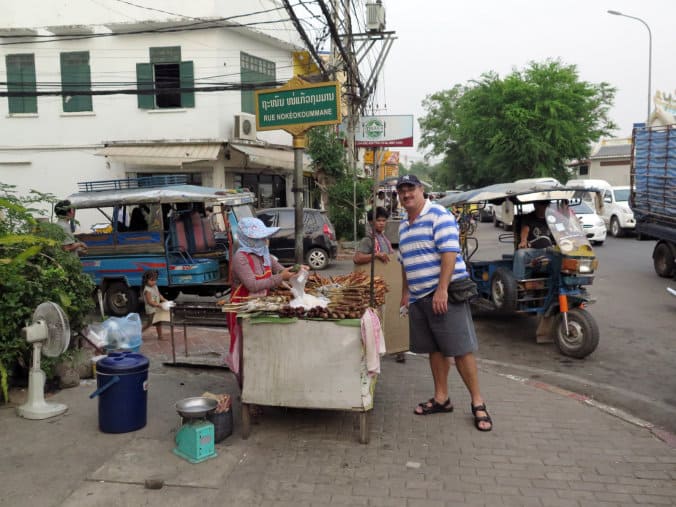 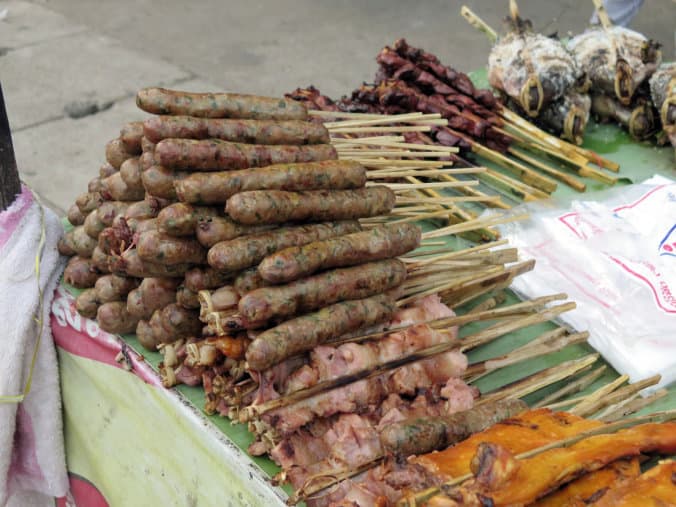 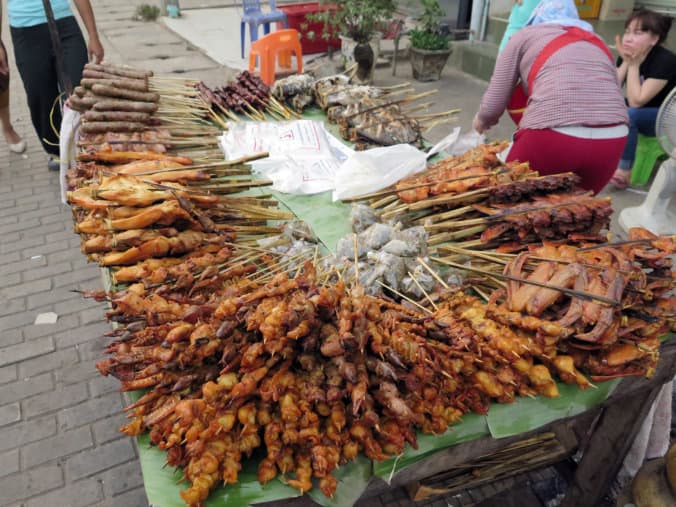 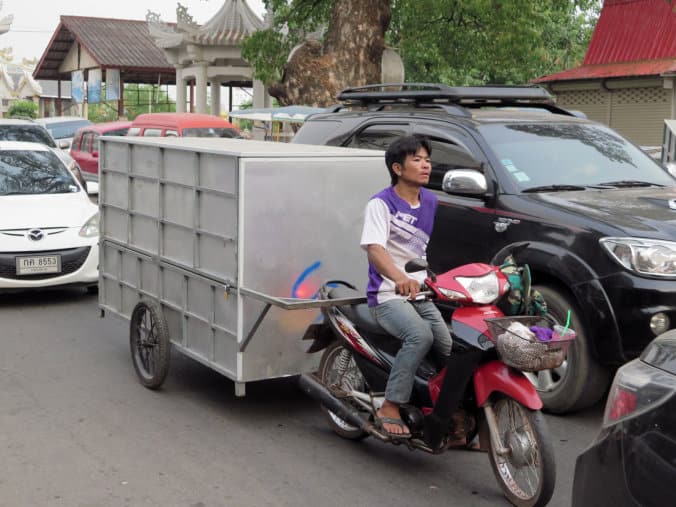 The Tuk-tuks here are cheap and easy to get around with, plenty standing all over with the driver sleeping in his hammock waiting for a fair. 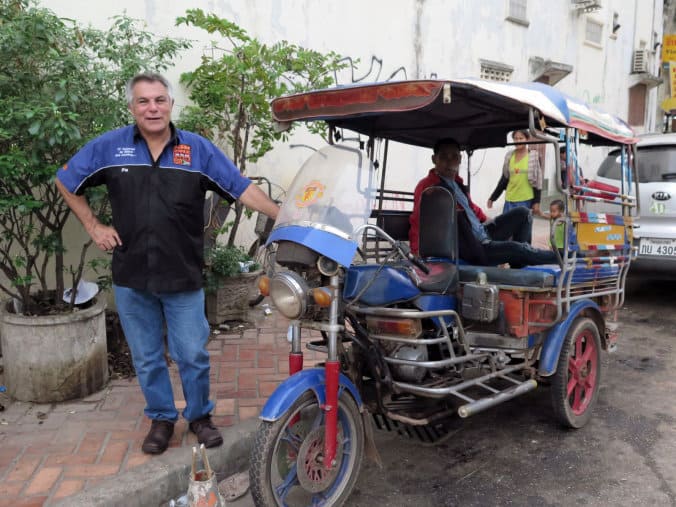 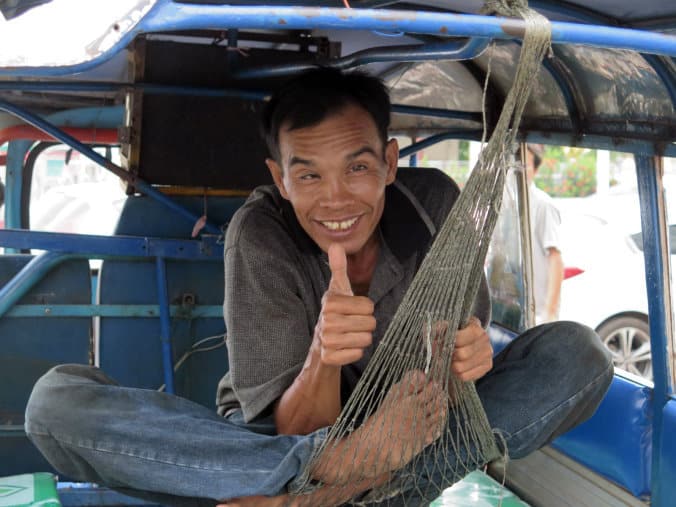 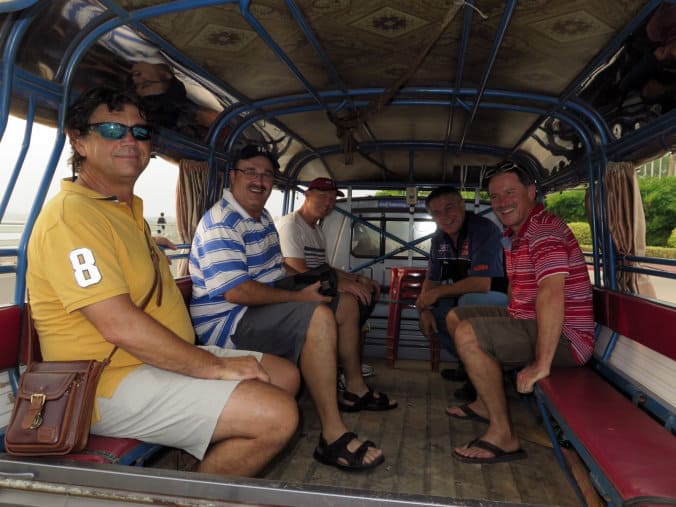 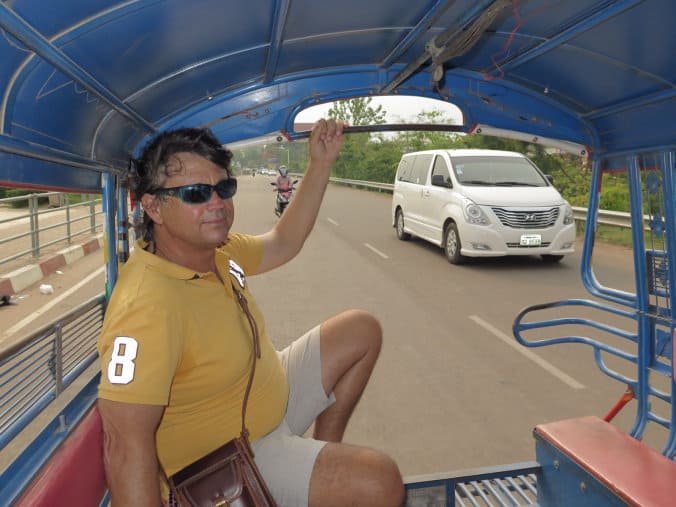 Tomorrow we fly North to get the bikes going and then we will start traveling South on Saturday.

Packing for Leg 10, our Route and much more information