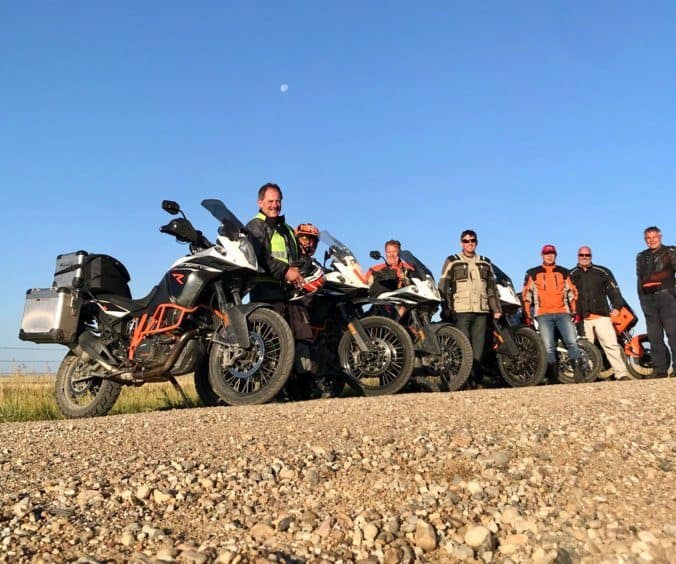 We had another early start, this time we woke up feeling even better as I think we are now starting to “catch-up” with all the sleep we lost during those three days at Oshkosh. The problem was not just the early noise from the aircraft coming in to land or take of (all the “Fly In” attendance that fly in and out for the show has a very early window in the morning in which all the new people arriving and those departing has to land and take off.) My main issue was that sleping in a tent that became very cold at night, on a stretcher,  without a mattress was very uncomfortable and we did not sleep well.

We started the morning with a 100km Gravel road called the “Bad River Road” via Capa, and then the day got even better !! 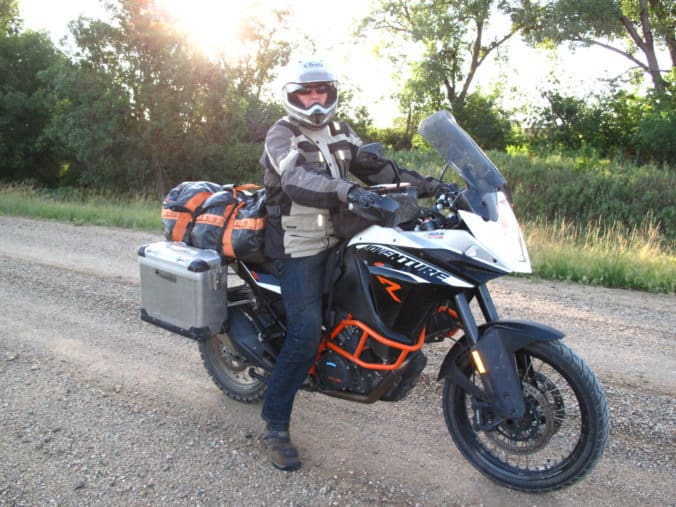 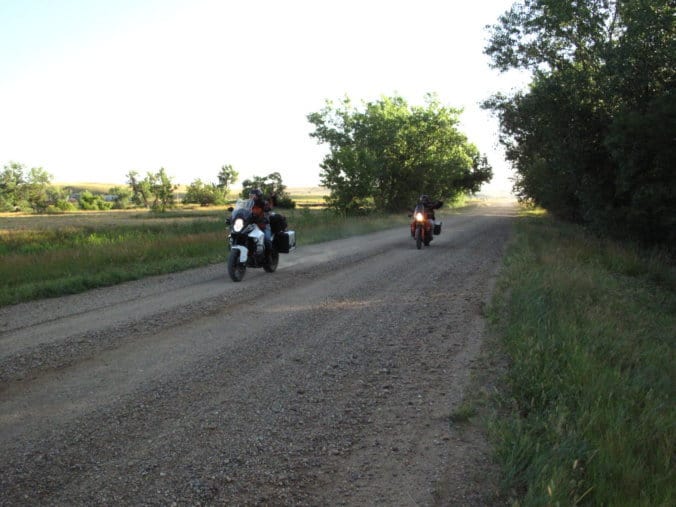 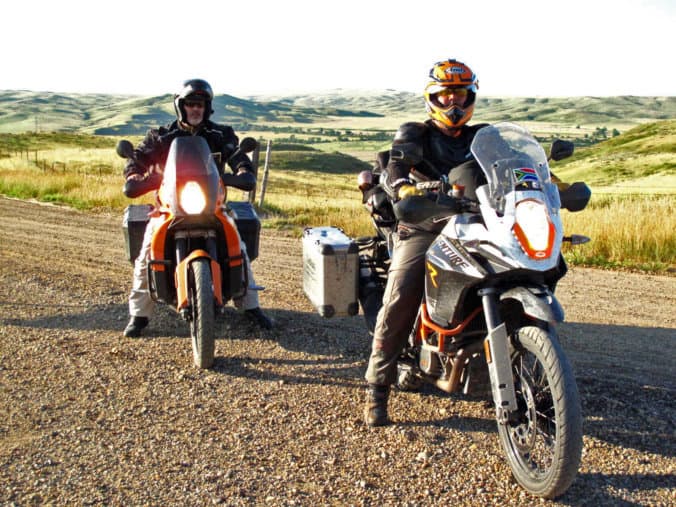 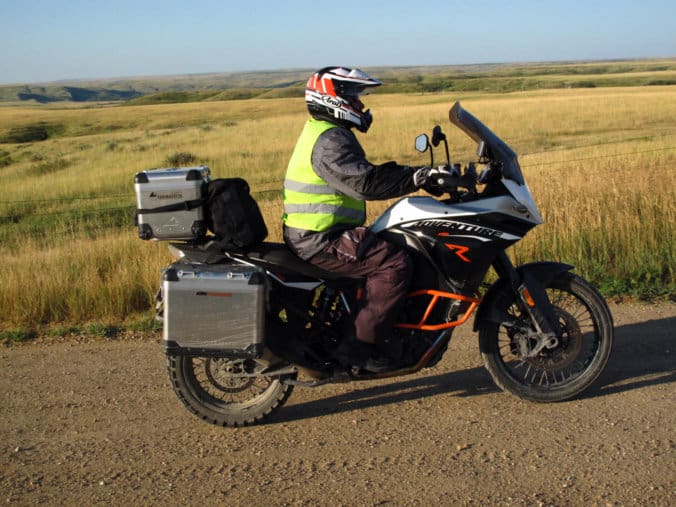 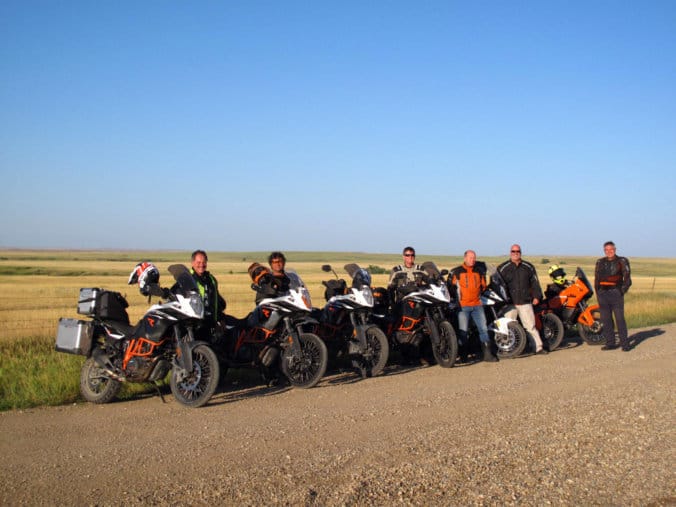 We continued on the 14 West and passed through a few very small towns and continued on to a small town named Wall, the gate-way to the Bad Lands National Park, which is similar looking to Capadosia in Turkey which we passed a few years ago, but this landscape was formed over millions of years ago, first it was a Salt Lake 30m years ago and layers of sand, mud and stone remained, very rich with fossils from animals like the Saber Tooth Tiger and the Three Toe Horse (the size of a dog.) And then erosion did the rest over another few million years. 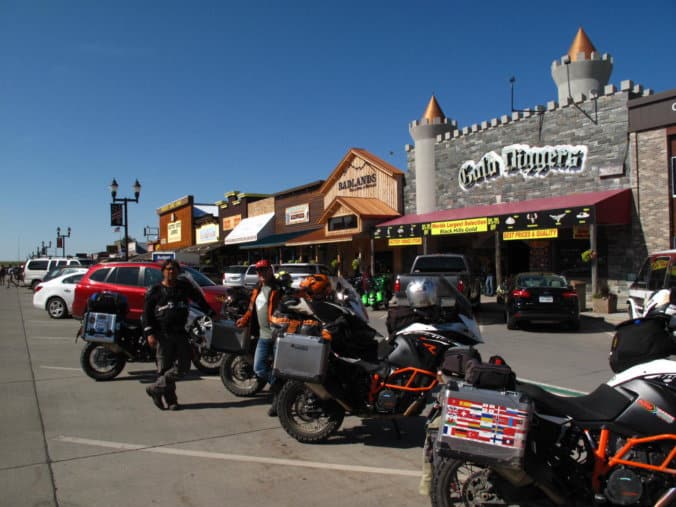 The town of Wall looks like a Cowboy Town and is situated on the Prairie, (remember the old TV show called Little House on the Prairie? You are giving away your age, I cant remember it.) 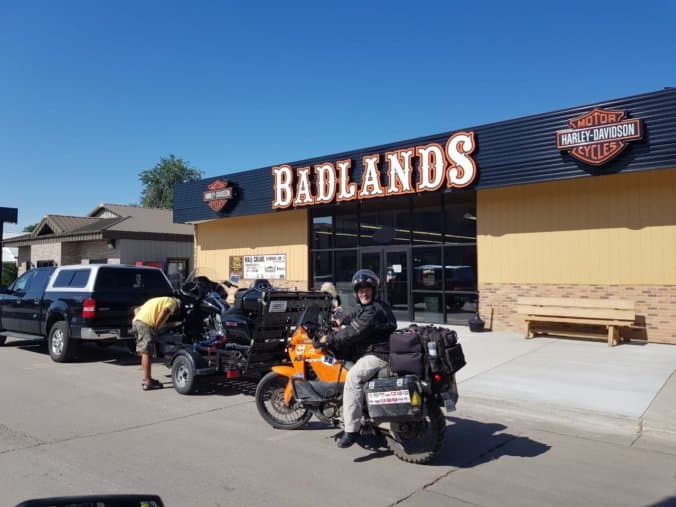 The biggest store in town is the Drug Store (Pharmacy) which had swollowed-up the entire block and is now, apart from the Harley Store, the biggest in town with only a section being a Drug store, the rest is restaurant, coffee shop, clothing, camping, jewelery, hand made gifts and a few catagories more. There is a nice story about how the owner and his wife were ready to move on (1931) as they could not make the Drug Store profitable after trying for 5 years and then his wife suggested they put a few signs on the main road a few miles away offering Free Ice Water, and that got the customers coming and the business just grew from there.

The smallest town we passed today:

(Note the grain\corn\soya Silos in the background, because of the high production in this area there is a lot of infrastructure and jobs related to the movement of all the items produced and therefore the Railway line is super busy all the time with the movement of the harvest out but also the movement of fertaliser and other farming equipment and implements into the area which is the Bread Basket of the USA. 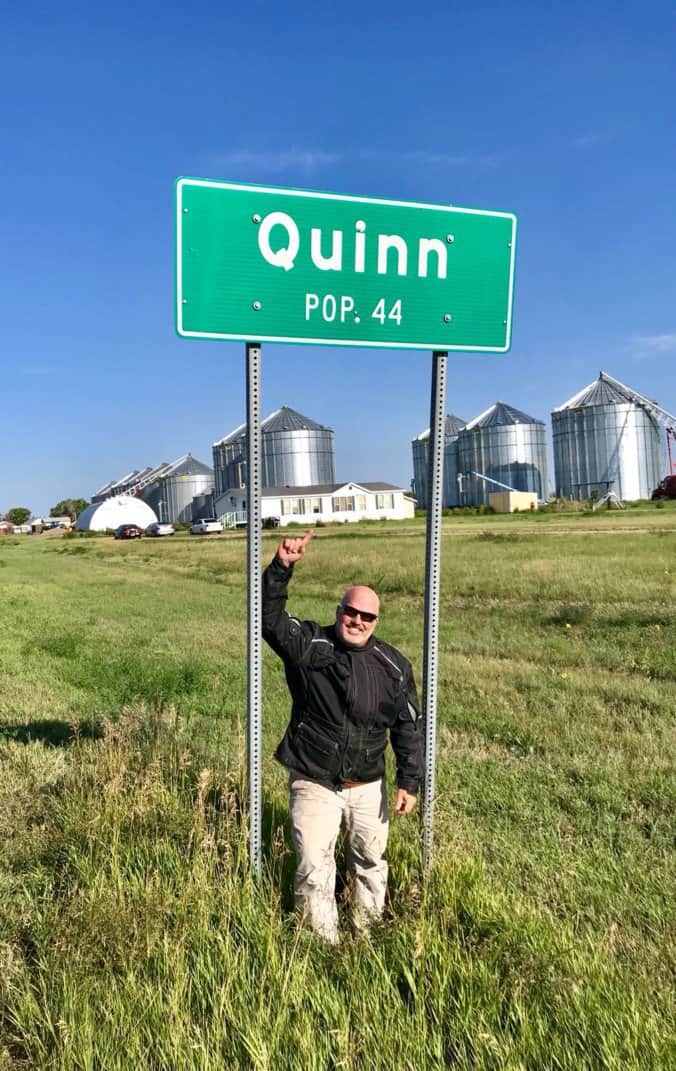 Here are a few photos of the Badlands: 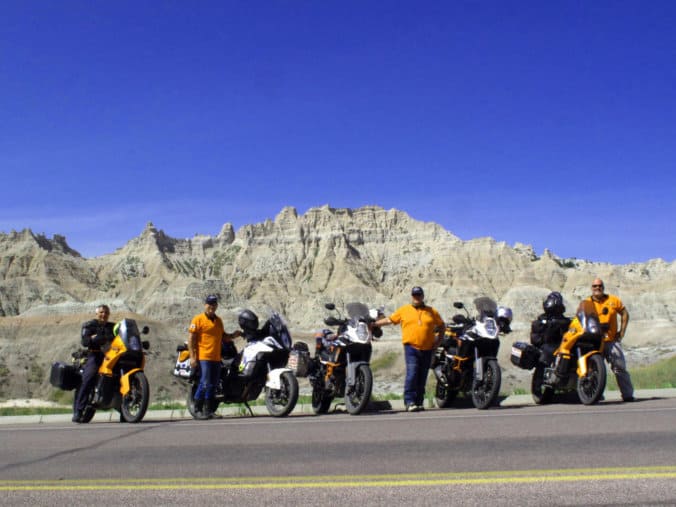 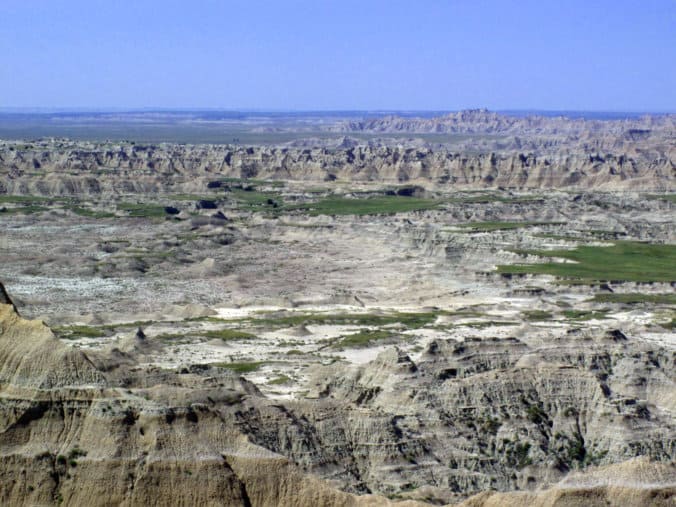 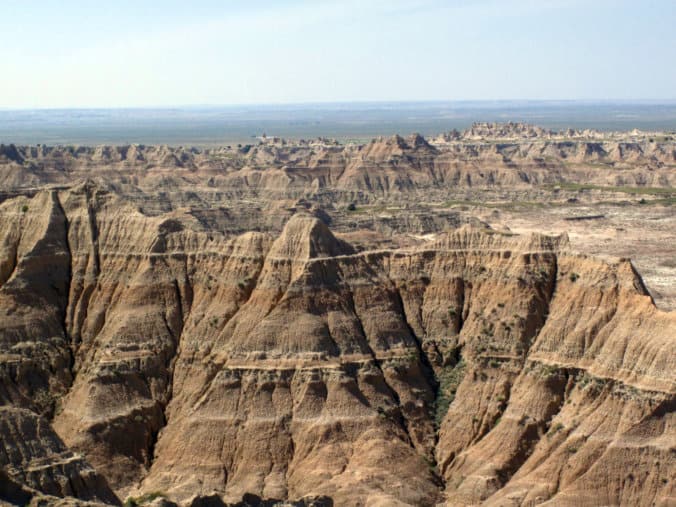 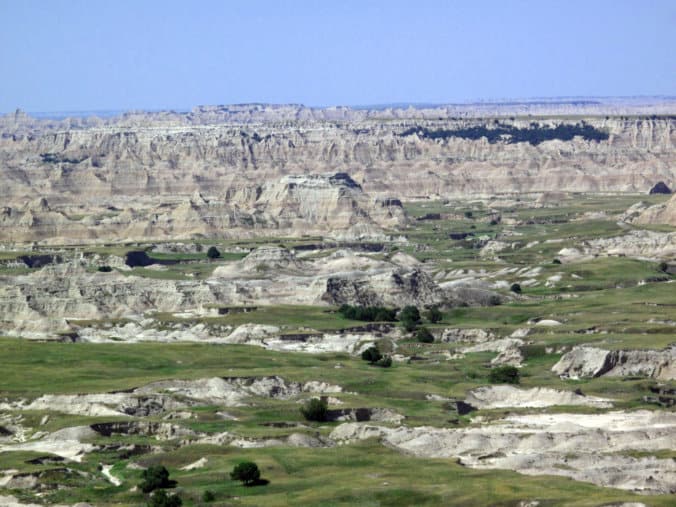 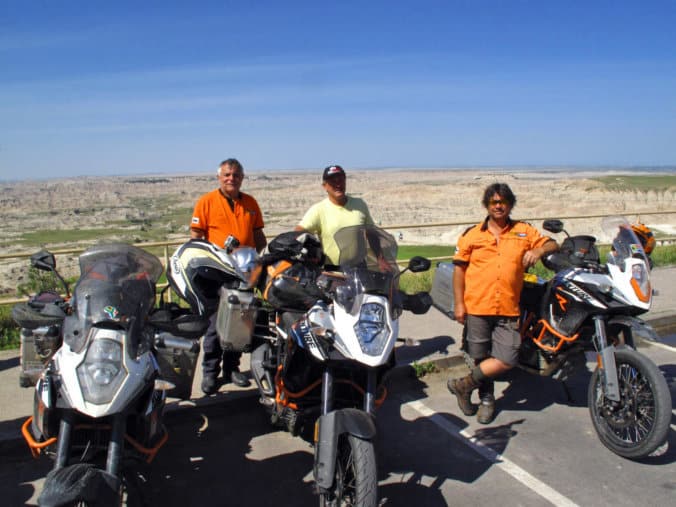 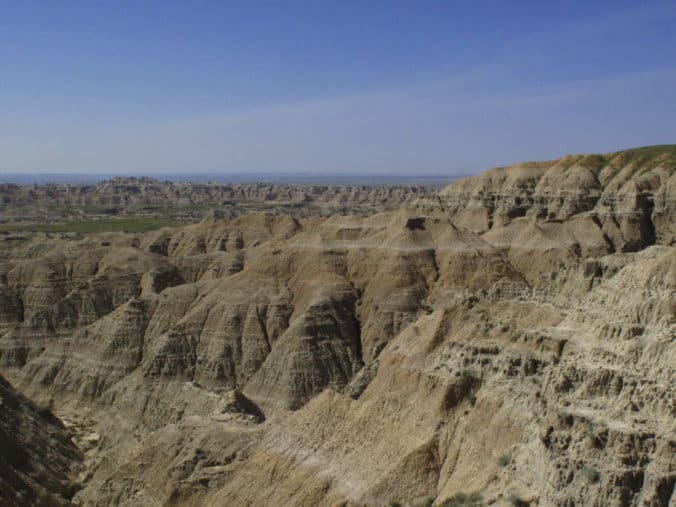 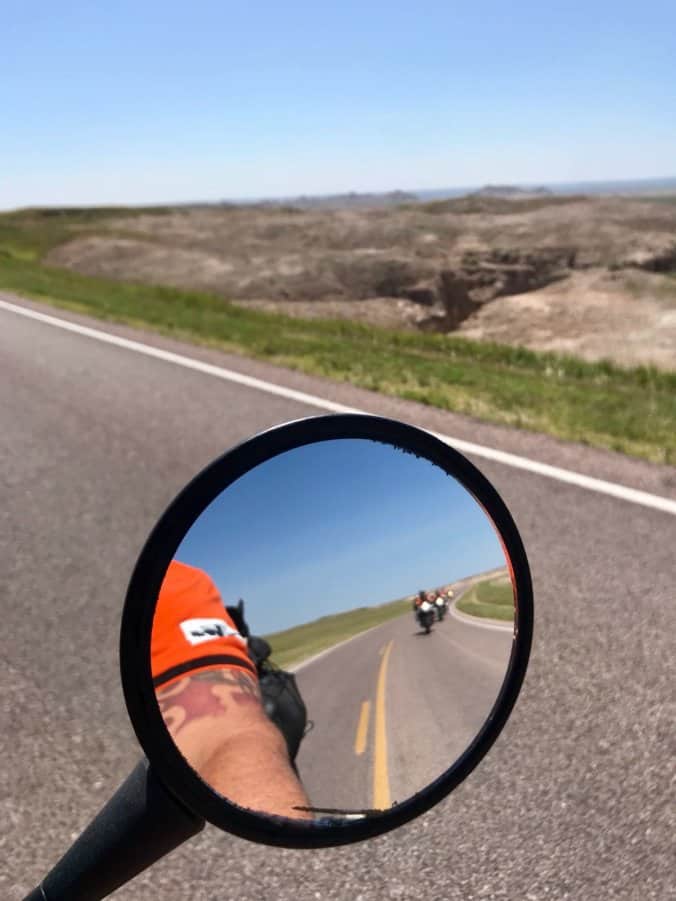 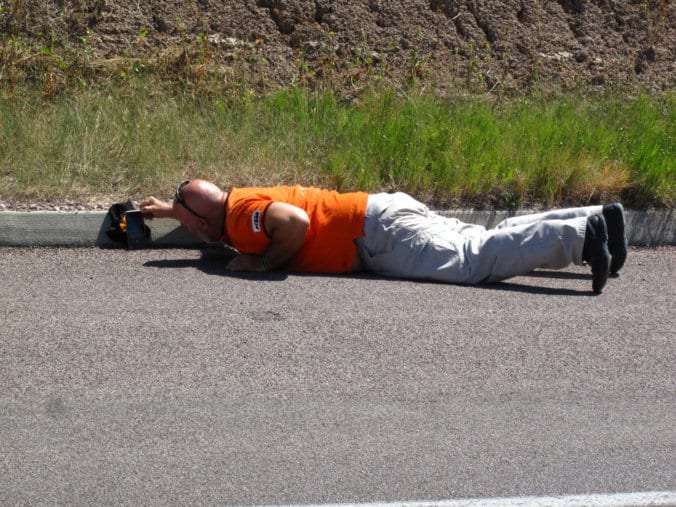 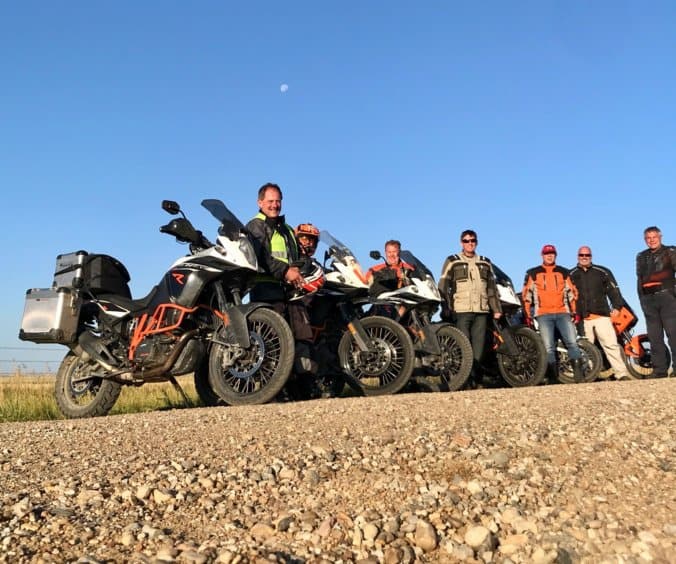 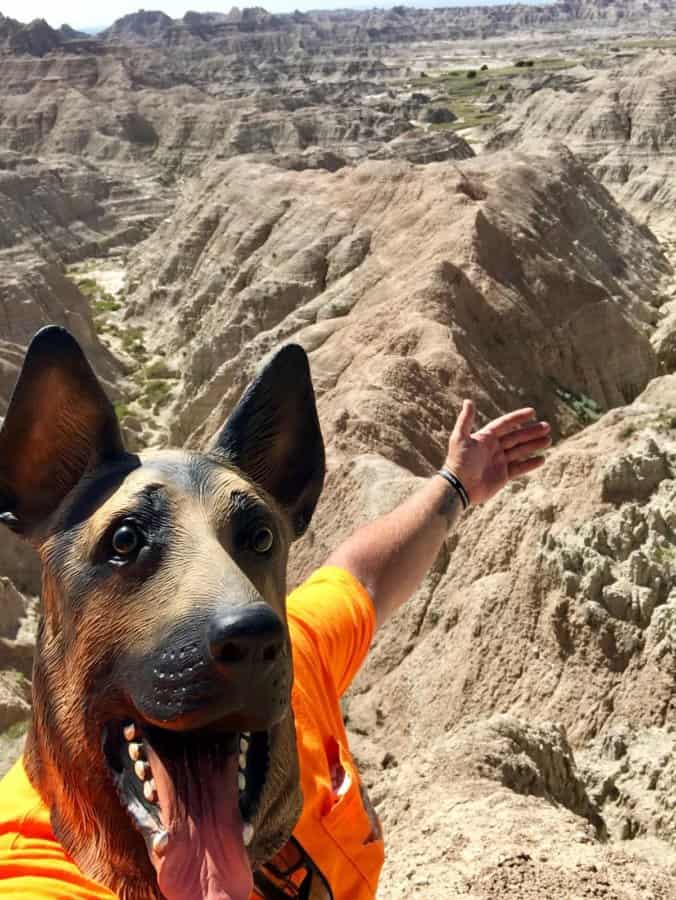 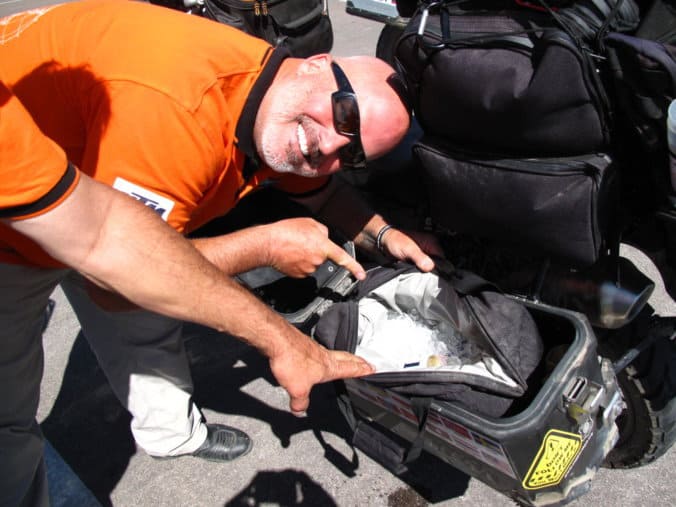 Yesterday Pie and Dog, while putting in fuel, saw a UPS Courier also putting in fuel, so they asked him if they could send a few items with UPS (Pie had bought technical books bigger than 6 Bibles that he mailed to his sisterin the USA and Dog had some camping gear he sent tohis home.) So today Dog had a cold beer for each of us to celebate the morning’s ride. (Its a very light beer mom, no problem.) 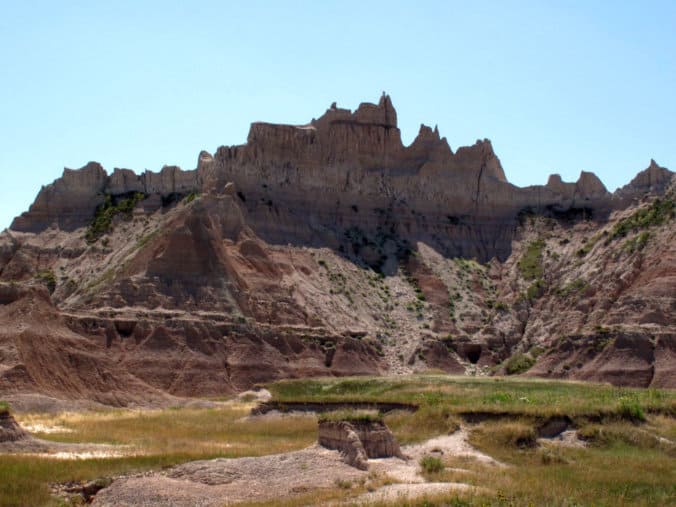 We arrived earlier than expected as we also gained another hour today, we are now 8 hours behind RSA.

We are now getting clean and then we are riding to Sturgis for dinner and there are already hundreds of bikers on the road, most with little trailers and their wives on the back. I cant believe the American Girls wives are built with something different to the RSA wives and I will definately have to challange them to in future jump on the back with their husbands, (maybe much sooner than expected as we have started discussing the next Leg 15 going up Alaska and already sugestions are to make this leg bigger, my cousin from Oz might join us to drive a back-up vehicle for us and even this idea is getting legs, specially at the end of the evening when even Pies big camper is being sent up from Texas with wives and then again other family and friends riding our bikes back to Seattle to put them in storage for us so that we dont have to ride up and down in Alaska.