The 5 of us are back at work and life carries on. Actually, I feel a little depressed as I have actually just been working, (all work and no play makes Johan a dull boy,) but I did make time to plan a few trips (to Hermanus next week, then to Eastern Cape with the In-Laws and then a dive trip to Sodwana in August.) But the other four members of our team has been living-it-up and are having a lot of fun, sadly, without me.

I did however do some changes to the Blog, so if you are receiving this Post via your E-Mail it means you have subscribed to the Blog, thank you very much, but please go and visit the New-Look-Blog to have a look at the upcoming Legs 11 and Leg 12. Simply go to :   https://fleischer.co.za and have a look.

Rocky has been spending a lot of time flying, in this photo below which I took in the town of  Welkom  (Rocky and I and our beautiful wives attended the Wine Guild of Welkom’s  Annual Banquet, at which they not only just paired wine with each of the 7 Courses, but also paired music with the wine, yes, some music goes with some wine, and no, Steve Hofmeyer goes with no wine, it goes only with Brandy & Coke.)

Rocky is on the stepladder checking fuel, apparently something that must be done before every flight, and then there is a test to see if there is any water in the fuel (maybe the petrol thief fills-up the tank with water so you cant notice the fuel level has dropped,) and a long list of other per-flight checks, but I am glad to report that Rocky is very diligent when it comes to safety. Rocky is also busy with training on getting his Instrument Rating as their Syndicate has recently bought a 3rd aircraft with a pressurized cabin which can fly above the  weather, so it has been back to school for him and clocking hours with the instructor in that plane. 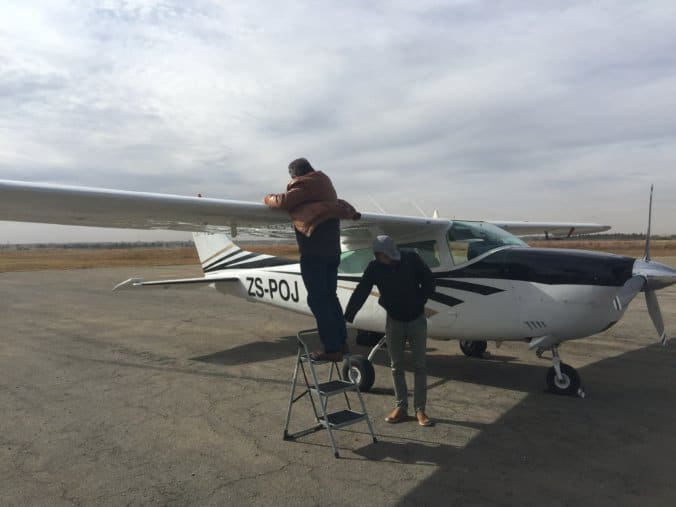 Pie has been very busy with three things :

1) He has been tasked with all the shipping arrangements for the Land Cruiser and the three RSA Bikes which are on their way back to South Africa from Malaysia, so Pie has been running around organizing payments, handling all the correspondence back and forth, getting all our documentation sorted & certified and ready for when the container arrives in Durban today. Pie has also arranged for the road transport of the container up to Johannesburg and hopefully it will be opened in the presence of the Customs guys on the 11th of July.

2) He has been overseeing the restoration of one of the Studebaker’s in his collection, a 1935 Roadster which he bought in the USA after the car was discovered in a barn………….but after the barn had burnt down.  So, after 2 years there is still a lot of work to be done but at least they have started the re-assembly process after all the parts had been stripped, restored, some replaced, (some re-made) painted, treated etc.  You might remember we went to see a Doctor who owns one of these roadsters when we passed through Oslo on our Norway Leg just to go and see his  Roadster as there are only a hand full of these Roadsters left in the world as very few were ever made.

Below is a photo of another Roadster already restored belonging to another collector, Pie hopes his will look the same, he will also be painting his also Yellow. Both my daughters have already booked this car for their wedding day, (one day in the future when they get married.) 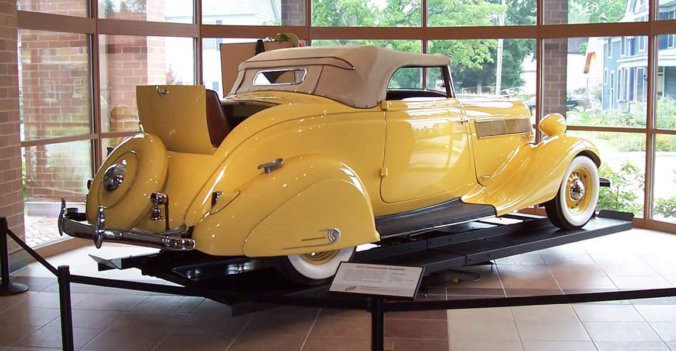 3) Pie and his son Alex has been racing, they make a very good and formidable team, (Alex is a very capable driver and there is no better skilled “technical” guy to handle the mechanical side as his father, Pie,)  and they are currently in 6th place in the Formula Ford Series, but also currently in 1st position in the Historic Endurance Racing Class, (see below photos of their newly-built-to-1972-specs-car which has put them in the lead this season mainly due to being more reliable than their competitors, (the Historic Endurance Races are usually a two hour race.) 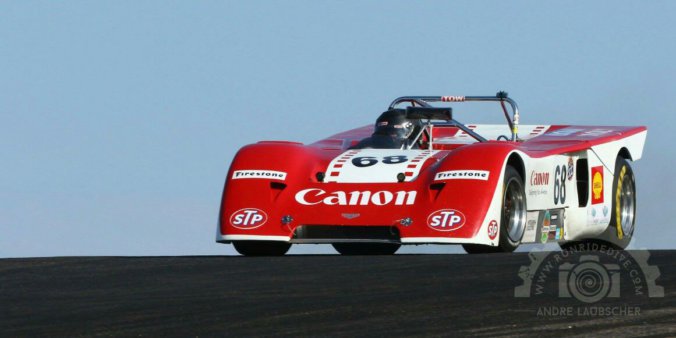 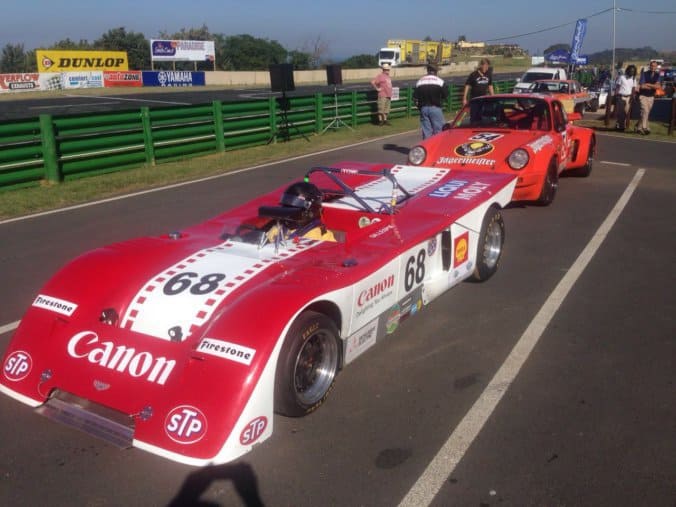 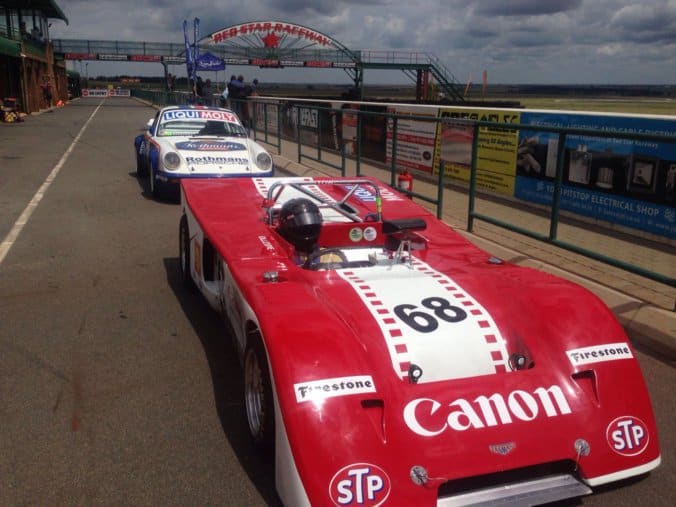 Peens had the most holiday since we returned, (he claims he works 18 hours a day, 7 days a week so he feels he deserve more time away flying his para-glider or fishing off his Jet-ski, or scuba diving, he is currently in Mozambique again.)  This photo is of the “Whahoo” game fish he caught on the South Coast during the annual Sardine-Run,  it weighed 34kg, and word has it this monster-fish dragged him and his Jet-ski almost to Madagascar and back before he managed to reel it in. 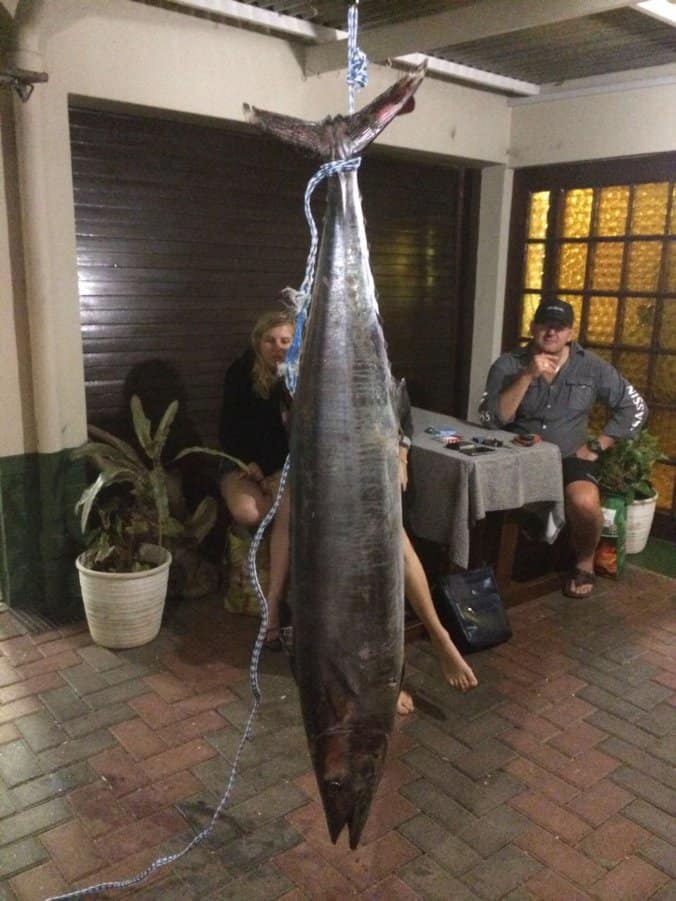 Tex and his Girlfriend Amy went to Russia where Tex ran the St. Petersburg Marathon together with Sergei (you might remember our Russian friend who drove our Back-up-Vehicle on Leg 8) and Sergei’s son Andrew ran a shortened Marathon. All three of them finished. 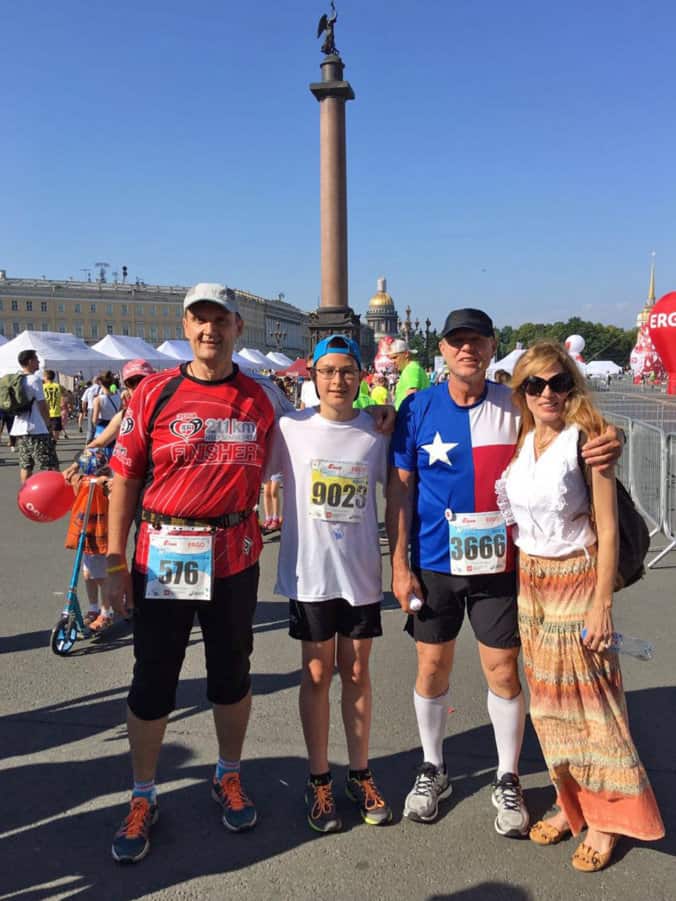 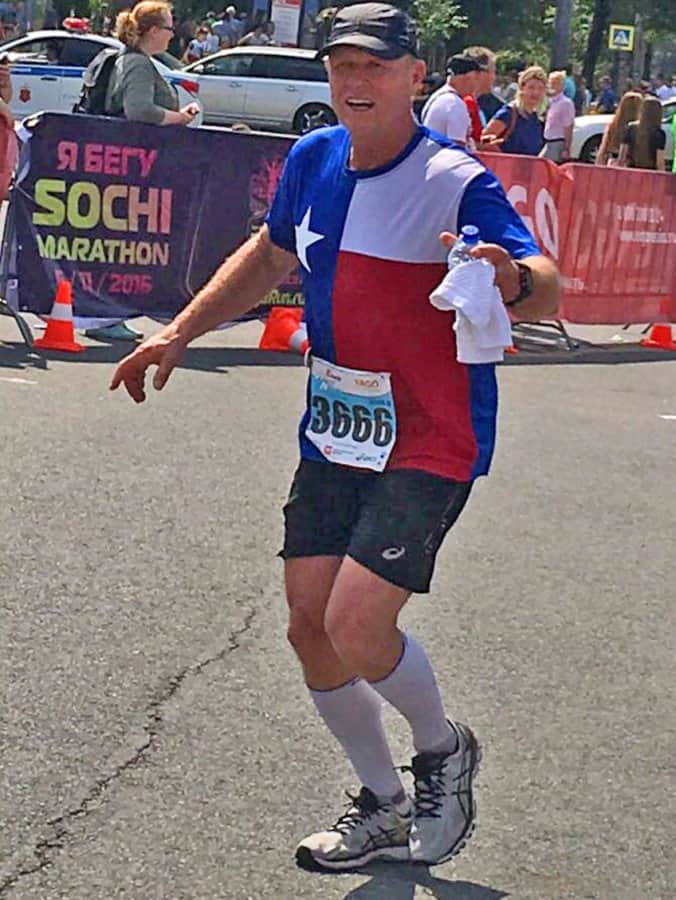 Tex has been setting-up a business in China since 2012 and is returning to Texas after not being home in 4 months. I hope he will now have time to do the planning of the 1st of the USA Legs as he will be in-charge of the route planning for the third Continent.

As you can see, the others are having loads of fun.

You might remember I promised to send you the video-clip of the policeman leading us against the traffic through a toll-booth and onto the correct road when we got lost trying to miss Bangkok on the last leg, please click on the arrow below to have a look at this maneuver. If this clip works I hope to in future blogs post a few more videos.